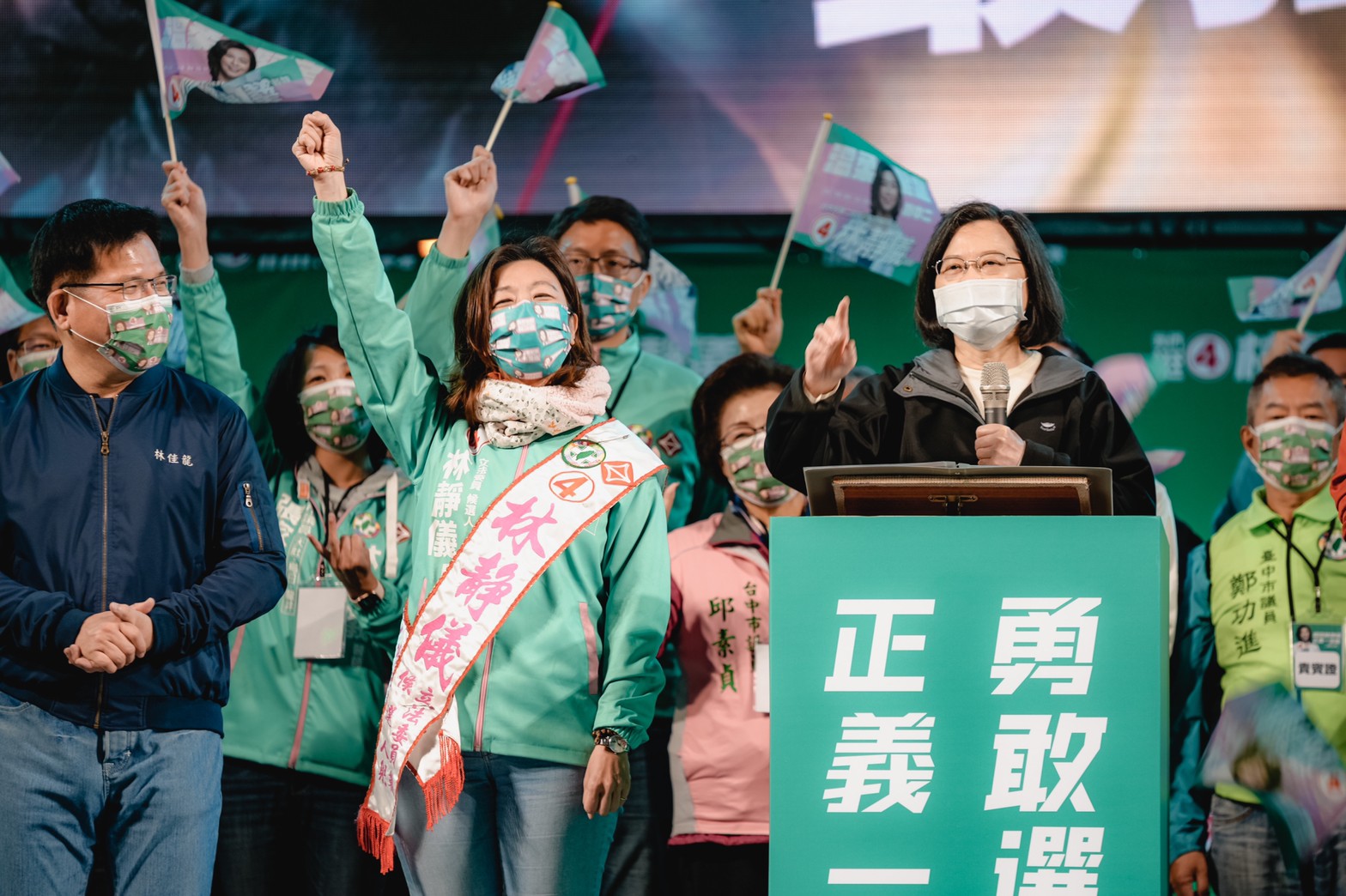 The opposition Kuomintang (KMT) suffered yet another defeat on Sunday, 9 January, with Freddy Lim retaining his seat in the Zhongzheng-Wanhua constituency of Taipei City and the ruling Democratic Progressive Party (DPP) gaining a seat in Taichung with Lin Ching-yi’s victory over Yen Kuan-heng in a by-election. Although recalls, by-elections, and other votes are more commonly held on Saturdays, both votes were scheduled for Sunday because of civil service examinations on Saturday.

In Taipei, Lim was targeted by a recall petition organized by pan-blue Taipei city councilor Chung Hsiao-ping in the wake of the Covid-19 outbreak that broke out initially in Wanhua in May, which was the only major Covid-19 outbreak experienced by Taiwan to date. Lim is an independent legislator formerly of the New Power Party (NPP), but he is currently supported by the DPP.

In Taichung, Lin and Yen were competing for a legislative seat previously occupied by Chen Po-wei of the pan-green Taiwan Statebuilding Party. Chen was recalled in October, as part of a series of “revenge recalls” targeting young, pan-green politicians as retribution for their strident criticisms of then Kaohsiung mayor Han Kuo-yu. This ultimately resulted in Han’s successful recall by a large margin in June 2020. The other major pan-green political figure that has been recalled to date is former DPP Taoyuan city councilor Wang Hao-yu, who shared with Chen a combative public image.

Like other pan-green politicians that survived recall votes directed at them, Lim managed to do so because the benchmark for the vote to be binding was not met. This was what also took place when then-New Taipei legislator Huang Kuo-chang of the NPP and Kaohsiung city councilor Huang Jie faced recall votes, in which case neither of the votes met necessary benchmarks–though more votes were against Huang Jie’s recall than for it. With 54,813 votes in favor of Lim’s recall and 43,340 votes against the recall, Lim narrowly survived. 58.756 votes would have had to be in favour of the recall for it to be binding.

Lin Ching-yi’s victory in Taichung was by a larger margin, with Lin winning by 88,752 votes to Yen Kuan-heng’s 80,912 votes, and the overall turnout was higher. Yen Kuan-heng previously held the legislative seat that Chen Po-wei won from him in 2016, succeeding the position after his father Yen Ching-piao was jailed on corruption charges.

One can compare and contrast Chen’s response to the recall campaign that he faced with Lim’s. Namely, Chen was relatively quiet about the recall vote, perhaps with the aim of avoiding turnout high enough that it could have met the necessary benchmarks.

By contrast, Lim and the DPP conducted a high-profile battle against the recall. Younger politicians of the pan-green camp campaigned on behalf of Lim in the weeks prior to the voting date, appearing at rallies, sessions in which Lim greeted passers-by on the street, and bicycling around Zhongzheng and Wanhua with Lim.

Though Lim avoided the recall and Chen did not, it is unclear whether this was due to a different approach. After all, the recall vote against Chen did meet the benchmark to be binding, while the recall vote against Lim simply did not. One also notes that the young politicians that managed to avoid recall, Lim and Huang Jie, were not aggressively confrontational in their political style in the way of Chen or Wang.

That being said, one also notes that the KMT mobilization faced by Chen seemed to be stronger, while the KMT’s campaigning against Lim was unusually half-hearted. While the DPP plastered the area with banners and posters and rented billboards as part of its campaigning, the KMT only seemed to rent a few billboards. Speaker trucks opposed to Lim appeared in Zhongzheng-Wanhua.

Most significantly, former KMT legislator Lin Yu-fang–who Lim ousted in 2016 and has angled to regain his seat since–did not participate in the recall campaign against Lim the way that Yen Kuan-heng and Yen Ching-piao participated in the recall against Chen Po-wei. Instead, the recall campaign was fronted by Taipei city councilor Chung Hsiao-ping, who may have been angling for Lim’s seat as a legislator by ousting him. Yet Chung may not have received much support from the KMT, perhaps due to his history of throwing his hat into the race for Taipei mayor even when he may not have been the preferred candidate of the party leadership, potentially disrupting their plans for the party.

If anything, however, despite the KMT having succeeded in recalling Chen, this may have invited disaster. Namely, apart from expending resources and political capital on the campaign to recall Chen, the KMT provoked a sense of crisis from the pan-green camp and led to greater scrutiny on the doings of the Yen family.

Yen was attacked in the media for illegal construction on protected land in a mansion owned by him and there was much media speculation as to whether the influence of the Yen family might be waning, as reflected in shifting voting trends in Taichung. Media coverage of the Yen family is not unusual, but the media pile-on seemed a qualitative shift from other times.

The results of the national referendum that took place in December also resulted in a pan-green win, with the KMT’s four referendum proposals voted down, and a majority of those that cast their vote complying with the DPP’s platform on all four questions–rather than any intermediate position between the KMT or DPP. Along with its win regarding the recall and by-election, the DPP has a stronger position going into local elections later this year. Likewise, two years into her second term, Tsai Ing-wen seems far from a lame duck, which might have otherwise occurred had the DPP faced a series of losses.

The referendum result may have affected the recall and by-election result, encouraging further support for the DPP, or both may reflect strong public support of the DPP at present. Indeed, the KMT might have had greater odds of success had it not sought to make recall votes it organized into a de facto referendum on the DPP’s governance as a whole. The KMT framed the referendum last month, too, as a referendum on the DPP rather than about four specific national issues.

It remains to be seen if more recall campaigns and referendums will follow in the future. There have also been some calls for further changes to laws regarding recalls and referendums, given the public expenditure. If the DPP attempts this, the KMT is likely to allege that the DPP is infringing upon the institutions of Taiwanese democracy. Nevertheless, the DPP’s recent successes may give it a mandate to make such legal changes.

Yet the KMT may have been hoping to replicate its 2018 successes with the recall vote last month and that Chen Po-wei’s recall would be the start of a wave of successful recall campaigns against pan-green politicians but campaigning for recalls or referendums requires both parties to expand resources, time, and energy that they may not necessarily wish to commit in the future either. For his part, during his victory speech, Freddy Lim commented that he hoped to be the last target of “revenge recalls” and stressed that recall mechanisms could be used for political interests in a way detrimental to the functioning of Taiwanese democracy.