Taiwan is working to plug tax loopholes and build more public housing, but can housing affordability be more than just a pipe dream? 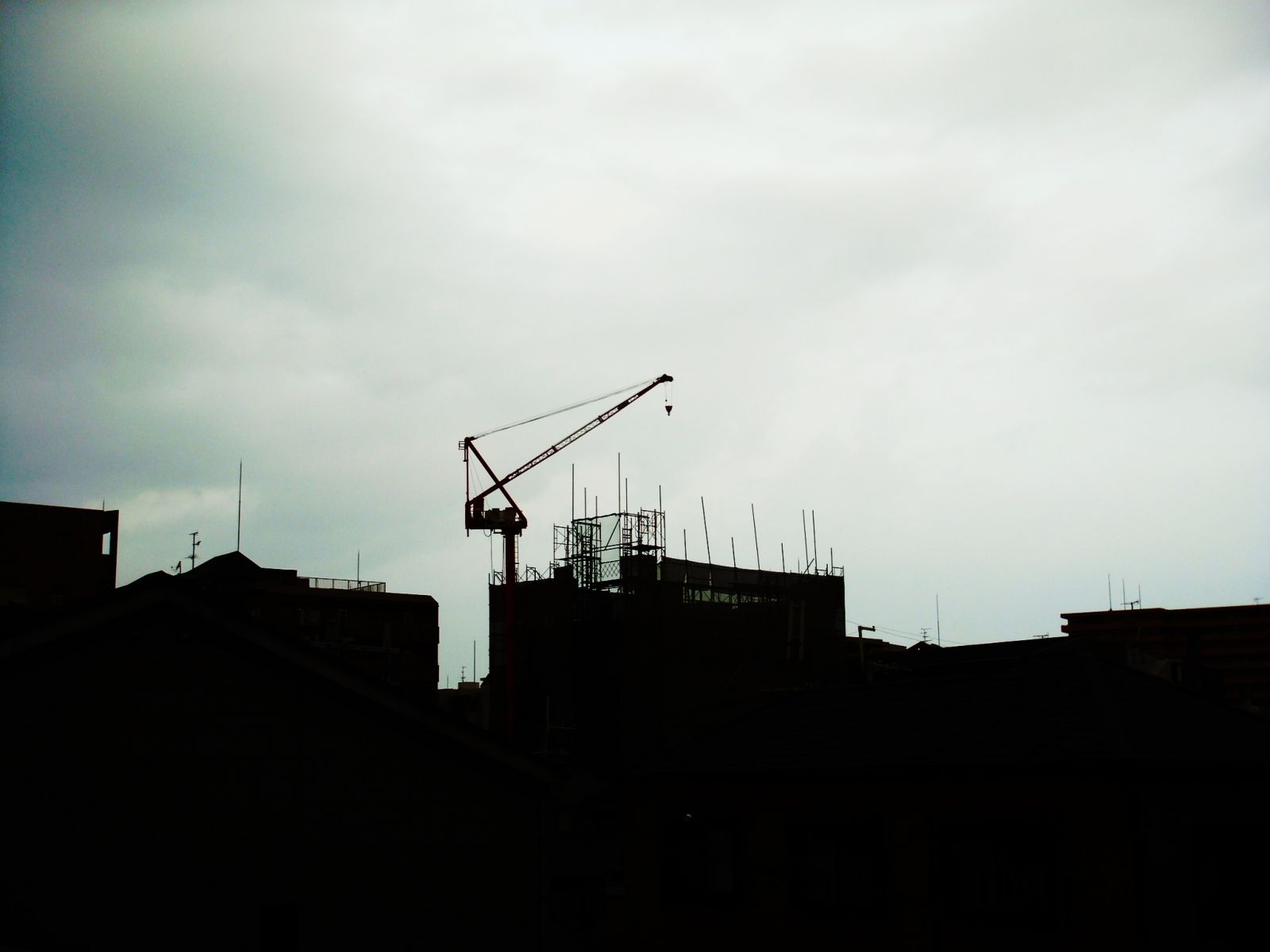 From bathrooms on balconies to kitchen bedrooms, renters in Taiwan gather on Facebook groups and pages like Taiwan Rental Madness to poke fun at absurd real estate images, voicing a kind of collective anguish over the nation's housing situation.

Such is the popularity of these groups that even politicians are in on the joke. On a post featuring a wardrobe with an electrical socket inside, legislator Lai Pin-yu (賴品妤) commented: "Thought there'd be a toilet inside. Very disappointed."

Where there is land, there is wealth. So goes the old Chinese adage, baked into the nation's cultural mindset. For younger generations in Taiwan, however, land often only comes with dysfunctional homes that they can't even afford to own.

Owning a home in the nation's biggest cities has never looked so daunting: Taiwan's current national housing price-to-income ratio stands at 9.07, with Taipei, New Taipei and Taichung at 15.79, 12.13 and 9.87 respectively, according to this year's figures from the Ministry of the Interior. The price-to-income index, predominantly used as a metric for housing affordability, measures how many years of a median household income would be required to buy a house at the median price.

As Liling Huang (黃麗玲), an associate professor from the National Taiwan University Graduate Institute of Building and Planning, explains, anything above nine is considered a ‘pain point', while anything between six and nine is considered normal. "But we're already far from that figure," she says.

In fact, Taipei City is so far gone that the cost of the home ownership dream in the capital is roughly 15 years of income – before living expenditures are even tacked on. As is often referred to in Taiwan, it is an income without eating nor drinking ("不吃不喝").

Huang works out the math: "Hypothetically, for a young person in their early thirties to buy a house, it would take them until probably after retirement to pay off their mortgage."

Priced out of the market from the outset, this kind of real estate ‘unreality' has become a generational ennui – so much so that over half those surveyed by Housing Movement (巢運) earlier this year considered home ownership to be "hopeless in this lifetime". Of those surveyed, 70% were under 40, but only 10% were able to purchase their own property.

Indeed, home ownership in Taiwan increasingly skews older, leading to a generational gap in the market. 2019 figures from New Taipei City's department of budget, accounting and statistics showed that nearly 27% of homeowners in the city were aged 65 and older, while those in the 30-39 age bracket made up less than 10%.

Taipei City is also ageing. As part of the city's first efforts in analysing home ownership by age, 2017 figures from the department of land administration showed that, despite only accounting for 28.2% of the population, those between the ages of 50 to 69 made up over half of all homeowners in the city. 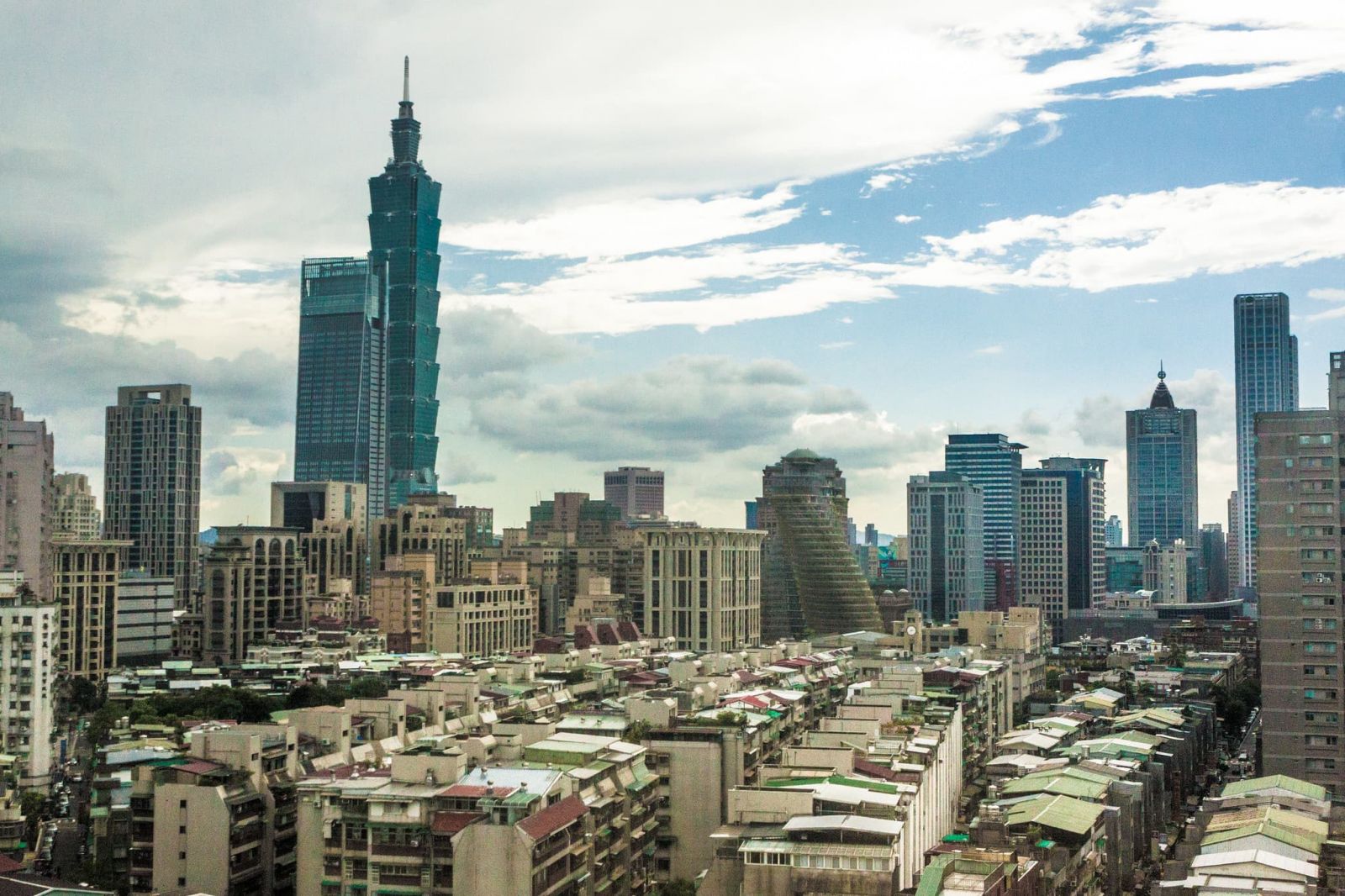 A speculative nightmare
When my father purchased his apartment in 2000, a modest two-bedroom in New Taipei's Yonghe District, he paid just over NT$2 million. Fifteen years later, he sold the property for NT$8 million. According to the Brookings Institution, average housing prices in Taiwan rose 70% – while wages remained stagnant – between 2005 and 2014.

Factors like the return of Taiwanese overseas capital from China, tax incentives and low interest rates all worked to help the real estate boom, quickly transforming housing into a hot financial commodity, as well as a market rampant with speculation.

In recent years, the Tsai administration has been eager to rein in an out-of-control housing market, with attempts to stamp out speculative practices.

Since 2020, the cabinet has passed a series of property and tax amendments geared towards greater market transparency and balance. In particular, changes to the ‘Integrated House and Land Transaction Income Tax', which came into effect in July this year, would impose the same tax rate on property sales for companies as for individuals.

Previously, individuals were taxed at 45% for gains on sales of property made within a year of purchase. Gains on property sales for companies, on the other hand, were taxed at 20% as part of the corporate income tax structure.

The loophole created incentives for many speculators to set up companies solely to buy and sell real estate. 2020 figures from the Ministry of the Interior indicated businesses engaged in significantly more short-term property transactions than individuals. Moreover, of the nation's 110,000 or so corporations, nearly 12% owned more than four residential properties.

Other changes under the ‘Equalization of Land Rights Act' would tighten pre-sale home transactions, such as the banning of ‘red sheet' trading. Red sheets refer to purchase orders – rather than the purchase itself – for pre-sale homes before project approval; investors could then turn a quick profit by selling red sheets to third parties, fuelling speculation.

While these current measures seem to be targeting overt speculative practices, some critics are calling for more to be done for true housing justice. Legislators such as New Power Party chair Chen Jiau-hua (陳椒華) have urged the government to introduce taxes for vacant homes, arguing that the redefinition of short-term property ownership "would not stop those with ‘deep pockets' from hoarding houses". 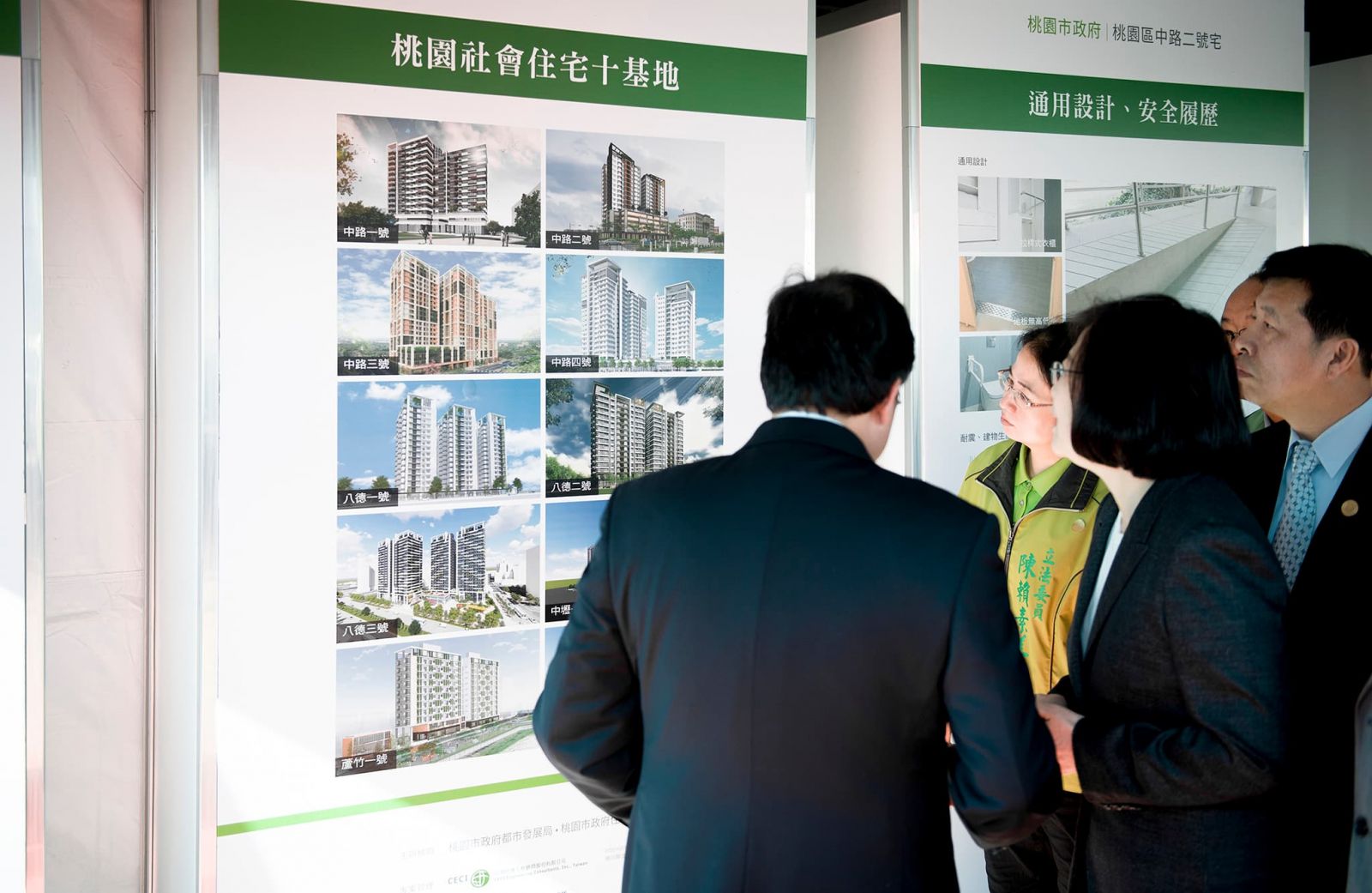 Too little, but not too late
As housing prices continue to soar, the national conversation around housing justice, too, has grown more heated. On top of efforts to stamp out housing speculation, the Tsai administration has also pledged to build more social (or public) housing as a way to create more balance in the market. Last year, Tsai touted plans for 120,000 social housing units by 2024.

Historically speaking, Taiwan's social housing supply has been scarce, suffering at the hands of policy (or lack thereof), as well as a bad rap. 2020 figures from OURs (Organization of Urban Re-s) showed social housing made up only 0.18% of the nation's total housing stock – falling behind other advanced nations such as Japan or The Netherlands.

According to professor Liling Huang, who formerly headed OURs, Taiwan is still new to the concept of the Western-style public housing, which is predicated on renting, rather than ownership.

"I think social housing, by this definition, is something that Taiwanese people need to learn about," she says.

"Previous policies were quite against this experience. It doesn't mean that citizens didn't have this need, but this need and this concept continued to be marginalised."

Though there were some early examples of social housing, Huang says these were few and far between. "It's not really until this recent wave that we truly have had experience in this area of social policy," she says, adding that much of what organisations like OURs and planning experts like herself hope to see is a correction of previous government disinvestment from social housing.

Huang notes that much of the efforts in social housing activism and policymaking came from learning from others' mistakes, but also looking to positive European examples. She notes that they were supported by policy advisors such as Jeroen van der Veer, vice director of the Amsterdam Federation of Housing Associations, who sadly passed away in December last year.

Taiwan's social housing, whether at the federal or local level, has been a long time coming. While injecting supply may often be seen as an easy fix to a market problem for many, Professor Huang says the amount of social housing needs to greatly increase before real financial impact is felt.

In many ways, Taiwan's discourse on housing justice is only just beginning. Where last month, Berlin voted to expropriate properties from big landlords in a groundbreaking referendum, Taiwan is still just ironing out the details and wearing in its new measures. Just last week, when prospective buyers swarmed a new pre-sale project in Taichung's Beitun district, with rumours that two-bedroom units were sold out in two hours, authorities found illegal red sheets for over 50 units had been traded. The developer will face up to NT$500 million in fines.