Covid-19 compliance may be slipping 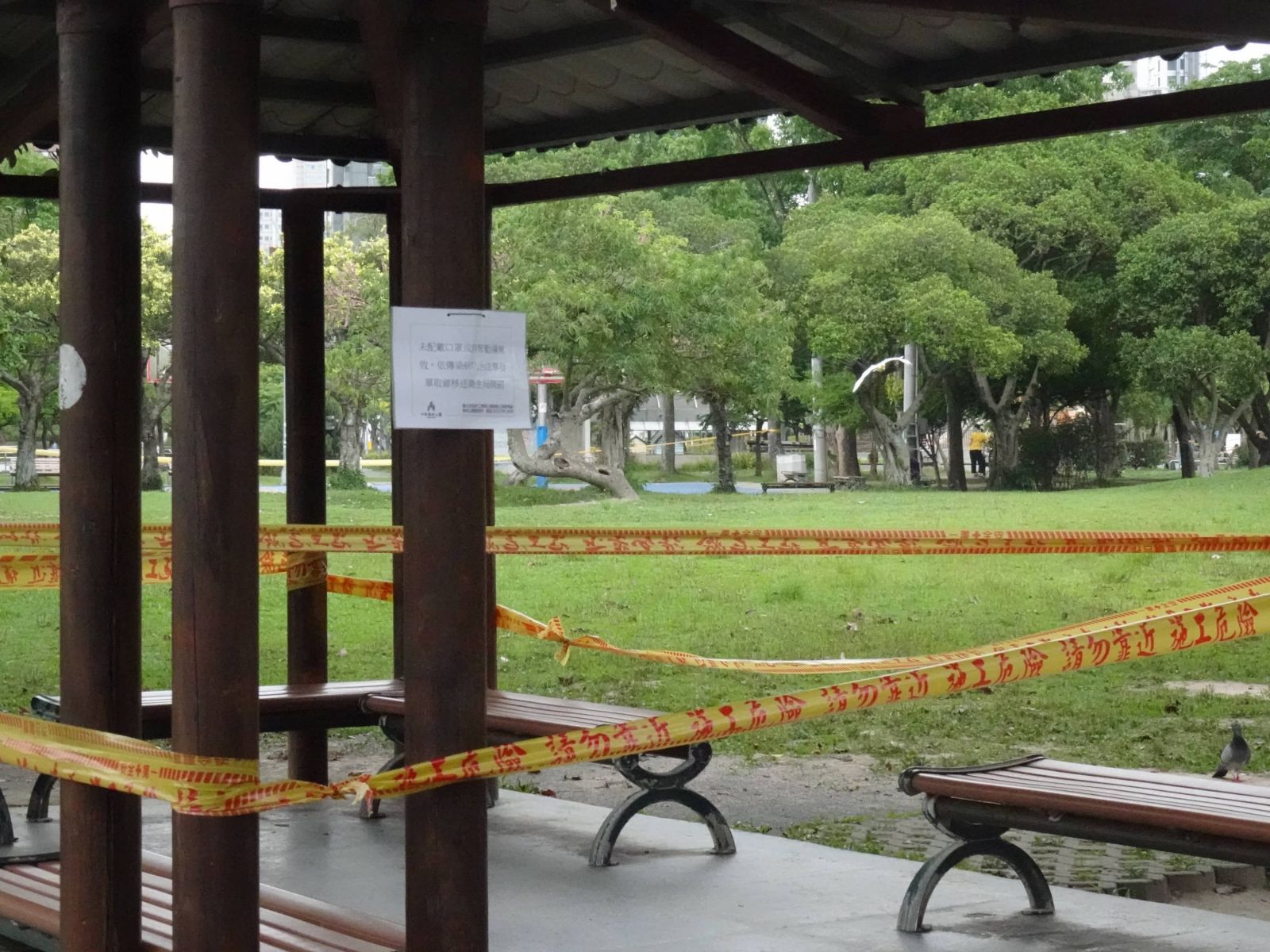 Will the tape be removed any time soon?

As 12 July gets ever nearer, public anticipation is growing that the Level-3 pandemic alert will be lifted and there is hard evidence that people are getting out and about more. With just 28 new Covid cases reported on 5 July, the lowest number since 14 May, the day before the current alert was introduced, there is some reason for optimism that the measures – and the high level of public observance – are having the desired effect of containing the virus’ spread, which had threatened to get out of hand.

At the same time, the distribution of vaccines has started to move forward and, on the back of heavy promotion from central and local authorities, people’s vaccine hesitancy has receded somewhat. Nevertheless, supplies remain a major problem and availability is far from universal. So far, only 11% of the population have had their first dose, with a miniscule 0.2% fully inoculated.

And new clusters of cases keep popping up, particularly around traditional markets, the latest outbreaks being Huannan Market and Yongchun Market on opposite sides of Taipei.

Small wonder that the government is trying hard to pour cold water on people’s expectations, with Premier Su Tseng-chang (蘇貞昌) saying yesterday that the time is not right to lift the alert given that community transmissions are still occurring. Health Minister Chen Shih-chung (陳時中), backed up the comments, saying that a final decision on whether to scale back the Level-3 alert, has yet to be made but plans are being made to adjust some existing restrictions.

Despite the official line of caution, various sources of mobility date show people are getting more confident and starting to go out more, even though restaurants, bars, cafes, places of entertainment all remain closed and public events cancelled.

Google’s mobility analysis covers six different types of activity and shows a big contrast between behaviour earlier in the semi-lockdown and now. The situation is nowhere near back to normal, but it is clear that more people are venturing out to shopping centres and markets and are using public transport. More people are spending time outside in parks, gardens and so on and less time inside at home. 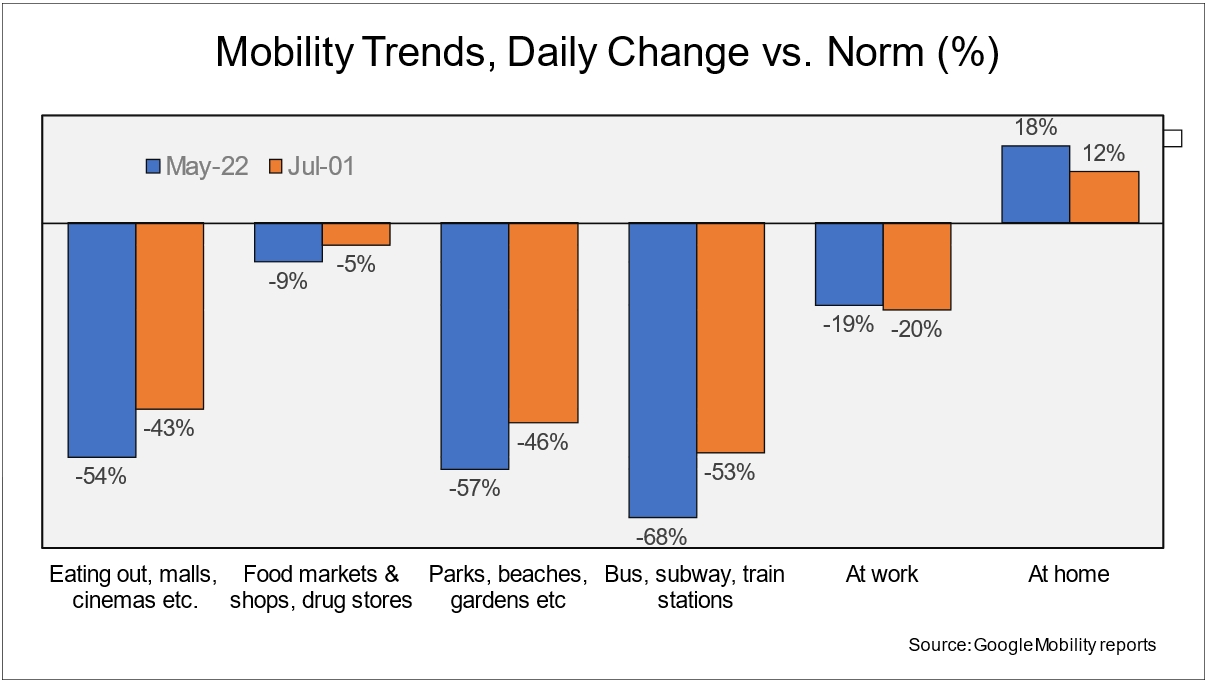 Apple’s mobility measures paint a similar picture, showing big rises in the numbers of people outside walking and getting back into their cars since the beginning of June and Moovit has seen use of public transport in Taipei regain almost 40% of its lost traffic.

The government and CECC may be concerned about Covid breaking out again and reluctant to loosen the restrictions, but it seems the public are becoming more selective in which bits of official advice they want to follow.