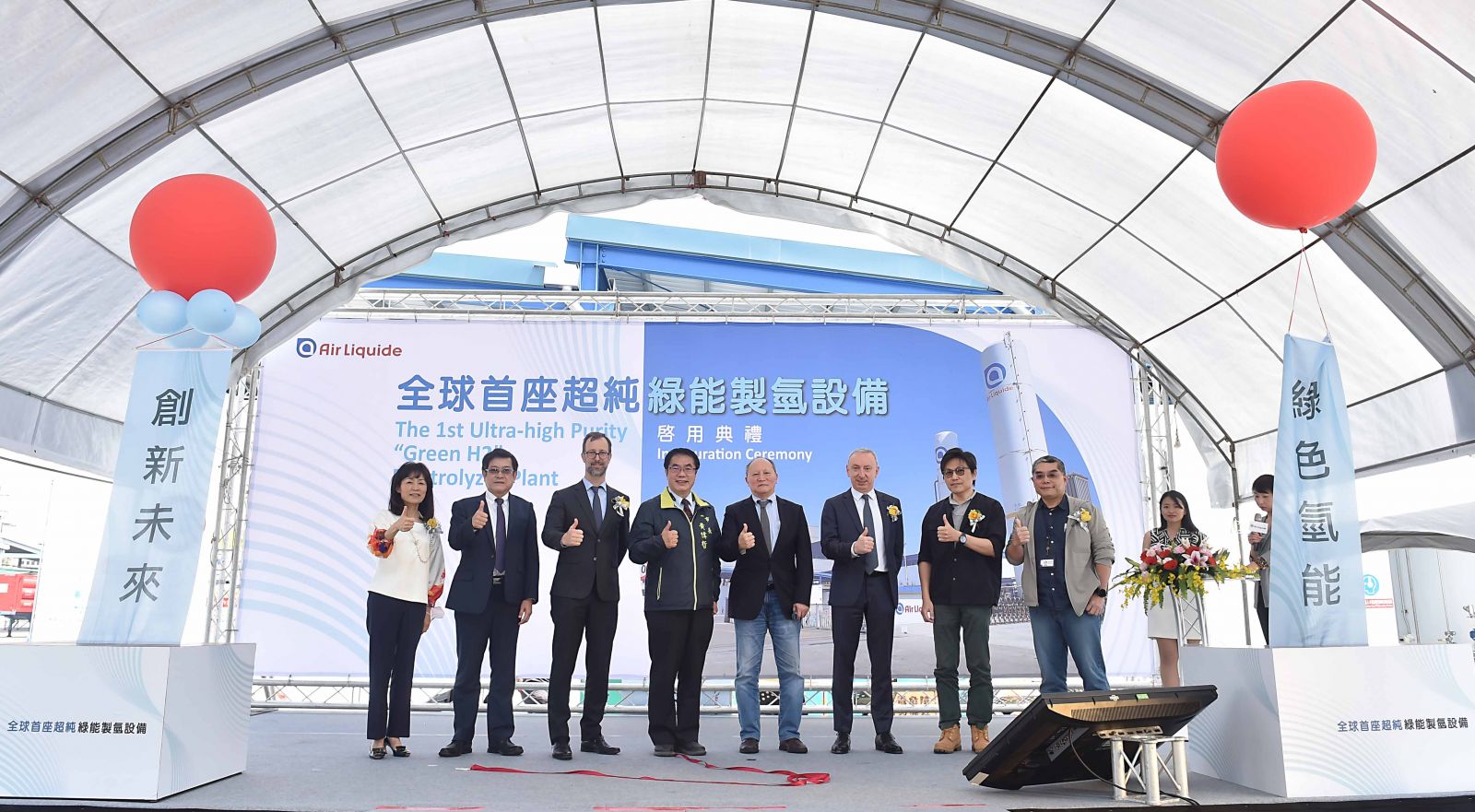 Air Liquide has completed the first phase of the construction of its planned 25 MW electrolysis hydrogen plants in the Tainan Technology Industrial Park. According to an official press release from the company, these plants will provide ultra-high purity hydrogen to the semiconductor industry as well as serve emerging hydrogen energy applications in Taiwan. This project is in line with the Air Liquide group’s climate objectives which include the development of hydrogen applications and ecosystems for the industry and other markets.

Air Liquide, through its majority owned joint-venture Air Liquide Far Eastern (ALFE), has completed the first phase of the construction of the hydrogen electrolysers it has set to build in the Science Parks of Tainan and Hsinchu in Taiwan. Announced in April 2020, as part of a larger €200 million investment, these capacities will be able to produce up to 5,000 Nm3 of ultra-high purity hydrogen per hour. After successfully reaching the Phase 1 commissioning milestone, Air Liquide will continue the construction of its Phase 2 to Phase 5 hydrogen electrolyser plants in Taiwan over the next 2 years for a total capacity of 25MW.

These production plants will enable Air Liquide to meet the emerging demand for ultra-high purity hydrogen for Extreme Ultraviolet Lithography (EUV) applications and leverage a more environmentally-friendly production process of hydrogen to support the environmental objectives of the major semiconductor industry customers in Taiwan.

Once the whole project is completed and the hydrogen plants are supplied with renewable energy, over 35,000 tons of carbon dioxide (CO2) direct emissions will be saved annually when compared to traditional hydrogen production processes.

This new local and reliable low-carbon hydrogen supply will further reinforce Taiwan’s leading position in the semiconductor industry. Moreover, this new hydrogen production plant - the third operated by Air Liquide in Taiwan - will also allow the promotion of low-carbon hydrogen for fuel cell applications, to support the emergence of hydrogen storage or mobility projects in the region.