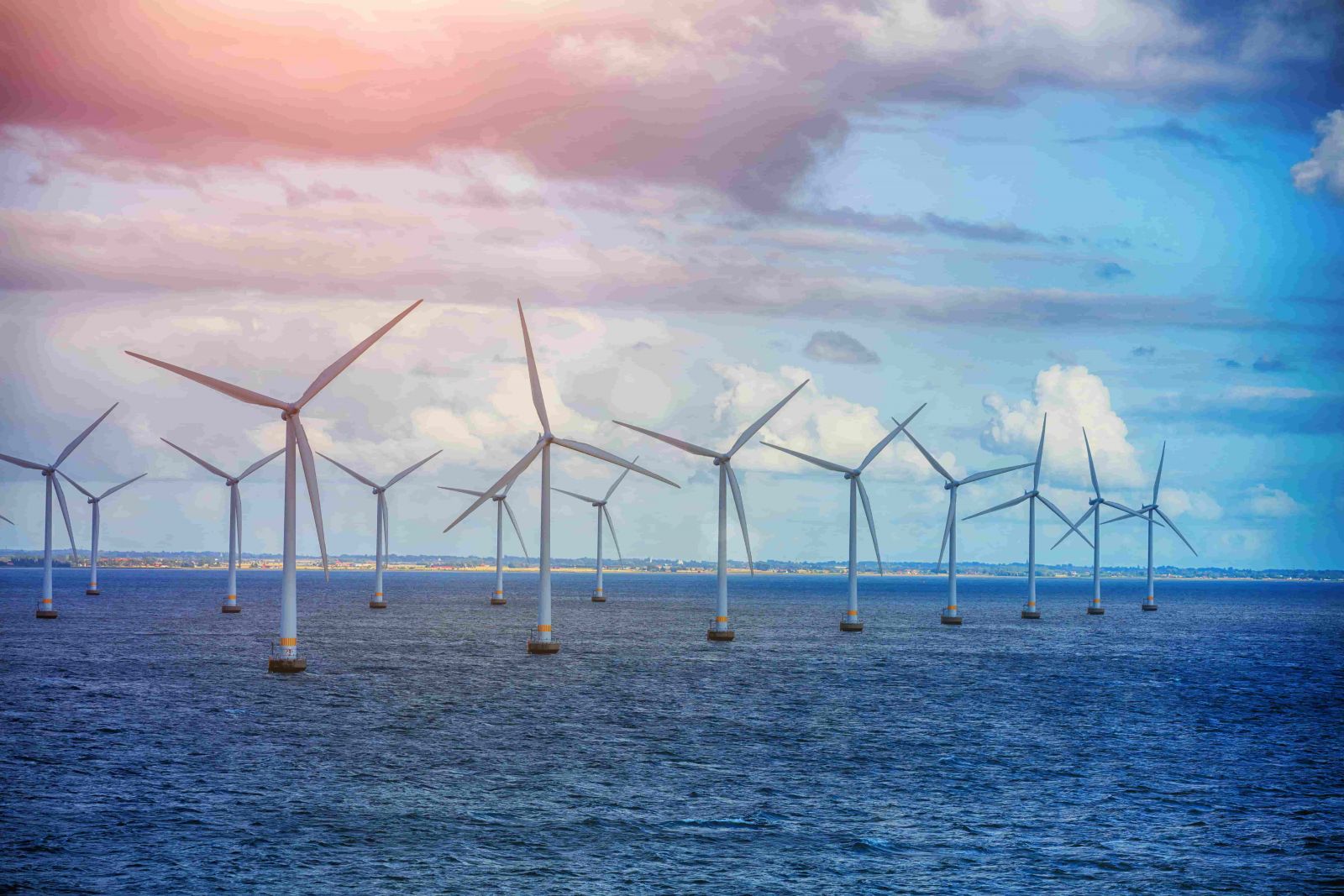 Taiwan is well on the way towards building one of the world’s premier offshore wind sectors, aiming for 5.7 gigawatts (GW) of installed offshore wind capacity – over 600 turbines – by 2025, with an additional 10GW to be installed between 2026 and 2035. This capacity is critical to enabling Taiwan’s transition away from nuclear power and coal and towards renewables. Equally important, offshore wind is part of a major shift in industrial policy that intends to launch Taiwan as a global player in this fast-growing industry. Propelled by a strong government mandate and high Feed-in-Tariffs, Taiwan has attracted the world’s biggest developers and suppliers to its offshore wind sector, which Taiwan is aiming to leverage to create a local manufacturing supply chain that will ultimately springboard into the global market. The world’s offshore wind industry rose from a mere 2GW of installed capacity in 2009 to nearly 30GW in 2019, according to the Global Wind Energy Council (GWEC) in its Global Offshore Wind Report 2020. GWEC forecasts 18.6% percent annual growth through 2024, which will decline to 8.2% growth until 2030, leading to 205GW of new capacity by the end of the decade.

“Taiwan can cooperate with the advanced wind power nations of Europe and become a force in international markets together,” President Tsai told a group of international offshore wind executives who were in Taiwan for Energy Week 2020, held from 14-16 October at the Nankang Exhibition Center. At this expo, Tsai reiterated her administration’s commitment to transforming Taiwan into a green energy hub, saying that the sector will generate NT$1 trillion (U$34.54 billion) in investment, with sector output totaling NT$1.2 trillion in value and creating 20,000 new jobs over the next five years.

Yu Cheng-wei, Director-General of the Bureau of Energy under the Ministry of Economic Affairs (MOEA), was even more optimistic, stating at the European Chamber of Commerce in Taiwan’s Offshore Wind Summit on 12 October that by 2035 the wind power sector will create 57,000 jobs and bring in foreign investment worth NT$2.6 trillion (€77.6 billion).

Industry insiders, however, are skeptical that Taiwan can both rapidly and cost-effectively build large offshore wind farms while simultaneously developing an entirely new industry from scratch. Unlike most nations that have developed offshore wind, principally in Northern Europe, Taiwan has little subsea engineering capacity and no offshore oil and gas drilling experience to draw upon. This experience was critical for Europe’s offshore wind development, as it already had numerous highly skilled firms operating in related sectors, enabling it to reduce costs rapidly as scale ramped up.

Despite these limitations, the Industrial Development Bureau (IDB) under the MOEA, has drawn up a list of specific components and suppliers capable of manufacturing them, including everything from the massive foundations and pin piles needed to affix the turbines to the sea floor, to the towers themselves, as well as the cables, substations, blades, and electronic components. As part of their project bids, developers are required to include a detailed plan for localising their supply chains which must include components and suppliers listed by the IDB, and the breadth of this plan has been crucial for the winning bids. As few of the suppliers listed by the IDB have the manufacturing capacity or know-how to participate directly in the supply chain, they require substantial investment into equipment, training, and technology transfer. With 2025 fast approaching, local suppliers are struggling to reach the quality standards required for the industry.

Industry participants say that these rigorous local content requirements along with a rapid development timeline and a local industry with little prior experience or technical capability, may result in a lose-lose situation. Developers will not see the cost reductions that have been crucial to the advancement of the industry in Europe, while Taiwan risks delays to the installation of this critical supply of power while also not gaining a globally competitive supply chain.

“The item-based system that is in place now in Taiwan can be challenging to accommodate, as it could reduce necessary competition on the supplier end and ultimately risks pushing up the cost of offshore wind,” says Niels Steenberg, chairman of Offshore APAC for Siemens Gamesa Renewable Energy (SGRE), one of the world’s top offshore wind turbine manufacturers and a principal supplier to the Taiwan market.

Paolo Ingarao, head of procurement for global turbine maker and another major supplier to the Taiwan market MHI Vestas, says that the supplier deals that his firm has signed will lead to substantial employment opportunities in Taiwan, but for Taiwan to benefit, the industry must focus on long term viability. “We are offering this opportunity to create this supply chain, but we must find a way to make this sustainable through a good balance in price, volume and local content requirements.”

Localisation requirements will protect the domestic supply chain from global competition and prevent the steep declines in costs that have been critical to the industry’s growth. According to industry sources, turbine foundations made in Taiwan will still cost twice the global average in 2024. Without policies pushing cost competitiveness, Taiwan’s supply chain is unlikely to find opportunities in the global market.

Further, the smaller scale of the industry serves as a disincentive to local investment. “If CSC [state-affiliated steelmaker China Steel Corporation] or the other smaller companies would like to take this jump to invest heavily into equipment and manufacturing capacity and technology for manufacturing [for offshore wind], is Taiwan’s scale enough to justify these investments?” asks Steven Chen, a partner in global financial advisory firm KPMG and its head of Renewable Industry.

Taiwan’s demand for local content in its supply chain also raise concerns over IP protection, particularly with turbines. Much of the technology in offshore wind turbines is patent protected and ineligible for technology transfer.

Still, local manufacturers see the opportunities and media reports are replete with news of partnerships between them and the foreign developers. Taiwanese shipbuilder CSBC, for example, has formed a joint venture with Dutch marine engineering firm DEME to form CDWE, which is entering the engineering, procurement, construction, and installation (EPCI) sector. CDWE is also building Taiwan’s first offshore wind installation vessel, the 216.5-meter-long Green Jade. MHI Vestas and Siemens Gamesa have both signed multiple contracts with local suppliers, and the latter is also building a regional turbine assembly plant in the Taichung Harbour.

However, in early October media reports revealed that transition pieces delivered by steelmaker CSC and its subcontractor, CSBC, to Danish offshore wind developer Ørsted Taiwan developed cracks in the welds. While this could be dismissed as part of the learning curve for Taiwan’s industry in offshore wind, the issues reportedly will result in a nine-month delay for the installation of Ørsted’s Greater Changhua 1 & 2a offshore wind project and speculation that Ørsted would switch to different suppliers. “If the local suppliers are still struggling to meet the requirements and delivery schedule, Ørsted will have to take necessary actions to ensure the project time line will not be jeopardized,” the company was quoted as saying in media reports on 7 October.

Skeptics suggest that local manufacturers may only invest enough to meet the government’s demand without meeting global standards, resulting in a patchwork of costly one-off solutions instead of a viable supply chain.

Even local manufacturers that are investing the necessary capital to compete in the global marketplace run the risk of butting up against the same sort of localisation requirements in other markets that Taiwan is deploying for itself. South Korea is aiming for 12GW of installed capacity by 2030, while Japan is targeting 10GW at the same time, with an additional 5.2GW for Vietnam. Each of these markets may also consider implementing localisation requirements.

KPMG’s Chen, however, says that localisation policies in the region haven’t been finalised and that Taiwan’s sophisticated manufacturing sector and relatively cheaper costs compared with South Korea and Japan might give it an advantage. Chen expects that Japan’s market will be more open than Taiwan’s, giving Taiwanese manufacturers an advantage.

“Japan knows the industry, but they already have a liberalised market, and they are looking at the ASEAN market for cheaper options, including Taiwan,” he says. South Korea will also incentivize localisation, but the tie-up between Korean offshore wind supplier CS Wind and local manufacturer Chin Fong in tower manufacturing indicates that Korean manufacturers likewise see a Taiwanese advantage.

Nevertheless, for Taiwan to effectively develop its supply chain, industry participants suggest that Taiwan opt for a more flexible percentage-based system akin to the UK instead of a component-based system. This would free the industry to find the most globally competitive players in Taiwan’s manufacturing sector.