First day back at school goes smoothly at TES 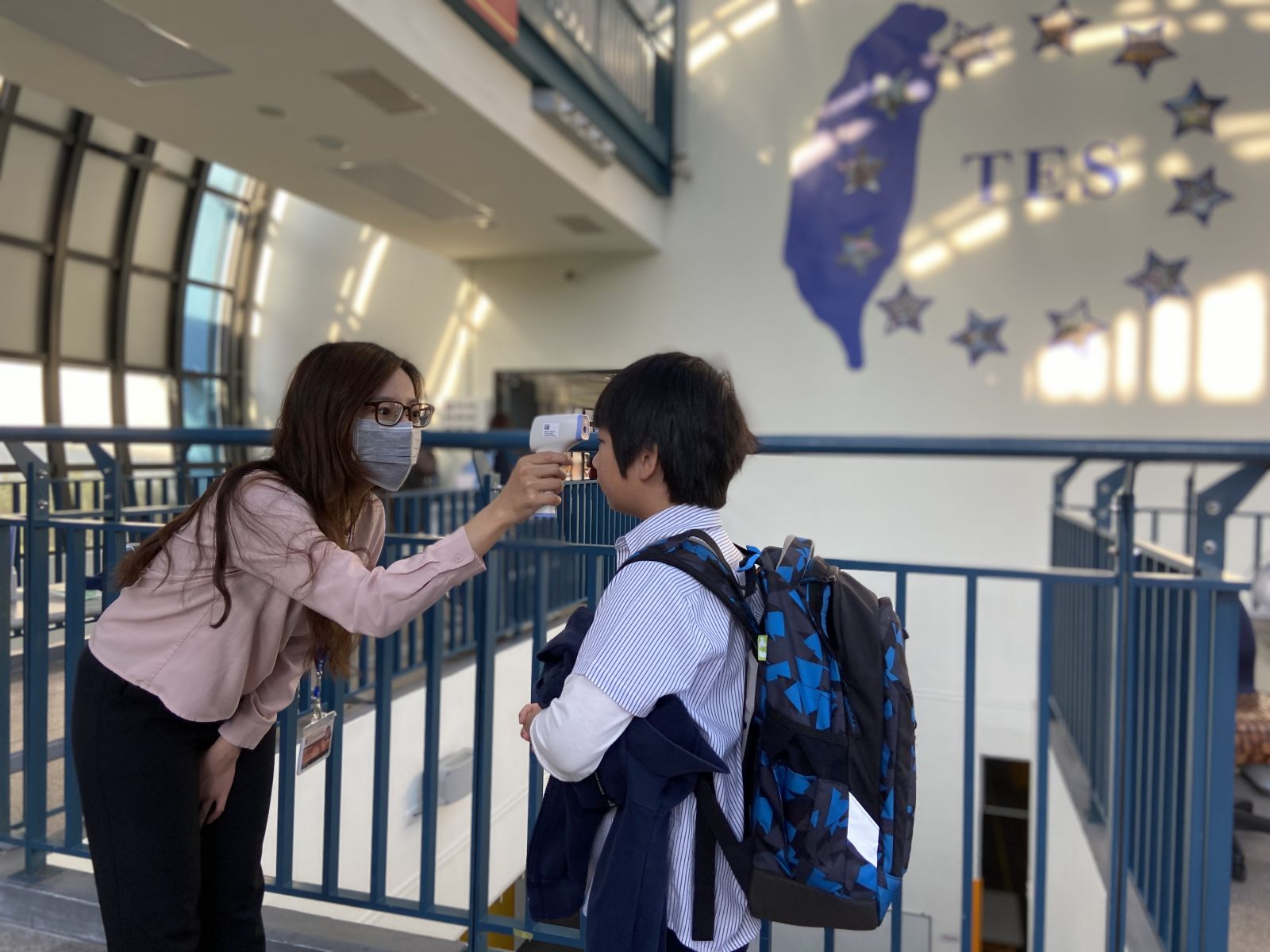 Pupils all across Taiwan returned to school yesterday following a mandatory three week extension of their Chinese New Year holidays as a precautionary measure in the wake of the Covid-19 outbreak. While there were some absences reported at certain schools, including the Taipei European School (TES), procedures to safeguard pupils and staff at TES were implemented without incident. According to Lillian Lin, TES's director of operations, the school's extensive preparations in advance and health and sanitation measures, implemented on the day, resulted in only a 10-minute delay to the start of the school day and no disruptions to the normal resumption of the school activities.

While it was the first day back at school, TES pupils had actually already been taking lessons online, uploaded daily by TES teachers, since 10 February. According to Ms Lin, while it had taken a couple of days for everyone to get used to digital lessons, the general response from parents and students on the digital learning programme had been positive, with more than 75% of parents saying they were happy with the programme.

Going back to school in person, however has necessitated different requirements and procedures. As with all schools in Taiwan, TES is following directives issued by the Ministry of Education regarding safeguarding the health of pupils and staff. In this regard, prior to opening the school to pupils, TES had already conducted comprehensive disinfection of TES's entire facilities, including all classrooms and equipment, on both campuses. They had also conducted an exhaustive communication campaign to inform parents about health and safety measures and procedures in place. Parents were asked to follow government guidelines with regard to quarantine measures and to keep children at home if they are ill. According to Ms Lin, TES parents are taking this seriously with some even going beyond mandatory quarantine measures specified for designated infection areas and self-quarantining themselves if they are frequent travellers.

Then, yesterday, the first day of school, new health and safety procedures kicked in. Upon arriving at school, each pupil and staff member had to have their temperatures taken. The process was repeated throughout the school day to make sure no one had developed a fever. All students were given health and hygiene routine training before lessons began. To guard against infection, classroom windows were kept open at all times and classrooms were sterilised every other hour. Between lessons teachers disinfected commonly-touched surfaces, such as door handles and desktops. Kids were also asked to wash their hands before each class, when practical. While, according to MOE guidelines, the wearing of face masks is not compulsory, Ms Lin reported that about 50% of TES pupils wore masks on the first day, although she noted that many of them took them off during the day. Also, in line with MOE recommendations, TES is ensuring that young pupils are getting at least 30 minutes of outdoor exercise every day.

The same procedures will be continued today and as long as necessary to keep pupils and staff safe. However, based on the experience of day one, parents should feel rest assured.