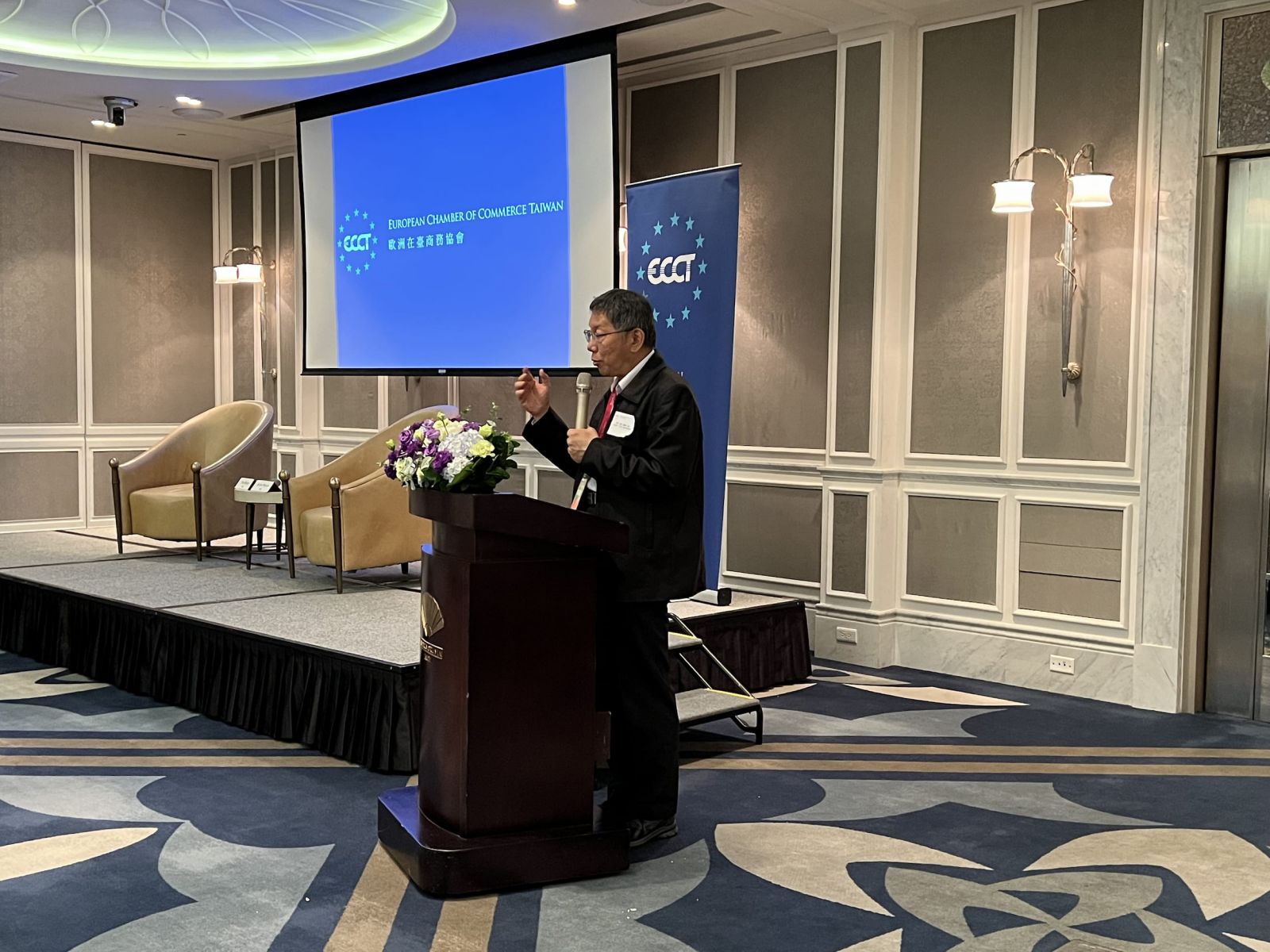 At the event, Mayor Ko gave a short speech after which Ambassador Tom Chou (Tai-Chu, 周台竹大使), Commissioner of the Mayor’s Office for External Affairs gave a presentation. This was followed with a Q&A session with Mayor Ko, moderated by Tim Berge, Co-chair of the ECCT’s Better Living committee.

This year’s lunch marked the 24th year since the ECCT held its first round table lunch with the TCG. As in previous years, senior officials from various city government departments were in attendance and seated at different tables in the venue in order to allow ECCT members to discuss issues of concern or mutual interest with them. 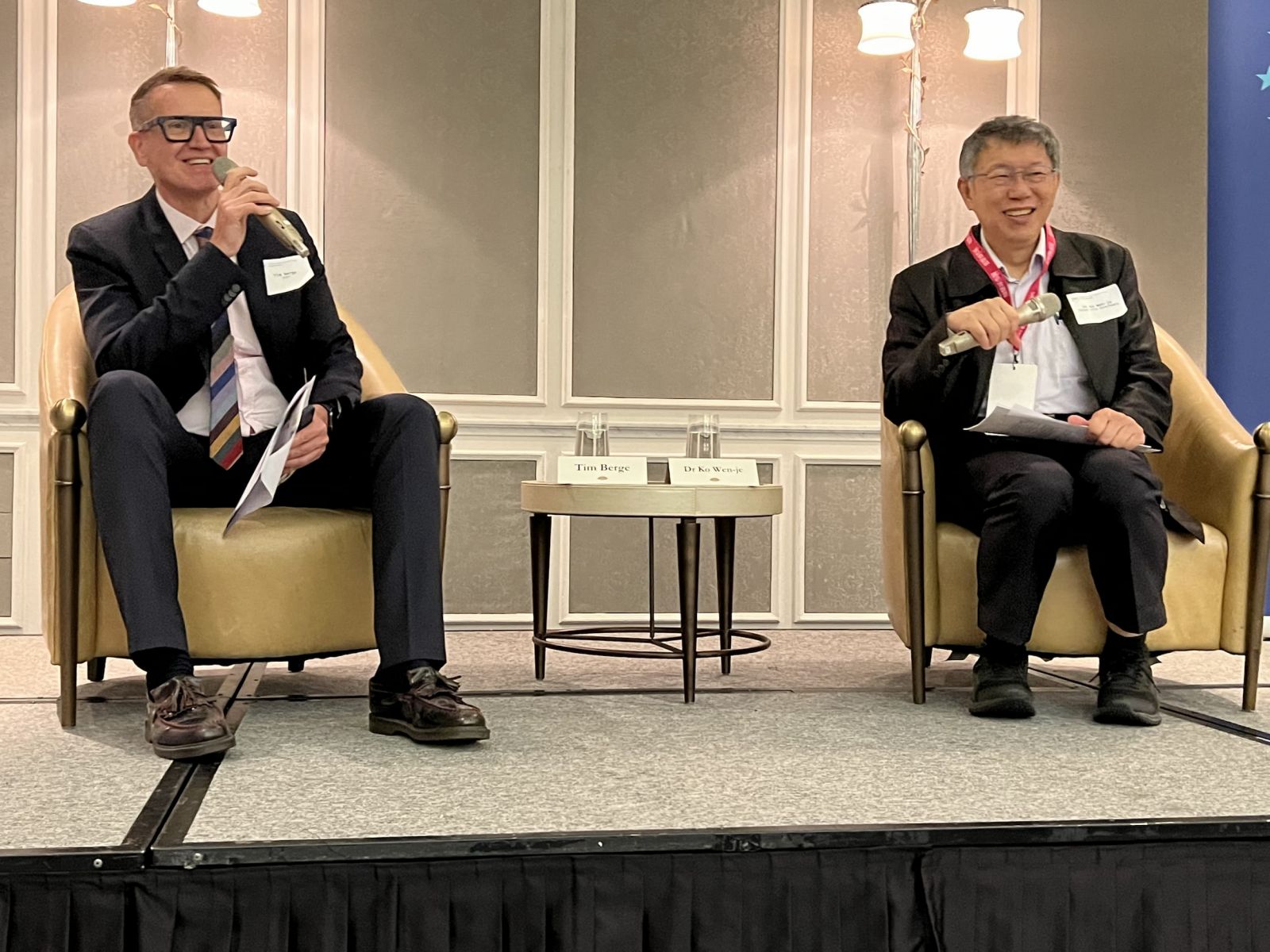 In his speech, Mayor Ko highlighted some of the city’s current areas of focus that were later elaborated upon in Ambassador Chou’s presentation, including the city’s plans for digital transformation and to reach net zero greenhouse gas emissions by 2050. 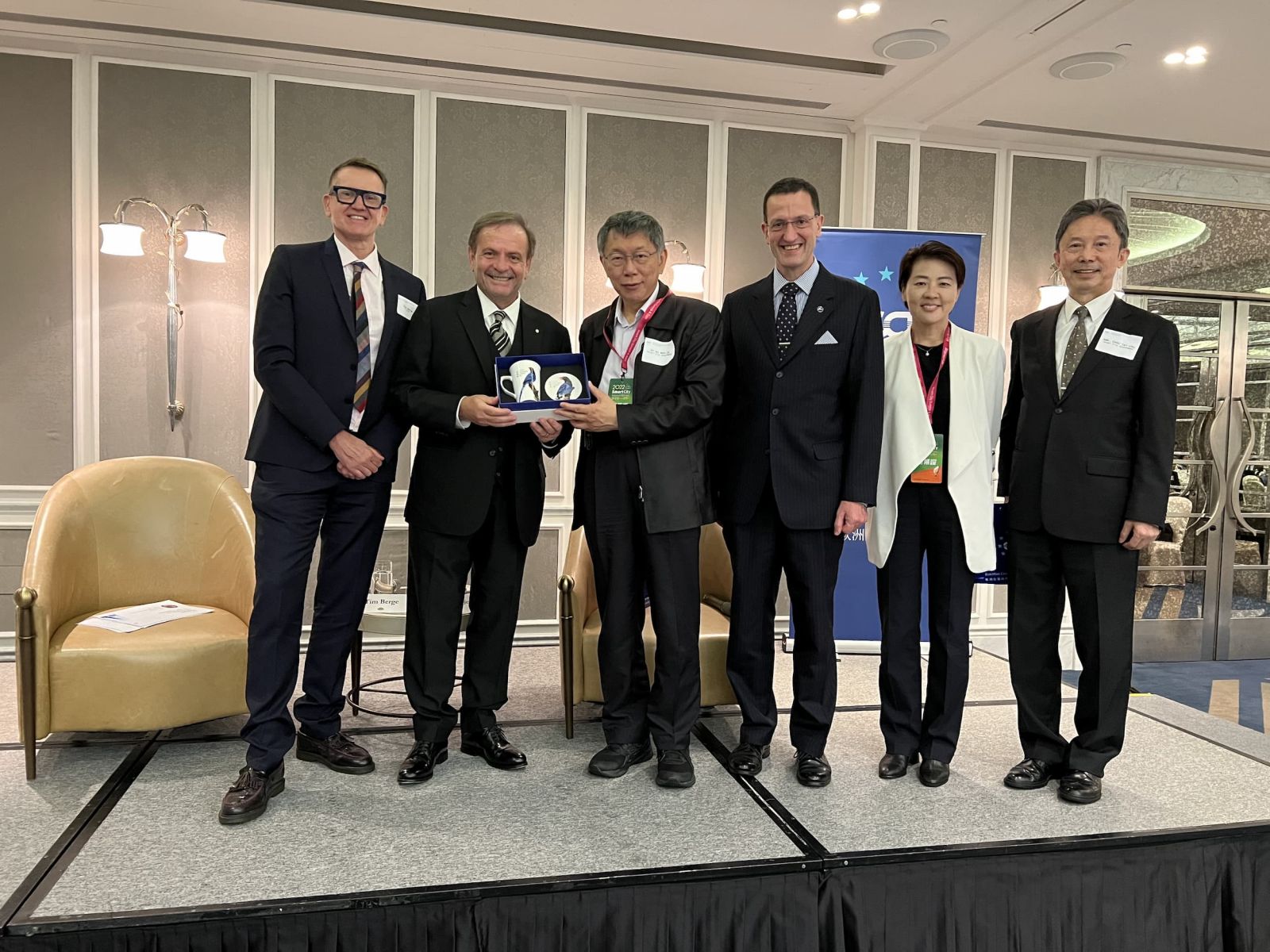