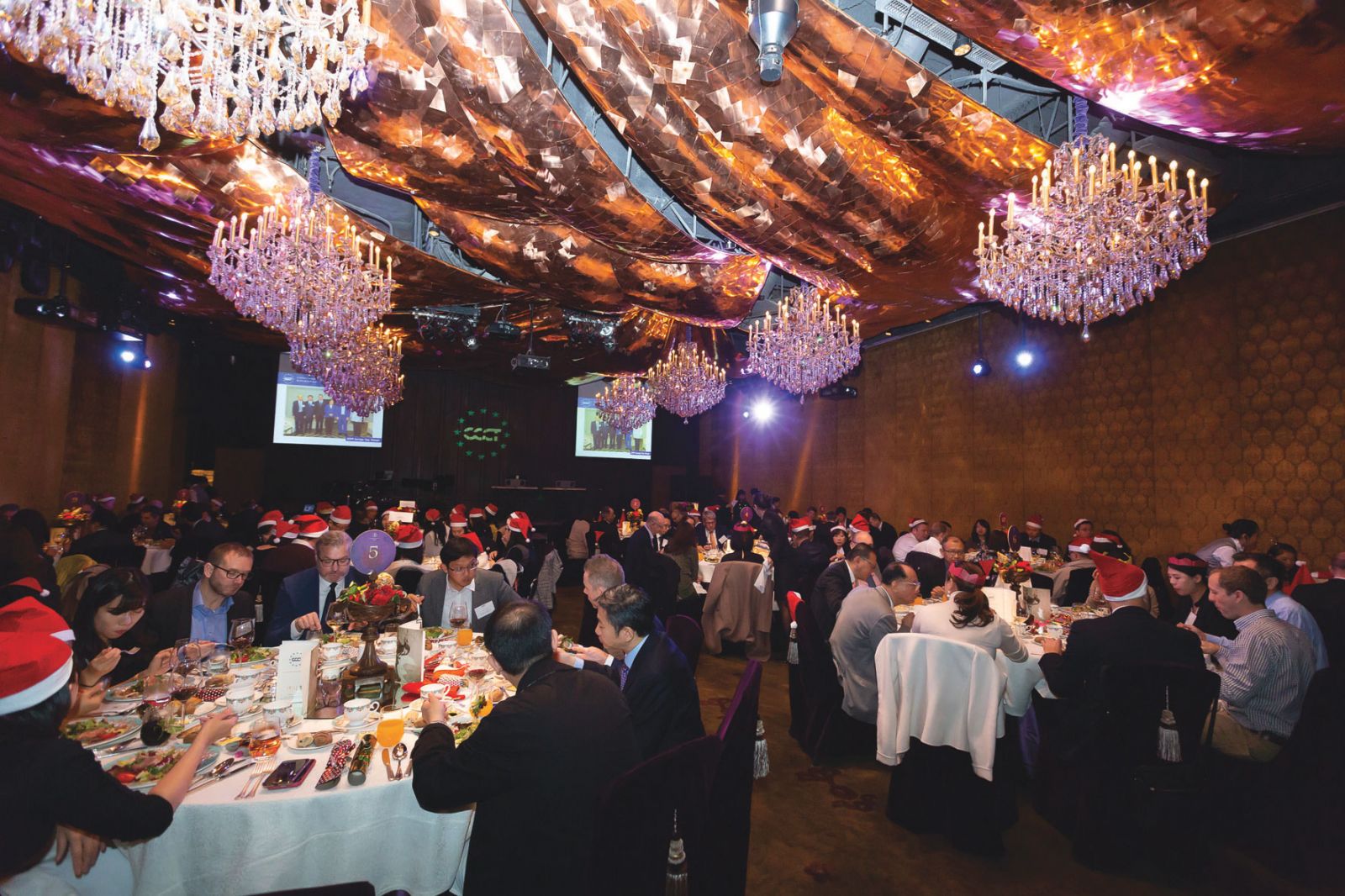 Members tucking in to a Christmas feast 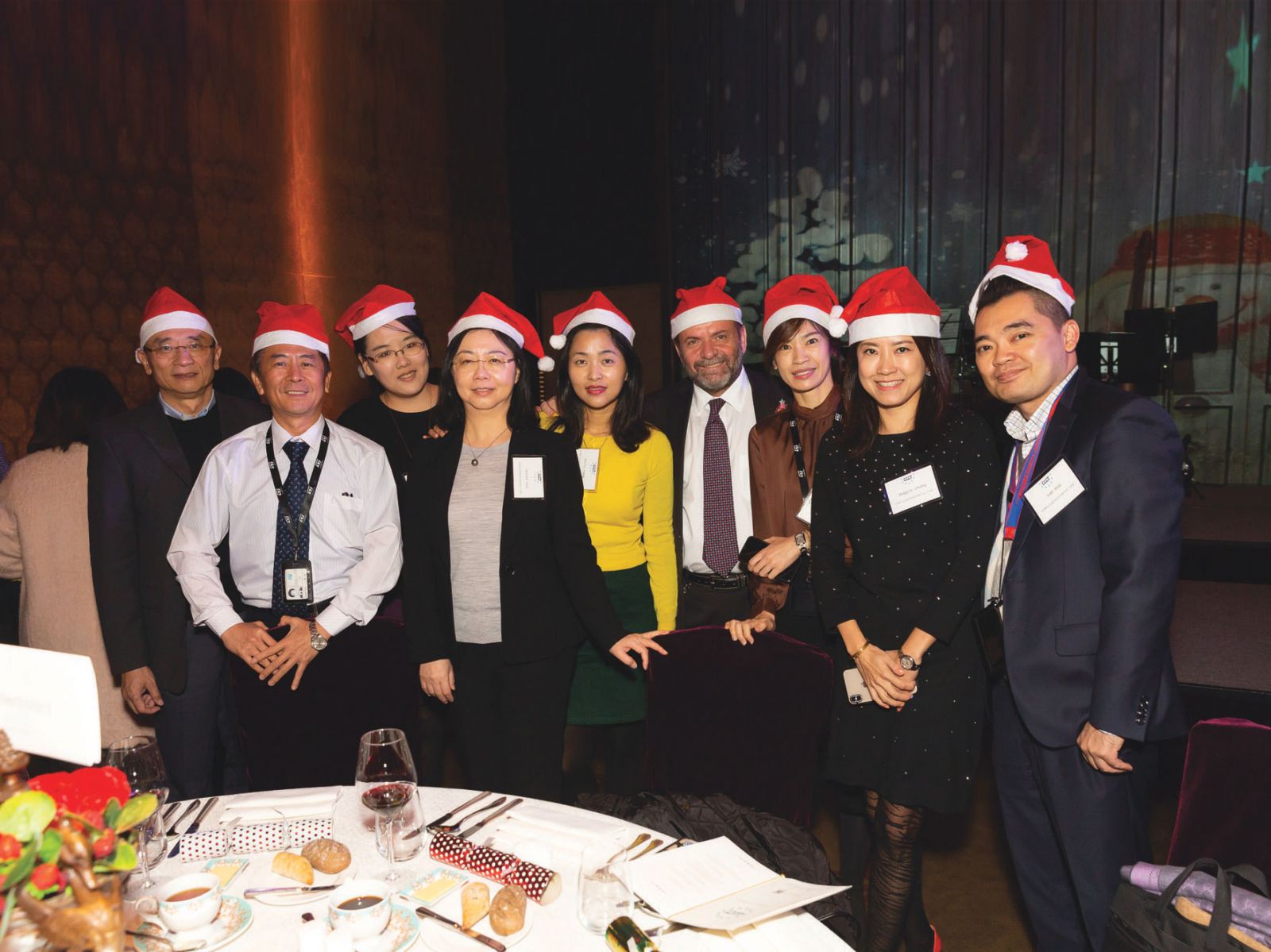 At the ST table

Once again the ECCT was the first to kick off the festive season with its annual Christmas Lunch party. Over 100 ECCT members, colleagues, friends and families gathered for a lively celebration.

Guests arriving early were able to stave off winter chills with a warm cup of mulled wine (known as “Glühwein” to Germans & Austrians and “Glögg” in Scandinavian countries), served with ginger biscuits.

This was just the first in a smorgasbord of traditional European festive dishes that guests were treated to.

Later, to get members in the Christmas spirit, the Taipei European School’s junior choir and musicians took to the stage to perform some lively Christmas songs.

Just as the choir and band were about to leave the stage, Saint Nicholas (also known in some parts as Santa Claus or Father Christmas) happened to show up. 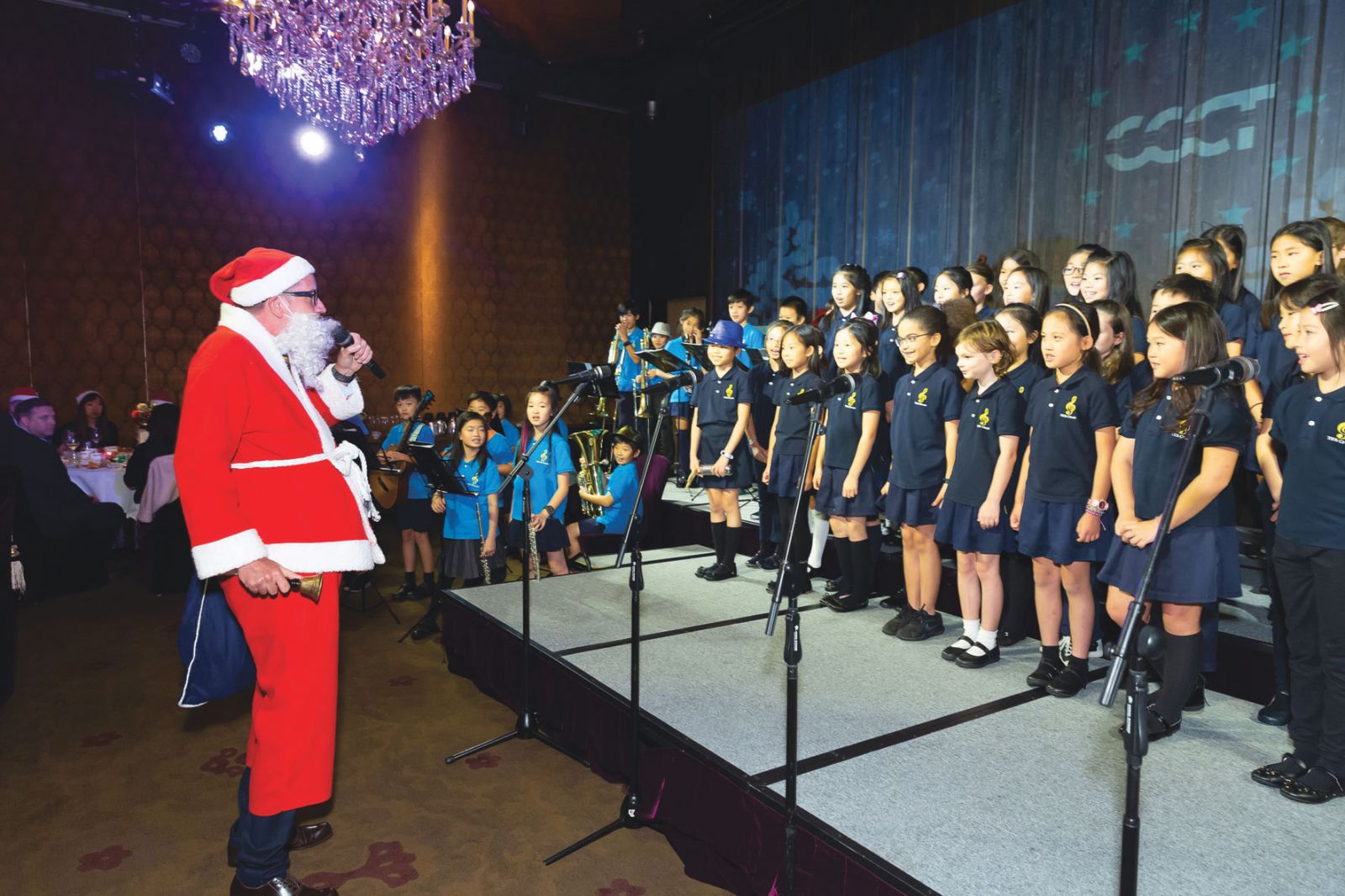 Saint Nic appeared a little tired and had obviously had already made a number of stops on the way since, for a few moments, he wasn’t quite sure where he was.

He was also momentarily distracted when seeing Rudolf glugging all the Glühwein outside the venue. He had to stop and scold Rudolf and get him to share some with the other reindeers.

Scolding over, Saint Nic finally remembered that he was at the ECCT’s Christmas party and reverted to his usual jolly disposition. However, there was something odd about Saint Nic since he spoke with American accent and seemed to have lost a bit of weight since last year. Some members looking at him also said that he seemed a bit taller than last year, leading to speculation that Saint Nic has decided to go on a new magical diet that’s making him both leaner and taller.

Nevertheless, the children didn’t seem to notice as Saint Nic proceeded to hand out presents to all the children, all of whom said they had been good for the whole year.

After Saint Nic had departed by sleigh and reindeer, guests lingered a while longer to imbibe some more Christmas spirit of the liquid kind. 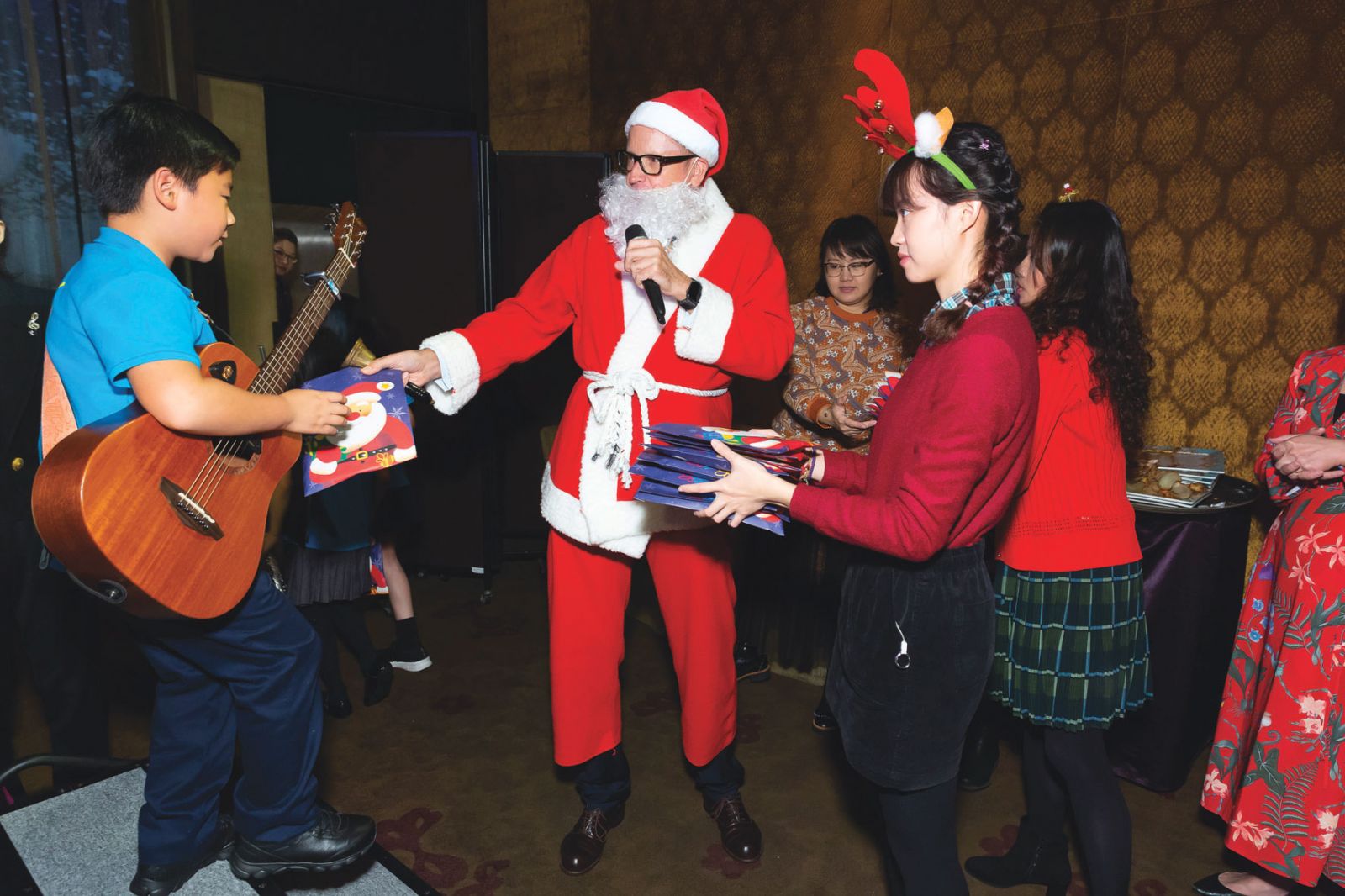 A well-deserved gift for one the TES maestros 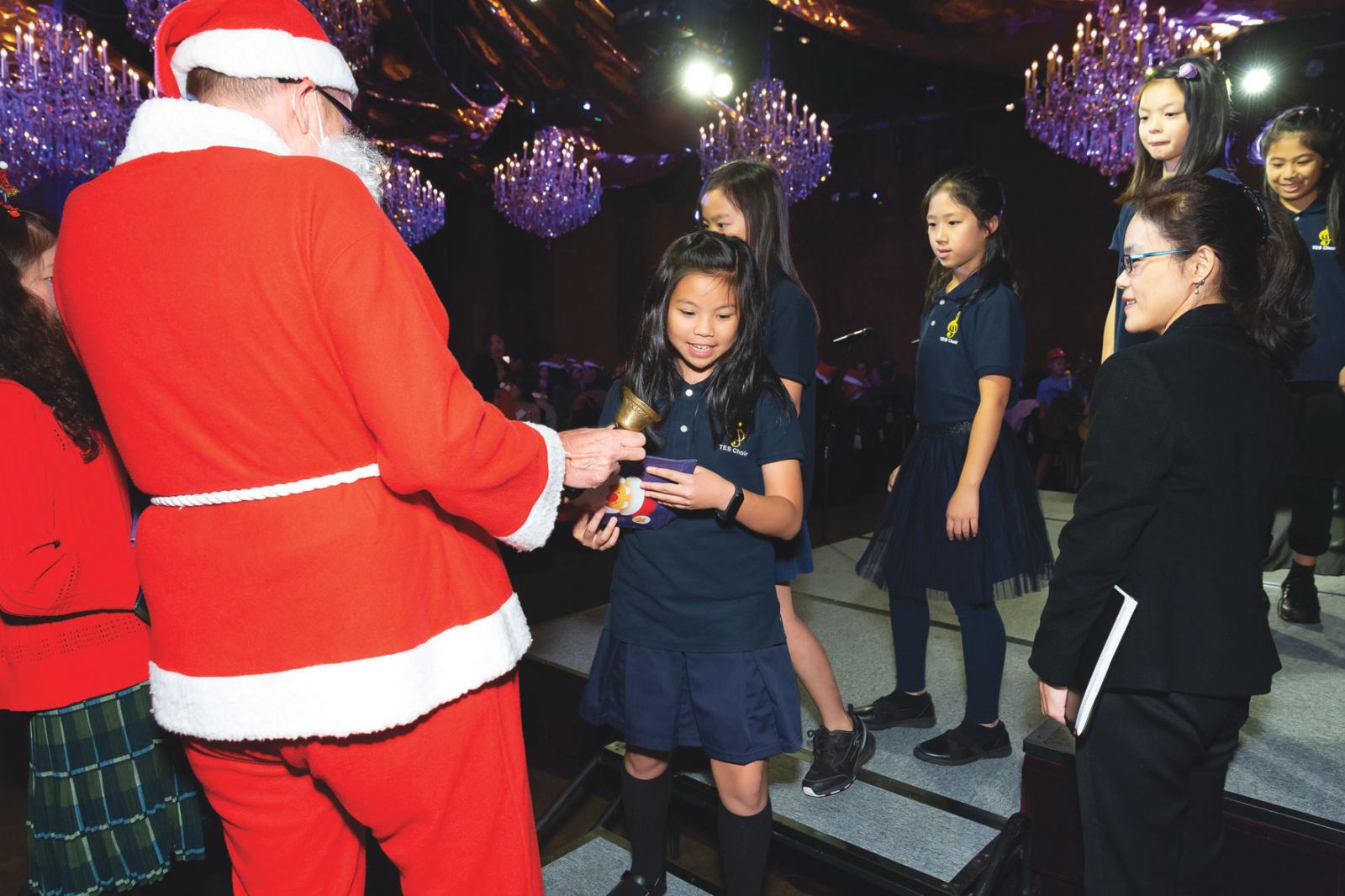 One of the happy children
#Christmas #TES
Back