Mutuality - the future for the digital age

Digital democracy shouldn't just be about "making the government good" - it should be about holding companies to account too. And that means a major refocus backwards to the noble and humble origins of insurance and banking. 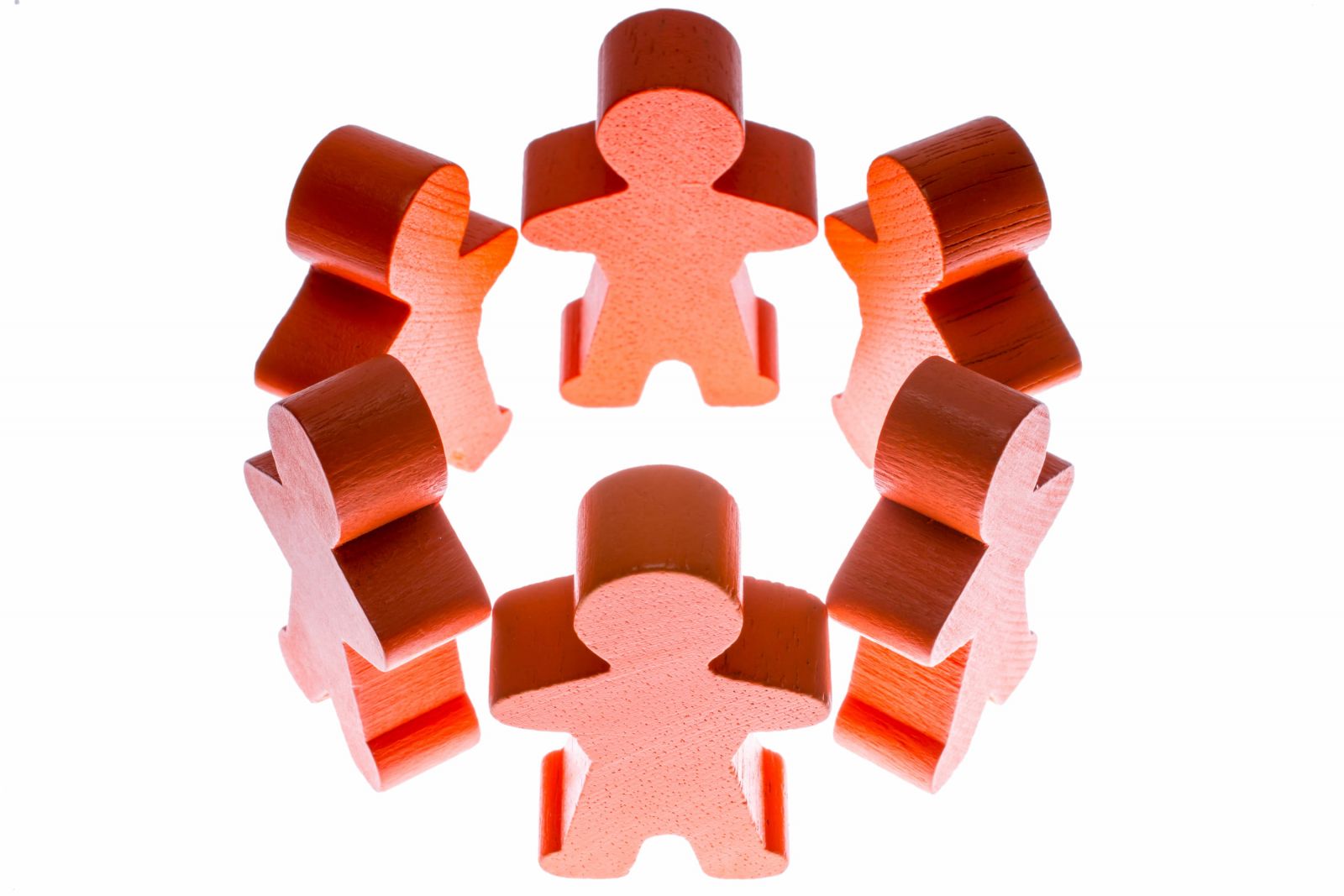 At a recent ECCT Technology committee lunch, Digital Minister Audrey Tang spoke about how technology is being used to "make the government good" - civil society works with civic technologists to form the "digital democracy" that can hold the government to account and expose it when it's misleading us. At US President Joe Biden's Summit for Democracy, she went on to state that this digital democracy has already shown itself to be the most effective way of addressing modern challenges.

Without wanting to put words into her mouth, I'm sure she similarly believes that technology could "make the private sector good" too, but how do we do that and what does it mean for the way financial services businesses are structured?

The way they behave
Banking and insurance serve a vital economic purpose in a capitalist economy. Not only that, they serve a vital social purpose too. The problem, though, is that they are far too important to be left to banks and insurance companies. The way these companies treat us is often atrocious - poor service and mind-numbingly absurd bureaucracy only survive because companies all act in the same way, usurping "truth" as "their way" of doing things, thereby removing any real choice we have for something better.

These companies spend a fortune on trying to make us think they're warm and cuddly, money that could be better spent improving the service they give us or reducing the charges we pay. However, even the most loyal and corporate-minded executive isn't going to pretend that their marketing spend is ever going to make us LOVE them, so why are they wasting our (and their) time and money trying to persuade us to?

But we USED TO love (and in some cases still do love) mutual insurers and credit unions - they are safe, personal, caring, avuncular and, yes, maybe even a bit boring.

In a post-Covid world we should be demanding something more meaningful from our insurers and banks, something more sustainable, something more boring perhaps? If companies today continue to feed us so much marketing syrup, then we'll start to gag. By focusing relentlessly on making money and on THEIR growth, they have forgotten their social purpose, making a return to mutuality look very appealing.

Roots and why mutuals are good
Banking and insurance have humble and noble roots which have been forgotten. Life insurance companies, for example, started out as burial clubs - people got together to calculate how much they needed to contribute to a fund that would pay for their funeral when they died. They got together to help each other - real democracy in action.

Stock companies go through the motions of shareholder democracy but that rarely has any effect. It is too far removed from the ordinary person - how could a Taiwanese shareholder in a multi-national financial services institution have any chance of their vote counting for anything? How could they genuinely alter a company's environmental policy or its investment principles?

Mutuals are much nearer to the person, and you really do have the power to effect change. Mutuals rely on some form of shared interest or affinity, for example employees of a company or industry group, members of a church or charity, sports clubs, and so on. The Taiwan Credit Union Act 2015 uses the term "common bond" - so far all forms of common bond have been physical or tangible, but why can't they now also be digital? We form groups on social media all the time - they are a type of common bond too. One member betraying the group would affect all the others in the group and would be punished - imagine what would have happened to a member of the Britney Spears Fan Club had they supported Britney's father instead of her in their recent court case?

The underlying concept of mutuals is that individuals are "members" not "customers", who all share in the benefits and losses of their group. Individuals manage their risk responsibly as they know that acting badly will fall on the shoulders of those who are their peers - friends, family, community members and so on. Everyone shares in the risks, so everyone is motivated to act and manage their own risk responsibly for their own benefit and for the benefit of everyone else with their common bond. Fraud is limited because the peer pressure and stigma attached to defrauding is very high.

Members have real power to overturn or reject recommendations from management rather than just rubber stamp them, and they can act quickly. They are a real digital democracy.

Modern-day examples of mutuals
To see how mutuals could work in the digital age we can learn from some modern-day examples that are working in the analogue age; crop protection insurance in villages in India provides some interesting insight.

These micro-insurance arrangements are essentially based on the power of gossip and peer pressure. All small communities everywhere typically have one or more village elders or "gossips" whose knowledge about the collective comings and goings of their fellow villagers is unparalleled. Nobody could ever do anything major without the gossip knowing about it. Small communities also thrive on the teachings and pressure of their peers - fraud is almost impossible because you would be betraying those in your community and would be shunned and suffer everlasting stigma if you did. All of this is reinforced by the sharing of external experiences over which they have no control, for example drought or storm damage - the Gods do not discriminate, so everyone shares the pain. And when times are good everyone shares in the benefits. It is difficult to imagine any other form of social organisation that is better suited to insurance and credit. They are perfect examples of functioning mutuality.

How do you replicate that in a developed country like Taiwan and in a digital way? Firstly, find or make a digital group with a common bond that both unites and places mutual trust and responsibility on the members of the group. Next, design a peer certification process that would underwrite a member's risks, for example their creditworthiness for a loan or their health condition for life insurance. Nothing is believed until your peers say it's true. A new member could, for example, complete an application form for a new bank loan but it wouldn't be approved until their peers certified that the information is correct, and the applicant isn't lying. Or a fraudulent insurance claim wouldn't happen because your peers would pay for the fraud too out of their own pockets, and you would likely be shunned by them.

Technology can be used to enable all of this if the group and the civic technologists put their heads together. If technology can uncover governmental fibbing, then it can investigate untruths here too. Mutuals could set their own bespoke underwriting rules that fit their own particular risks of non-disclosure rather than rely on those of big corporations that, again, think their way is the only way.

I defy anybody to tell me how this would not actually be BETTER than the processes followed by banks and insurance companies today.

The problem with FinTech
People talk a lot about FinTech these days - it's sexy stuff, so why can't we rely on existing companies to get the hang of FinTech and use it to better meet our needs? I think that that would already have happened if it ever stood a chance of happening - the chances of any FinTech initiative succeeding are low, not because the "tech" isn't good but because financial service companies' managements that will have to implement it are too slow, conservative, and resistant to change. This is a bold claim but one that is backed up by the opinions of everyone I speak to who works in the financial services industry. Any company that uses technology properly, and whose management is not shy about pushing genuinely innovative ideas, has a very good chance of succeeding, but such companies are rare to the point of non-existent.

When we look at FinTech we need to ask the question "Why digital?" - what value is it bringing to overall human happiness in the world? We need to ask this as it's not always obvious why digital/online is any better than what we had before. Digital is better only if it's:

But we're already "digital" aren't we?
Digital doesn't mean moving what used to be on a sheet of paper onto a screen; it means fundamentally rethinking everything. Mutuals can do that much more quickly as they have the implicit ability to overcome what Audrey Tang would call "democratic latency" ie, find out NOW what people want, need, and think, not wait till the next election or AGM.

Some life insurers and banks are starting to position themselves as "online/digital" but that is misleading and, I believe, disingenuous. For example, a life insurance application process works online only for the "easy" subset of applicants, "easy" in the sense that the applicant has no health or lifestyle conditions that raise any flags. Banks can process "clean" credit applications online, but once you become "complicated" because, for example, you are self-employed with irregular earnings, then you cease to be "easy" - those who are not "easy" are out of scope for digital processing and revert to the old paper-based, human-intervened processes. So, they're not "online/digital" they're hybrid.

Digital should mean what it says - banks and insurance companies must be able to process everyone online and exclusively online otherwise it's not digital. This is difficult for existing companies - it would mean restricting their markets, limiting their distribution channels, and excluding a lot of potential customers. But it is so much easier for a mutual - the members can decide NOW who is or isn't eligible, what limits can be placed on policies to make everyone fit, how everyone's risk can be measured fairly, and so on.

Way forward
In a post-Covid world I think we all want more. We deserve so much better from our financial services companies. We need to hold them to account, but if they won't change then we need to do it ourselves.

We need to put IT brains together with the organisers of civic groups and digital groups with a common bond to make a perfect, accountable, and democratic way of meeting our financial services needs. Who knows - perhaps if we do this, we might even start to love banks and insurance companies again.

Lee Faulkner is a Fellow of the Institute and Faculty of Actuaries, the UK's actuarial body, and has more than 30 years' experience in the world of financial services in Asia, Europe, and Latin America. He is a Taiwan Gold Card holder and now lives in Taipei.