How Taiwan could become a financial services hub

Hong Kong and Singapore seem to have forgotten how they became successful Asian financial services hubs. By learning from their mistakes, and successes, and by realising that familiarity is key, Taiwan can become one too. 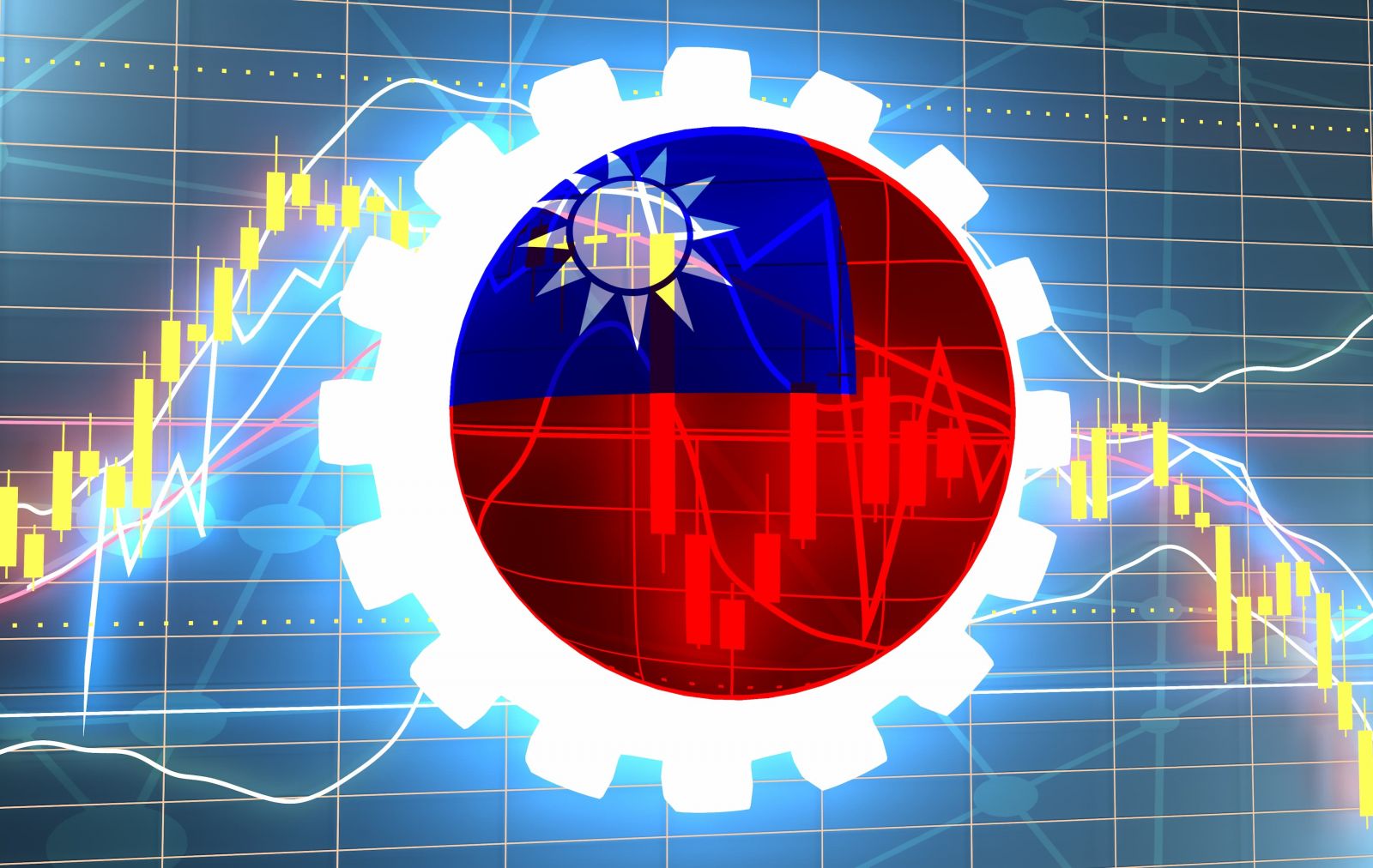 Why do companies go where they go? Many people might presume that decisions about where to set up a base and branch out from are the product of some magic formula that only businesses know about, but there isn’t one. Companies look at tax, environmental laws, corruption, regulation, language, judicial certainty and so on before deciding where to go, but it often boils down to the key concept of familiarity.

Companies aren’t twenty-year old backpackers exploring the world and delving into the unfamiliar "just because it’s there" - they go where it looks and smells most like what they’re used to. After all, the executive teams and board members of multinational companies who make these decisions have often never lived outside their own countries or travelled in anything other than a cocooned way. They need to feel that they understand the risks they are taking and that their shareholders’ money is safe - a country that helps with that understanding and makes itself as familiar as possible can only gain.

Taiwan isn’t a financial services hub because it isn’t doing enough familiarity building. Hong Kong, however, is a hub but is undoing all the reasons why it became one and, I predict, will no longer be one in the medium term. Singapore seems determined to go down that path too. Taiwan could be a perfect replacement for Hong Kong and an alternative to Singapore if it wanted to be.

What are the key components of familiarity that makes a place a "financial services hub"? I would posit that there are three - legal, public administration, and talent. Each of them is relevant to corporations as entities, but they also affect people both as professional resources and as private individuals.

Hong Kong and Singapore built themselves into financial services hubs because they were familiar to mostly Western financial services companies - familiarity with their common law legal systems, ways of doing business and the status of English as an official language. They also have track records and a good supply of professional talent, both home-grown and imported. And they used to be easy to live in too - cosmopolitan but safe, exciting but not too exciting, "Asian but not too Asian" perhaps.

But they are throwing away those familiarities - Hong Kong’s self-destructive national security law has led to industrial-scale self-censorship to avoid crossing "red lines" when it’s not clear what those lines are. The repeated mantra of "foreign interference" is provoking hostility to foreign financial services institutions. Chambers of commerce have repeatedly asked the government to define the scope of the law more clearly, but their requests have fallen on deaf ears.

Singapore seems hell-bent on doing the same - the new "foreign interference law", on top of already being one of the world’s most voracious censors, is deep into unfamiliar territory for foreigners.

Taiwan doesn’t have any of those problems, so it should be an ideal place to be a financial services hub that companies could relocate to. Socially and politically Taiwan looks more and more like the West: it is a proper democracy rather than some faux construct to keep out the "troublemakers", it is one of the most open countries in the world when it comes to internet freedom, LGBT rights are on a par with the US and Europe, and so on.

So why isn’t Taiwan becoming a financial services hub? Because it has its own "unfamiliarities" and is too passive in dealing with them - legal, public administration and talent. How do we get over the unfamiliar? By replicating, by which I mean unashamedly copying, other places.

Let’s start with legal. Taiwan should set up a new financial services special economic zone, its own proper "One Country, Two Systems", not the one proposed by the Chinese Communist Party. It could be a separate geographical zone, but it wouldn’t necessarily have to be - it could be a virtual zone too. It would need its own laws, regulatory framework, and legal system. It would require special governance that would be accountable to Taiwan’s legislature but autonomous in its day-to-day operations. Let’s give it a name: "Taiwan 2".

What would Taiwan 2 need to copy? The way to guarantee maximum familiarity would be to copy Hong Kong’s or Singapore’s or, indeed, both of their financial services laws and regulatory frameworks in their entireties and guarantee that they would remain unchanged for, say, 10 or 20 years. If a company wanted to relocate from Hong Kong, it would follow Taiwan 2’s "HK-set" and from Singapore "SG-set". Taiwan 2 would need a common law system that worked separately and independently from Taiwan’s overall Civil Law system, an exact parallel of Hong Kong’s legal framework within China. There are plenty of lawyers and judges in the Common Law world that could be borrowed for a while until Taiwan grew its own.

Public administration in Taiwan is unfamiliar because of its inflexibilities with immigration and its lack of English usage. Mutual recognition of professional qualifications in Taiwan 2 would be needed; in fact, Taiwan is already somewhat doing this - the long list of qualifications that allow you to get a Gold Card is a de facto version of mutual recognition. But it needs to do more - the current Gold Card rules are too dependent on lists of qualifications, managerial experience, referral by establishment bodies and salary levels - but companies don’t think like that. For example, in my own field of insurance some people’s jobs lend themselves to being members of professions, but many do not - insurance underwriters and claims handlers for example, or data scientists. Taiwan 2 should use financial services staff to decide what Taiwan needs in terms of skill sets.

The general level of English in Taiwan is indeed a big problem. President Tsai Ing-wen’s Bilingual Nation 2030 policy project is ambitious but, asking around, most seem to think it unachievable. She has said that English education should be a "socially transformative process so that when it becomes necessary to use English it will be natural for us to speak it" - in Singapore English is official because it’s used as a lingua franca to bind disparate ethnic groups together, and in Hong Kong because of its British colonial foundations, but neither of those is applicable to Taiwan. I don’t think Taiwan needs to be "socially transformative" - it just needs to be practical. The focus of the project on educating young people won’t show fruit for many years.

The most practical way to build the use of English would be to insist that all public service administrative functions should be available bilingually from, say, 2026. If we focus on government services first the rest will follow. What better way of giving impetus to this than by making English the official language of Taiwan 2?

Solving the talent issue is probably the least difficult of all - survey after survey shows that Taiwan is viewed as one of the best places in the world for people to live, locals and expats alike. It’s a place people want to move to, not escape from.

Look at Hong Kong - people are now genuinely scared, and a massive brain drain is underway - more than 89,000 people, or 1.2% of its population left Hong Kong over the last 12 months, and the UK government is expecting at least another 200,000 emigres under its BNO visa scheme over the next five years. Taiwan should be giving those with financial services experience the option of a home.

Singapore, for most enlightened people, is socially backward, certainly when compared with Taiwan - its democracy is "controlled", there is no right to protest and even minor transgressions of expression can land you in jail. Who, having grown up in a proper democracy with real freedom of speech, would willingly choose that? You can probably swallow your principles if you make enough money and turn a blind eye to what’s going on around you, but post-Covid aren’t we looking for a greater sense of purpose in life now?

If we just tweak the margins of Taiwan’s financial services regulations then we’ll get some development, but not much. If we want big growth in financial services and a proper diversification of the Taiwanese economy, we need to be much bolder. If companies see Taiwan as familiar, and individuals see it as familiar too, and if the existing hubs continue destroying their own familiarities, why wouldn’t Taiwan 2 work? Taiwan 2 could put Taiwan on the map of international financial services hubs - "the familiar place in Asia to do business".

It’s great to celebrate and enjoy the things that make Taiwan great, but we should be taking economic advantage of them too.

Lee Faulkner is a Fellow of the Institute and Faculty of Actuaries, the UK’s actuarial body, and has more than 30 years’ experience in the world of financial services in Asia, Europe, and Latin America. He lived in Hong Kong for ten years and is a first-hand witness to its rapid decline. He is a Taiwan Gold Card holder and now lives in Taipei.