In his speech, Chairman Yang said that Taipower was focusing its efforts on energy saving through better management, upgrading existing power plants and increasing the proportion of renewable energy capacity.

Yang noted that new legal requirements for industry to use green energy will result in an increase in demand and that the private sector's involvement is important to meet this new demand.

Taipower is also looking into energy storage options, especially batteries, and the use of smart grids and Artificial Intelligence (AI), to improve the overall efficiency of the grid. According to Yang, Taipower has accumulated data on electricity usage and is analysing this data to improve all aspects of grid management.

Taipower, together with other government agencies, is now discussing the timing, method and other details of the process. An announcement to this effect is expected in 2020.

In his speech, Lee Chun-li noted that amended legislation aims to make the sale and use of renewable energy simpler and more affordable, as well as increase efficiency and decrease energy intensity.

Recently revised renewable energy targets aim to increase installed capacity of wind and solar to over 35 GW by 2035. Large energy users will also be required to use renewable energy and conduct audits of their energy use, on which the BOE will review and offer advice for improvements.

According to Lee, steady progress is being made in terms of energy savings, which have exceeded the government’s mandatory 1% improvement per year (energy intensity in Taiwan improved by around 1.8% per year during the period from 2009 to 2018).

In his presentation, Dr Chang noted that rooftop solar installations and energy storage systems could help to reduce demand from the grid, and thereby reduce the need for Taipower to burn fossil fuels.

In order to improve efficiency, Taipower plans to roll out advanced metering infrastructure (AMI) to 3 million users by 2024. This will enable Taipower to more accurately identify areas where savings can be realised and reduce supply and demand imbalances. New tariff plans will be announced next year with power saving incentives for users.

In his presentation, Sean McDermott gave an introduction to corporate PPAs and the challenges facing the renewable energy market in Taiwan.

In his presentation, Wu Chih-wei gave an overview of legislation and green power trading in Taiwan.

In his presentation, Huang Chih-wen gave an overview of Taiwan’s Renewable Energy Certification (TREC) mechanism from the perspective of the BSMI, which has been designated as the agency in charge of implementing the TREC programme.

In his presentation, Eric Lin from PwC Taiwan gave an overview of corporate PPAs. 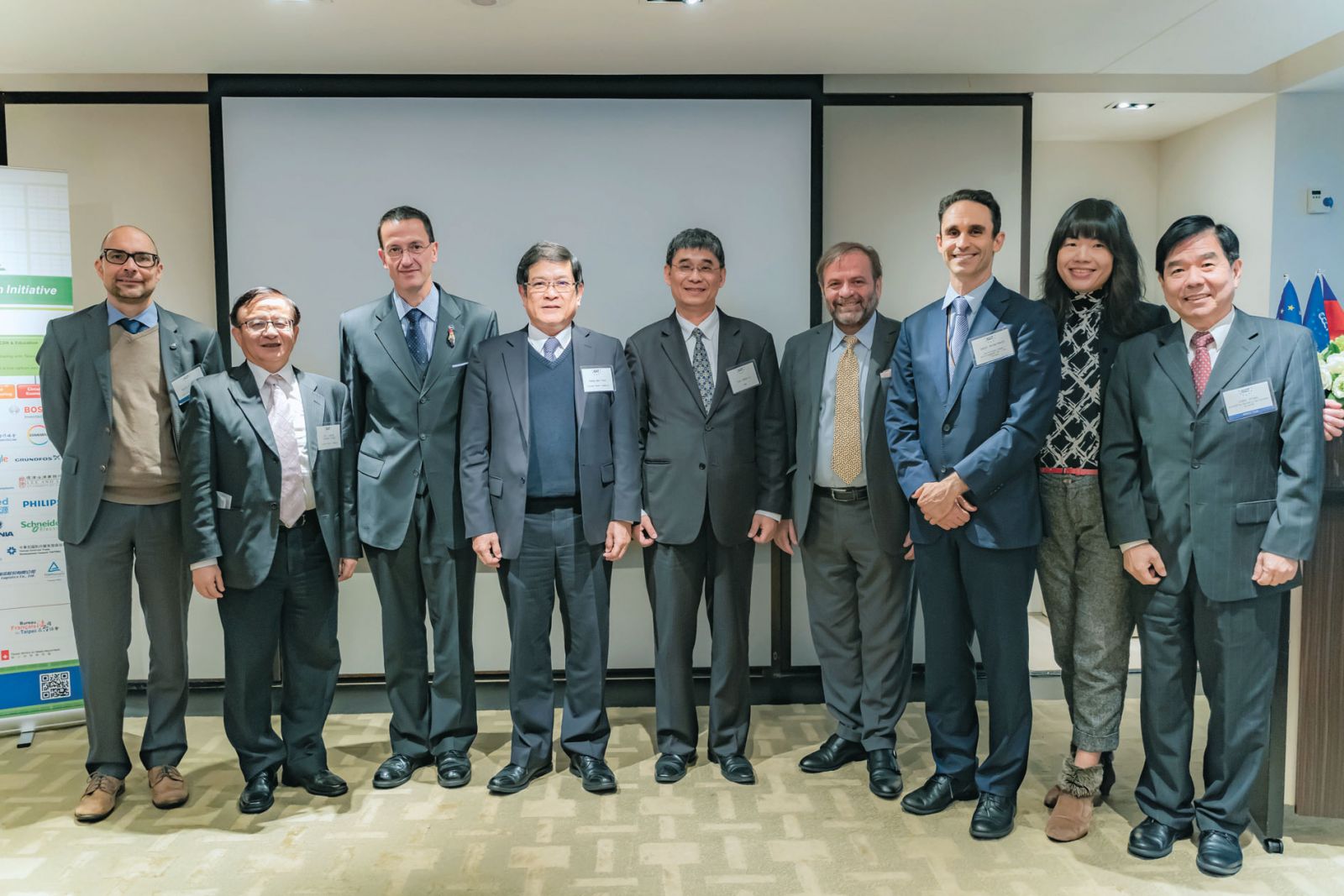 Guest of honour with the LCI Steering committee