The KMT has a new leader

Can Eric Chu revitalise Taiwan’s largest opposition party and should we expect any changes in the party’s cross-Strait and economic policies? 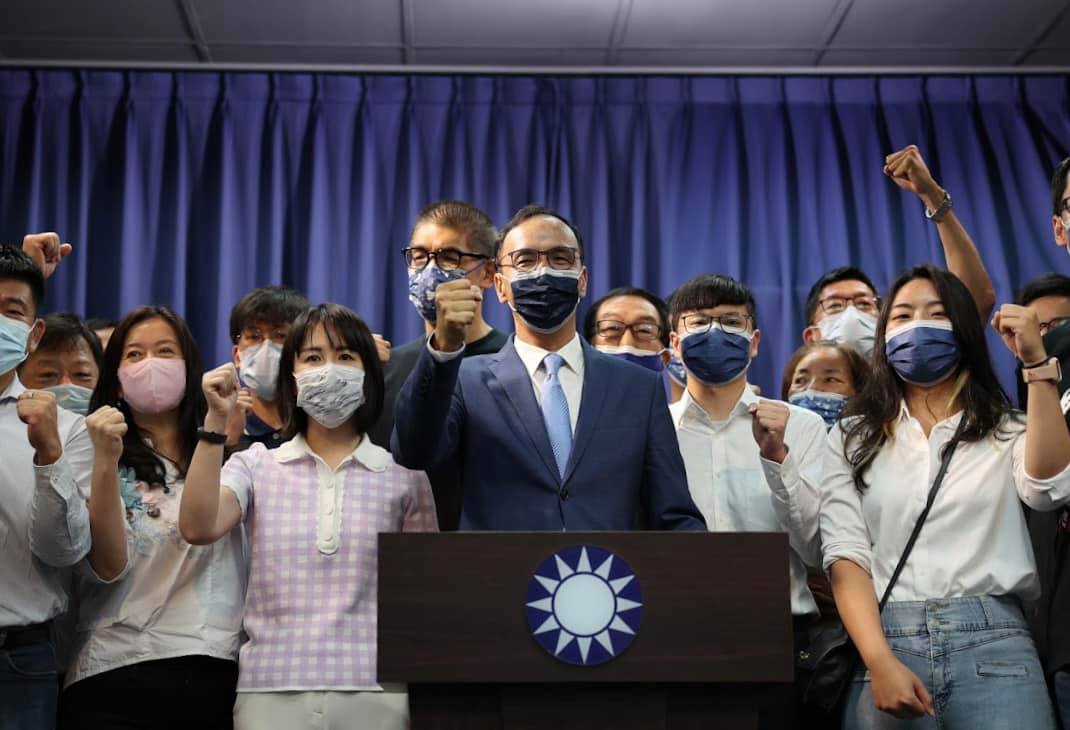 Eric Chu was elected chair of Taiwan’s opposition Kuomintang (KMT) party on 25 September, marking the second time that Chu has taken up the role. Chu, also the former mayor of New Taipei and magistrate of Taoyuan County, previously served as KMT chair from 2015 to 2016, following Ma Ying-jeou’s resignation as party chair to take responsibility for the KMT’s losses in 2014 nine-in-one elections. However, Chu served only for a year because it was a by-election.

Chu defeated all other opponents by large margins, winning close to half the total number of votes. At the same time, the future direction of the party remains uncertain, with Chang Ya-chung of the Sun Yat-Sen School winning a third of the vote.

Chu is an establishment candidate, who was perceived as a moderate in the past, and has on several occasions sought high office in the party. After becoming chair in 2015, Chu also became the KMT’s 2016 presidential candidate, replacing Hung Hsiu-chu. Chu later sought the KMT’s presidential nomination in 2020, competing against Terry Gou and Han Kuo-yu, but was unsuccessful.

During Chu’s first stint as chair, Chu presided over a KMT that had just experienced the 2014 Sunflower Movement. The KMT had yet to experience the significant losses of 2016 elections, which put Tsai Ing-wen in power for her first term. Yet it was already clear that the KMT was experiencing significant blowback for its pro-China policies. Significantly, Chu was the first KMT leader to meet Chinese president Xi Jinping in Beijing in May 2015, the two meeting in their respective capacities as leaders of the KMT and CCP. This paved the path for Ma Ying-jeou to later meet with Xi in his capacity as ROC president in Singapore in November 2015. This may not have panned out well for the KMT, given the results of 2016 elections and subsequent defeats experienced by the party.

Chu seems cognizant of the KMT’s dire straits. Notably, when he sought the KMT’s presidential nomination in 2020, Chu went into the race calling for reform of the party to change the KMT’s perceived pro-China image, in order to win back the support of young people. But the party that Chu presides over at present is very different than in 2015, or even a year ago.

In fact, as was apparent in the debates that were held before KMT chair elections, the Ma administration is now remembered as a high point for the KMT, rather than the beginning of the party’s present decline. Both Chu and Johnny Chiang, the KMT chair incumbent that was defeated by Chu in his re-election bid, called for party reform. However, in the lead-up to chair elections, both instead advocated hewing to party fundamentals.

More broadly, the KMT can be seen as having shifted more in the direction of the deep end spectrum. In particular, the 2020 presidential run of Han Kuo-yu, who leaned heavily into support from deep blues that view the DPP as attacking the fundamental institutions of the ROC, seems to have had a large influence on this shift in the party. The shift of the party toward the deep blue spectrum can also be understood in the context of the crisis experienced by the KMT after its 2016 defeats, with voices emerging to call for reform that were, in turn, opposed by those that called for returning to party traditions.

This was the view that the KMT had diluted its message by making too many compromises to the DPP, as well as the terror of another Lee Teng-hui emerging in the party. Lee, after all, rose to become head of the party despite secretly hoping to advance pro-independence views and, since then, the KMT has feared that another party leader could potentially prove a similar turncoat. Indeed, this fear of Lee Teng-hui has prevented efforts at reform, with Johnny Chiang facing such accusations as chair, and former Legislative Yuan majority speaker Wang Jin-pyng -- formerly considered the leader of a comparatively pro-localisation faction in the party -- having also historically faced many such accusations.

To this extent, the challenge faced by Eric Chu from Chang Ya-chung is significant. Chang became the candidate representing party hardliners. It surprised many that, in becoming the representative of the deep blues, Chang Ya-chung was able to perform substantially better than Johnny Chiang to become Chu’s closest contender.

The race had previously been seen as one that was primarily between Chiang and Chu. That being said, the rapid fall from grace of Chiang -- and his inability to carry out the initial programme of reform he set out for the party when he became chair -- sets a negative precedent for Chu in terms of whether he will be able to change the party. It is possible that a similar fate awaits Chu, who may hope to chart a more moderate course but find himself quickly unable to. If so, one does not expect the KMT to be able to turn a new leaf in terms of its electoral viability. Deep blues will continue to be vocal in the party, as proven by Chiang’s defeat and Chang’s unexpected rise -- though Chu attacked Chang regarding his strongly pro-unification views, the deep blues may begrudge Chu for this in the future and continue to act as a force against him.

More questionable is what cross-strait and trade policy that Chu will pursue. Chu indicated shortly after his chair victory that he would intend to maintain the 1992 Consensus. Analysts suggest that Chu’s version of the 1992 Consensus is probably similar to Ma Ying-jeou’s, particularly given Chu’s rise through the KMT more or less as a subordinate of Ma’s -- though what held during the Ma administration may not at present. Early moves by Chu indicate this will probably be the case, such as regarding the text of the letter that Chu sent to Xi Jinping.

Chu also stated that he intended to open a Washington DC office in the United States for the KMT, an idea that has long been floated, but not been acted upon within the KMT. With regional security issues fronted by the AUKUS nuclear submarine deal between the US, UK, and Australia, Chu will probably soon be asked to articulate a clearer stance on defense issues -- it is possible that, as with other KMT politicians, Chu will claim that he is pursuing a path of Taiwan attempting to avoid becoming over-reliant on the US or China.

Similarly, Chu will be pushed into making a clear stance known on Taiwan’s relation to the CPTPP, with the Tsai administration having applied for Taiwan to enter the regional trade pact shortly after China did -- this despite the fact that the CPTPP in its original form was designed to keep China out, by cementing economic relations between the US and Asia Pacific nations wary of China. Apart from the expectation that China’s application would preclude Taiwan’s, Japan is a significant force within the TPP. The KMT has long-held animosity toward Japan as a result of the Sino-Japanese War. As with Ma Ying-jeou, Chu may claim that Taiwan should join the CPTPP for economic development, as well as to seek to join the RCEP and China-led regional trade bloc -- as Chu does not differ from Ma on cross-strait policy, so too on trade policy.

This remains to be seen, but it could also prove a bridge too far for the KMT at present to advocate joining the RCEP, with the DPP and pan-green parties likely to raise the potential dangers to Taiwan from joining a China-led trade agreement. That would, after all, have a negative effect on ongoing pan-green efforts to decouple Taiwan’s economy from China and diversify trading partners.