What are your initial impressions of Taiwan?
I love it. Taiwan is the friendliest place I have been too. People are nice, nature is beautiful and Taipei City is very convenient. It is an honour and a pleasure for me to represent the EU and to live in Taiwan.

How do you view current EU-Taiwan relations?
The position of the EU is outstanding and current relations are excellent. Taiwan is a like-minded partner of the EU. We have much in common, starting with human rights, democracy and rule of law. All the values that are part of our DNA are also now an integral part of what makes Taiwanese Taiwanese. That is why it is so easy for us to engage in meaningful dialogue with Taiwan on so many issues.

How do you see relations developing over the next few years?
I am confident that relations will continue to strengthen. I want Taiwan to become an indispensable partner to the EU.

What areas would you like to focus on?
There is obviously overlap between the priorities in the EU and priorities for our relations with Taiwan. As you know the European Union is in a transitional phase. The European Parliament has elected Ursula von der Leyen to succeed Jean-Claude Juncker as the 13th president of the European Commission in December 2019. Just before coming to Taiwan I spent a week in Brussels at a conference together with 140 other ambassadors of the European Union. During that week we met with incoming President Von der Leyen and other incoming commission leaders. During our meetings President Von der Leyen outlined the guiding principles for the new commission, which are: a European Green Deal, an economy that works for people, and a Europe fit for the digital age. Here in Taiwan I would like to put emphasis on economic relations between the EU and Taiwan, focusing on encouraging more Taiwanese investment to the EU. The second priority is connecting Taiwan with Europe on different levels and layers. The third priority is to raise the visibility of the EU in Taiwan to make the EU as a brand more recognizable. This is something that will also help business.

How do you view the current business environment in Taiwan and the EU and prospects for future bilateral investments?
The business environment in Taiwan is already good, especially compared to many of the EU's other trading partners and other economies in Asia. Europeans are by far the largest investors in Taiwan, holding 31% of FDI stock. If you add investments of €20 billion from the European offshore wind power developers that are in the pipeline, Europeans will become the dominant foreign investors in Taiwan. European investments translate into us bringing growth, advanced standards and prosperity to Taiwan. This is something that we should be really proud of.

At the same time, investments in Europe are really small, accounting for only 3.1% of Taiwan's investments abroad. This is surprising and represents great untapped potential, especially given the fact that Taiwanese have large and growing investments in other countries and that Taiwan has the fourth largest currency reserves in the world, double the level of Germany. I would like to help create more opportunities for Europeans in Taiwan as well as encourage Taiwanese business to be more courageous in investing in Europe. I believe we can do more to persuade Taiwanese investors that Europe is a good place to invest and do business by highlighting the fact that the EU is the world's single largest market and that Taiwanese already have visa free travel and there are many direct flights. 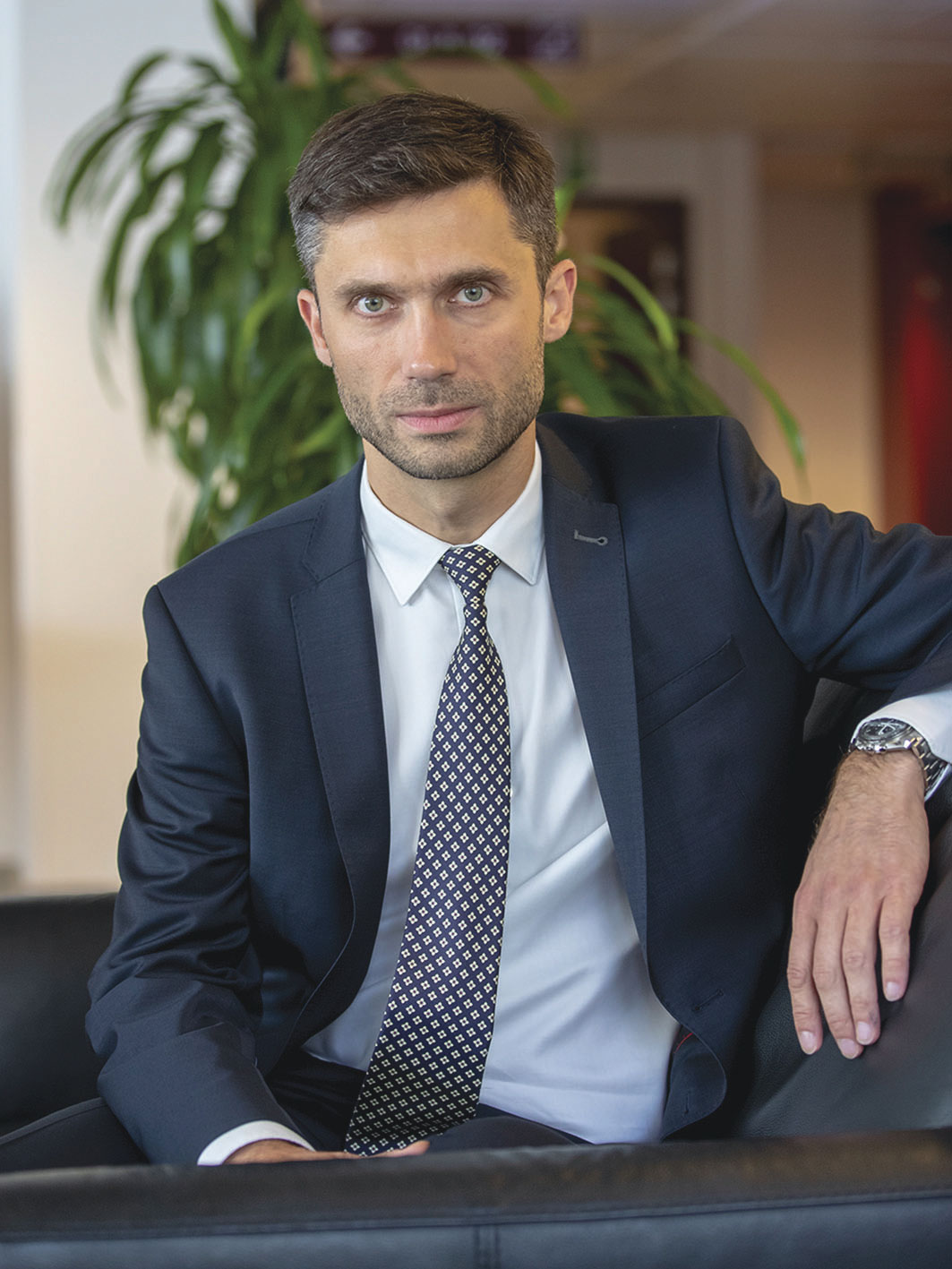 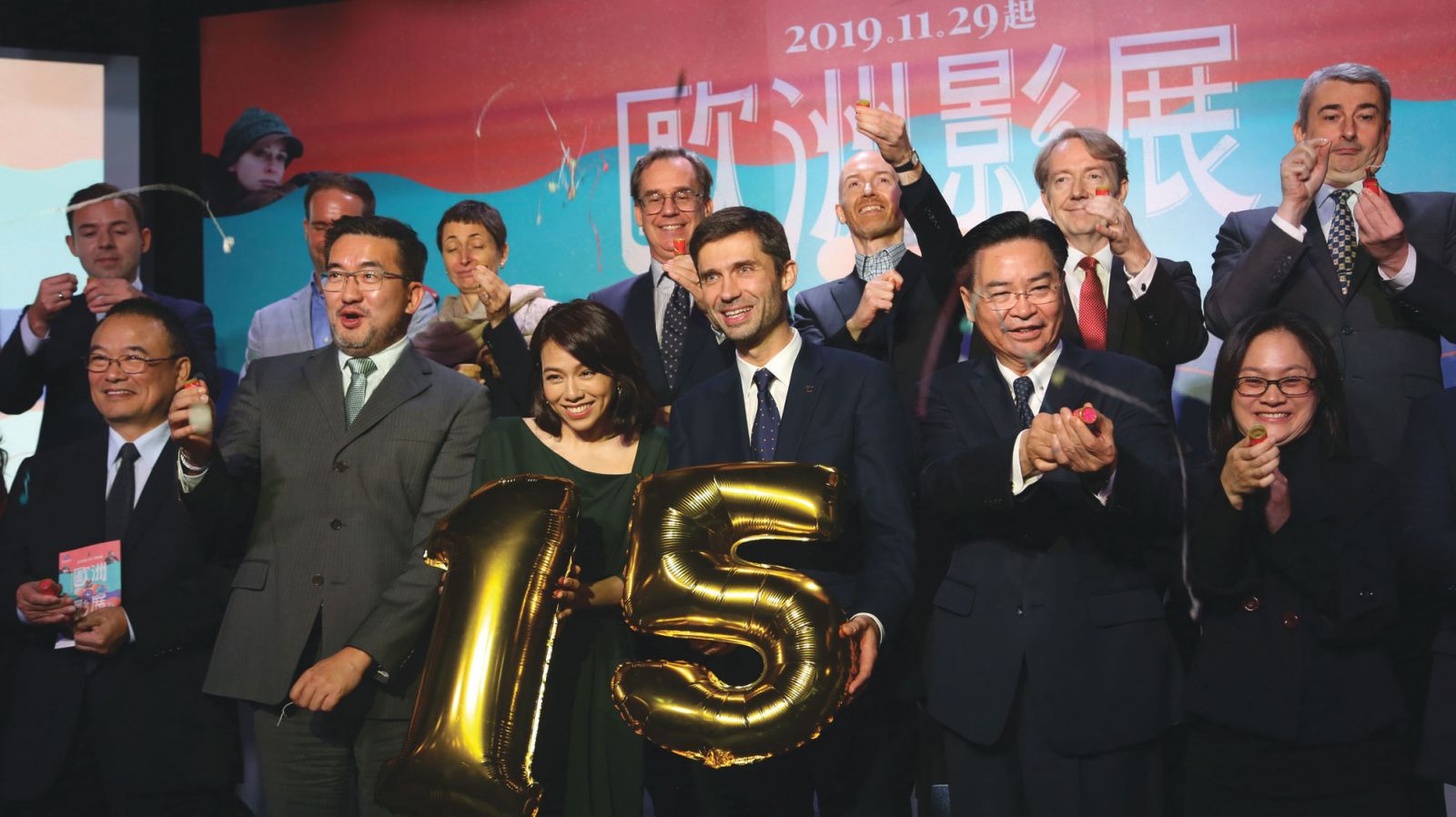 What is the current status of the proposed EU-Taiwan Bilateral Investment Agreement?
I believe a BIA would be beneficial to both sides by protecting the interests of European companies in Taiwan, Taiwanese companies in Europe and thereby also hopefully attract more Taiwanese investors to Europe. I hope we can conclude the agreement quickly after we have taken the political decision to move ahead.

Besides business, what other areas would you like to emphasise?
We will continue to promote people to people educational and cultural exchanges. Europe has very high quality universities and is regarded as the best place in the world to study. For example, 1,500 Taiwanese are studying medicine in Europe. A little-known fact is that many of these students are studying in Poland and Spain. When these students return to Taiwan they will be the best ambassadors for the EU in Taiwan. We have so many assets in Taiwan starting with the ECCT, the best trademark we have as the largest organization representing European business. The ECCT's position papers are seen as a living document, which we use as part of our speaking points when we engage with Taiwanese authorities, who also see it as part of their job to respond and see the position papers as a useful tool for them to improve the business environment in Taiwan.

The Taipei European School, although a commercial enterprise, has a unique European identity, an excellent reputation and a great track record of academic success. I will therefore continue to cooperate with and support TES. Another impressive network of people who know about and care about the EU is the EU Centre in Taiwan, a consortium of seven universities in Taiwan, which conducts studies of the European Union and academic and civil society exchanges and cooperation globally. In addition, we will continue to engage in discussions with our Taiwanese counterparts on existing platforms related to the digital economy, human rights as well as support cultural activities.

The EU is facing many challenges. What do you see as the greatest challenges in common with Taiwan and how should they be addressed?

Like the rest of the world, the EU is facing geopolitical, environmental and economic challenges. Brexit is one of the big current challenges for the EU. Regardless of what happens in negotiations, if the UK leaves the EU, it will nevertheless remain a European country and the closest partner of the EU on many levels. A number of the challenges facing the EU are global challenges in common with Taiwan. Climate change is another challenge, but it is also an opportunity given that there is a whole set of issues concerning energy where the EU and Taiwan can cooperate. In particular, the EU's investments in wind farms, especially offshore wind farms, will transform Taiwan's energy sector. The latest numbers are impressive. The first large offshore wind farm, inaugurated in November, will produce 128MW of electricity, enough for 128,000 households per year.

This is a concrete example and it is just the beginning given Taiwan's ambitious solar and wind energy targets of over 25GWs by 2025. The numbers become less abstract when you consider the business opportunities. Related to renewable energy is energy storage and smart grids opportunities. And just like wind energy, Europeans are leaders in these fields. By investing and operating in Taiwan, we also promote European international standards in Taiwan, which will have the knock-on benefit of promoting international standards beyond Taiwan as many companies use Taiwan as a spring board into the rest of Asia. As more of the supply chain becomes localized, this will also benefit the Taiwanese companies who partner with Europeans to explore business opportunities in the region.

About Filip Grzegorzewski
Filip Grzegorzewski took up his position as Head of the EETO in September 2019. He is a career diplomat with specialist knowledge of and experience in Asia. He has held key positions in both his national diplomatic service and that of the European Union.

Prior to his current position he was the Chair of the Council Working Group on Asia – Oceania (COASI). The group brings together delegates from each EU member state's Ministry of Foreign Affairs and meets weekly to prepare the decisions of the Council of the European Union on all matters pertaining to the two continents. From 2013 to mid-2015 he was Director General of Asia-Pacific Department at the Ministry of Foreign Affairs of the Republic of Poland. Between 2011 and 2013 he was Head of the Policy Unit and Deputy Chief of Staff in the Ministry of Foreign Affairs. Grzegorzewski was Political Counsellor at the European Union Delegation to China and Mongolia from 2008-2011. This came after he served as COASI Representative at the Permanent Representation of Poland to the European Union (from 2005-2008). He graduated from the Polish Diplomatic Academy and the University of Warsaw with a specialisation in Chinese studies and international relations. He also studied at Nanjing Normal University in China and at Hanoi University in Vietnam. 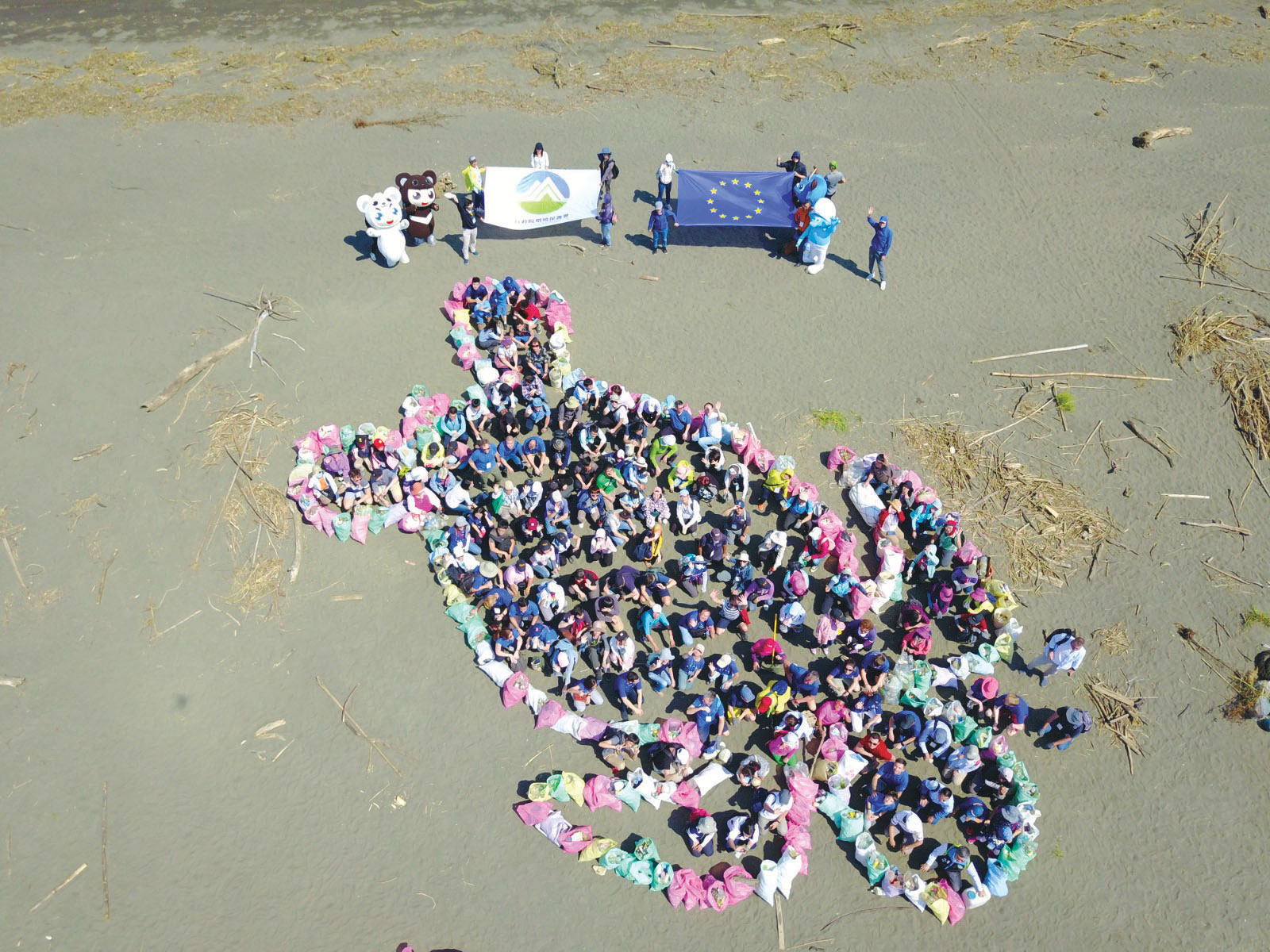 The EETO held its second EU-Taiwan Beach Cleanup with the EPA on 5 October 2019, with participants from the Ministry of Foreign Affairs, the EU Member States in Taiwan, and New Taipei City Bali District 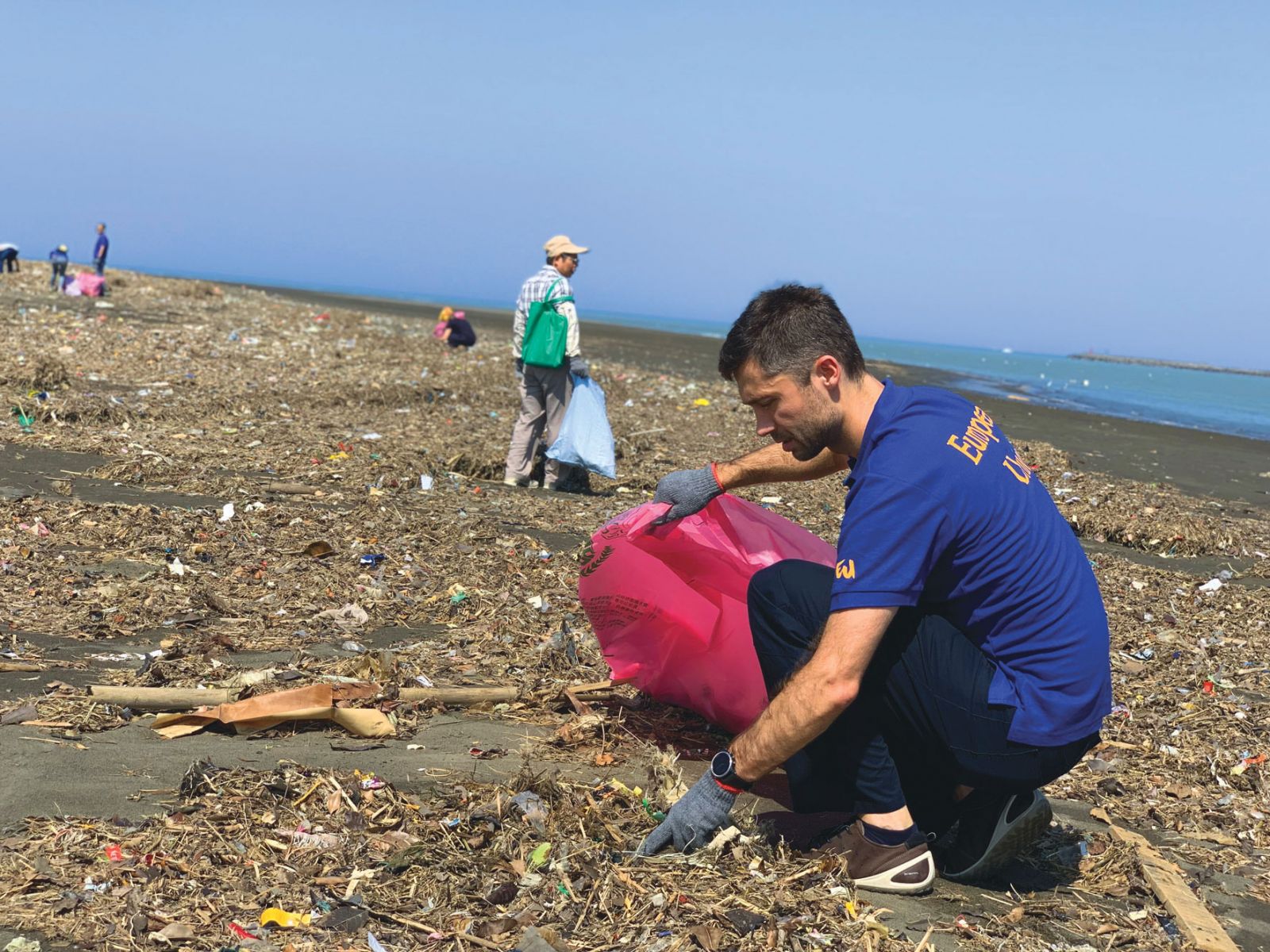