Will the US withdrawal from Afghanistan accelerate trends toward self-reliance in Taiwan? 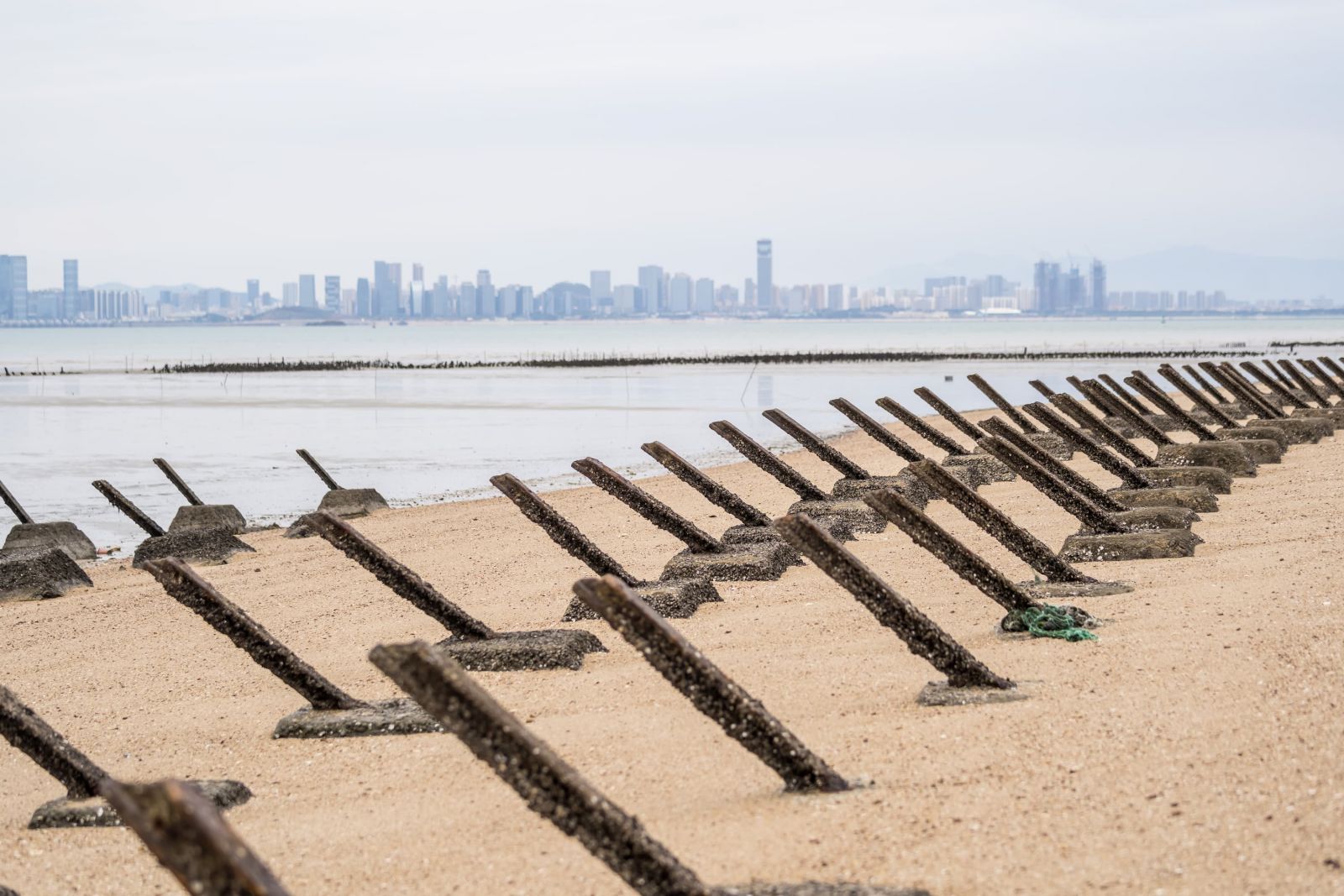 The US withdrawal from Afghanistan and the resultant fall of the country to the Taliban has already had a significant impact on Taiwanese political discourse. The result has been significant soul-searching from Taiwanese about whether the US would similarly abandon Taiwan in the event of a Chinese invasion, which has been leveraged on for domestic political purposes.

The KMT has pointed to the US withdrawal as suggesting the fundamental unreliability of the US as guarantor of Taiwan’s security from a Chinese invasion. This, the KMT claims, is why the Tsai administration should return to cross-strait policy founded on the 1992 Consensus.

As such, the Tsai administration has tried to emphasize how Taiwan is different from Afghanistan, though also suggesting the need for Taiwan to be able to rely on itself, with both President Tsai Ing-wen and Premier Su Tseng-chang emphasizing this point. One expects continued contention between the DPP and KMT about what the Afghanistan situation should mean for Taiwan. In the wake of the withdrawal, the Tsai administration has otherwise touted the strength of US-Taiwan ties under the Biden administration and the longstanding historic relations between the US and Taiwan.

Expert assessments have generally agreed that Taiwan and Afghanistan do not make for great comparisons. One notes the centrality of Taiwan to global semiconductor manufacturing, Taiwan’s larger economy, that a Chinese invasion threat is external and not internal like that of the Taliban, and the higher international stakes of a Chinese invasion--with the rival superpowers of the US and China potentially becoming embroiled in conflict if China were to invade Taiwan. Taiwan has other regional allies that may intervene in the event of a Chinese invasion, most notably Japan, which was not the case with Afghanistan. Nonetheless, this is not likely to prevent Afghanistan from being used as a talking point in domestic political discourse.

It is possible that the US withdrawal will accentuate trends in Taiwan’s defense strategy. Namely, during its tenure, the Trump administration caused panic after Trump suggested that it would withdraw troops from bases in South Korea and Japan if South Korea and Japan did not pay more funds to maintain these bases. Taiwan probably viewed this with alarm, given the potential effects on Taiwan if the US withdrew its military presence from the Asia Pacific, even as the Trump administration otherwise increased support of Taiwan. The Trump administration’s withdrawal from the Trans-Pacific Partnership (TPP) trade agreement in its early days in office also upset hopes by Taiwan to cement closer economic ties with the US through the trade agreement, to increase the economic incentive for the US to defend Taiwan.

Following Trump’s election defeat to Biden, the Biden administration has touted a return to the status quo ante. Strengthened policies in support of Taiwan continue to take place under Biden, but with greater effort made to minimize theatrics and avoid unnecessarily provoking China. For example, while historic visits to Taiwan by high-ranking US diplomatic staff were trumpeted by the Trump administration far in advance, they tended to be announced only shortly before they took place by the Biden administration, so as to give China less time to react and register displeasure. One can see this with the surprise announcement that three US congress members would be flying to Taiwan from South Korea for a brief diplomatic visit on 6 June, which became known only immediately before it took place.

In response to panic about US commitments in Asia following the Afghanistan withdrawal, US president Joe Biden asserted US support of Japan, South Korea, and Taiwan in televised comments on NBC on 19 August, suggesting that the US had an explicit commitment to defend Taiwan the way that it does with Japan and South Korea. These comments were later walked back, to assert that the official US position on Taiwan was still strategic ambiguity. It seems that the US’s stance on strategic ambiguity is itself increasingly ambiguous.

But it is possible that--even as the Tsai administration has emphasized that little has changed for Taiwan after the Afghanistan withdrawal--the Tsai administration will be pushed toward greater self-reliance and wariness about the US support of Taiwan after the Afghanistan withdrawal. This will continue trends that began under the Trump administration, though the US’s role as Taiwan’s major security guarantor is not likely to change any time soon. There remains much uncertainty about US global power at present, even if the Biden administration has sought to reassure that it will be a more reliable bulwark for the rules-based international order than the Trump administration.

It may not just be Taiwan that tries to become increasingly self-reliant in the Asia Pacific. While conflict over past war crimes by the Japanese empire is still a stumbling block to economic and political relations between South Korea and the US, Japan may also be wary of the US’s commitments. Japan was wary of the instability of potential shifts under the Trump administration, which is why then-Japanese prime minister Shinzo Abe placed so much emphasis on developing a strong personal relationship with Trump. Significantly, Abe has continued to play a role in his party’s policies on Taiwan, such as regarding vaccine donations to Taiwan by Japan.

Indeed, Japan may also be wary after witnessing the fate of Afghanistan. With rare consensus between the pro-Beijing and pro-Taipei wings of the Liberal Democratic Party (LDP) secured on efforts to support Taiwan, and planned talks between the DPP and LDP, this could prove an opportunity for Tsai to secure stronger ties with Japan in order to mitigate the threat of a Chinese invasion.

One notes that it has become increasingly debated whether to retain long-standing American policies of strategic ambiguity toward Taiwan or whether this should be dropped in favour of strategic clarity as of late. Some Republican lawmakers or voices influential on policy hostile toward China have called for the dropping of strategic ambiguity and a firm stance on US support of Taiwan in the event of a Chinese invasion. US experts on Taiwan sometimes lean more heavily in the direction of maintaining existing policies regarding strategic ambiguity, with the view that China may become more aggressive toward Taiwan and the US if there were strategic clarity. Such arguments often hinge on the claim that this would increase the odds of conflict in the Taiwan Strait, and that decades of policy precedent should not be discarded overnight.

As such, if Tsai leans in the direction of hoping for strategic clarity for the US--something that is in itself debated in Taiwan--it is possible that the US withdrawal from Afghanistan gives Tsai leverage to push for strategic clarity. The space for leverage is visible in Biden’s comments, though there would be pushback against this--as seen in the fact that these comments were walked back. In this sense, the US withdrawal from Afghanistan may provide something of an opportunity for Tsai, in the way that a crisis for the US is in itself an opportunity to push for a systematic rethinking of prior assumptions.

At the very least, Tsai has room to call for stronger US support for Taiwan as reassurance of US-Taiwan ties, citing how Afghanistan is used against her as a wedge issue domestically. In this sense, the US may itself be pushed to shows of support for Taiwan in the coming days such as announcing more vaccine donations to Taiwan. It remains to be seen if this will take place.

#BrainHioe #KMT #DPP #US #Taiwan
Back