Politics is the name of the Olympics game

#TaiwanWins, but the Tokyo 2020 Olympics has been fraught with anxieties about national identity and transitional justice 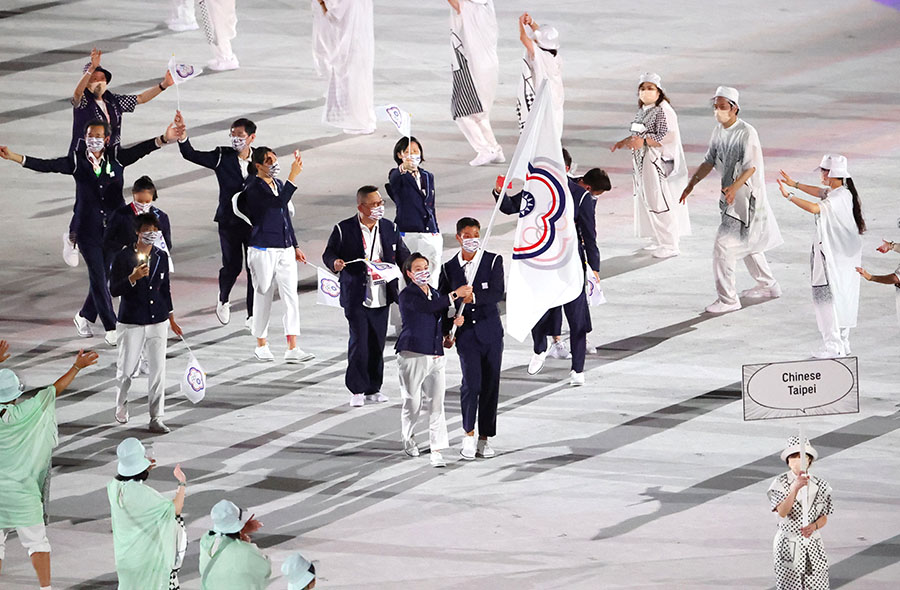 It was the 2004 Athens Olympics, and I was a teenager growing up Taiwanese in Australia – a country still basking in the afterglow of being the previous host country. A mother and her child were seated next to me on the train, scanning through the list of countries in the Olympics medal tally.

I looked over, wondering what his mother, an adult, would have to say. Instead, she shrugged; she genuinely had no idea.

No surprises there, I thought. After all, while others celebrated Australia’s wins, or even those of their migrant parents’ countries, the oddity of being from an ‘orphan’ state with a nonsensical name meant not so much national pride, but rather, an identity crisis of sorts.

It’s not a foreign feeling for most Taiwanese, with each passing edition of the Olympics being a bigger global spectacle than before – and especially as Taiwan’s national identity began to move away from its martial law legacy and into a new era of democracy.

For this year’s Tokyo Olympics, both the games and the name (of the Taiwan team, that is) are the same, but the tune being whistled – whether by athletes, spectators or governments themselves – feels decidedly different.

For starters, the nation’s Olympics mania has been in full swing, after a record medal haul: two gold, four silver and six bronze. Yet, beyond the love of the sport, it’s perhaps how the Taiwan team matched up to the other ‘Chinese’ team both literally and symbolically that really seized the nation.

One in three people in the nation reportedly tuned in to watch Taiwan badminton queen and world No. 1 champion Tai Tzu-ying (戴資穎) and her Chinese opponent Chen Yu-fei (陳雨菲) in the women’s singles final on 1 August. Meanwhile, when badminton duo Lee Yang (李洋) and Wang Chi-lin (王齊麟) secured their gold medal over the Chinese team in the men’s doubles final, their ‘hawkeye challenge’ match point became an instant viral sensation – and a kind of stand-in for new Taiwanese nationalism. 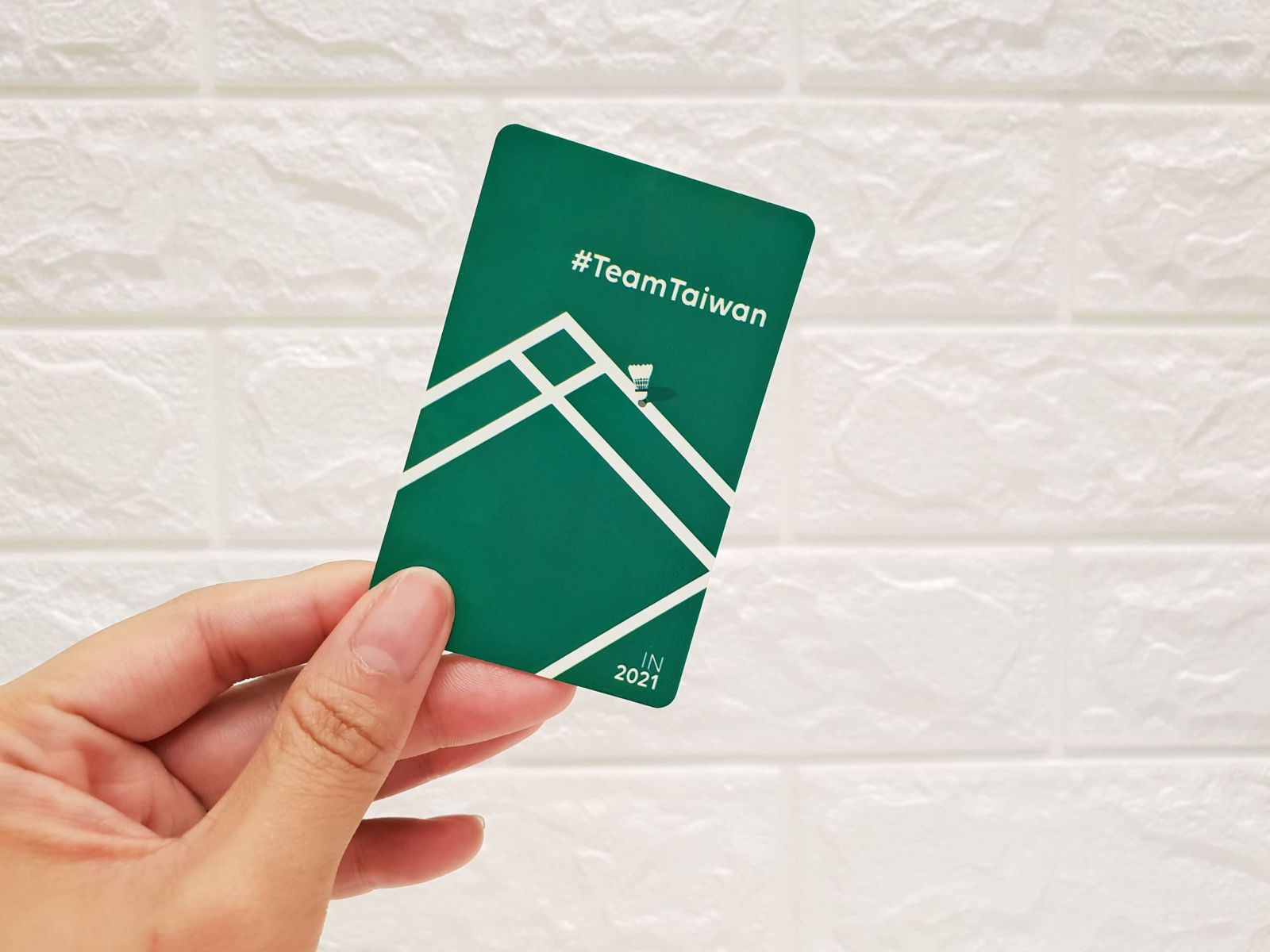 Lee Yang himself proclaimed pointedly in a Facebook post – one that also specifically mentions seeing the ‘Chinese Taipei’ flag and hearing the ‘Republic of China’ flag anthem – that he was dedicating his win to “my country: Taiwan”.

After losing to Lee and Wang, China’s Li Jun-hui, on the other hand, referred to the duo as “our Taipei, China team” in a congratulatory Weibo post.

These respective word choices point to the ways in which the obfuscating and hyper-political name game has evolved – as well as something athletes are having to increasingly contend with in the contemporary world of global elite sports.

Taiwan is, of course, no stranger to the nuances behind names, given that the various monikers under which the nation’s Olympics team have competed have all vastly depended on shifting political tides. Since the 1956 Melbourne games, the Taiwan delegation has competed under ‘Formosa China’, ‘the Chinese Republic of Formosa’, ‘Taiwan’, ‘Republic of China’ and, finally, ‘Chinese Taipei’.

The name conundrum even culminated in a name-change referendum campaign in 2018, led by former Olympics medalist Chi Cheng (紀政), who had called the current ‘Chinese Taipei’ name an “injustice”.

Ahead of the vote, the IOC warned of possible loss of membership in future games should Taiwan push ahead with the name change, sparking a national debate on whether politics and sports should mix.

That sports and the struggle for national identity are entwined is an uncomfortable truth in Taiwan, one that goes all the way back to both Japanese and Kuomintang colonial periods.

Writing in the EAST Asian Sport Thoughts, National Taiwan Sport University academics Hwang Dong-jhy and Chiu Wei-cheng pointed to sports in Taiwan as a by-product of Japanese colonial rule. The government had introduced organised sporting activities in schools as a kind of trojan horse for rituals like flag-raising and military marches and anthems – “to secure and reinforce respect for and obedience and loyalty to various national symbols.”

Sports would later be incorporated as a key part of the Kuomintang propaganda, with the staging of various sporting competitions named after the president, as well as newly built ‘Chung Cheng’ (中正) sports and recreational centers. 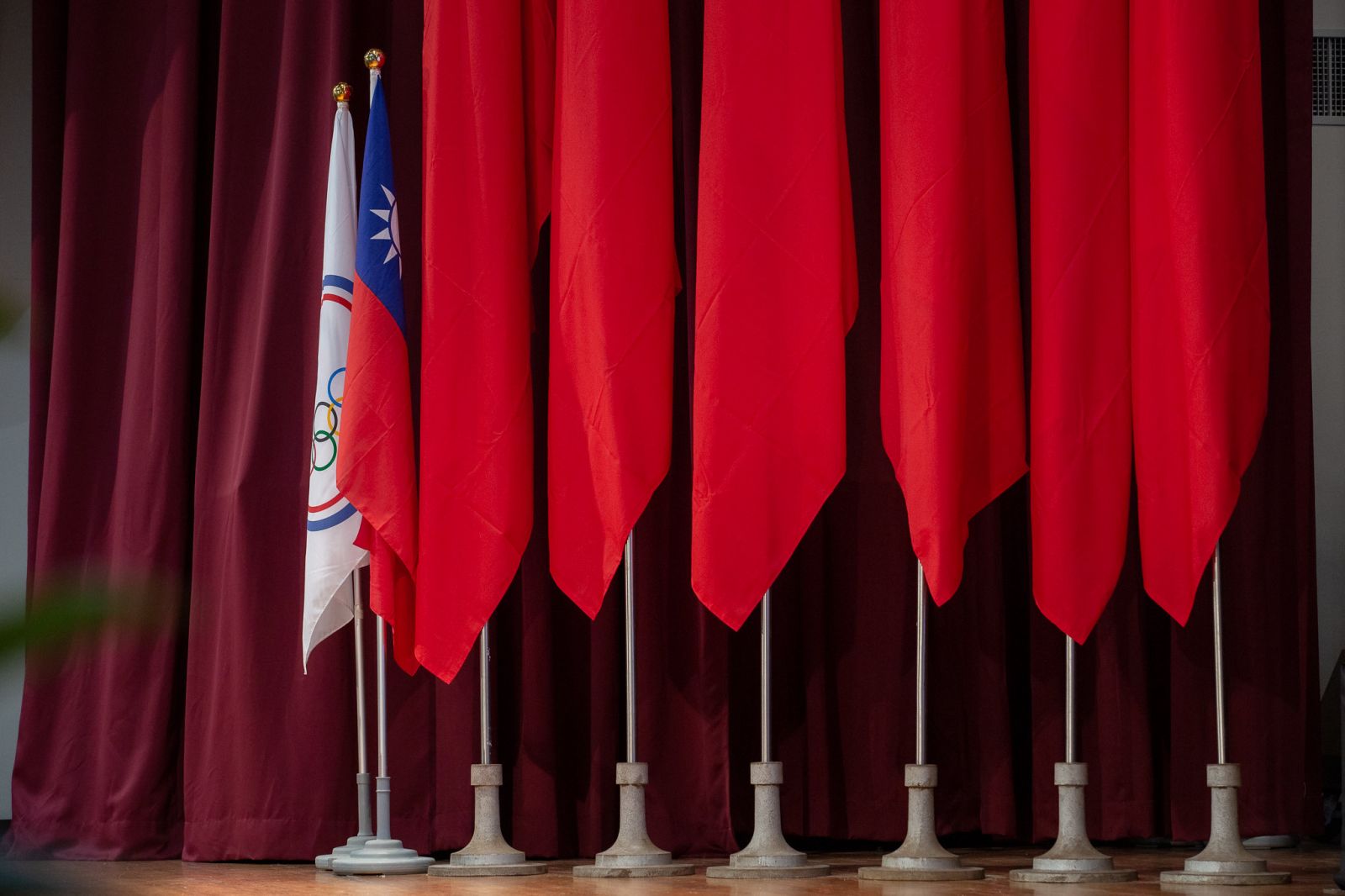 This year, politics feels even more front and center in the games. Beyond the fight for legitimacy as either the rightful ‘China’ or even the right Taiwan, this iteration came not only amid a global pandemic but also changing diplomatic relations and zeitgeist.

Referring to the politically-flavoured incidents that filled this year’s Olympics, from Belarus sprinter Krystsina Tsimanouskaya’s defection to US shot putter Raven Saunders’ ‘X’ stance on the podium, Tim Culpan wrote in Bloomberg that “for all the pretense that the Olympic Games are about sport and not politics, Tokyo 2020 has abruptly reminded us that such a divide is impossible.”

Neither the CCP nor Tsai’s administration shied away from political outreach for this year’s games. Beijing specifically warned the DPP not to use the Olympics as a platform for Taiwan independence. Meanwhile, Taiwan’s central government has also been quick to utilise social media against China, with one post suggesting that athletes and celebrities need not apologise for losing a match or supporting athletes, and another calling for support of watching legal broadcasts of the Olympics – which many see as a pointed jab at the controversies around local celebrity Chen Chien-chou (陳建州) viewing a pirated stream of the games from a Chinese set-top box.

But perhaps the most political of the Olympics scandals occurred before the games even began, when Tai Tzu-ying had inadvertently revealed on her personal Instagram that athletes were travelling to the games in economy class, contrary to what was previously promised. When news emerged that government officials, coaches and doctors in the Olympics delegation were seated in business class instead, public outrage over ‘sports reform’ was quickly reignited.

Though Tsai Ing-wen (蔡英文) took to Facebook to offer an apology shortly after, with the head of the Sports Administration Chang Shao-hsi (張少熙) offering his resignation the following day, it was as if the incident had instantly “held up a mirror to the ‘bureaucratic ecology’ of the domestic sporting world”, as one writer opined in Business Today.

That one flight could create so much anxiety attests to Taiwan’s long legacy of systemic corruption in sporting organisations, inherited from the country’s authoritarian period. As Brian Hioe noted in New Bloom, heading a sporting association in the country was “traditionally a sinecure position” that often came at the expense of athletes.

Since taking office, Tsai Ing-wen has been vocal about not only supporting but also ‘cleaning up’ sport, amidst an increasing push from the nation’s top athletes and legislators for greater transparency in sports associations. However, attempts to root out nepotism, graft and political interference at the top level have been hard-won.

Despite lawmakers passing a series of amendments to the National Sports Act (國民體育法) in 2017, the same problems continued to persist. The Chinese Taipei Taekwondo Association chairperson, for instance, was found to have both misappropriated funds and illegally appointed his sons to association positions in 2019. Meanwhile, charges of collusion between the Chinese Taipei Amateur Softball Association deputy secretary-general and Chinese Taipei Olympics Committee vice president Tsai Szu-Chuen (蔡賜爵) continue to mar the legitimacy of the very associations they preside over.

In the wake of the economy class debacle, several lawmakers are now urging for another round of amendments to the Sports Act, as the sporting world continues to grapple with its moment of transitional justice.

With this chapter of the games closed, the current administration already has its eyes set on the Paris 2024 Olympics. Premier Su Tseng-chang (蘇貞昌) has said the government would commit to continued funding for the development of the nation’s elite sports system.

Before reaching the finish line, however, the country may have to face up to many more rounds of change at the cultural and systemic heart of sports.