Taiwan’s court system offers some good options for rights holders to enforce their intellectual property rights. This article offers some background and pointers to follow.

By John Eastwood and Wendy Chu 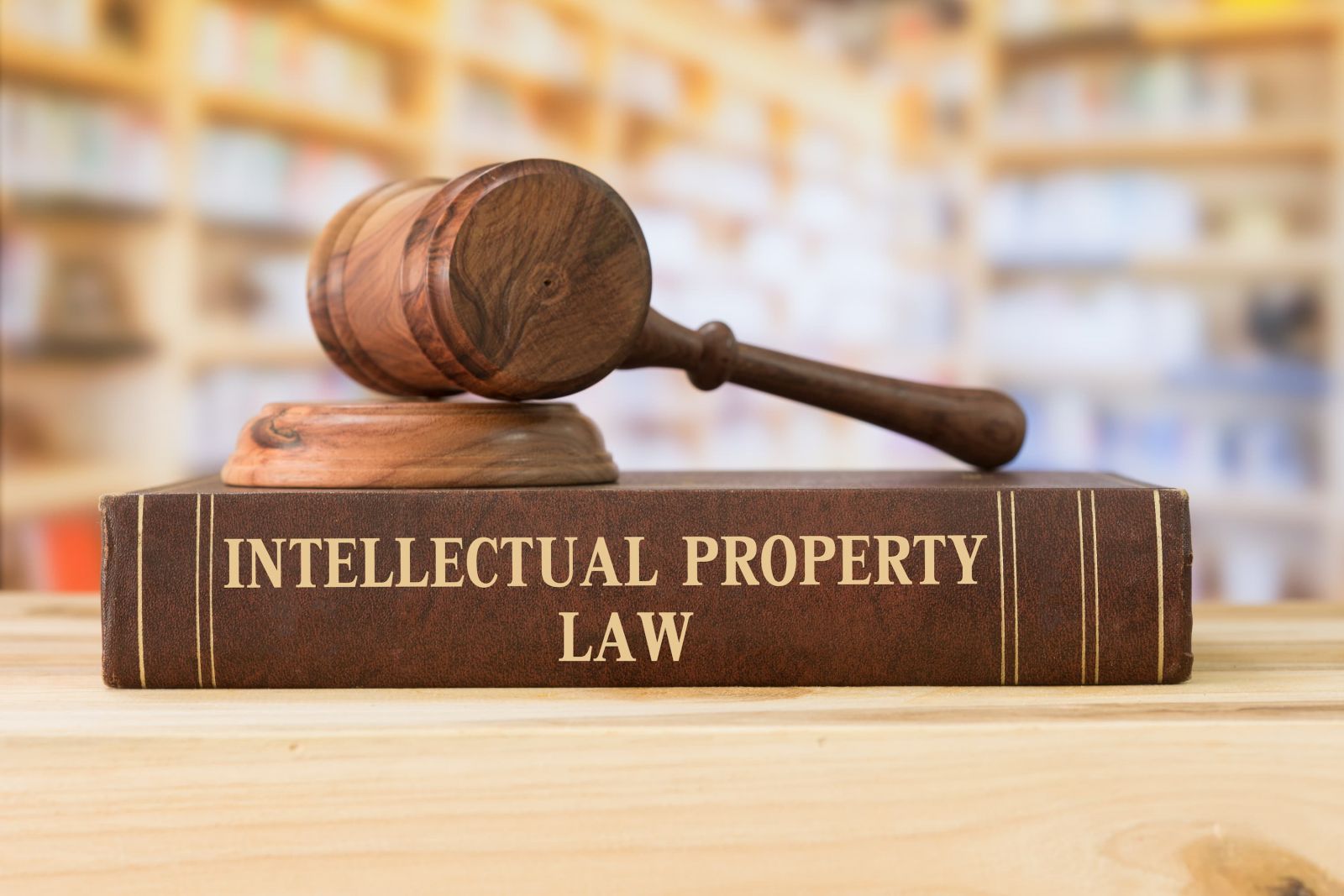 Introduction
Rights holders looking at Asia-Pacific enforcement budgets often have to make hard decisions about where to take action. Although Taiwan’s population is small (about 23.6 million), its economy punches way above its weight with technology-intensive industries such as semiconductors and other IT-related industries leading the way both as generators of IP and as users of foreign IP. Because of past shifts of factories in labor-intensive industries overseas to mainland China and Southeast Asia, Taiwanese companies sometimes still have a role in the financing and running of overseas manufacturing of counterfeit clothing, luxury goods, auto parts and sporting goods. Fortunately, the Taiwan court system offers some solid options to rights holders who want to take action.

Preparing for action
Rights holders need to prepare evidence and documents establishing their rights and the facts of infringement before they take action, as the Taiwan police, prosecutors and judges involved with authorizing raid actions are sticklers for details. As a preliminary matter in trademark and copyright cases, it is important to assemble copies of the Taiwan trademark certificates (front and back sides) and any supporting documentation needed to establish copyright protection.

In trademark matters, an assessment report by someone who knows the genuine products is necessary – frequently we have worked with local distributors or employees but e-mailing of digital photos back to overseas clients has also been a popular option. There are also several independent institutions approved by the Judicial Yuan and Ministry of Justice that can provide assessment reports necessary for taking action in copyright and patent infringement cases.

Investigators are often an important part of pulling together the evidence, to get the receipts, quotes, samples, floor plans, and to make the supporting statements necessary to pull together a raid action. After getting further information about infringers from the investigators, it is usually helpful to get asset checks run to see whether significant attachable real estate holdings or other property are present and to evaluate the pros and cons of future criminal and civil litigation steps. Cross-border cases present some challenges with regards to evidence, and it is very important to establish some form of Taiwan nexus for overseas infringement.

One good factor is that in copyright and trademark cases in Taiwan a company’s registered “responsible person” faces personal criminal and civil liability if the Taiwan company can be directly tied to infringing activity. Another good trend is that Taiwan companies that have relocated overseas often maintain a little office space back here and their key personnel often have the trappings of successful businesspersons – real estate, bank accounts, nice cars, and other attachable assets. It is very important to coordinate the overseas raid and investigations to clear the way for evidence to be admitted into a Taiwan court.

Criminal and civil options in Taiwan
Trademark and copyright infringement cases are covered by criminal law provisions, while patent infringements have been decriminalized – the last vestiges of criminal liability having been removed for design and new utility model patents in early 2003. All trademark and some copyright infringements are “public crimes” that, technically, do not require a complaint to be filed; however, as a practical matter the Taiwan police and prosecutors often want a criminal complaint filed by local counsel.

After a police seizure of counterfeit trademark or copyright protected merchandise, the police will conduct an investigation into the basic facts and send a report to the prosecutor, who will normally hold a couple of hearings before deciding whether to issue an indictment. After an indictment is issued, the case moves to the District Court level, where the judge will usually hold about three to four hearings to get through the basic case facts and to listen to arguments for and against criminal liability being imposed. If the District Court judge issues a decision that the defendant is “not guilty” or gives a particularly low sentence, the rights holder has 10 days to request that the prosecutor file an appeal to the High Court. The prosecutors are generally willing to do this.

If taking action in Taiwan, it is important to participate actively in the case. Access to the files and greater participation can be key factors in getting good criminal results because the rights holders’ counsel often comes armed with a greater grasp of the individual case facts and relevant IP law than many judges and prosecutors, who may be under heavy docket pressures or have little experience handling IP cases.

Location of assets can be a key aspect of later decision-making within a case or an anti-counterfeiting campaign, but the short time it takes to file a supplementary civil action is a relatively cheap way to kickstart the asset location process and to size-up the case facts. If there are no substantial recorded assets, negotiation of a voluntarily paid settlement or the withdrawal of the civil action are options that may be pursued by the rights holder. For purely civil matters, such as patent infringement, the procedure normally moves more slowly than for criminal matters. Given weaknesses in Taiwan’s civil discovery system, it will often be helpful to use investigators to pull together basic evidence regarding the infringement. As is highlighted below in more detail, it may be helpful to use civil provisional attachments to secure infringing goods, business records, and other key evidence to ensure that they will be available when the court case starts.

Seizure and attachment
While traditional raids by the police usually only went after the infringing products, there appears to be a greater willingness of the courts and police to go after manufacturing equipment, business records, and promotional materials. While the Taiwan authorities are not always creative in expanding the scope of a seizure request, it is advisable to come up with a list of things seen by investigators or expected to be at the raid site: computer hard drives and disks, invoice and shipping records, product literature, price quotations, or anything else that might provide some insight into the scope and duration of the infringing activities. While security camera footage may not provide much evidentiary value, removal is a wise idea in cases involving targets run by Taiwan’s organized crime groups lest they get reviewable footage of the investigators, police and attorneys who put together the raid action. Keep in mind that Taiwan’s civil discovery rules are quite lax, and so anything that is not taken away by police will probably never see the light of day in later court proceedings.

Asset checks can sometimes be run before a raid action takes place, depending somewhat on where the likely defendants are on a spectrum that goes between companies maintaining “legitimate” registered front companies down to individuals operating under nicknames. After finding out where money, real estate or vehicles are, an ex-parte filing can be made for attachment of the assets. Taiwan courts normally want a bond of about a third to a half of the value of the property being attached. Attachment of assets can often have a useful effect in subsequent negotiations.

Preservation-of-evidence filings can also be used as a means to get business records in purely civil cases (such as patent-infringement cases) or to follow up on documents not previously seized by the police in criminal cases (such as trademark and copyright cases). Again, a filing is made with the court on an ex-parte basis, and if approved the judge will then go with bailiffs to get the relevant records.

Negotiations
In criminal cases involving counterfeit goods, the prosecutors and judges will encourage the parties to consider settlement and court-sponsored mediation. These have to be considered on a case-by-case basis. It is important to understand that sometimes a raid action can be so successful in taking out a counterfeit sellers’ inventory that they are left with virtually nothing -- their investment in a warehouse full of clothing or shoes is now gone. Success in an anti-counterfeiting campaign can often not be purely judged by individual cases because even organized-crime groups (which are quite good at hiding their money from civil enforcement) will make future decisions about what goods to make, import and stock based on the companies that are active or not in defending their IP. They are businesspeople, after all, and so if the risks of carrying your brand are too much, they will switch to selling a brand that does not protect its trademarks.

In civil matters, particularly licensing matters, it is important to watch for the right pressure points. If an infringement situation is serious enough, US technology companies will take action against Taiwan companies in US courts, where the damage awards tend to be much higher and the potential pressure much greater. Where the negotiation is about an infringement or underpayment by a Taiwan-based licensee, US licensors will typically bring about pressure at key renewal times or exercise their audit rights to have a neutral party investigate the situation. In several matters, we have found large corporations trying to argue that their wholly owned subsidiaries headquartered in the same office building with the same person serving as CEO “has no connection” to them. Getting to a settlement requires parties to have some base levels of trust, and we often find a softer approach with good timing helps a lot.

Conclusions
Keeping in mind that every case is different, there are still a lot of good options available for rights holders seeking to find the “right tool for the job” in Taiwan. Running an asset check earlier rather than later can be a helpful way to prioritize the importance to give similar infringers, but it is by no means the only way. Other key factors may include the relative importance of the individual defendant in a manufacturing/distribution chain, information from hearings or police files indicating an individual defendant’s vulnerability to criminal prosecution, or the client’s own situation or preferences. By knowing what is available, rights holders can better choose how and when to maximize the pressure brought on infringers.

John Eastwood is a partner at the Eiger law firm and the co-chair of the ECCT’s IPR Committee. Wendy Chu is a senior associate at Eiger and an experienced IP litigator.