Like 59 other countries that aim to reach net zero emissions by 2050, Taiwan will face challenges 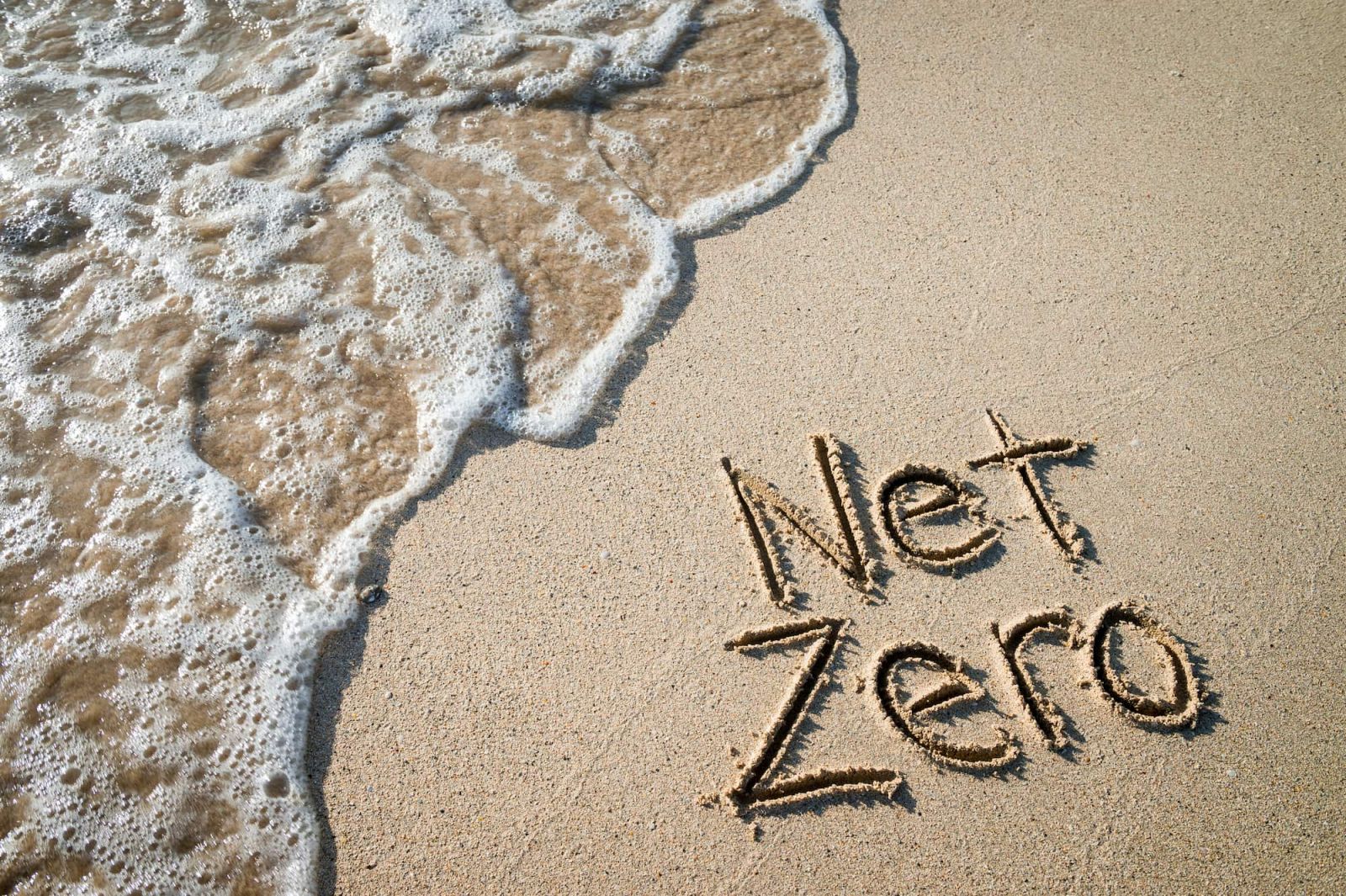 President Tsai Ing-wen pledged at a forum on environmental protection on 22 April this year, Earth Day, to put Taiwan on the path towards net-zero greenhouse gas emissions by 2050.

"Most countries around the world are talking about achieving net zero carbon emissions by 2050, and Taiwan is actively preparing to take steps toward this goal," she said at an Earth Day event in Taipei. "Taiwan will not be left to chase this international trend."

This pledge aligns Taiwan’s climate change goals with 59 countries around the world, including member states of the European Union (EU), the United States (US), and other leading countries, which collectively account for 54% of emissions, according to the World Resources Institute, a global research institute dedicated to finding solutions to environmental problems. Net zero emissions, in which the amount of greenhouse gases – primarily carbon dioxide (CO2) – emitted annually would not exceed the amount withdrawn from the atmosphere, is considered crucial to maintaining the average global temperature below 1.5 degrees Celsius (°C) above pre-industrial temperatures, according to the International Panel on Climate Change (IPCC). If global temperatures were to rise higher than that, scientists maintain that global weather patterns would be profoundly disrupted, leading to widespread droughts, intensifying storms, biodiversity extinctions, and other calamities. International scientific consensus holds that limiting the global temperature rise to below this 1.5°C threshold requires cutting current emissions in half by 2030 and achieving net zero emissions by 2050.

Tsai’s pledge was welcomed by local and global environmentalists as a signal that Taiwan is ready to play its part as a major industrial nation in fighting climate change.

"We didn't have the vision before for net zero," noted Hsu Huang-hsiung, Distinguished Research Fellow at the Research Center for Environmental Changes, Academia Sinica. "But now the EU, the UK [United Kingdom] and the US have all committed to the net zero goal, and our government has started talking about the net zero goal. That’s a good thing."

The pledge improves on Taiwan’s previous target, set in law in the Greenhouse Gas Reduction and Management Act of 2015, to halve 2005 emissions levels by 2050.

"Although Taiwan is not a signatory party to the UNFCCC, we still have actively anchored global climate action in line with the Paris Agreement," said Tsai Ling-yi (蔡玲儀) director of carbon emissions reduction in Taiwan’s Environmental Protection Administration (EPA). "In 2015 we formulated the Greenhouse Gas Reduction and Management Act to pursue the below 2º C goal as our long-term national goal."

This act will be amended to reflect the new net-zero target, putting Taiwan in an elite group of only five nations that include net zero goals in their legal frameworks, including the UK and New Zeeland. The remaining nations in the net zero club have either made specific net zero policies, such as the United States and most EU countries, or have made pledges, including Japan, Brazil, and many others. China has pledged to reach net zero emissions by 2060.

Several factors prompted the move towards net zero, not least the threat of tariffs on Taiwan’s exports by the EU through its developing carbon border adjustment mechanism (CBAM).

"As the climate challenge is inherently global, the EU wants its international partners to share a comparable level of ambition (in reducing greenhouse gas emissions)," wrote Thomas Jurgensen, deputy head of the European Economic and Trade Office in Taiwan in an email exchange. He noted that if climate action is not taken on a global level, there is a threat of "carbon leakage", with "companies transferring production to places where decarbonisation requirements are less strict and, as a result, increase their emissions there, thus leading to a global increase of emissions. This would end up undermining global climate action efforts." To prevent this, the EU is formulating the CBAM that would place tariffs on imports from economies which lag in reducing greenhouse gas emissions.

"We are dependent on foreign trade. We know that the EU is considering implementing the Carbon Border Adjustment tariff, which will impact international trade," said the EPA’s Tsai. "The green economy has become mainstream. As a member of the global village, Taiwan has to face its national emissions."

Global brands, particularly in the tech sector, including Google, Microsoft, and Apple, have pledged to reduce their carbon footprints, and are pressuring their supply chain partners to do the same. Major Taiwanese exporters, including Taiwan Semiconductor (TSMC) and United Microelectronics Company (UMC) have already joined the RE100, a global organization of major corporations which have pledged to only consume power generated through renewable energy.

Taiwan’s recent experience with its changing climate is another factor. Prior to recent rains, the drought experienced on Taiwan’s west and south had been the worst in 100 years, and temperatures reached record highs in May.

"The impact of climate change has not been so severe until this year," noted Academia Sinica’s Hsu. "It’s a wakeup call for Taiwan."

To reach its net zero goals, Taiwan formed a Net-Zero Pathway Task Force within the Executive Yuan at the end of 2020, prior to Tsai’s announcement, bolstering its Office of Carbon Reduction in creating a roadmap to reach the net zero goal. The task force is looking at financial and other incentives to stimulate investment in renewable energies and energy efficiencies, electric vehicles, and carbon capture technologies, as well as how best to communicate the net zero vision to the public.

Taiwan has already taken broad measures to grow its green energy and technology sectors through enacting and amending laws such as the Energy Administration Act, the Electricity Act, the Renewable Energy Development Act, while also directly targeting greenhouse gas (GHG) reduction through the Greenhouse Gas Reduction and Management Act. Taiwan is already amid a major energy transition that will see it generate 20% of its power from renewable energy sources such as offshore wind and solar while also reducing the proportion of coal-fired power from 38% in 2020 (including industrial cogeneration) according to figures from state monopoly power utility Taiwan Power Company (Taipower) to 30% while raising natural gas-fired power to 50% by 2025.

Through these measures, Taiwan has managed to arrest the growth of its emissions while maintaining economic growth. Emissions reached a peak in 2007, at 300.8 million metric tons (MMT), according to data from the EPA, and have since declined 1.52% to 296.24 MMT in 2018, the latest year that EPA figures are available. During this same time frame, Taiwan’s gross domestic product (GDP) rose by nearly 65%. Taiwan’s Bureau of Energy (BOE) states that emissions declined another 3.2% in 2019 compared to 2018 on energy use declining 0.6%, including 0.4% drop in power demand. The largest emitter is the industrial sector, responsible for 48.9% of emissions in 2019 according to BOE figures, much of this stemming from electricity generation. Industry consumes an estimated 56% of Taipower’s generation, according to the Taipower 2020 Sustainability Report.

Taiwan might be hard pressed to continue these gains, however. Power demand rose 2.08% in 2020 and was up another 3.07% in the first four months of 2021, according to data from the BOE and EPA. The BOE estimates that power demand will continue to rise by 2.5% through 2027 on Taiwan’s surging electronics industry.

The EPA’s Tsai does not see this as an issue, however. "We can fulfil our demand for electricity and meet our greenhouse gas mitigation goals by the policy of renewable expansion, natural gas enlargement, coal reduction and nuclear free policy," she said.

The renewable expansion, including solar PV and offshore wind, has lagged on pandemic-induced delays, as well as regulatory and other issues. All of Taiwan’s offshore wind projects currently under construction are likely to be delayed, and currently, Taiwan has 6,125 megawatts (MW) of accumulated installed solar PV, short of the 2020 target of 6,500MW and well off the 2021 goal of over 8,000MW by the end of 2021. Renewables generated only 5.6% of Taiwan’s electricity in 2020.

Natural gas plays an increasingly important role in Taiwan’s power supply and is already up 8% in 2021 through April (over 70% of natural gas burned in Taiwan is used to generate power, while the rest is used for residential and industrial purposes). Nearly all of Taiwan’s natural gas is imported as liquified natural gas (LNG) through Taiwan’s two import terminals at Yongan in Kaohsiung and Taichung. Taiwan’s import and storage capacity are already maxed out, and with delays to expansions in Taichung and most critically, the Third LNG Terminal in Taoyuan, Taiwan’s greatly expanding natural gas fired power plants will be starved for fuel.

The sudden loss of this emissions free power amid a lagging energy transition risks Taiwan reverting to coal-fired power generation. Already, after declining an average of 5.3% between 2016 and 2020, coal use has risen 2% in the first four months of 2021, according to EPA statistics.

As the net zero target was only recently announced, the government is looking at how best to achieve it in the short, medium, and long term.

Beyond that, Taiwan will be looking to incorporate new technologies that are still emerging. According to the International Energy Agency’s landmark report, Net Zero by 2050, released this past May, by 2050, 60% of emissions savings will derive from "technologies still under development."

"From 2035 to 2050, we will study which green industries or innovations that have not yet been commercialised can be introduced into our system," said EPA’s Tsai. "The 2050 net zero emissions target is like the moon landing, for everyone. So, we need more innovation."