Taiwanese journalists are not jailed or censored by the state, but media groups are vulnerable to foreign political interference, libel laws may be abused, and journalists are suffering from a polarised media environment dominated by sensationalism and the pursuit of profit 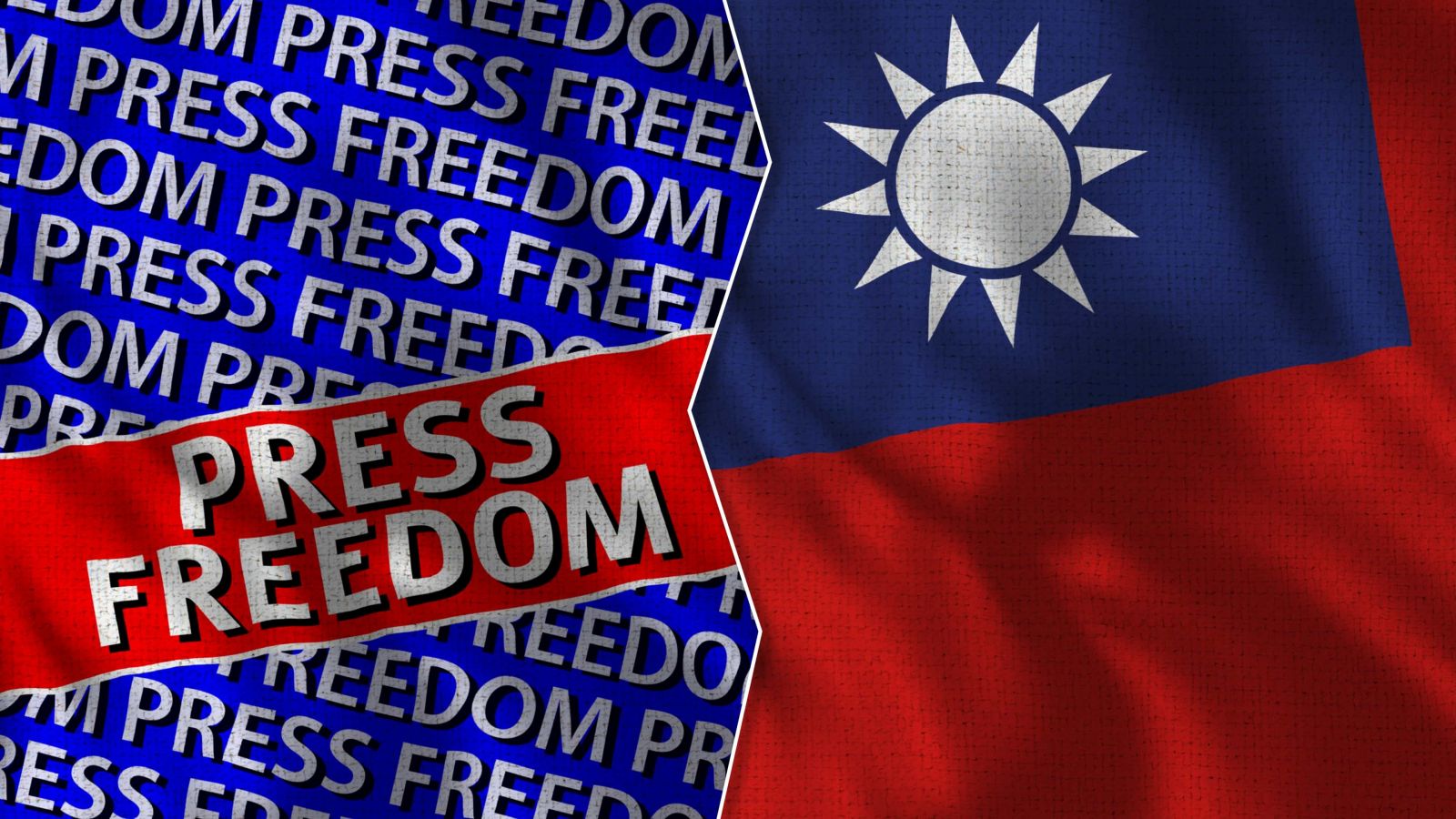 In evaluating the World Press Freedom Index as a whole, Taiwan’s position at No. 43 is significantly higher than that of its neighbour across the Taiwan Strait, China, which holds the No. 177 position. This may not be surprising, in consideration of restrictions on information imposed by the Chinese Communist Party and the arrest of journalists in China.

Compared with other East Asian nations, Taiwan has a higher ranking than Japan, which is ranked at No. 67 due to state secrecy laws that have had a chilling effect on press freedom in past years, and has a similar ranking to South Korea, which holds the No. 42 position.

It is also noteworthy that at the No. 43 position, Taiwan ranks one place higher than the US, which saw significant deterioration of press freedom under the administration of President Donald Trump. This includes journalists being threatened with lengthy jail sentences for covering protest events or the targeting of media figures by Trump himself.

Overall, Taiwan’s ranking in East Asia is relatively high. With the censorship of journalists during the Covid-19 pandemic a particular concern for the RSF this year, the RSF cites Taiwan, South Korea, which is ranked No. 42, and New Zealand, which is ranked No. 8 as “hav[ing]on the whole allowed journalists to do their job and to inform the public without any attempt by the authorities to impose their own narrative...” As such, “their good behaviour has shown that censorship is not inevitable in times of crisis and that journalism can be the best antidote to disinformation.”

That being said, Taiwan’s press freedom rankings have remained relatively low in the overall spectrum of global press freedom. As pointed to by RSF in its rankings, this primarily seems to be the product of longstanding structural factors facing the media, rather than political persecution of journalists or media outlets carried out by the Taiwanese government.

As indicated by RSF’s page on Taiwan, as differentiated from China, there are no imprisoned journalists in Taiwan. Likewise, RSF has stated that it believes that the Tsai administration’s decision not to renew the broadcast license of the Want Want Group-owned CtiTV television network was “regrettable” but that it does not “go against press freedom”, stating that the government has a right to regulate media when appropriate.

The KMT has sought to frame some of the Tsai administration’s decision not to renew CtiTV as a form of political persecution, running an ongoing advertising campaign claiming that “Press freedom in Taiwan is dead”. In past years, Want Want Group-owned media outlets have proved controversial, with Tsai Eng-meng having made no secret of the fact that his aims in acquiring Taiwanese newspapers or television outlets were to promote pro-China views in Taiwan, with the aim of facilitating political unification--unsurprising, given Tsai’s substantial financial holdings.

However, the Apple Daily and Financial Times have both reported that Want Want Group-owned newspapers such as the China Times directly accept funding from China and even allow China’s Taiwan Affairs Office to directly have a say in the editorial direction of the outlet. The Want Want Group attempted to legally retaliate against the state-run Central News Agency and Financial Times journalist Kathrin Hille, something that was condemned by the RSF, leading to a lawsuit that was only recently dropped. Although not noted by the RSF report, libel laws in Taiwan are easily abused, and can be used as a means of silencing journalists.

To this extent, some of Taiwan’s issues regarding press freedom, in fact, return to the issue of China--and this is contributed to by the high level of economic integration between Taiwan and China. As the RSF notes regarding the media environment in Taiwan, “Beijing is exploiting this weakness by putting pressure on Taiwanese media owners, who often have business interests on the mainland.”

The RSF has raised concerns in the past regarding Chinese disinformation campaigns and their potential to negatively affect the work done by Taiwanese journalists. Consequently, the RSF called on Tsai to undertake media reform at the start of her second term after attempts by China to influence the outcome of the 2020 presidential elections through the use of disinformation.

Otherwise, RSF has indicated that a severe issue facing Taiwan--likely the primary reason that Taiwan does have higher rankings in the World Press Freedom Index--is due to the fact that “Taiwan’s journalists are suffering from a very polarised media environment dominated by sensationalism and the pursuit of profit.”

Taiwanese media has long been seen as highly polarized between the pan-Blue and pan-Green camp. Media outlets of both political camps often only report on news beneficial to their respective political camps and exaggerate news detrimental to the other camp. This has led to difficulties establishing a baseline for objective news reporting, however, contributing to sharp political divisions in society.

Furthermore, the high commercialism of Taiwanese has been well-noted. Media analysts have long commented on how much of Taiwanese news is dominated by sensationalist stories intended up to drive up views, with disproportionate coverage of petty crimes, celebrity gossip, or sex stories--even when this can involve severe violations of personal privacy.

It is to be seen whether media reform, as called for by the RSF, will take place. Domestic media has touted Taiwan’s No. 43 ranking on the World Press Freedom Index as a triumph for Taiwan, to be lauded, but another way of looking at it may be that Taiwanese media still has significant room for improvement. But with the domestic perception in Taiwan that Taiwan has a robust media environment, one expects there is a lack of willpower for change.