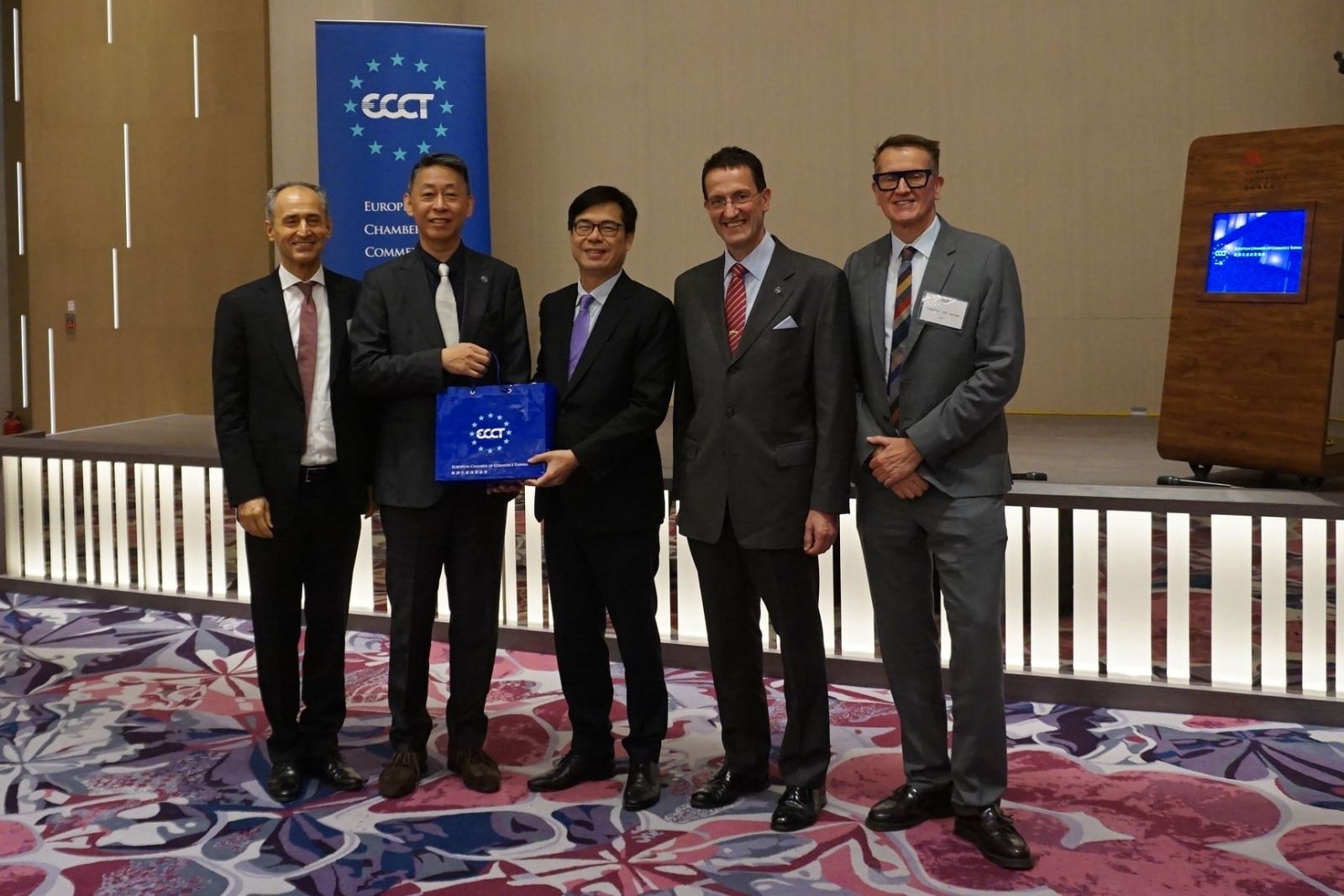 Kaohsiung Mayor Chen Chi-mai (陳其邁) made a compelling case for investing in his city to European investors at the ECCT’s first Premium Event lunch with the mayor since he took office last year. Read the full event report here. See more photos on Facebook

The lunch was also attended by ECCT Chairman H Henry Chang, CEO Freddie Höglund, around 40 ECCT members based in or doing business in southern Taiwan and a delegation of senior Kaohsiung City Government officials. At the event Mayor Chen gave a short speech and answered questions from ECCT members in a Q&A session hosted by Tim Berge, General Manager of ICRT and co-chairperson of the ECCT’s Better Living committee. 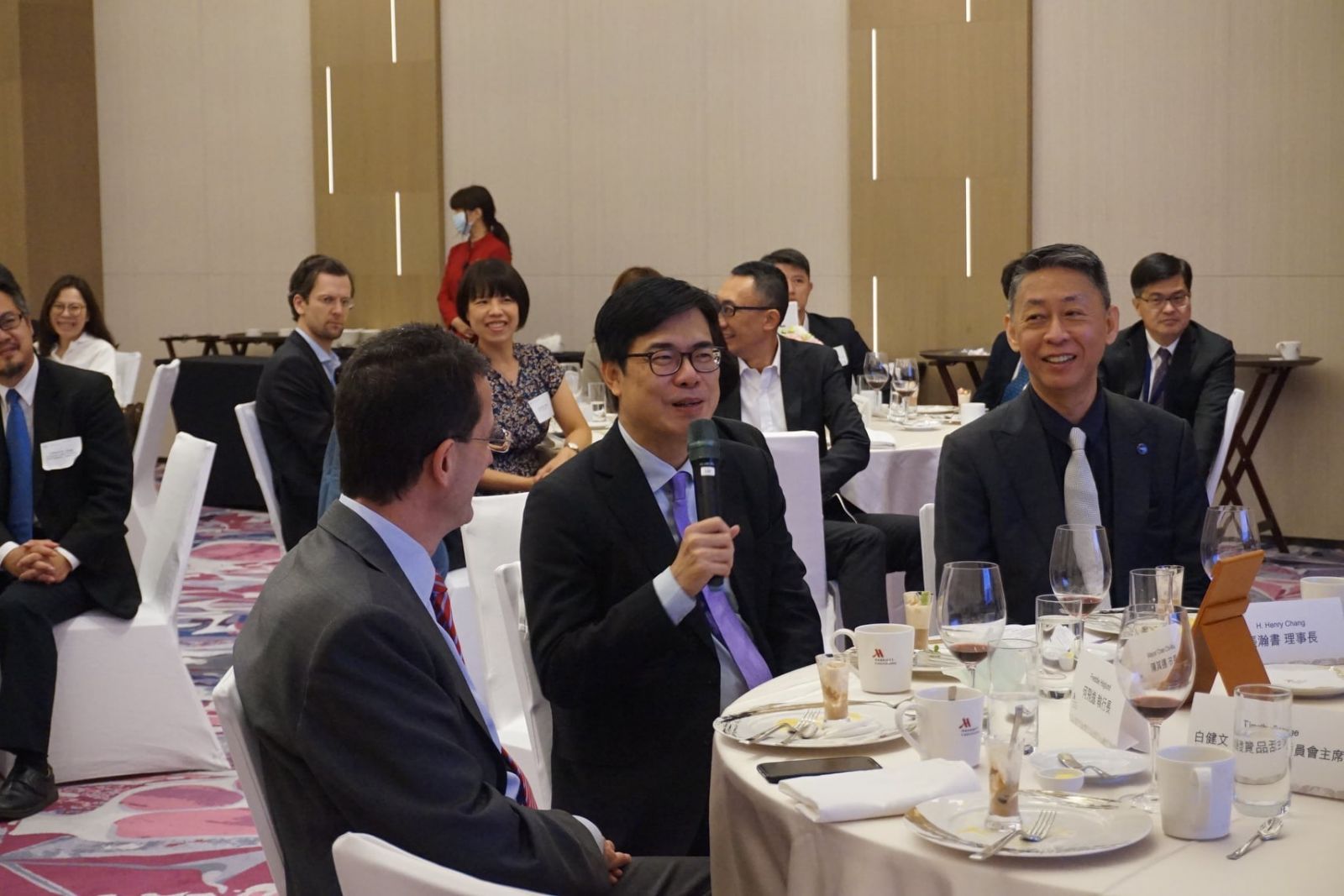 Following the lunch ECCT Chairman H Henry Chang remarked, “It was a very warm and interactive event, like the weather in Kaohsiung. Mayor Chen showed his enthusiasm for promoting business development and made a compelling case for investing in Kaohsiung, particularly the AIoT Innovation Park. He also demonstrated his commitment to developing Kaohsiung into a smart city and improving the quality of life for citizens and foreign residents, saying that anything Taipei can do, Kaohsiung can do too. I made the point that European expertise is aligned with his visions for Kaohsiung and we look forward to working together.”

In his speech Mayor Chen made an enthusiastic case for European investors to invest in Kaohsiung’s new industry parks, particularly the planned 5G AIoT Innovation Park. He noted investors can apply for tax incentives offered to businesses in science parks, export processing zones, and agricultural technology parks, along with bonded factories and bonded warehouses, and businesses in logistics centres and free trade zones. In particular, he mentioned the so-called “006688” land rental incentive plan, which is offered at the start of construction and operations. Mayor Chen said that, as a visiting scholar in London and time spent in Europe means that he understands Europe better than any other mayor in Taiwan. 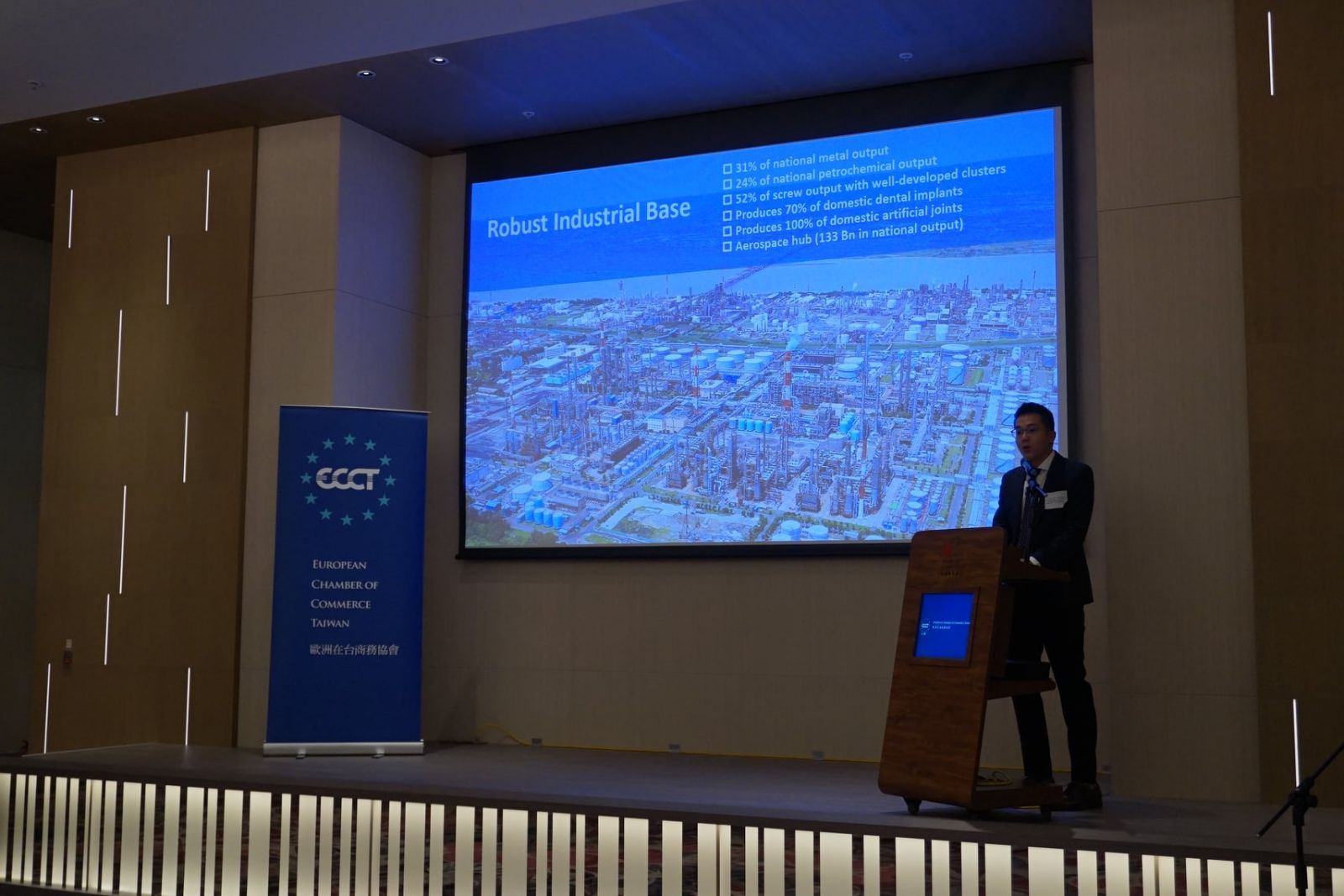 Also, at the lunch, Liao Tai-hsiang, Director-General of the city’s Economic Development Bureau (經發局廖泰翔局長) gave a presentation about the investment environment, industry overview, investment opportunities in Kaohsiung City and investment services provided by the city government. After the lunch, the ECCT’s Low Carbon Initiative (LCI) held a meeting with Kaohsiung City Government’s Deputy Mayor Charles Lin (林欽榮) and other city government officials to discuss green industry development in the city and how ECCT members can contribute.