Balancing the grid in the renewable age 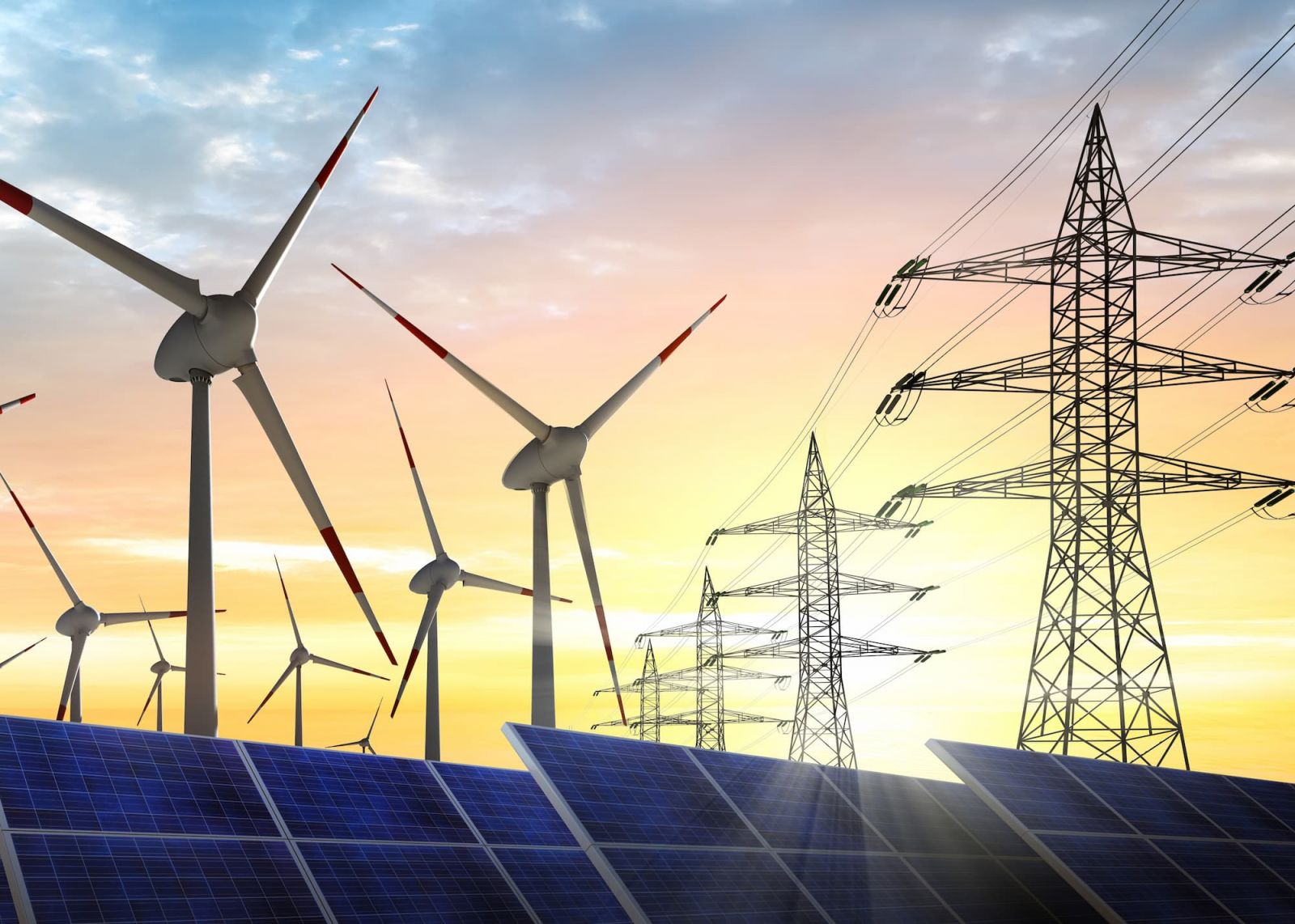 While the rollout of solar and offshore wind power steal headlines in Taiwan, investment and expansion into the power grid is equally vital to Taiwan’s successful energy transition. The island is planning on dramatically overhauling how it produces power, eliminating all nuclear power as well as swathes of coal-fired power while hiking renewable power from its current 6% to 20% of generation. Such dramatic shifts in energy production will require an equally substantial investment in Transmission and Distribution (T&D) network infrastructure to ensure system integrity and reliability.

Taiwan Power Company (Taipower) operates 3.87 gigawatts (GW) of installed nuclear power capacity which generated over 12% of Taiwan’s power demand, while coal fired power generated 38% (including cogeneration) of total power in 2020, according to Taipower’s website. Taiwan’s policy of eliminating all nuclear power and reducing coal-fired power to 30% will create a substantial gap in power generation, which will be filled by a large jump in renewables as well as natural gas fired power. Taiwan is to raise installed renewable power capacity from its current 9.19GW to 27GW, including 20GW of solar and 5.7GW of offshore wind, with smaller additions of onshore wind, geothermal, and biomass. Natural gas fired power will be increased from 17.79GW to over 24GW. Taipower’s total grid was only 42GW in 2016. By 2025, it will likely be over 60GW.

Beyond the sheer scale of the shift is the differing functions of the power sources. Nuclear and coal operate more efficiently when running at high capacity, even over 100% of rated capacity for Taiwan’s nuclear power plants, while coal operates at over 80% capacity. Both are sources of baseload power, cheap, steady power that is always on, providing the minimum power demand that never ceases. This baseload power is going to be replaced by imported Liquified Natural Gas (LNG)-fired power, especially high efficiency Combined Cycle Natural Gas Turbines (CCGT), but also by intermittent solar and wind power. When Taiwan meets its solar and offshore wind goals, these will be significant sources of power, capable of generating huge amounts of power when conditions are good but dropping off entirely when conditions fail. Maintaining baseload power while integrating huge volumes of intermittent renewables will be a major challenge for Taipower.

“The issue with renewable energy is basically that it's unpredictable,” says Johannes Krause, technical manager at German energy firm EnBW Asia-Pacific Ltd. and a grid expert. “From a grid point of view, you always favour reliable, predictable baseload capable power generation because the more insecurity you have in the generation produces more stress in the grid.”

For power grids to remain operational, supply and demand must always be balanced in real time, and any variation risks causing serious disruptions. Electricity is transported through the grid at specific frequencies, 60 Hertz in Taiwan and the United States, and 50 Hertz in Europe. Too much electricity fed into the grid exceeding demand will raise the frequency and cause power plants to break off from the grid. If there's too little power fed into the grid, then frequency will decline, forcing either the ramping up of additional power units or disconnecting consumers from the grid. The result in either case could be massive blackouts.

Krause explains that large volumes of renewables in an energy grid heighten the risk of grid imbalance. If renewable power fails to generate sufficient power to meet demand and other sources must be tapped, or it generates too much and exceeds demand, both can lead to grid congestion, with too much power flowing through too few lines. Overloaded lines must be shut down, resulting in power generators losing access to their respective consumers, which could lead to further overhead lines shutting off, potentially leading to a general collapse of the system. “It's like avalanche,” Krause says.

The impact of 20GW of solar power on the grid demonstrates both the promise and risk of renewables.

In Taiwan’s hazy, rainy climate, and because no power is produced at night, solar PV generates at some 15% of capacity over the course of a year, less than in the sunny southwest of the US, where the Energy Information Agency (EIA) reports Arizona experiences solar PV capacity factors at 29%, but on par with the US east coast and much of northern Europe. 20GW of solar capacity could be expected to generate 26,280 gigawatt hours (GWh) over a year, about 7.75% of Taipower’s total 2020 generation of 238,930GWh.

But, while solar’s overall capacity factor is not high, during the bright sunshine hours of 10am to 5pm it can generate at very high capacities, theoretically 100% if conditions are perfect. These peak hours for solar power generation coincide well with Taiwan’s peak load, during midday when industry, commerce, and air conditioners are thrumming at full power. Taiwan has 5.8GW of installed solar capacity at present, according to data from the Bureau of Energy website. At midafternoon on 16 March, this capacity generated 3,120MW hours (MWh) at its peak, 10% of the total peak demand of 31,200MWh, giving it a capacity factor of just over 50%. At 50% capacity factor at midday, 20GW of installed solar capacity could likely generate 10,000MWh, nearly a third of Taipower’s total peak demand. Taipower’s baseload generates a steady 24,000MWh of power all the time, chiefly from nuclear, coal, and LNG. Solar will be increasingly vital in helping Taipower meet peak demand.

Yet even in sunny central or southern Taiwan, this power cannot always be relied on, and if that power doesn’t show up, Taipower must generate the needed power from alternative sources, most likely LNG peaking plants. This issue is compounded by the vagaries of weather that can cause sudden, massive changes in the amount of power being generated.

Offshore wind power presents another challenge. Industry sources have long estimated capacity factors to exceed 50% for offshore wind. At 5.7GW of installed offshore capacity, this would enable the sector to generate 24,966GWh of power over the course of a year, some 7.3% of Taipower’s 2020 totals. Unlike solar, however, offshore wind is often generated at night when the winds across the Taiwan Strait are howling. Industry sources are confident that wind turbines can reach or even exceed 100% of capacity. If all of Taiwan’s 5.7GW of wind power was generating at full capacity, it would generate 5,700MWh, nearly 24% of Taiwan’s current total baseload often at a time of day – night – when baseload is the only power operating. Wind turbines can be slowed, but this would eat into profits on long-term PPAs (Purchasing Power Agreements).

To handle these contingencies and ensure that the maximum amount of power that is generated is utilised, as part of the energy transition Taipower has embarked on a comprehensive multi-billion-NT-dollar revamp of its existing grid.

According to a presentation delivered by Peter Yuinhong Liu, Director of Systems Planning at Taipower, delivered at a Global Offshore Wind Summit in 2019, Taiwan will increase its reserve margin capacity to ensure that there is always sufficient power. It is adding 24.14GW of LNG combined cycle capacity, increasing its pumped storage hydroelectricity to 2.5GW, and is installing 590 megawatts (MW) of energy storage. Along with deploying automated demand response methods to use power more efficiently, Taipower says that it will increase its total operating reserves by 5.87GW by 2025.

Taipower is also greatly expanding grid connection capacity to allow increasing amounts of diversified renewable access to the grid. The Changhua area alone will see its grid connection capacity increased by 6.5GW. A series of substations linked to power cables connected to the offshore wind farms will be added, including 1GW at ChangoneA, in 2021, followed by 1.5GW,ChangoneB, in 2024, a further 2GW in Changgong in 2025, and then 2GW at Youngxing, also in 2025. A further 0.64GW will be added in Taoyuan by 2025.

While most of Taiwan’s solar and wind power is being generated in central and southern Taiwan, the demand centre continues to be northern Taiwan, accounting for 39% of demand. Northern Taiwan accounts for only 34% of supply, and much of that in nuclear and coal that will be phased out, leading to even greater regional imbalances.

To carry that power from its source to northern Taiwan, Taipower is upgrading its 345kV Extra High Voltage (EHV) lines and adding new 161kV New Lines. Taipower is also installing “smart grid” tools and processes that generate volumes of data that can be crunched in Big Data software to enable Taipower to more accurately predict both supply and demand.

Projects are already well-underway, and while the offshore wind sector struggles to find qualified local suppliers, Taiwan’s many electronics and Engineering, Procurement & Construction (EPC) firms are already on the job.

Local EPC firm Pacific Constructors Ltd. (PECL) is involved in handling many of the engineering, design, and EPC services for offshore wind farm lines that will lead into the Changone 1 substation project. Electronics firm TECO and Taiwan’s largest EPC firm CTCI are also involved in building up the grid to ensure offshore wind connection capacity.