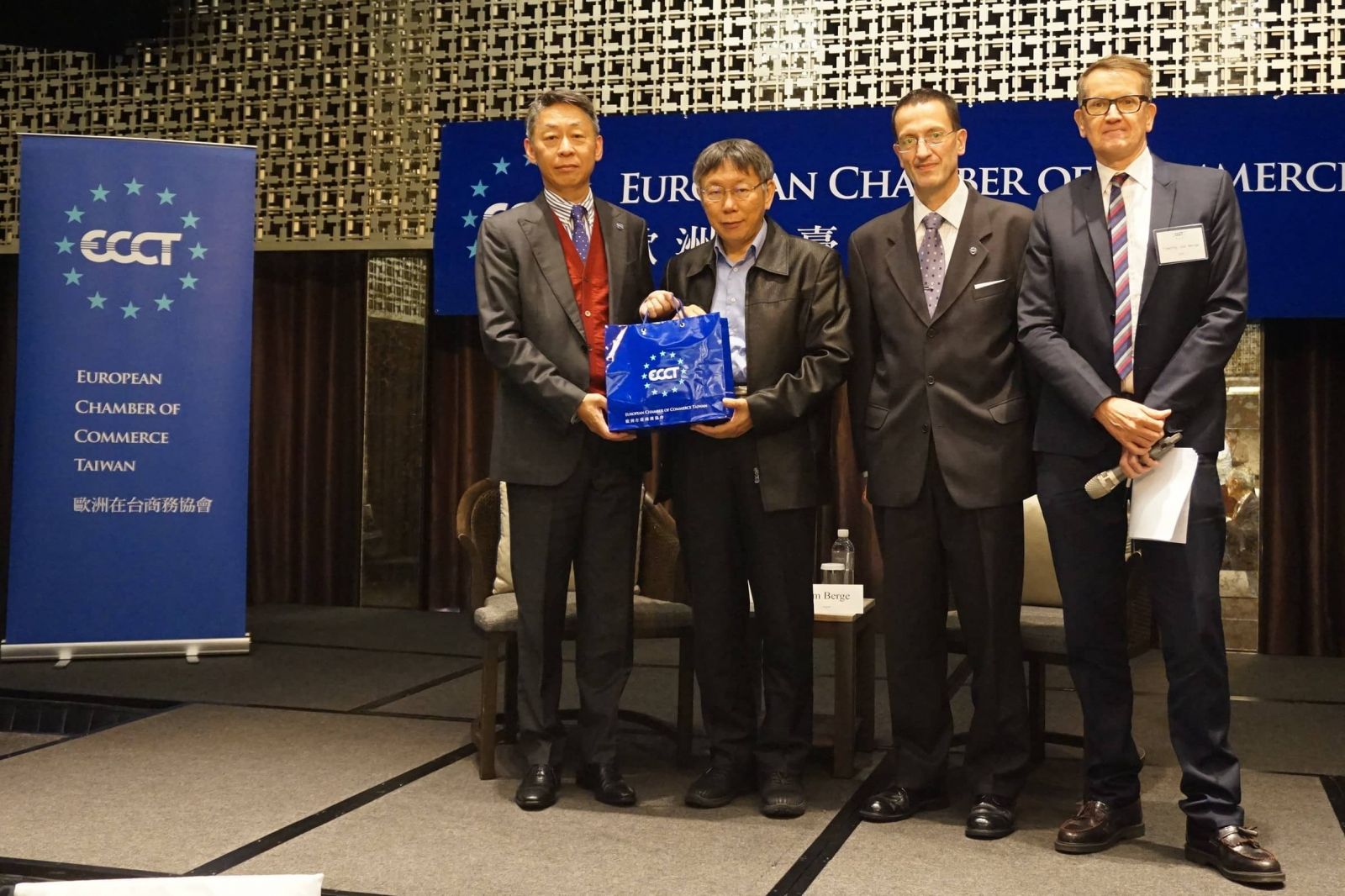 The ECCT held its annual Premium Event lunch with Taipei Mayor Ko Wen-je and senior officials from the Taipei City Government (TCG), marking the 23rd year since the ECCT held its first round table lunch with the TCG. Read the full event report here.

At the lunch, Mayor Ko gave a short speech while Tom TC Chou, Commissioner of the Mayor’s Office for External Affairs gave a presentation to members about the city’s approach to the Covid-19 pandemic. After the speech and presentation, the ECCT’s Better Living committee Co-chairman, Tim Berge, led a Q&A session where Mayor Ko answered questions about some of the issues currently facing businesses.

In his remarks, Mayor Ko said that the vaccine rollout in Taipei will depend on the central government’s ability to secure vaccines. While Taiwan has already received its first shipment of Oxford AstraZeneca vaccines, he made a prediction that Taiwan would not receive any of the US-made vaccines until September. He also expressed the view that digital transformation in Taiwan is proceeding slower than in other countries because the good handling of the pandemic has made it less urgent than in countries where the pandemic was more serious. 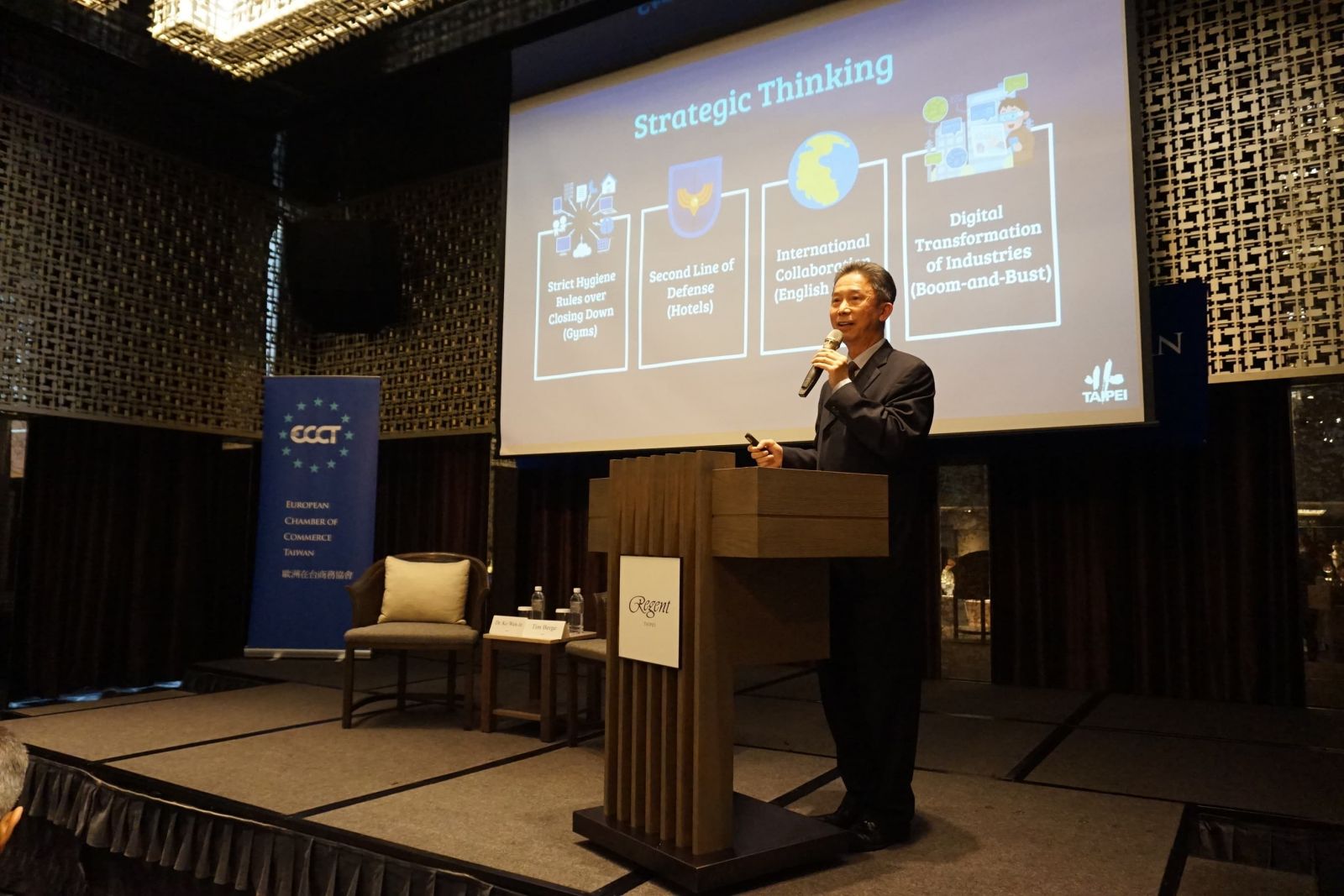 In his presentation, Commissioner Chou gave a summary of the city’s ongoing pandemic prevention and mitigation activities, including the future provision of vaccines. He noted that the central government was responsible for border control and policymaking and regulations regarding quarantine while the city government is responsible for tracking confirmed cases within Taipei and the quarantine of incoming individuals. The commissioner reiterated the point made by Mayor Ko that the vaccine rollout in the city would first depend on securing vaccines and that the city government would vaccinate people according to the central government’s priority list, which begins with healthcare workers. He stressed that foreign residents would be treated the same as citizens in getting the vaccine. 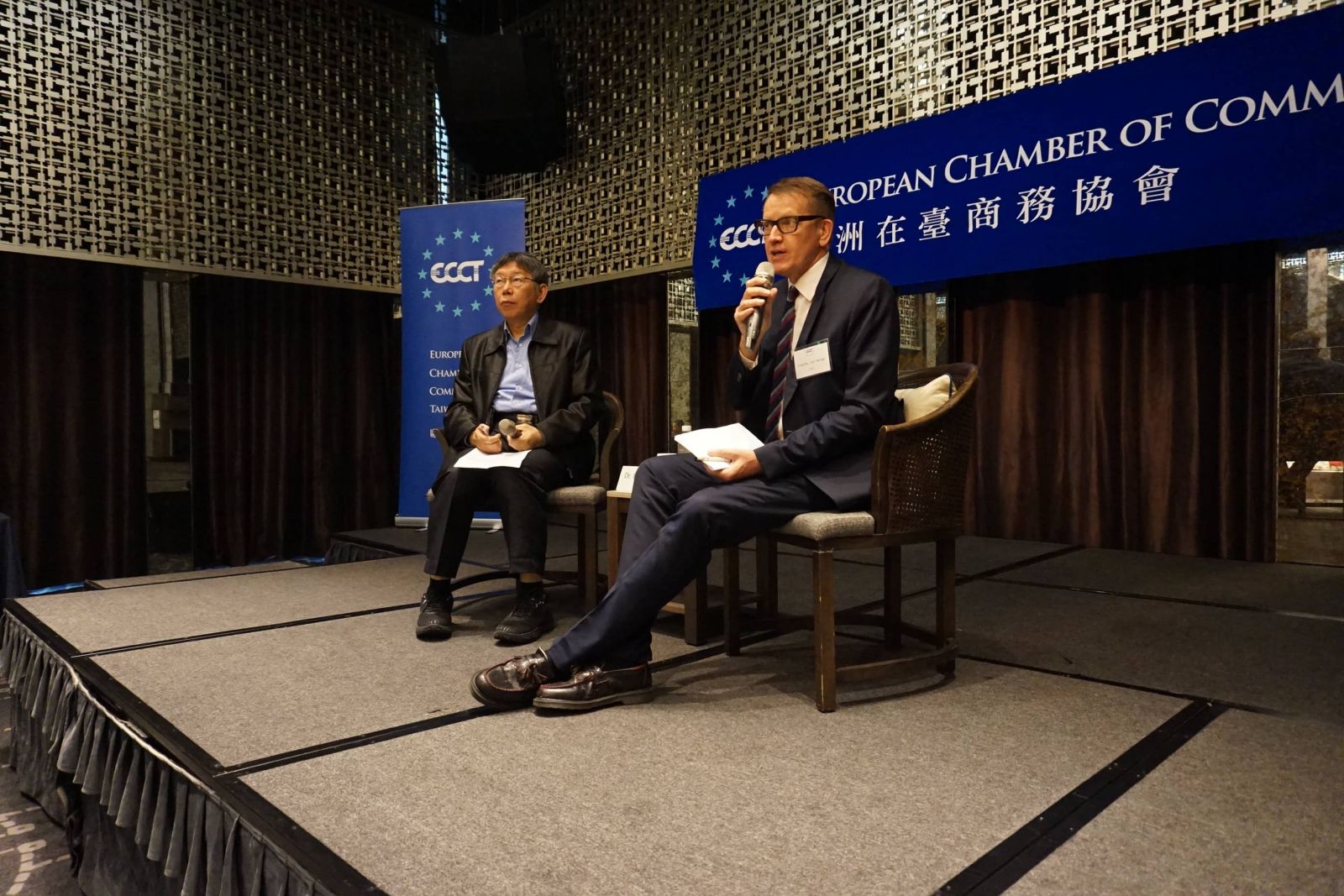