Some may attempt to draw comparisons between the storming of the US Capitol to Taiwan’s Sunflower Movement but there are stark differences and a recent court ruling reinforced Taiwan’s protection of the right to civil disobedience. 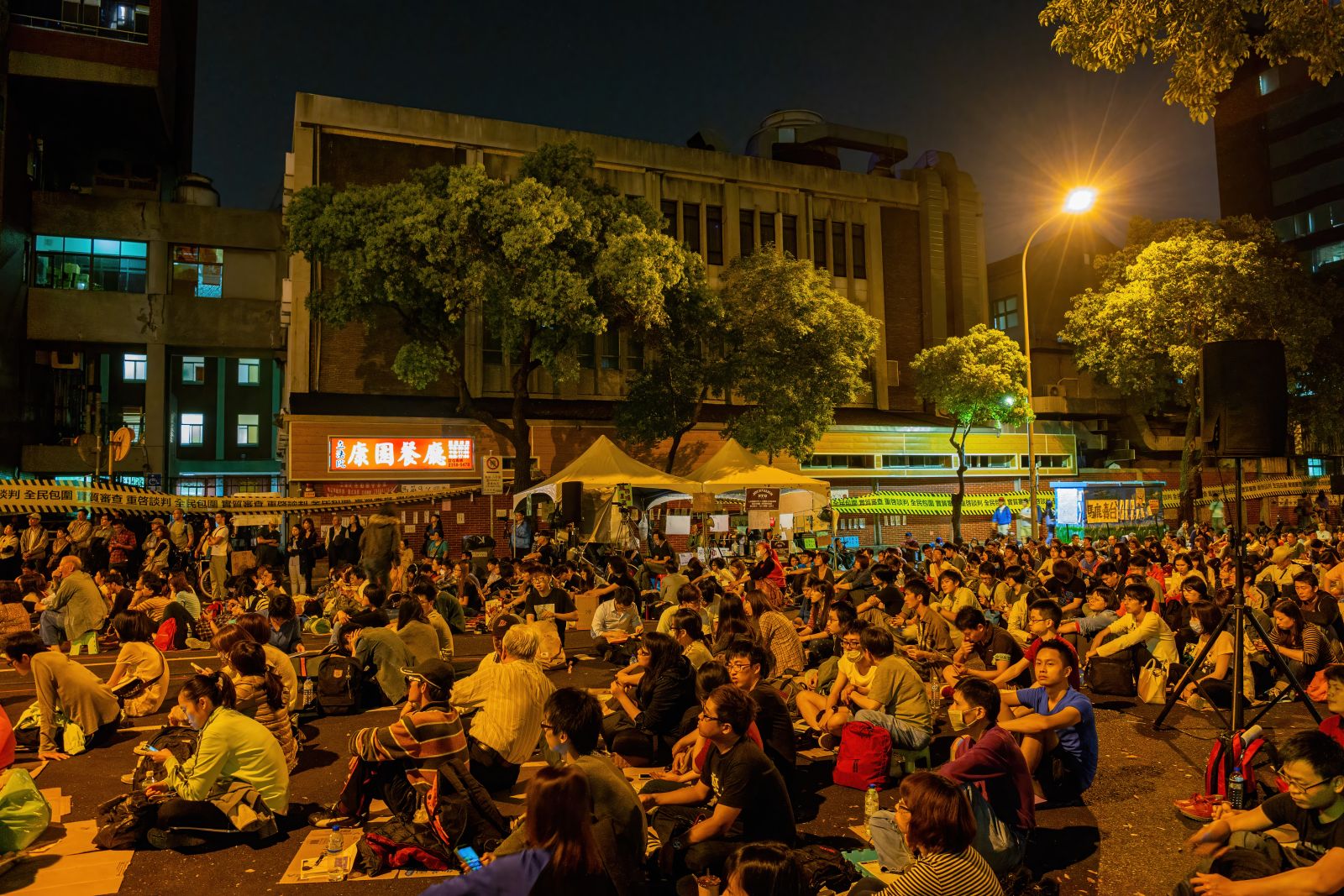 In Taiwan, as with elsewhere, scenes of the recent occupation of the American Capitol shocked many. The occupation took place after comments by American president Donald Trump outside of the White House calling on supporters to go to the US Capitol. Trump supporters were hoping to prevent an electoral vote count that would have confirmed Joe Biden as president. Some have compared the occupation to an attempted coup.

Such attitudes owe their origins to history. During the authoritarian era, Chiang Kai-shek’s strongman rule over Taiwan could only take place because of American backing, and pro-American views were encouraged in order to maintain American support for Taiwan. Even today, America remains Taiwan’s major security guarantor in the event of invasion from China.

In some quarters, Trump has been viewed as “the most pro-Taiwan American president in history”. This is due to unprecedented diplomatic visits to Taiwan by high-ranking American officials such as Secretary of Health and Human Services Alex Azar and Undersecretary of State Keith Krach, and the passage of supportive legislation of Taiwan such as the TAIPEI Act and the Taiwan Travel Act. What was perceived as the Trump administration’s strong support of Taiwan was bookended by the Trump-Tsai phone call in December 2016 followed by the voiding of restrictions on diplomatic contacts between the US and Taiwan by Secretary of State Mike Pompeo in January 2020.

As such, the storming of the US Capitol was shocking on multiple fronts. First, it proved shocking to see an unruly mob briefly occupy what was seen as the bastion of American democracy. Second, shock regarding the event dovetailed with broader confusion regarding the American presidential election, and the victory of Joe Biden--something many in Taiwan did not expect, being unaware of the disastrousness of the Trump administration’s handling of Covid-19, and which Trump supporters in Taiwan have sometimes refused to accept, alleging voter fraud.

The implicit comparison raised by the occupation of the US Capitol was, of course, to the 2014 Sunflower Movement. The March 2014 Sunflower Movement was the social movement that broke out following the occupation of the Taiwanese legislature, the Legislative Yuan, by students protesting the Cross-Straits Services in Trade Agreement (CSSTA) that the then-ruling Ma administration intended to sign with the Chinese government.

The Ma administration was accused of circumventing legislative oversight procedures, in passing the bill in under thirty seconds. It was also feared that the bill would prove deleterious to political freedoms in Taiwan, seeing as it would allow for investment by Chinese companies in Taiwan’s service sector industry. Fears of the possible consequences of the bill were stoked by self-censorship or selective news coverage from Taiwanese media companies that hoped to enter the Chinese market, or which hoped to propagate pro-China views in Taiwan, in previous years.

Comparisons to the Sunflower Movement have been raised regarding any event involving the attempted occupation of a legislature in past years. For example, the brief abortive occupation of the Hong Kong Legislative Council on 1 July 2019 was compared to the Sunflower Movement -- though one notes that protesters in Hong Kong implicitly raised this comparison themselves.

Though the possibility of Trump pardoning participants in the storming of the US Capitol was raised, participants in the occupation attempt have faced charges afterward. By contrast, participants in the occupation of the Legislative Yuan were mostly found not guilty of charges, with the legal justification that this was because their actions were justified civil disobedience. To this extent, while participants in the attempted occupation of the Executive Yuan, Taiwan’s executive branch of government, were originally to be sentenced to between two and four years in jail, the case was recently sent back to the High Court after a Supreme Court ruling, with calls for more lenient sentencing. The High Court ruling overturned a previous ruling that also found many activists that participated in the attempted Executive Yuan occupation not guilty, also on the basis that their actions were civil disobedience.

The Taiwanese judiciary is likely hoping to avoid comparisons to Hong Kong. Two to four-year jail sentences are comparable in length to some of the jail sentences on the basis of the national security law passed to criminalise what Beijing considers acts of “sedition”. With pan-Blue politicians decrying the reduction of sentences and the Tsai administration sometimes viewed as having rode into office on the political momentum of the Sunflower Movement, some will no doubt question the independence of the Taiwanese judiciary.

That being said, there have also been long-standing criticisms of the Taiwanese judiciary for rulings that historically inflect a pan-Blue bias. The judiciary served as an instrument of the KMT’s political will during the authoritarian period and “dinosaur judges” who remain in office from that period are accused of rulings that inflect pan-Blue political viewpoints. Such accusations were made of the previous ruling that faced Sunflower Movement activists that had participated in the attempted occupation of the Executive Yuan.

It would not be surprising if members of the pan-Blue camp draw on the precedent of charges facing individuals that sought to occupy the US Capitol. In part, this would draw on the view of America as a more advanced democracy than Taiwan, suggesting that Taiwan should follow America’s model.

Likewise, it is to be noted that members of the pan-Blue camp have called attention to the Tsai administration’s silence on the storming of the US Capitol, with the Ministry of Foreign Affairs only referring to the events of the occupation as “regrettable.” KMT chair Johnny Chiang, for example, pointed out that several ROC flags had been filmed at the storming and suggested that the Tsai administration make some statement on the matter--this despite the fact that the KMT has otherwise accused the Tsai administration of seeking to “de-sinicize” Taiwan and distance itself from the ROC and positioned itself as the party that defends ROC institutions.

To this extent, reference to the storming of the US Capitol is likely to be appropriated along partisan lines in Taiwan, if it happens. But that should not come as a surprise, given the starkly partisan political environment in Taiwan.