How are British businesses adapting to life outside the EU and how do Taiwanese firms now view the UK?

Image by Willfried Wende from Pixabay

Understandably Covid-19 has dominated the international headlines and occupied people’s attention for the last year. Oh, and Trump’s increasingly erratic behaviour and desperate attempts to stay in the White House. All the while, though, a seismic economic and geopolitical shift has taken place in Europe. In case anyone had forgotten, it’s called BREXIT.

47 years after joining the European Union, the United Kingdom of Great Britain and Northern Ireland withdrew on 31 January 2020.

That left exactly 11 months for the EU and the UK to negotiate a new agreement over the shape of the future relationship between the two. From 11pm GMT on 31 December 2020, all existing arrangements ceased to apply, and the-deal-that-seemed-like-it- would-never-happen, the EU-UK Trade and Co-operation Agreement (TCA) actually came into force.

Prime Minister Boris Johnson, for one, was in no doubt that the UK would flourish outside of the EU.

“We will prosper mightily as an independent free-trading nation, controlling our own borders, our fisheries, and setting our own laws.”

The TCA – all 1,246 pages of it – at least removes much of the uncertainty from the immediate future and gives the UK a zero-tariff, zero-quota trade deal with the 27 member states. Still, trade will not be as seamless as before, as the UK leaves the single market and the customs union. Firms will have to file forms and customs declarations for the first time in years. There will also be different rules on product labelling as well as sanitary checks on agricultural products, for example and a host of other new regulations, many of which are still to be finalised.

The government has estimated that the new red tape will result in an extra 215 million customs declarations each year at an annual cost of about £7 billion (NT$266 billion).

There are other significant changes, too. Freedom to work and live between the UK and the EU also comes to an end, and in 2021, UK nationals will need a visa if they want to stay in the EU more than 90 days in a 180-day period. There will doubtless be a myriad of unexpected and unforeseen circumstances emerging as time goes on. One unfortunate British truck driver has already encountered one such situation. On arriving in Europe on the day after the TCA came into force, he was told that he could not bring his ham sandwiches into the EU, because he did not have the correct paperwork!

Despite PM Johnson’s optimism, most analysts believe that the UK’s economy will suffer markedly as a result of the break from Europe. A recent report from Baker McKenzie quotes a forecast from Oxford Economics that the UK’s exports will fall by 6.3% in the long term and GDP will decline by 3.1%. Meanwhile, economists at Berenberg bank wrote that “exiting the EU single market and customs union will lower UK potential growth by harming its export prospects and reducing inflows of foreign direct investment and qualified labour from the EU.”

So much of the talk around Brexit and the TCA and the expectations for the future inevitably centred on the UK and the EU, but what does Brexit mean for the UK’s trading relationships beyond Europe and especially with Taiwan?

While a member of the EU, the UK was tied into around 40 international trade agreements, which it has sought to rollover. Since the start of 2021, the UK is now free to forge its own trade deals with whomever it wants, although these could take many years to complete. Negotiations with the United States have already started though President Joe Biden has indicated that trade deals are not top of his priorities for the moment, given the chaos he has inherited.

There has been considerable exchange recently between the UK and Taiwan, with the annual trade talks in October taking on far greater significance and the arrival of John Dennis, the UK’s new representative, giving further impetus to the dialogue. Both sides are naturally keen to play up the positives and highlight the opportunities that the new set of circumstances presents.

“Taiwan offers huge opportunities for UK businesses to offer their products, services and expertise in a number of fields including offshore wind and financial services. This year’s trade talks underlined the growing importance of UK-Taiwan trade and investment relationship in areas including education, science and innovation.”

From the Taiwan side, Deputy Minister of Economic Affairs, Chen Chern-Chyi, commented:

“The UK is one of Taiwan’s major trading partners. After the UK’s EU exit, the UK will develop its own independent trade policies, which is an opportunity for both Taiwan and the UK to deepen the partnership.”

More recently, in her speech of welcome to John Dennis, President Tsai highlighted the opportunity for a formal trade agreement:

“In business and investment, the past few years have seen Taiwan and the UK continue to expand our collaboration in key sectors such as finance and wind energy, with our bilateral trade growing in turn. I hope we can follow up on this progress by beginning negotiations on a free trade or bilateral investment agreement."

With the UK now free of its EU connection, Taiwan has the chance to go for another formal trade deal, to boost its economy and its geopolitical position, while waiting for progress on a bilateral trade agreement with the EU. The EU has expressed its commitment to concluding a BIA with Taiwan, but the process has been side-lined for several years, while a trade agreement with China was negotiated (and finally agreed at the very end of 2020). When there will be progress towards a Taiwan-EU BIA remains unclear.

Bilateral trade between Taiwan and the UK has been growing steadily in any case, especially from the UK side, UK exports to Taiwan have grown from £2.1 billion in 2017 to £3.0 billion in 2019, while Taiwan’s exports have been consistently around the £4 billion mark.

The British business community in Taiwan has certainly witnessed a significant increase in the support being given by the British Office in Taiwan, as it seeks to build momentum and boost the level of bilateral trade between Taipei and London. Carl Blundon, Chairman of the British Chamber of Commerce in Taipei noted as much, in terms of the preparations for October’s trade talks:

“There is a massive push behind international trade and The British Office has been very proactive about engaging businesses. This year, for the first time, they organised a round table ahead of the trade talks with major companies from a range of industries, to get details straight from the source. The preparation was very detailed and structured, and this was well appreciated by British business. It received a very positive reaction.”

In contrast to the robust trade flows in both directions, investment shows a much greater imbalance. In 2018, UK firms invested £468 million in Taiwan, while Taiwanese businesses invested just £53 million in the UK and another £62 million in 2019. Nevertheless, this does make the UK the number one destination for Taiwanese funds in Europe. The comparatively low level of outbound investment from Taiwan reflects a general lack of familiarity with the UK and with Europe as whole, in the view of Henry Chang, the Chairman of the European Chamber of Commerce in Taiwan.

Chang believes that Europe may have been overshadowed over the years because of Taiwan’s strong historical ties to the US and the natural inclination of successive generations of Taiwanese to want to study and work in the US, being much more at home with American rather than European culture and business environment. However, this may be changing, as Taiwanese travel more extensively across Europe, and increasing numbers of students are favouring European and particularly UK universities over US schools. With less of a language barrier, as Taiwan pushes ahead with its “Bilingual nation 2030” initiative and with a reputation for academic excellence, UK universities are an attractive option for many. In Chang’s opinion, this will serve to broaden perspectives and allow the next generations of business leaders to feel more at ease with the UK and European versions of western culture and give them more confidence to seek out investment opportunities.

The long-term outlook, then, seems positive, with growing trade flows and apparent commitment from both Taiwan and the UK to build the relationship, but what of the current situation in the immediate wake of the Brexit agreement? What impact is the introduction of the TCA having on the way companies do business?

According to Blundon, the majority of firms – 86% in a recent survey, conducted by the BCCT – have not needed to make any fundamental changes to the way they operate, although the sharp fall in the value of the UK Pound has hurt balance sheets and some business sectors have been more badly affected, in particular companies in the education field where 50% have seen a negative impact from Brexit. As ever, though, the devil is in the detail and there are plenty of immediate frustrations with the implementation of the agreement.

“Generally speaking, if you talk about the overall way of doing business, Brexit hasn’t been a huge factor for businesses in Taiwan. The biggest issue for a lot of BCCT members is specific points of detail, which haven’t been ironed out yet. Retail and food and beverage companies have a lot of issues when it comes to certification [of imported goods]. Automotive companies, as well, with the certification of the thousands of parts that go into a vehicle. They are unclear on what certification will be accepted in Taiwan as it was all agreed to European standards in the past.”

One industry insider described the current logistics supply chain as confused and a nightmare, as there are no clear guidelines for companies to follow. The UK government has established online information pages and is promoting these extensively, but most UK companies seem to have little knowledge of their rights and of the trading regulations under the TCA, compared to under the previous EU agreement and there is a sense of frustration that it is almost five full years since the referendum on EU membership and yet so much detail remains to be clarified.

Taiwan businesses are largely taking a “wait-and-see” approach. The view from here is also one of confusion, not so much about the detailed operating procedures, but about the motives for leaving the EU and what the UK hopes to achieve from Brexit. Taiwanese companies are by nature pragmatic, particularly the smaller and medium-sized enterprises and they will gladly take any viable export opportunities they see. However, when it comes to longer-term investment, then firms are most likely to sit back for a while and wait for the situation to settle down. The onus is going to be very much on the British Office to redouble its efforts to get out to speak to Taiwanese businesses and to make a convincing case for investing in the UK in its new-found position as an independent entity outside of the EU. 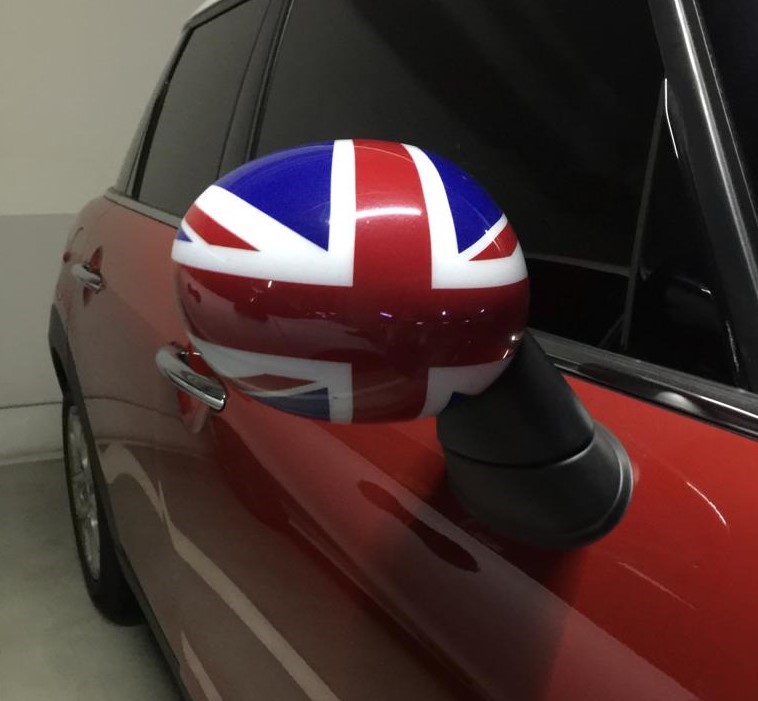 #Brexit #Taiwan #US #EU
Back