In lieu of diplomatic relations, Taiwan pursues artistic ones, transforming arts and culture into the next big export 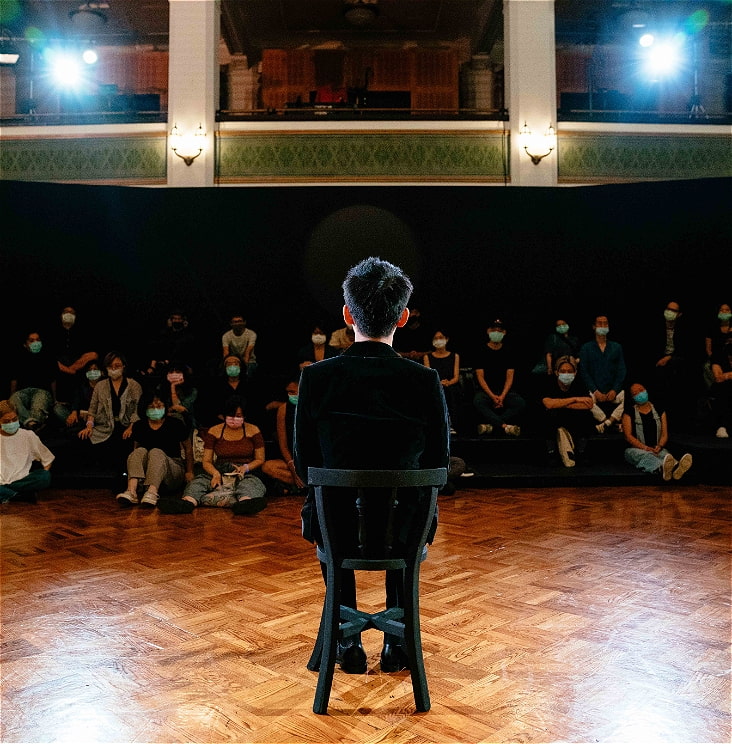 Taiwanese artists are leaving global imprints – even in spite of the pandemic, and even in the unlikeliest corners of the world.

In Melbourne, Australia, which has only very recently emerged from a 111-day lockdown, a special partnership between Taiwan’s Ministry of Culture and Melbourne Fringe, an annual arts festival that spans theatre, comedy, music, performance and more, has connected three Taiwanese productions with Australian audiences via computer screens – with a delirious virtual programme of mind-bending illusion, a robot vacuum contemporary dance and an interactive virtual bar date.

'Fringe Focus Taiwan' heralds the Ministry of Culture’s first time participating in the major festival, and one of the first programmes to come out since the establishment of its first Oceania office in Sydney in February this year. According to Fringe Focus Taiwan producer Fred Chuang, the Ministry of Culture had been eager to ramp up cultural exchange between Taiwan and Australia and New Zealand – “but then, of course, the pandemic hit.”

With Melbourne Fringe being one of the few festivals still happening, Chuang and collaborator Michelle Tseng say that the virtual programme ultimately proved to be a good opportunity for cultural partnership, given that Taiwanese artists would not have been able to ‘tour’ Melbourne, as they traditionally would have done.

It is, of course, not the first instance of Taiwan-Australian arts diplomacy, especially in recent years. Efforts to broaden the scope of cultural policy and to establish connections with New Southbound Policy countries have resulted in a number of fruitful partnerships. Last year saw the expansion of the collaboration between Melbourne’s Yirramboi Festival and Taiwan’s Pulima Art Festival, both First Nations-focused programmes, with 13 Taiwanese Aboriginal artists brought to Melbourne. Meanwhile, Taipei Fine Arts Museum (TFAM) and the Perth Institute of Contemporary Arts came together for the exhibition ‘Island Tales: Taiwan and Australia’, showcasing 13 artists from Taiwan and West Australia.

“I think establishing the office is the first step,” says Chuang, who is also part of the Ministry of Culture’s Southeast Asia advisory committee, which proposes recommendations on Southbound strategies.

“They’re really keen to bring Taiwanese artists to Australia and New Zealand, so they already have started to plant roots,” he says. “Next year we will have more programmes and artists coming over – if international travel is allowed.”

The Ministry of Culture now boasts of 15 cultural centres and offices across the world. In lieu of formal diplomatic relations with other nations, these cultural exchanges have not only been an effective way to put Taiwan on the map, but helped to initiate meaningful dialogues on place, history, and culture. 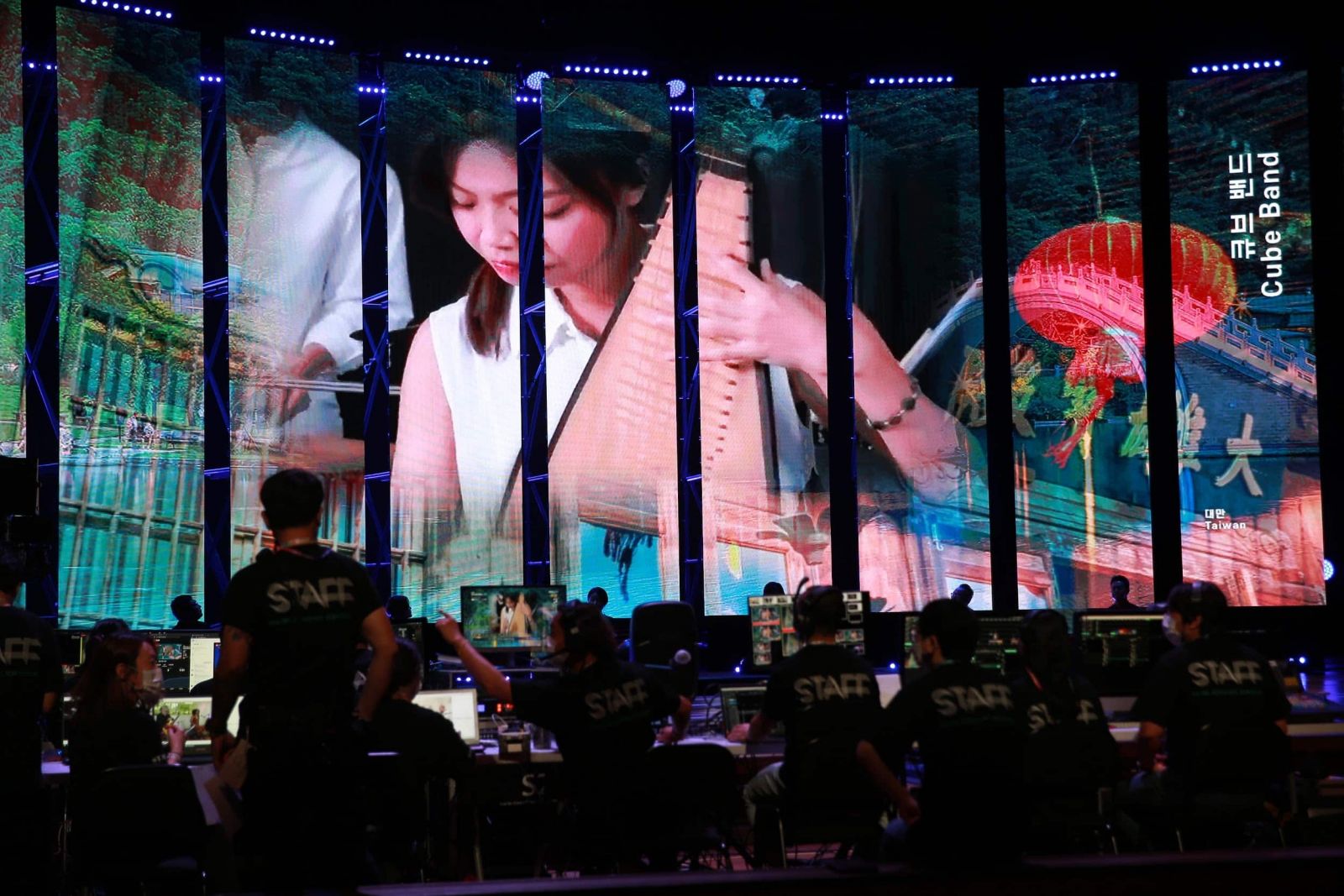 The art of diplomacy: Taiwan on the global stage
Taiwan’s widening focus on cultural policy, and subsequent efforts to deepen overseas cultural partnerships, is still a relatively young phenomenon.

Though cultural soft power was already starting to be recognised as an asset in the ‘90s and 2000s, it was not until 2017 that major breakthroughs materialised. Not only did the Cultural Congress open itself up to participation from the public for the first time, subsequent increases in cultural spending and the establishment of new institutions have all helped to open up the cultural sphere.

The establishment of the Taiwan Creative Content Agency (TAICCA) last year, in particular, further cemented the vision of cultural wealth as soft power promulgated by then-Minister of Culture Cheng Li-chiun (鄭麗君). Charged with pushing Taiwan’s creative content onto the global stage, TAICCA is modelled after the success story of the Korea Creative Content Agency (KOCCA). Infamously earmarking 1% of the national budget, it helped propel the ‘Korean Wave’ into global consciousness, with the country’s content exports now worth nearly US$10 billion.

Through TAICCA, the government is now projected to inject NT$20 billion into cultural investment over the next five years – with this designation of culture as an economic pillar already being lauded as a “shining example”, especially in the midst of a global pandemic.

For contemporary music curator and critic Lin Fang-yi (林芳宜), Taiwan has traditionally been a country with weak cultural policy concepts, especially with regards to music and performing arts development.

“With the exception of former Minister of Culture Cheng Li-chiun’s awareness of the need to promote cultural policy and industry development, many ‘policies’ were tailor-made for votes and vested interests.”

With more than 20 years of experience in the creative sector, previously working under the Ministry of Culture as part of organisations like the National Taiwan Symphony Orchestra and the Taiwan Music Institute, Lin says Taiwan still has a long way to go in terms of stable cultural policy.

“This kind of ‘policy’ keeps appearing and disappearing along with the change of political landscape,” Lin says. “Not only does it not help the development of art and culture in Taiwan, it also creates barriers.”

After leaving public service, Lin went on to found Studio Acht, a platform that helps to take emerging artists onto the international stage, with participation in the yearly Jeonju International Sori Festival in South Korea being one of the studio’s major undertakings.

By providing matching creators with performers and domestic artists with international artists, as well as training art administrators and technicians, Lin says Studio Acht’s goal is to gradually build up a network, which can provide greater support for the development of artists in the long run.

Lin says that while government and state subsidies for the arts are crucial, the role that art communities and bridging programmes like Studio Acht play can also not be understated, given that these are fundamentally networks of people and expertise that have been built over the years.

“These resources and networks, which can be more solid and significant than money itself, are ultimately human connections – and that’s something difficult for the state to tap into.”

Veteran dancers Lee Tsung-Hsuan (李宗軒) and Chang Chien-Hao (張堅豪) take on a DIY flair with a living room performance in ‘Something About Skin’.
Image courtesy of Melbourne Fringe

From cultural difference to cultural networks
In many ways, Fringe Focus Taiwan also relied on the networks cultivated by the arts workers behind the scenes, Fred Chuang, and Michelle Tseng. Not only have both worked extensively within the arts and festival landscape (uncannily even working at Yirramboi Festival one after another), Tseng’s ties to Melbourne Fringe as a former staff member and Chuang’s connections to institutions in Taiwan, enabled the pieces to quickly fall into place.

When I remark to them that they themselves had played a significant role behind the scenes, Tseng chuckles, before acknowledging that they did help to bridge many gaps – from language to even expectations of post-pandemic creative output.

“So we had to explain to our Taiwanese artists and hope that they could adapt that transformation into their ways of creating art.”

These slight divergences bring into focus a larger question of fundamental cultural difference, and the roles individuals, organisations and governments should play for a smoother collaborative experience.

Whether it’s Australian audiences’ love of interaction versus Taiwanese artists’ proclivity for the very opposite, or different ways of communicating intent, ultimately, as Tseng puts it, “Language is very easy to translate, but culture is not.”

That cultural exchanges have been able to be fostered and developed in Australia is also due to the broader conditions of the country’s increasingly diverse demographics and a creative sector set on being more culturally inclusive or safe. However, it remains ambiguous whether programmes similar to Fringe Focus Taiwan can successfully flourish in other international contexts, or without the same people networks.

For Chuang, cultural exchanges will always have to contend with compromises from both sides, for “the barriers we can’t cross over”, before adding that it’s a value often overlooked. “We need to acknowledge differences in terms of culture, language, laws and mentalities – and embrace barriers as part of the cultural exchange.”