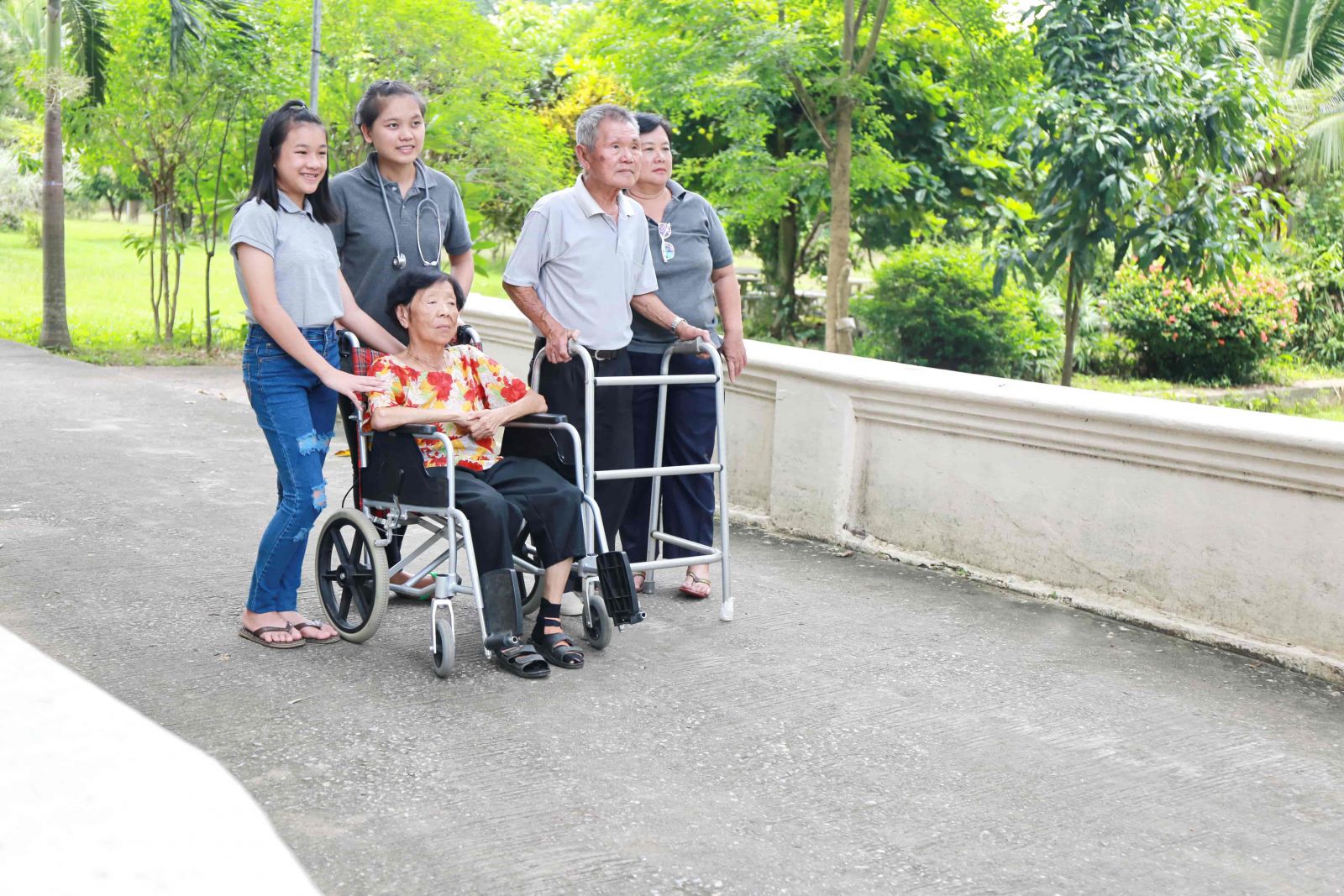 It should be clear that the next generation of residents of Taiwan will be demographically very different from the last.

For one, as the Tsai administration has sought to highlight, Taiwan is seeing increasing immigration from Southeast Asia. One in ten elementary and middle school children currently has a foreign-born parent.

This has already had significant effects on public institutions, as observed in many universities facing declining student enrollment. As a result, universities increasingly need to recruit students from other countries, have been forced to close, or to merge with other universities.

To this extent, policies aimed at building stronger ties with Southeast Asia, such as the government’s New Southbound Policy have been touted as something of a deux ex machina for Taiwan’s demographic issues. In particular, the notion would be of drawing immigration from Southeast Asia to make up for Taiwan’s demographic shortfall. One can also understand efforts by the Taiwanese government to internationalise in a similar vein. Examples include efforts to make English Taiwan’s second official language, or to recruit foreign professionals to live in Taiwan.

With the push to internationalise, the need to take measures to address shifting demographic changes in Taiwan dovetails nicely with the Tsai administration’s desire to reduce Taiwan’s dependency on China. The Tsai administration is hardly the first to attempt to build stronger ties with Southeast Asian countries for this aim, as observed in Lee Teng-hui’s efforts in the same vein during the 1990s.

However, the Ma administration saw a greater focus on establishing ties with China, as compared to Southeast Asian or western countries. This accorded to the pro-unification political aims of the KMT, as well as the rising Chinese economy at the time. Some understood the KMT efforts at the time as interested in making up for Taiwan’s demographic shortfall by increasing Chinese immigration, as seen in policy moves aimed at making the housing market more open to home purchases by Chinese nationals, or policies aimed at benefiting Chinese immigrants to Taiwan, such as the Chinese spouses of Taiwanese.

Immigration as a solution for Taiwan’s demographic time bomb?

Efforts aimed at establishing ties with the international world and, in this way, diversifying Taiwan, have encountered challenges. For one, visa policies remain complicated and convoluted, with government websites being poorly designed and making it unclear as to what documents or requisites are necessary for visas.

As has been the object of much criticism among white-collar foreign professionals in Taiwan, the naturalisation processes for individuals that have made special contributions to Taiwan have seemingly been granted more to elderly priests that have spent decades in Taiwan than any other demographic. Some visas, such as for artists, have not been widely publicised, resulting in bureaucratic confusion regarding individuals that apply for them.

The Covid-19 pandemic also created some issues regarding visa conversions, seeing as individuals would normally be required to leave Taiwan and then return in order to change their visa statuses. But the pandemic made this difficult, leaving some individuals applying for changes in their visa status in the lurch.

It has been noted that institutions in Taiwan often are not particularly accommodating of foreign nationals and the ECCT’s Better Living committee has a dedicated section in its position paper highlighting issues of unequal treatment of foreign nationals in Taiwan. To name a few issues, foreign residents were initially left out of the mask distribution system for preventing the spread of Covid-19, because ARCs were not accepted as IDs at pharmacies and other locations where masks were being sold and many foreign residents do not have National Health Insurance cards. Foreign residents were also left out of economic stimulus measures, such as the Triple Stimulus Vouchers offered earlier this summer. Moreover, it has been a longstanding issue that many websites that require national IDs do not accept the ARC number format, leaving foreign residents of Taiwan unable to use many online services such as online banking, travel insurance, and online shopping.

While English-speaking white-collar foreign professionals have more venues to voice such discontents, these concerns have broadly not been addressed by the Taiwan government. The situation is even worse for blue-collar migrant workers who may not be able to speak English and who lack options to voice discontent.

The four major categories of migrant workers in Taiwan include domestic workers, caregivers, factory workers, and migrant fishermen. But migrant workers often owe significant debts to the broker agencies that charge fees for arranging their employment as well transportation to and from Taiwan. Migrant workers in some fields also have fees for board and lodging deducted from their pay, and may be given only one day off per week. It may not be surprising that migrant work in Taiwan, particularly among migrant fishermen and factory workers, has been compared to a form of modern slavery or indentured servitude.

More broadly speaking, there are few pathways to dual nationality in Taiwan. Dual nationality would be the quickest path to addressing demographic issues in Taiwan, but while it remains easy for Taiwanese nationals to obtain dual nationality, there are significant obstacles to foreigners--invariably white-collar “expats” and not blue-collar “migrant workers”--naturalising as Taiwanese citizens.

This then takes on a strong class dimension regarding foreign white-collar workers and blue-collar migrant workers. There are no provisions for blue-collar migrant workers to bring over spouses or children, or to emigrate their families to Taiwan, with it the expectation that migrant workers come to Taiwan individually and then return to their home countries once their contract ends. Though provisions are also lacking for foreign white-collar workers to bring their families to Taiwan, there are at least some measures taken for them to do so.

A failure to make structural changes

However, it is to be questioned whether the Taiwan government is willing to make the structural changes to address demographic issues. Indeed, part of the reason why the government has sought to attract foreign professionals by offering incentives for them to live and work in Taiwan is because of Taiwan’s problems regarding brain drain. Yet the Taiwan government has so far fallen short in devising measures to stem the brain drain.

Young Taiwanese people face unaffordable housing prices, requiring one to not eat or drink for fifteen years to stand a chance of purchasing a home in Taipei. Entry-level salaries for young people are also low, with college graduates subsisting off of “22K” salaries. To be competitive in a field, this may require an advanced degree from abroad, which often saddles young Taiwanese with decades of student loans.

Limited prospects for new entrants to the workforce in Taiwan have led many to instead contemplate working in China. Compared to working in western countries, the language barrier is not as high, China is perceived as having more economic resources necessary for starting new businesses and start-ups, and China is seen as internationalised in a way that Taiwan is not.

In particular, Taiwan’s salaries lag behind those of other developed economies, and are lower than countries with similar GDP per capita. The salary in Taiwan has failed to grow despite Taiwan having a higher cost of living compared with countries with a similar minimum wage. But the Tsai administration has been discouraged from changing certain labour laws under pressure from certain corporate groups, with the final results of months-long political contention about the Labour Standards Act resulting in several decades of labour reforms being undone in Taiwan, as put by the well-respected investigative reporting outlet, The Reporter.

Apart from reacting against wage raises, some corporate groups also took issue with the allocation of work hours from the new laws as too much of a one size fits all approach, seeing as this did not meet the flexible work hours required by some industries, such as among many multinational corporations. It is notable that Taiwan has not made accommodations to new industries and the rise of the gig and start-up economy, and working arrangements such as working from home, with many companies continuing to require travelling and clocking into a workplace even during the Covid-19 pandemic.

Young people, in particular, sometimes see their economic difficulties as a product of irresponsible economic behaviour from the older generation. Difficulties faced by young people in purchasing a home are worsened by older, wealthier individuals hoarding properties as a means of investment. Moreover, Taiwan’s pension system faces bankruptcy because of the generous pensions paid to public servants, teachers, members of the military, and police during the authoritarian period as a reward for political loyalty--older members of such groups have violently opposed efforts at reforming Taiwan’s pension system to prevent the pension system from going bankrupt.

The 18% preferential saving rate for public servants’ raised the ire of many members of society. While issues regarding the bankruptcy of pension systems exist worldwide, in Taiwan, this was an issue deeply tied to Taiwan’s authoritarian past. As a result, the pan-Green camp framed pension reform as part of efforts to achieve transitional justice for the past crimes of the KMT.

Yet as it has also handled the controversy regarding the Labor Standards Act beforehand, the Tsai administration flip-flopped on the issue several times in the face of opposition from those affected by the pension reforms, and those who feared that without reforms, the pension system would go bankrupt. As a result, the final results did not please either side. Likewise, the Tsai administration did not explore alternative options for preventing the bankruptcy of the pension system, such as raising taxes on the wealthy in order to make up for the shortfall.

The effects of changing demographics in Taiwan will be widespread. Changing consumption patterns will lead to the decline of sectors as traditional markets, and some brick-and-mortar stores. The housing sector also stands to be severely affected by the inability of most young people to purchase homes. Nevertheless, there has been a lack of discussion of this phenomenon in society to date.

Indeed, to address the fundamental demographic issues facing Taiwan will require drastic structural change. It is unlikely that reform efforts would not stoke controversy at least among some demographic and interest groups. But to date, the Tsai administration has not proven willing to take the decisive action needed on the issue.