In the absence of rules in the Internet age, artists make their own 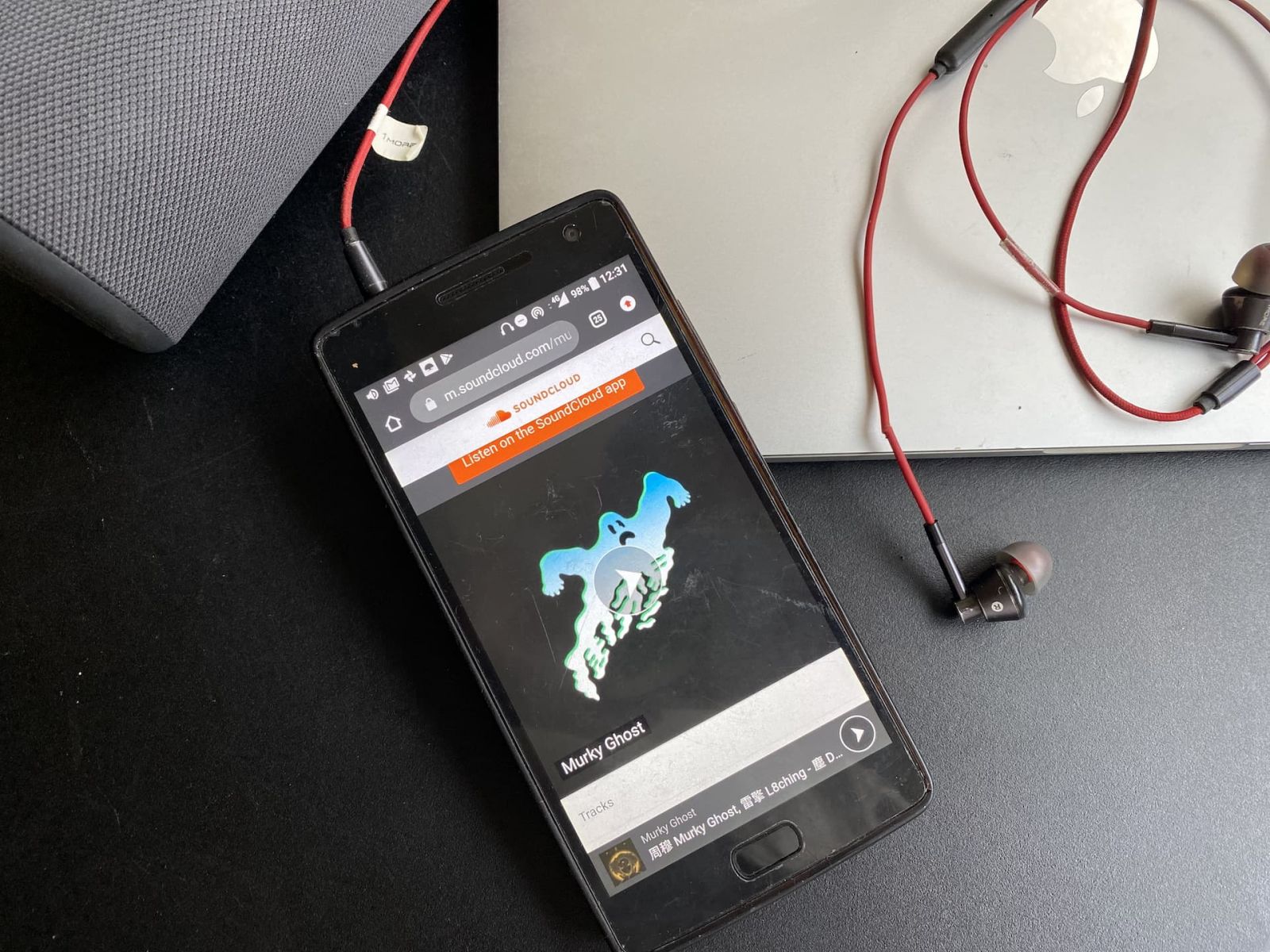 From the vintage flair of songstress 9m88 to the irreverence of rapper Leo Wang, it’s clear from this year’s Golden Melody Awards (GMA) nominees that the landscape of Taiwanese pop music is continuing to move to its own beat – and further away from the ‘golden age’ of MandoPop that has helped shape and define an entire industry.

Referring to Wang’s best male vocalist win at last year’s GMA, pop newcomer Kevin Liao (廖柏雅) jokes that the win may have come as a surprise to the general public – including his parents. “They were like, ‘who the heck is this guy?’” He laughs. “They’d never heard of him at all.”

There’s no denying that pop is going through a kind of mid-life crisis as it tries to adapt to a rapidly changing environment. For the West, and specifically the US, some writers have even gone as far as to signal The End of Pop Music, while the spectacle and excess of KPop grows bigger and more unstoppable, even seeping into the American Billboard charts. Though the last few years have seen Taiwan’s pop music scene gravitate towards something more ‘indie’ and more unconventional, it still can’t fully shake off the glory days of the ‘90s to early 2000s, when it was busy pumping out pan-Asian superstars like Jay Chou (周杰倫) or Jolin Tsai (蔡依林).

“Some of the old guard, or the people who have done this for a long time, they would say, there’s not gonna be another ‘idol’,” says Liao, whose debut album Superhuman was released back in 2018. “They say the artists aren’t as strong now, or the companies aren’t as strong, but I personally think it’s not about who’s strong or who’s weak; it’s just that the market is different.”

Indeed, entering the industry in 1997 is a completely different story to doing so twenty years later. At its height in 1997, physical sales topped NT$12.26 billion; in 2018, that figure was NT$815 million, according to the Bureau of Audiovisual and Music Industry Development (BAMID). It’s a climate increasingly dominated by streaming services, which now account for 18% of the total music industry revenues (from 2018 BAMID figures). In fact, the shift towards the digital is so commanding that BAMID now accepts GMA nominations for digital-only works.

“People consume in a different way now. It’s so globalised,” Liao says. “I can go on YouTube and listen to Travis Scott; I don’t have to turn on the radio or watch TV.”

“It’s so different that to say there’s not gonna be another idol, is kind of a weird perspective. The term ‘idol’ has to be redefined in our generation.” 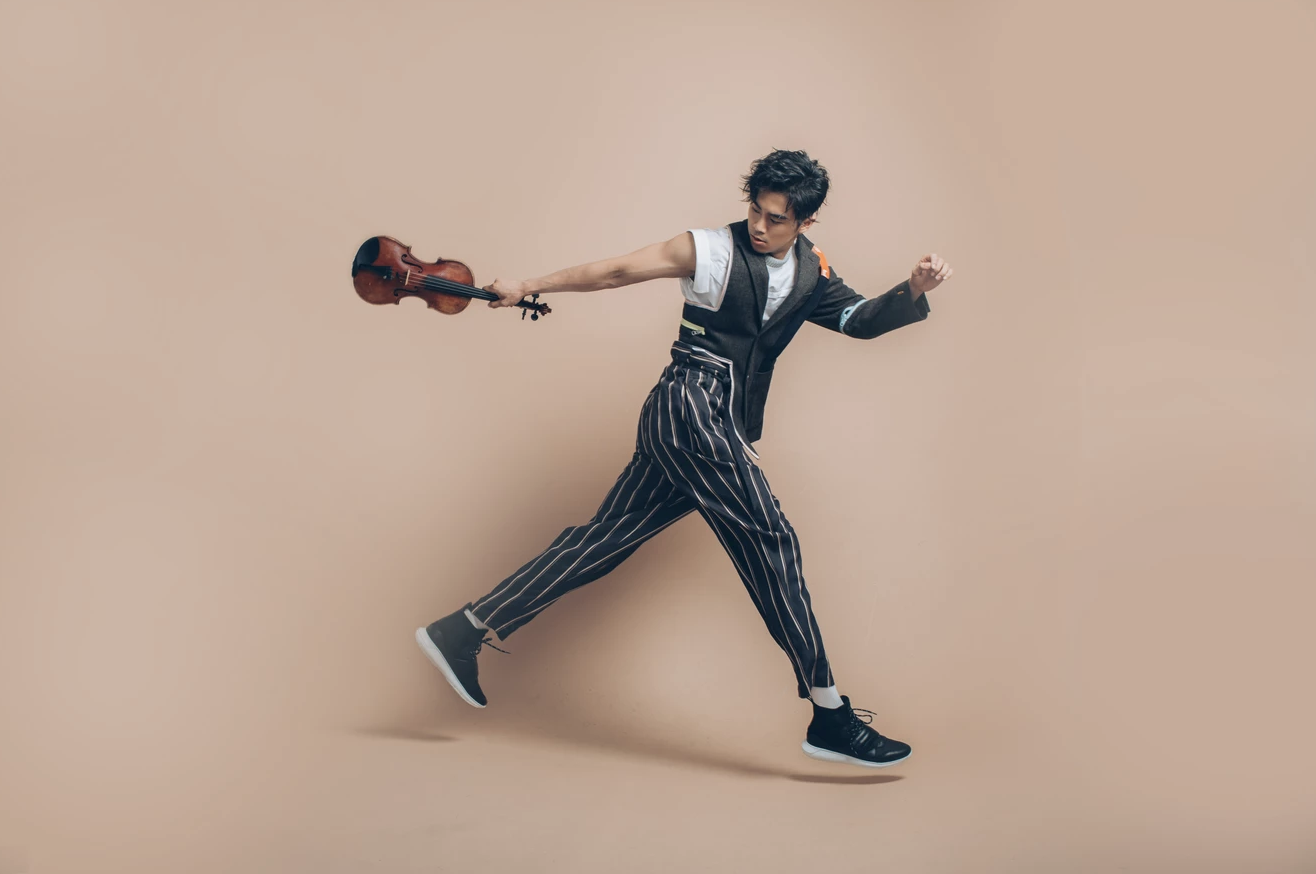 Liao is almost excited as he talks about the shifting goalposts. A classically-trained violin player from Juilliard with beaming good looks, Liao is often hailed by local media as a ‘star student’, or even ‘Wang Leehom Junior’. Though his image and pedigree may be comparable to the idols of yesteryear, Liao’s attitude and work ethic are more in tune with contemporary artists who, unperturbed by the challenge of a changing industry, experiment with a variety of mediums and styles.

“In this day and age you have to push yourself and be adaptive to the environment, whether it be social media or real life, or even TV,” Liao says. Not only does he try to agree to do “almost every gig offered”, sometimes performing for major brands, he also hosted the ICRT radio show Klassically Now!, collaborated with other artists – and played violin with an orange for social media.

Though he jokes that his YouTube account is “dying” from not posting content regularly enough, Liao says having a social media presence today, especially as a new artist, is crucial. “Six, seven years ago, without social media being so popular and so available, you have to go through a lot of different ways to connect with your audience – for example, TV, which is guarded by certain networks,” he says. “Now, it seems like a lot of people have a shot to make it, or get more of an audience, through a bunch of stuff.”

Social media has, of course, been one of the major forces underpinning much of pop music around the world. This year’s GMA sees the addition of rising queen of pop and Leo Wang-associated act 9m88, whose early notoriety was largely cultivated through the Internet. Her YouTube cover of Mariya Takeuchi’s ‘80s city pop classic Plastic Love, itself a global YouTube phenomenon at the time, along with other retro throwbacks on social media, made her a millennial ‘it girl’. Elsewhere, Malaysian Chinese rapper Namewee (黃明志), who has been a GMA regular in the last few years, also rose to fame as a result of YouTube (his Japanglish Song! music video currently has over 80 million views).

The change in music consumption and the broader shifts of the music industry itself have given rise to a new generation of less mainstream artists who, like indie rapper Murky Ghost (周穆), are grateful for these new opportunities that are now afforded to them. She’s one of a handful of artists today who have taken to utilising podcasts as another way of experimentation and audience engagement. Calling herself a ‘forgiveness’ rapper – forgiveness (ráo shù) is a Chinese pun on rap (ráo shé) – Murky Ghost describes her lyrics as ‘didactic’. As someone who is in the habit of writing regularly, having even entertained the thought of writing a book, she says she decided to use podcasts as a platform to showcase her words, which she says are not always easy to put into songs. Now nearing 100 episodes, her podcast series ‘Murky Ghost’s 1min Idea’, a twice-weekly meditation on “creativity and life, courage and kindness” are portably recorded via her phone and uploaded for audiences to hear at any time. Like intimate, one-minute confessions to loved ones, these ‘exercises’ become a way to connect with others instantly.

Emblematic of a creator-consumer generation that taps into music and influences from sources all around the world, Murky Ghost says that rather than just focusing on click-through rates and the number of followers she has, she is more excited about being steadily exposed to different styles of music, to learn, or even to be interviewed by the media – which she likens to “responding to the world in different ways”.

But like many young people who came of age with the Internet, Murky Ghost traverses social media with a grain of salt. “I regularly post info on upcoming gigs, performance highlights, and my one-minute posts, or forward news, but I keep the rest of my personal life to myself,” she says. “As our generation figures out how to keep a safe distance from social media, it's essential to be conscious of how much you filter and control your use of it.”

“The real benefit is that performers and live video from around the world can now be viewed online, which is awesome,” she adds.

With Covid-19 proving to be a major, destabilising force in the entertainment industry, the online realm has become increasingly more important – with musical acts shifting to online concerts, including Taiwan’s very own Mayday earlier this year.

Prior to this year, live music industry revenues in Taiwan had been on the uptick, increasing by 10.3% to NT$5.327 billion in 2018, according to BAMID figures. Though the central government has been more eager to invest in the live music sector, Covid-19 has been particularly bad news for two of its major projects – the Taipei Music Center, which opened in August 2020, and Kaohsiung’s Maritime Cultural & Popular Music Center, which is nearing its completion.

As Taiwan’s cultural calendar is slowly returning to normal, with major events like this year’s Golden Melody Awards going ahead at the Taipei Music Center on 3 October, it remains to be seen just how much live concerts and shows will be affected not only in the coming months, but for the next few years.

“In Taiwan, we’re in a bubble and don’t see how bad it is overseas,” Kevin Liao says, referring to the restructuring of live shows in countries like the US. “Still, not a lot of people will have the courage to do shows [in Taiwan] now – probably only the bigshots that know they can sell out.”

However, for Liao, who performed at the Taipei Arena last year, achieving a personal milestone, nothing beats the ‘unforgettable’ feeling of the live experience – for both the audience and the performer. “Seeing it live and seeing it through a screen will always be different,” he says. “That’s why CDs can die, gramophone discs can die, but live shows are still popular.”