At the dinner, speeches were given by President Tsai, the EETO head and the ECCT chairman. This year’s dinner celebrated the 70th anniversary of the Schuman Declaration in 1950, which paved the way for the creation of what has evolved into today's European Union.

In his speech at the dinner, ECCT Chairman Giuseppe Izzo called for increased cooperation with the government in order to build greater resilience in the economy and society. He praised President Tsai and her administration for their enlightened leadership and rapid, proactive and pragmatic actions, which had helped Taiwan to avoid the worst impacts of the coronavirus pandemic. However, he stressed that despite these efforts, given that the pandemic is not yet over, business and government have a responsibility to build a more resilient economy and society.

Chairman Izzo went on to cite examples of how to improve resilience in the healthcare system, supply chains in cooperation with European business. He also called for steps to speed up Taiwan’s energy transition and to foster and attract talent.

The chairman concluded that Taiwan has built a strong foundation to protect the health and livelihoods of its people but that Taiwan’s future prosperity depends on strengthening resilience at home and maintaining strong links with the world, especially with Europeans and European businesses given that they have played a crucial role in Taiwan’s development and have the potential to help build additional resilience in a post-Covid-19 world.

In his speech at the dinner, EETO Head Filip Grzegorzewski stressed the importance of addressing the problems brought about by digitalisation, climate change and opposition to globalisation, which have been magnified by the Covid-19 crisis. He concluded that Taiwan and the EU have many things in common: Both strive and benefit from a free, fair and rule-based global order. Both build their economic successes on open markets and social stability and both have an overriding interest in embracing advanced technology and a sustainable trade agenda. “Notwithstanding the challenges we face, I hope that Taiwan and the EU will continue working together, across distance, through our shared values. By collaboration, we will shape the responses to the difficulties ahead,” he said.

In her speech President Tsai thanked the ECCT and EETO for their support of Taiwan participation in the WHO. She went on to talk about EU-Taiwan cooperation during the pandemic and to list many of the European companies that have invested US$58 billion dollars in Taiwan. She singled out for appreciation those investing in Taiwan’s wind energy industry. The president went on to reiterate the government’s call for a bilateral investment agreement, which she said could open the door to an even more concrete partnership. She concluded that while 2020 has been a year of many challenges “Taiwan and the EU have already overcome many obstacles in this trying time. The future will undoubtedly be positive and prosperous if we work together as partners and friends”.

The Europe Day dinner was an opportunity to enjoy some superb cuisine. The dinner also served as a fund-raising event for charity. During the evening, ECCT Chairman Giuseppe Izzo handed over a donation to the Syin-Lu foundation, represented by its president, Pony Hsu. Established in 1987, the Syin-Lu Foundation is a non-profit organisation that promotes empowerment and economic self-sufficiency for the handicapped in Taiwan. A portion of the proceeds from the dinner have been donated to the foundation, every year for over 20 years.

Special thanks to our gold and silver sponsors. 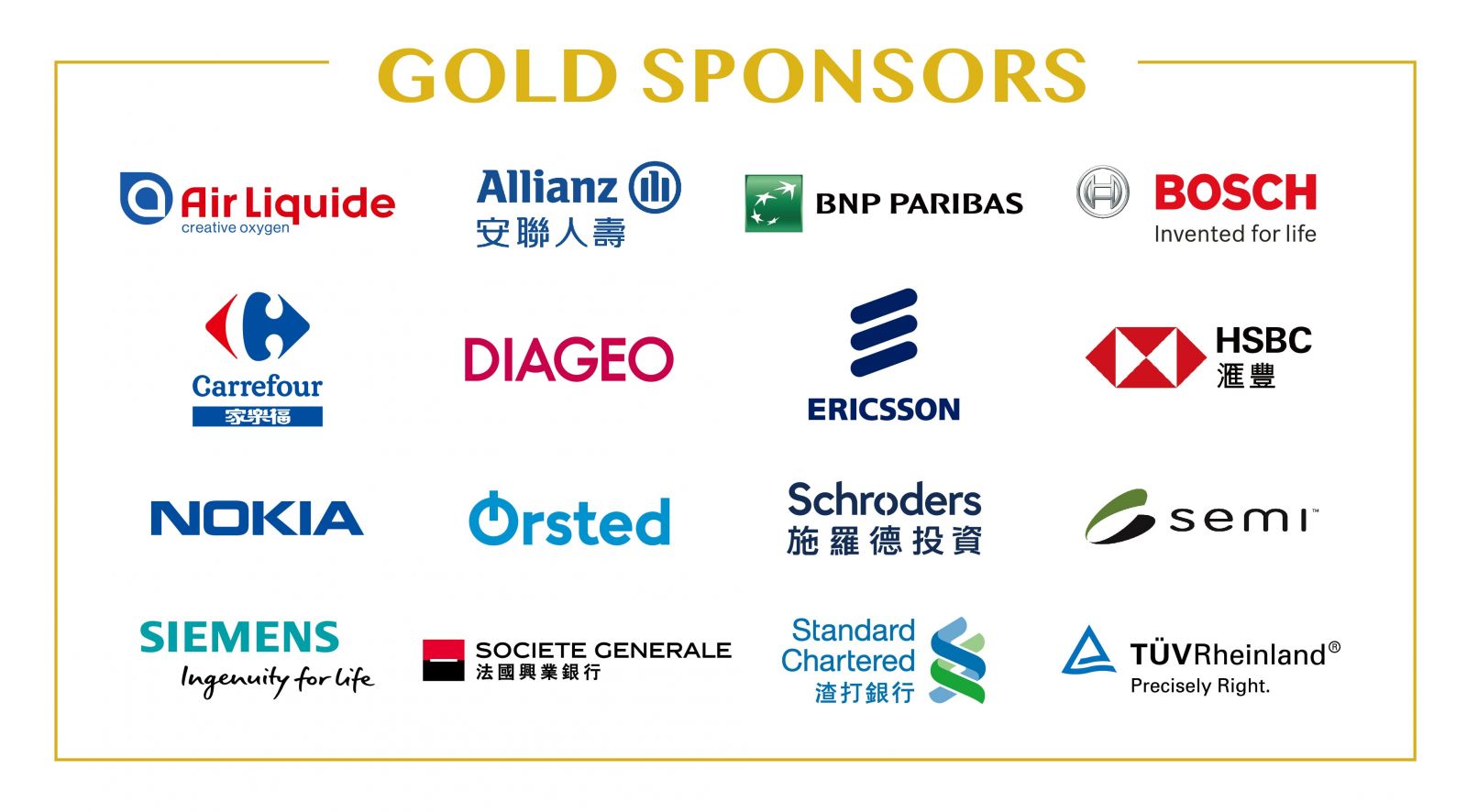 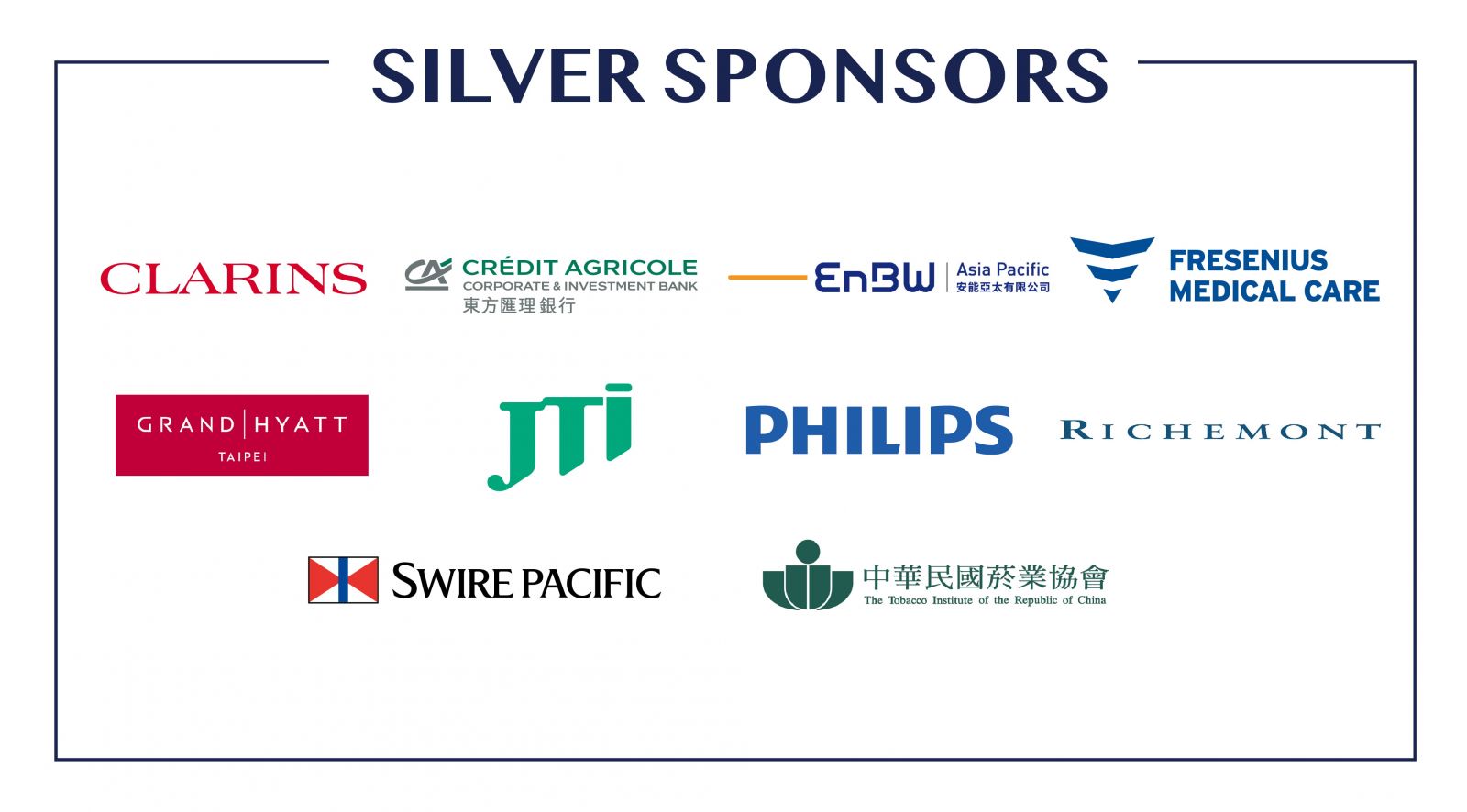