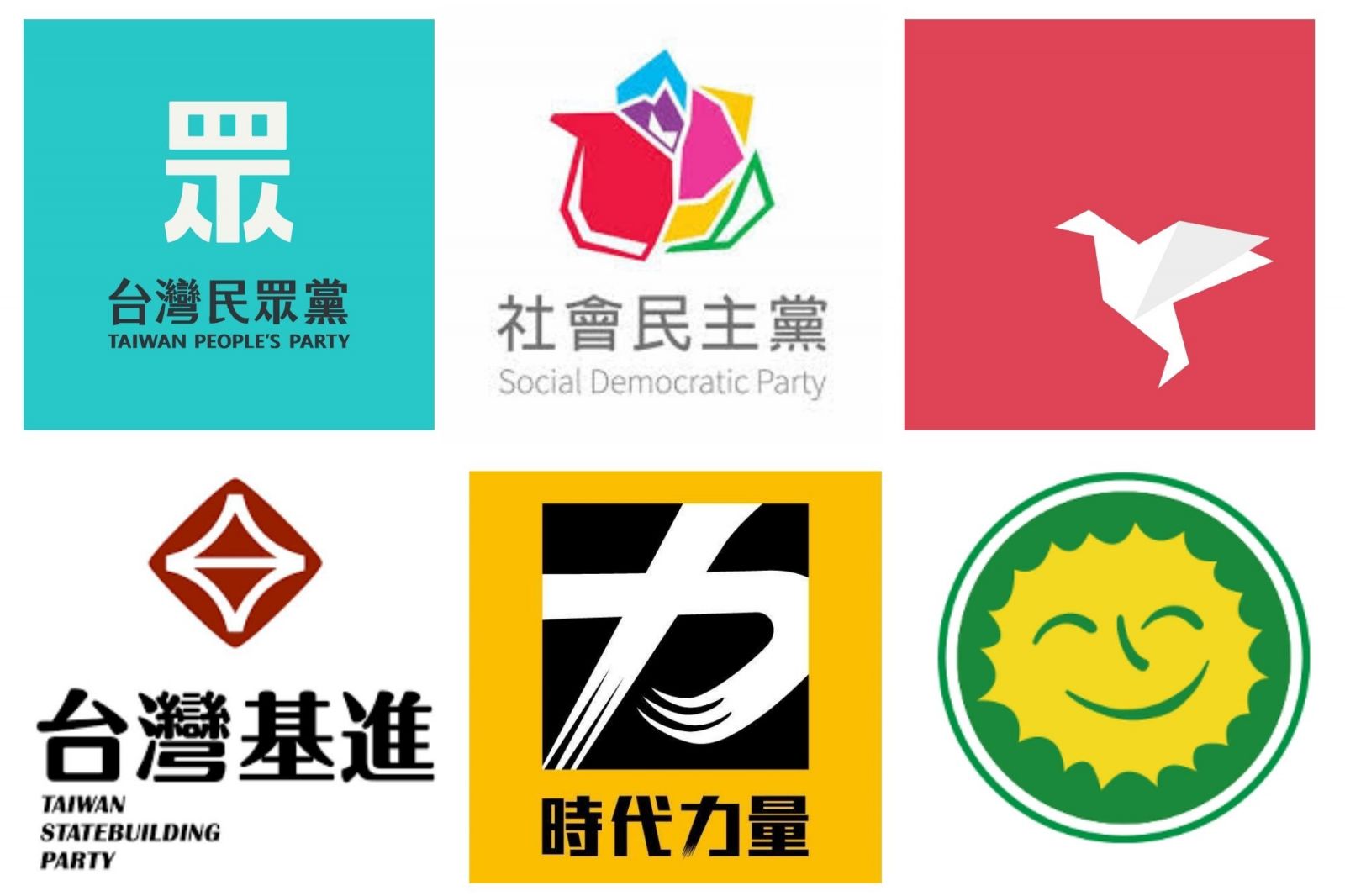 Throughout Taiwan’s democratic era, several third parties have been formed to challenge the large parties, the Kuomintang (KMT) and the Democratic Progressive Party (DPP). However, up until a few years ago, these upstarts were mostly breakaway or offshoots of the two major parties. The first real attempts to create a “Third Force” in Taiwanese politics trace their origins back to a wave of civic activism in Taiwan in the years prior to and immediately after the 2014 Sunflower Movement. The Third Force proves the most significant effort to establish viable third political parties in Taiwan in the past six years.

In particular, the Third Force originates from projects to establish third political parties in Taiwan that could break free of the deadlock between the deadlock of the pan-green and pan-blue camps. These projects from civil society organizations took place around the time of the Sunflower Movement. Many individuals involved in civil society activism opposed what they saw as the deeply-rooted corruption of the KMT, seeing as the KMT has relied on organised crime ties and clientelist networks to maintain political control during the authoritarian period.

During the authoritarian period, political graft and vote-buying practices were extensive. It is in this way that the Third Force saw itself as different from other third parties in Taiwanese politics, such as the People First Party (PFP), New Party, and the Taiwan Solidarity Union (TSU). Likewise, although the Third Force claimed to be beyond pan-green and pan-blue politics, substantively speaking, they are pan-green parties.

At the same time, participants in civil society activism also saw the DPP as having itself grown corrupt during its time in power. While the DPP traces its origins to the Taiwanese democracy movement--specifically to the dangwai movement to form a second political party outside of the KMT--many saw the DPP as having become similarly corrupt to the KMT during its period in office between 2000 and 2008.

Many were divided in their verdict of whether Chen Shui-bian, the first DPP and non-KMT president in Taiwanese history, was in fact guilty of the charges of corruption he was arrested on after his term ended. However, it was unambiguous during the Chen administration and afterward that a number of DPP politicians had themselves become implicated in corruption cases.

As such, the aspiration to create a “Third Force” in Taiwanese politics was with the hopes of establishing a “new politics,” free of the corruption of both the pan-blue and pan-green camps. Another aspiration was that the “Third Force” would be able to escape the trap of pro-unification versus pro-independence politics, in marginalizing the KMT to make contention between the opposite positions of unification and independence a moot question.

For many, it was hoped that this could result in left versus right political issues instead constituting the most salient political cleavage in Taiwanese politics. This would be in order that political competition would not be simply both sides leaning into the issue of independence versus unification to mobilize their respective political bases, resulting in the sidelining of other social issues. Some suggested that the multiparty competition seen in Europe was a model that Taiwan should aspire toward, rather a politics dominated by competition solely between two political parties, as in America.

In the years following the Sunflower Movement, then, one saw the emergence of several “Third Force” parties, the New Power Party (NPP), the Social Democratic Party (SDP), the Free Taiwan Party (FTP), the Taiwan Statebuilding Party (TSP), and the Trees Party.

The NPP and the SDP were formed out of splits in the Taiwan Citizens Union, which was originally organized by DPP founding member Lin Yi-hsiung. The FTP was the reorganization of the Alliance of Referendum for Taiwan, a pro-independence group that called for referendum reform, with the hopes of holding a referendum on Taiwan’s political status, while the TSP, which had its strongest base in southern Taiwan, was actually formed before the Sunflower Movement broke out. The Green Party, itself composed of many former founding figures of the DPP, also saw revived activity after the Sunflower Movement, with the Trees Party formed out of a split from the Green Party.

The most prominent initial split between different Third Force parties in 2016 legislative and presidential elections was that of tactics. The NPP adopted a strategy of relying on movement superstars, running individuals that had become famous during the Sunflower Movement as its candidates, as well as openly cooperating with the DPP. Other Third Force parties, such as the SDP and FTP, were initially more reluctant to openly cooperate with the DPP. Likewise, these Third Force parties chose to run lesser-known candidates with backgrounds in activism, rather than movement stars, as an effort to break from the personalist politics of the DPP and KMT, which could be heavily centered around cults of personality regarding specific politicians.

In 2016, only the NPP was successful in entering the legislature. Two years later, in the 2018 elections, the NPP remained the only Third Force party that successfully had political representation. In subsequent years, other Third Force parties mostly faded from view. In this process, the NPP displaced the TSU, a previous pan-green third party that was led by former president Lee Teng-hui. The TSU still exists in Taiwan, but no longer is electorally viable.

This changed in 2020, however, with the emergence of the Taiwan People’s Party (TPP). The TPP, which was formed by Taipei mayor Ko Wen-je claimed to be a Third Force party insofar as it also aspired toward a politics beyond the pan-blue and pan-green camp.

Ko had originally been elected into office in 2014 with the support of Taiwanese civil society activists. But Ko was seen as having drifted from the pan-green camp in the years since, due to conducting controversial cross-strait political exchanges with China. The TPP’s electoral candidates were also primarily drawn from a pan-Blue background.

As it transpired, the NPP and the TPP shared a similar voter base. The TPP was subsequently able to overtake the NPP to become Taiwan’s third-largest political party in the legislature in 2020, obtaining five seats through proportional voting. The NPP retained three seats through the party vote, with two of its legislators, Freddy Lim and Hung Tzu-yung, having departed over internal splits within the party, and one legislator, Kawlo Iyun, having been removed from her post due to charges of corruption. Since the 2020 elections, the NPP has faced further issues, with former party chair Hsu Yung-ming also facing charges of corruption, and this resulting in the departure of the party’s remaining Taipei city councilors. Arguably, the TPP absorbing some of the NPP’s voter share is reminiscent of how the NPP previously displaced the TSU from electoral politics in 2016, taking up its position as the main pan-Green third party in the Legislative Yuan outside of the DPP.

The NPP’s checkered record on corruption raises questions as to how much the party did, in fact, break from the “old politics” that it claimed to. The NPP’s current leadership generally consists of individuals in their forties, some of which do have substantial ties to the pan-green camp. As such, it would not be surprising if the NPP did not completely break from traditional practices within Taiwanese politics. The DPP itself is an example of a movement party that eventually became tied to vested interests as the decades went by, and the NPP may itself evidence a similar phenomenon.

However, the biggest issue that led to an eventual reversal of fortunes for the NPP was probably that it could not break from the traditional binaries within Taiwanese politics. At a time in which the KMT seemed resurgent, following the meteoric rise of Kaohsiung mayor Han Kuo-yu, the NPP could not decide whether or not to endorse Tsai Ing-wen of the DPP to prevent a pro-unification candidate from coming to power.

Similarly, the NPP could not decide whether to openly work with the DPP or not, despite having done so in 2016. This inability to resolve this issue ultimately led to splits within the party, resulting in the departure of some legislators, as well as the NPP becoming alienated from significant sections of its support base. This created political space for the TPP to grow, eating up voter share that might have otherwise gone to the NPP.

The only other Third Force party that was able to win a seat in the legislature, the TSP, did not share the NPP’s reluctance to work with the DPP. Yet in essence, the biggest cause of the failure of Third Force parties resulted from the fact that Taiwanese politics remains dominated by two major political parties, and that the primary political cleavage is still between unification and independence. The NPP may have been too hasty in trying to move beyond such issues, which was ultimately a strategic miscalculation.

One notes that, when evaluating the history of Taiwanese third parties, they have often been splits from the dominant parties of the pan-green and pan-blue camps. Notably, the New Party and PFP were splits from the KMT. Traditional political divides in Taiwanese politics are not likely to fade anytime soon, with the DPP and KMT likely to remain having strong influence over third parties in the pan-Green and pan-Blue camps, respectively.

Likewise, the challenge of third parties is that they often are oriented around the political cults of personality of their leader figures, and sometimes they fail to advance beyond such political cults. The NPP was hampered, for example, by the actions of party leader Huang Kuo-chang, which eventually became a liability within the party because of Huang’s refusal to endorse Tsai.

That is, it proves a challenge for political parties of a certain size to develop party identities outside of their leading figures and a party apparatus that can call prominent politicians within the party to account--politicians originating out of third parties who become sufficiently large that they no longer have to rely on the party to provide their political identity prove unaccountable to the party and can break from it.

This was a challenge faced by the NPP and one expects it to be a challenge which will face not only the TSP regarding leading figures within the party such as legislator Chen Po-wei and chair Shinichi Chen, but also the TPP, given that the party is in many ways reducible to the political identity of Taipei mayor Ko Wen-je. The TSU and PFP has historically faced similar issues, regarding the leadership of the former by Lee Teng-hui and the latter by James Soong.

Like the Third Force, the TPP also claims to be beyond pan-green and pan-blue politics, but it is substantively speaking a pan-blue party. The majority of its politicians are drawn from pan-blue backgrounds and it has generally sided with the pan-blue camp in the past six months since 2020 elections in terms of its policy stances, particularly attacking the Tsai administration regarding its handling of the Covid-19 pandemic. The party’s poor performance in the August 2020 Kaohsiung mayoral by-election will prove an obstacle for the party, however. The party’s first attempt to run a mayoral candidate was not meant as a serious electoral run, but to test the waters for future electoral runs, but the TPP still performed worse than expected.

In this sense, as observed in the political trajectory of the Third Force and attendant developments, the future of third parties in Taiwan still remains highly determinant on the two-party system. One does not expect this to change anytime soon.

MOST POPULAR
Accessible, efficient and affordable