Who are Taiwan's 'First Nations' ?

Archaeologists’ contributions to the ongoing debate 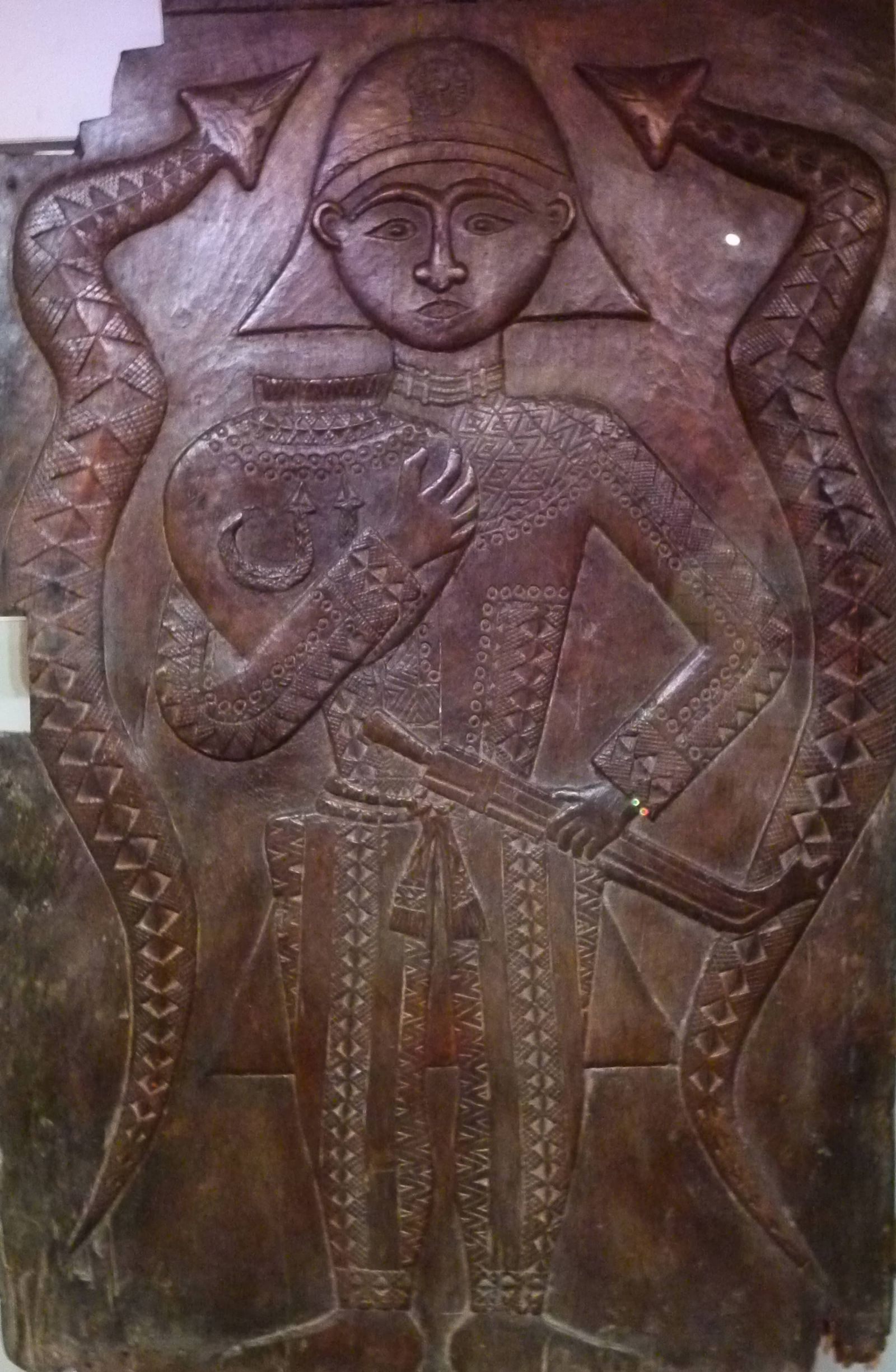 Taiwan’s history, in the narrow definition of ‘the study of human affairs from written texts’, dates back just a few hundred years to the large-scale immigration of Han-Chinese, Japanese, Dutch and Spanish in the seventeenth century.

The island was inhabited long before that, however, from around 30,000 years ago by pre-pottery Paleolithic peoples on the east coast; then by pottery and stone utensil-using Neolithic civilizations, firstly along the coastlines around 6,000 years ago and, from around two millennia later, in the high mountainous regions and throughout the island; then by peoples of the Metal Age from around 1800 BP (1,800 years Before the Present era, which archeologists define as starting in 1950) who made and used iron and bronze tools; and finally by the several dozen Austronesian-speaking ethnicities who welcomed, willingly or unwillingly, the arrival of the outside world with its fine ceramics, medical know-how and written words, as well as its guns and cannons, and thirst for furs, timber and arable land.

In the absence of written records, who these earlier people and what their relationships to each other were, are complex topics fraught with technical difficulties. Added to this, the political considerations and ethnological sensitivities that have seen indigenous peoples elevated from ‘uncivilized barbarians’ (生番) to ‘mountain people’ (山地人) to Aborigines (原住民; ‘original inhabitants’) keen to reclaim their own cultures--if not their ‘stolen’ lands--over recent decades, make this an area many academics are wary of entering.

“Yes, I am often criticised simply for saying what the archaeological evidence proves,” says Kuo Su-chiu (郭素秋), Associate Research Fellow at the Academia Sinica’s Institute of History and Philology, speaking of the task she faces when tightrope-walking between Han-Chinese hegemony on the one side and traditional Aboriginal legends and origin myths on the other.

In her 2019 book ‘New Frontiers in the Neolithic Archaeology of Taiwan (5600-1800 BP)’, Kuo presents the evidence garnered by linguists, anthropologists and archaeologists over the last century--including her own more than three decades of fieldwork--which has slowly pieced together an evolving story. This firstly explained the island’s prehistoric inhabitants as maritime travellers around Southeast Asia, but gradually honed in on influences from China, especially the southern coastal areas that are today’s Guangdong, Fujian and Zhejiang provinces. This is something she plans to expand upon in her upcoming project, which will complete the story from 1800 BP to the intersection of prehistory and history at the end of the 16th and beginning of the 17th centuries.

Sometimes these external influences were cultural, sometimes technical, and sometimes must have involved the migration of people. There has been at times a tendency, a temptation, among some academics in this wide-ranging field to assume each new development among Taiwan’s diversifying array of cultures resulted from the arrival of new groups bringing their unique customs and crafts with them.

But, while accepting that there would have been occasional infusions of new bloodlines, on the whole Kuo refutes this as a major factor, pointing to the inheritance and development of uniquely Taiwanese characteristics as evidence of continuous local evolution. Of particular note, she says, are the slab-build method of making pottery--by joining pieces of clay together rather than using coils--which was handed down for the best part of 5,000 years; the practice of tooth extraction, which was common to many groups; and especially the innovation and improvement of tapa beaters--a stone tool for making cloth from bark--which were found almost nowhere else until items and then the technology were exported from Taiwan.

“For the most part, all the diversification into the numerous local cultures with differing settlement patterns, manufacture of utensils, burial customs and so forth, as well as their various languages, can be explained as adaptations to specific circumstances and the selective adoption of outside influences,” Kuo stresses. “Although some of the intervening steps are missing from the archaeological record at present, these are clearly the result of gradual, or not always gradual, cultural evolution.”

One interesting example from her book is the discovery at a Shuntanpu Late Culture (訊塘埔晚期文化)  site of the Middle Neolithic Age (4200-3200 BP) in New Taipei City of traditional slab-build pottery that imitates the newly innovated potter’s wheel produce made in and imported from southern China. Local Taiwanese must have encountered these more advanced vessels, but lacked the technological know-how to produce them, so instead used string impressions around the apertures of their own locally made vessels to imitate them. It would seem that fake goods were made in Taiwan more than 3,000 years ago.

On the other hand, one of Kuo’s own research topics traces the origins of today’s Paiwan ethnic group (排灣族) back through the high-altitude villages in southeastern Taiwan that they were forced to abandon after over 1,000 years of continual habitation, to the prehistoric Paiwan Culture, and before that to Sanhe Culture (三和文化; 2300-1800) and Peinan Culture (卑南文化; 3200-2300 BP). She also undertook comparative research with the non-Han peoples living in southern China at that time, the Baiyue (百越; ‘hundred Yue’) peoples, and found that while many cultural characteristics were inherited by the Sanhe from the Peinan, she could only explain the appearance at that time of snake motifs on numerous tools, building structures and decorative items as indicating the immigration of people from today’s Fujian Province. The highly venomous hundred-pace snake (百步蛇) is still the Paiwan people’s totem to this day, and is venerated as representing their founding ancestors. 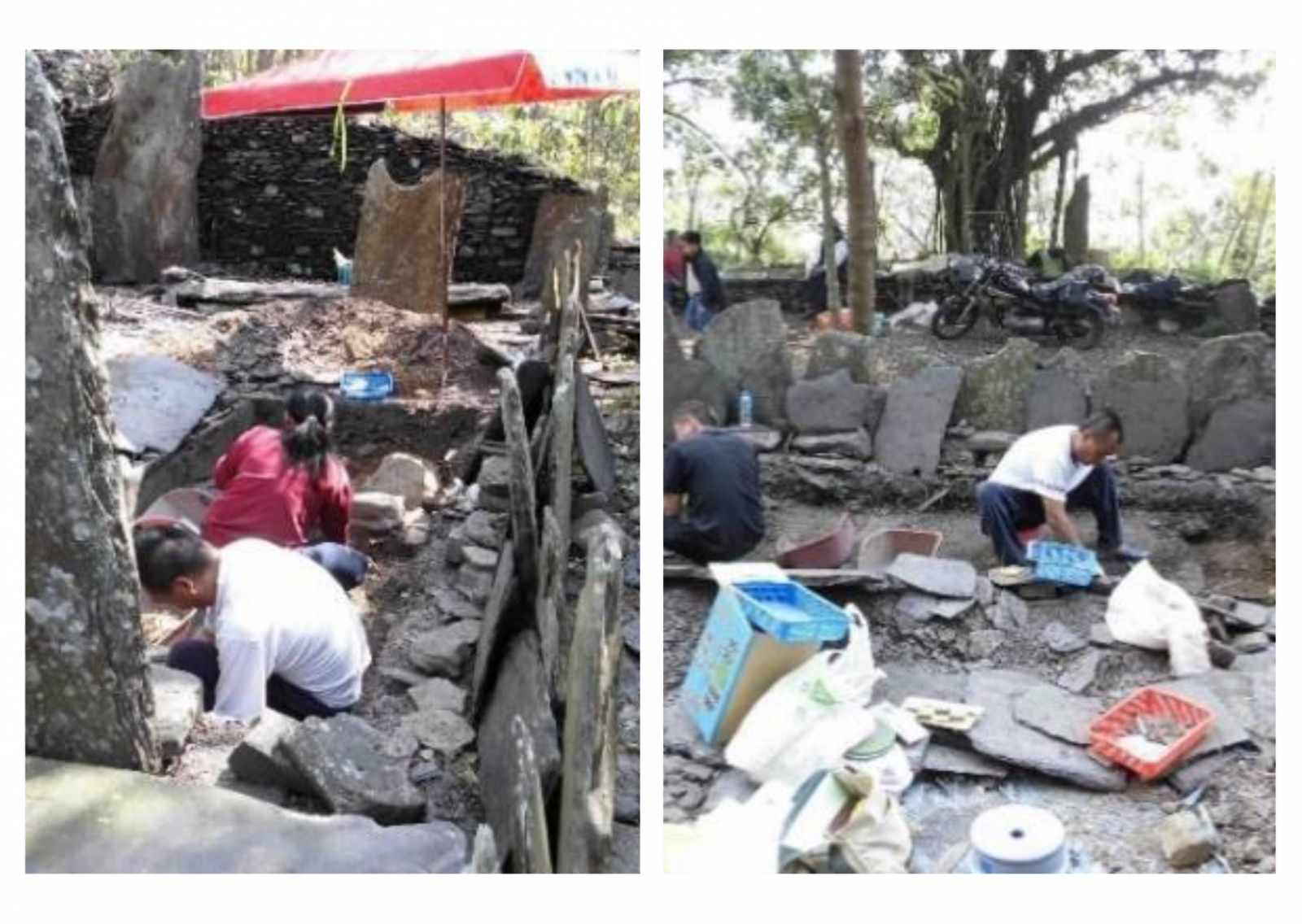 Despite including one example of genetic study in her book--of possible migration by ancestors of the Amis ethnic group (阿美族) from Taiwan to the Philippines, eastern Indonesian islands and Papua New Guinea-- Kuo does not expect DNA analysis to contribute much to the search for the origins of Taiwan’s prehistoric peoples and the relationships between them.

“What earlier linguists and anthropologists defined as distinct ethnic groups, archaeologists have discovered through analysis of their material cultures and lifestyles to be a much more heterogeneous situation. Clearly there was a great deal of intermarriage between the different groups, so DNA studies are inconclusive and result in conjecture, not reliable evidence.”

Her own research into 15th~17th-century sites on the Changhua Plain, for example, suggests more of a gradual spectrum of cultural change between the Fanzaiyuan Culture to the north and Favorlang to the south, rather than the distinct groups identified through language use by Dutch colonial administrators in the early historic period. Kuo also points to one adult female being buried lying on her front, Fanzaiyuan-style, among the several hundred foetal-position burials at the Shihsanhang Site in Taipei’s Bali District as possible evidence of an inter-ethnic marriage.

Kuo admits that, not only are many intermediate steps missing from the archaeological record--particularly between the Paleolithic peoples of 30,000 to 14,000 years ago and the Neolithic cultures starting around 6000 BP, which, she suggests, indicate there was no relationship between the two--but also that there will, no doubt, be many surprising discoveries in the future that will challenge some of their present assumptions. Nevertheless, she is confident that the current theories, of piecemeal migrations by Yue people from southern China--possibly due to population pressure but more likely moving on as Han-Chinese culture expanded inexorably southwards--followed by long periods of local development, are accurate.

“Do not be under any illusion that these peoples were primitive or stupid,” she finally emphasised. “That they didn’t adopt written script was a matter of choice. They would have been exposed to it for at least a thousand years. Other things were adopted to replace their own traditional utensils and technologies. Chinese ceramics pretty much replaced locally manufactured pottery for all the daily uses in the Paiwan abandoned villages, for example, and iron smelting and metal tool manufacture became highly popular, replacing stone tools in all except the most mountainous regions. That they chose not to adopt writing, and thereby prolonged Taiwan’s entry into the historic era, was because they saw no need for it.”

This, she says, should be considered another unique feature of the island’s cultural development.

Mark Caltonhill is a Taipei-based British writer and translator of academic texts.