The jury is still out on how much life will change when the pandemic is finally over but while we wait for a vaccine and effective treatments for Covid-19, businesses and consumers will have to find innovative ways to adapt 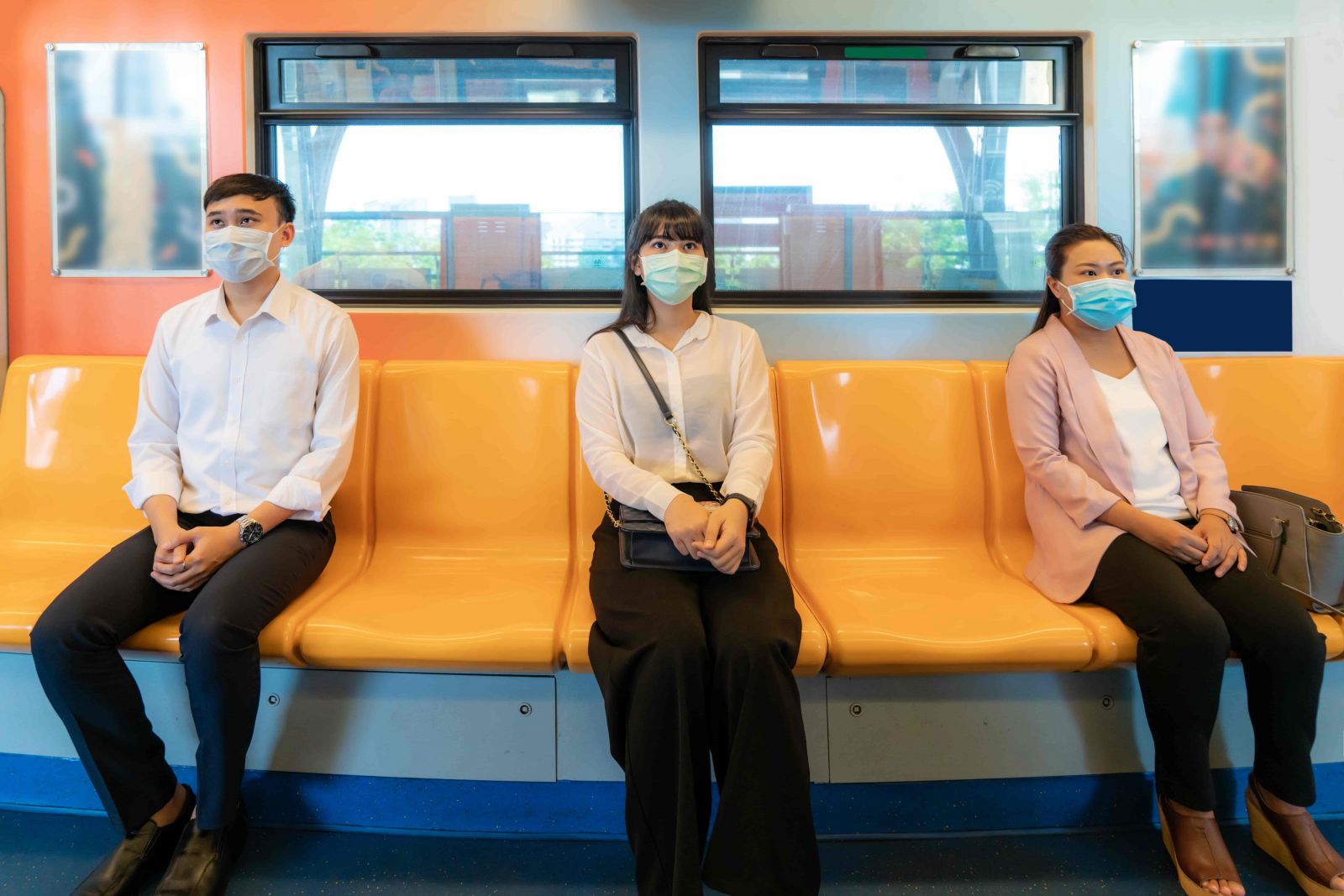 At an ECCT Premium Event lunch today, Deputy Minister of Economic Affairs, Wang Mei-hua, announced that on 7 June 2020 Taiwan authorities will remove the remaining restrictions now in place on the maximum number of participants that may attend art, culture, dining and other recreational activities. Provided that there are no further incidents before then, 7 June would mark the 56th consecutive day without locally-transmitted cases of the coronavirus. That would be equivalent to four times the assumed length of the virus’s maximum 14-day incubation period and, by the government’s analysis, about as safe as can be given the pandemic situation globally. Assuming things go smoothly, by lifting the last remaining restrictions on the holding of large gatherings, Taiwan would be in the enviable position of having reverted to as close to normal as possible. Should this happen, situations like Taiwan’s are probably about as good as it is going to get for the foreseeable future. But it will not be normal and no one knows how long the temporary abnormal will last.

In a previous article, I speculated that, while causing mass disruptions and damage in the short to medium term, the impact of Covid-19 will not be lasting and that things will revert to the status quo ante when the pandemic is over. Of course, we will have to wait until after the pandemic is over to make a final assessment. And the pandemic cannot be considered to be over until there is an effective vaccine or treatment that is readily available across the world. Estimates vary as to how long this will take, but even optimistic scenarios predict a vaccine will not be available until early-2021 and most are later than that. Even if there is some kind of medical breakthrough in the near future, it will probably take years to ramp up production to a scale needed to vaccinate the world’s seven billion people or, albeit on a smaller scale, for an effective treatment to be produced in sufficient quantities to give to all infected patients. In the meantime, we are all going to have to get used to what The Economist has called the 90% economy, whereby almost all sectors of the economy will see a slowdown and some may even disappear, if not forever then at least until the pandemic is truly over.

Based on the views of representatives of European chambers of commerce in the Asia Pacific region as expressed in this week’s regional EBO webinar, business people operating in Australia, China, Japan, Taiwan, Malaysia and Singapore all expect sharp contractions in their businesses in the first half of 2020 and a bounce back towards the end of the year and 2021.

Simon Crean, Chair of the European Australian Business Council, cited estimates for a GDP contraction of around 7% in 2020, the first contraction in Australia after more than 20 years without a recession, followed by 6% growth in 2021. Aspects of trade, such as iron ore exports, are expected to hold up but education, another important sector of Australia’s economy, is expected to take a huge hit given travel bans on foreign students. The outlook also depends on how Australia’s relations with China develop, since China is Australia’s largest export destination. 90% of businesses in Australia are expected to feel an impact.

Carlo D’Andrea, Vice Chair of the European Union Chamber of Commerce in China and Chairman of the EUCCC Shanghai, noted that China is ahead of the rest of the world in dealing with the pandemic. According to his assessment, 95% of business operations are back up and running. However, things are not yet fully back to normal. In particular, since 28 March, China has temporarily closed its borders to foreign nationals. A more important point though is that China, like other export-driven economies in Asia, including South Korea, Malaysia and Taiwan, will take a huge hit from the drop in demand it its major export markets.

This was a view backed up by Michael Mroczek, President of the European Business Council in Japan, who noted that companies like Toyota, which is a large exporter, have been especially hard hit during the lock-down in many of its target markets. Meanwhile, the postponement of the Olympic Games by a year has also had a big impact as it had been an economic growth driver in Japan until the announcement earlier this year that the games would be postponed until 2021.

Even though Taiwan has been extremely successful in dealing with the pandemic at home and the impact on business in Taiwan has therefore been limited so far, it is inevitable that the economy will take a hit. Some manufacturers where demand remains resilient overseas will survive intact. For example, those providing ICT equipment and services for the digital economy have seen robust demand on the back of the switch to working and studying from home. However, even for this sector, there will eventually be a saturation point. Once everyone has all the hardware and software solutions in place for video conferencing, cloud computing and online commerce, they will be in need of another growth driver.

Then, there is the overall hit to economy from less activity. Until people feel safe enough to carry on as they did before the pandemic, there will be less of just about all activity that involves human interaction and people will be more cautious about spending. The Financial Times reported this week that savings rates in four of Europe’s five largest economies rose sharply to well above long-run averages in March, according to recently published data from the European Central Bank and the Bank of England. According to the FT report, French savers put aside nearly €20 billion in March, well above the long-run average monthly change in bank deposits of €3.8 billion. Separate figures from the Banque de France show that by mid-May, the total had risen by more than €60 billion since the country’s lockdown began. Meanwhile, Italian savers put aside €16.8 billion in March, compared with a long-run monthly average of €3.4 billion, while Spanish households saved €10.1 billion, up from an average of €2.3 billion and UK household bank deposits jumped by £13.1 billion in March, a record monthly rise, according to the Band of England. All this extra savings mean less economic activity, and more pain for businesses catering to consumer demand. Those most exposed to consumer demand will have no choice but downsize or shut down permanently.

Another aspect of the temporary abnormal is that global travel has been largely shut down. This means that the travel and hospitality sector will have to go into hibernation, downsize, adapt to catering to local tourists or a combination of the three. Even when some air travel resumes, there are likely to be strict conditions in place, making what used to be routine trips cumbersome and time-consuming. In today’s lunch, Deputy Minister Wang spoke about some case-by-case exemptions to business travellers to the official 14-day mandatory quarantine requirement currently in place. She also expressed openness to the idea of travel bubbles (whereby travel will be allowed to and from low risk countries). However, without standard rules and a relaxation of quarantine requirements, few people are likely to volunteer to travel unless they really have to.

In the meantime, some businesses, even those in the hardest hit sectors of the economy are coming up with innovative ways to continue or resume their business. It may well turn out that some of these innovations become so popular that they will survive beyond the pandemic. Moreover, if the lessons on personal hygiene and social distancing become part of the new normal, it may actually make our social interactions more pleasant.

During the panel discussion of the EBO webinar, Carlo D’Andrea noted that social distancing and other good habits are keeping infection rates low in China. Even when it’s not mandatory to do so, people are wearing masks and practicing social distancing. This is similar to the response seen in Taiwan. Despite some reticence, even on the part of healthcare officials, as to the effectiveness of face masks against the coronavirus, wearing them appears to have been effective in keeping infection rates down in Taiwan, China and elsewhere. Even New York governor Chris Cuomo has also recently alluded to their effectiveness in allowing business owners to refuse people not wearing masks entry to their premises. Moreover, people have become much more conscious of hygiene, washing their hands frequently and wearing masks in crowds. Restaurants in Taiwan have installed plastic dividers and spaced tables further apart than usual.

The same thing is happening in Europe as lockdowns are being eased in several countries.
Pret A Manger sandwich shops in London were reopened a couple of weeks ago but with new social distancing measures, allowing only five or six people inside at a time and putting perspex screens in place to separate customers from staff and markings on the floor to signal how close people may stand. Burger King and KFC also opened some of their UK restaurants for takeaway and delivery, with similar measures in place to adhere to social distancing and stricter rules on cleanliness. If cleaner and less crowded public venues become the new norm, that surely would be something to celebrate.

Italy, Spain and Greece have all announced that are preparing to open their countries for the summer tourism season. But those brave enough to venture out for a Mediterranean beach holiday may find the experience nothing like their previous holidays. Besides the hassles of getting a flight, probably having to get a coronavirus test in advance, and going through what is likely to be an arduous and time-consuming check-in and boarding process, the experience at their destination may not be as pleasant. Travellers will likely have to put up with tracing, hygiene and social distancing measures in place everywhere. Just like in their own countries, having to have your temperature taken and leaving your name and phone number whenever you visit a restaurant, gym or other public facility is likely to remain the temporary abnormal for the foreseeable future.

No one can predict when or even if the pandemic will end. Until we have an effective vaccine or treatment, we will all have to live in a society where interaction is more restricted and an economy that is not firing on all cylinders. In this environment, businesses will need to adapt in order to survive and prepare for the day when things do eventually return to normal.