When the SARS virus struck in 2003, commuters and travellers jumped off public transport in droves. Now, under the threat of coronavirus, the same thing is happening. Data collected daily from various mobile phone apps since January show a large and consistent drop in the number of passengers using the network. 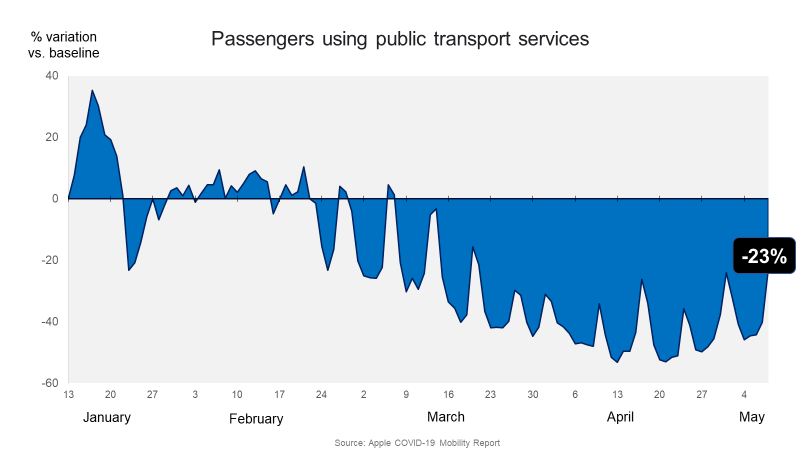 After Chinese New Year and for most of February, passenger levels remained stable, but after that numbers dropped sharply, once the severity of the outbreak started to become clear and the CECC began issuing specific guidance to the public on how to behave to minimise the risk of community transmission.

Figures from Moovit (www.moovit.com) which cover just Taipei, show the population here reacted much more quickly and buses and the MRT lost around a quarter of their passengers almost immediately and more thereafter. By the beginning of April, half of bus and MRT users in Taipei had given up taking public transport in favour of more private methods, spurring a boom in sales of cars and scooters, particularly electric two-wheelers.

Now the overall situation seems more stable, with imported new cases at or near zero each day and no signs (yet) of community transmission, so the CECC is relaxing some of the restrictions on going out, albeit very cautiously (such as allowing limited numbers of spectators at baseball games, encouraging municipalities to open up community facilities etc.). As a result, there are the first signs of public confidence coming back and early indications of a pick-up in passenger volumes for public transport. Moovit has seen a 10-point improvement in Taipei since the end of April and Apple Mobility is reporting a similar rise islandwide. It remains to be seen whether the momentum is maintained as it is still very early in the context of the pandemic globally to be thinking of recovery and second, third, even fourth waves of infections are likely. In that case, it would be necessary to tighten up restrictions on movement, which would inevitably hit the transport services again. Once we do get towards the end of the crisis, it will take some months for people to go back to their old habits, assuming they do not find the independence offered by their newly acquired vehicles impossible to give up. Experience in the wake of SARS was that passenger volumes returned steadily over a period of four months.

Google’s smartphone mobility app offers additional insights into public behaviour and their attitudes towards the risks posed by Covid-19. Even without a mandatory lockdown and while most shops, restaurants and bars are allowed to remain open, people have taken it upon themselves to spend less time mixing with others in social settings, having a damaging impact on the food and beverage industry and on parts of the retail sector. 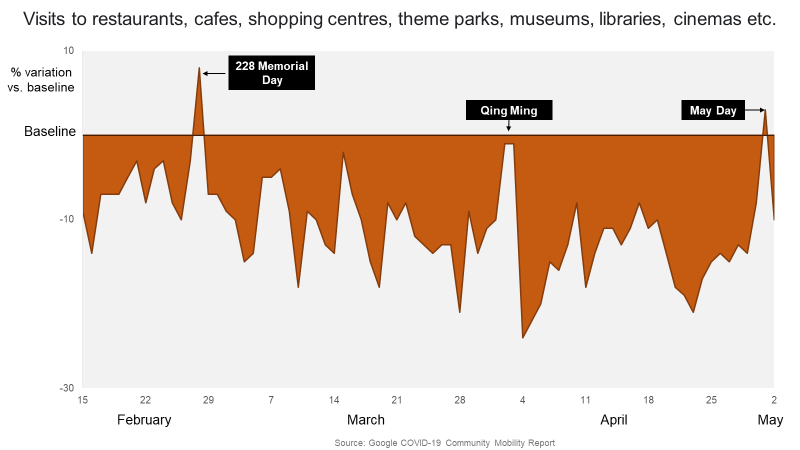 Google’s data show that the decline in visiting indoor locations is less marked than the extreme drop in public transport use, but it is consistent since the start of the crisis, with the exception of the three public holidays, when people were a little more prepared to take a chance.

When it comes to outdoor activities, it is a different matter altogether. Much of the population clearly feel much more confident about their health and safety and, when the opportunity presents itself, lots of us are getting out into local parks, scenic areas, going to the beach, hiking and so on. The rush to get out over the Qing Ming festival prompted the CECC to issue two emergency alerts, urging restraint, requesting responsible behaviour and encouraging people to keep away from overcrowded locations, fearing that large groups in close proximity would lead to local transmission clusters. Fortunately, that did not happen and, from the Google Mobility Report, we can see how much people are continuing to enjoy the outdoors, with spikes in activity not just on holidays – 228 Memorial Day, Qing Ming, May Day – but also on regular weekends. 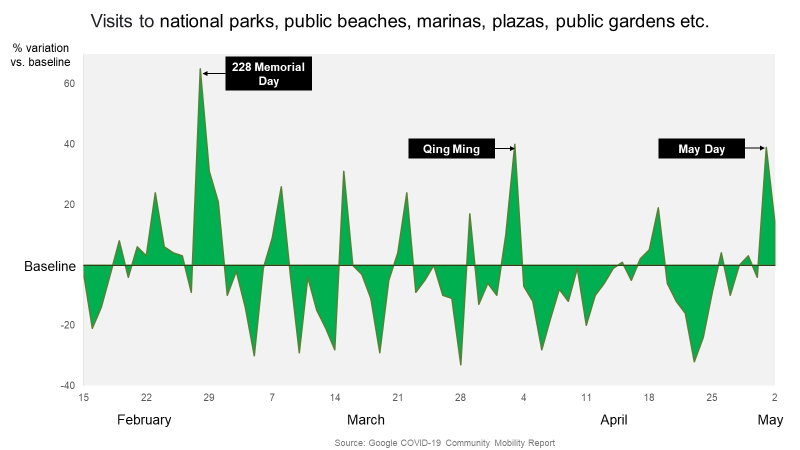 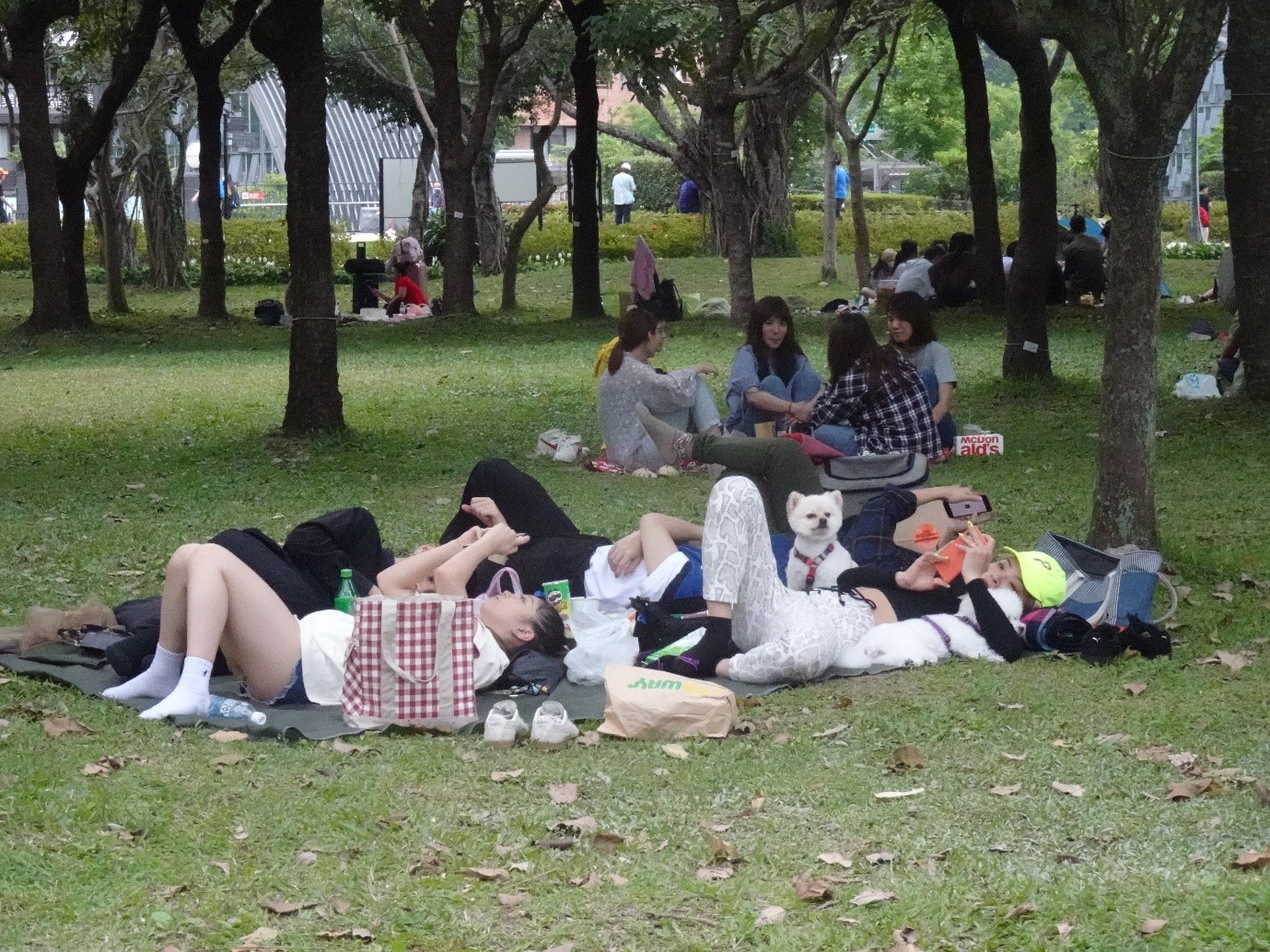