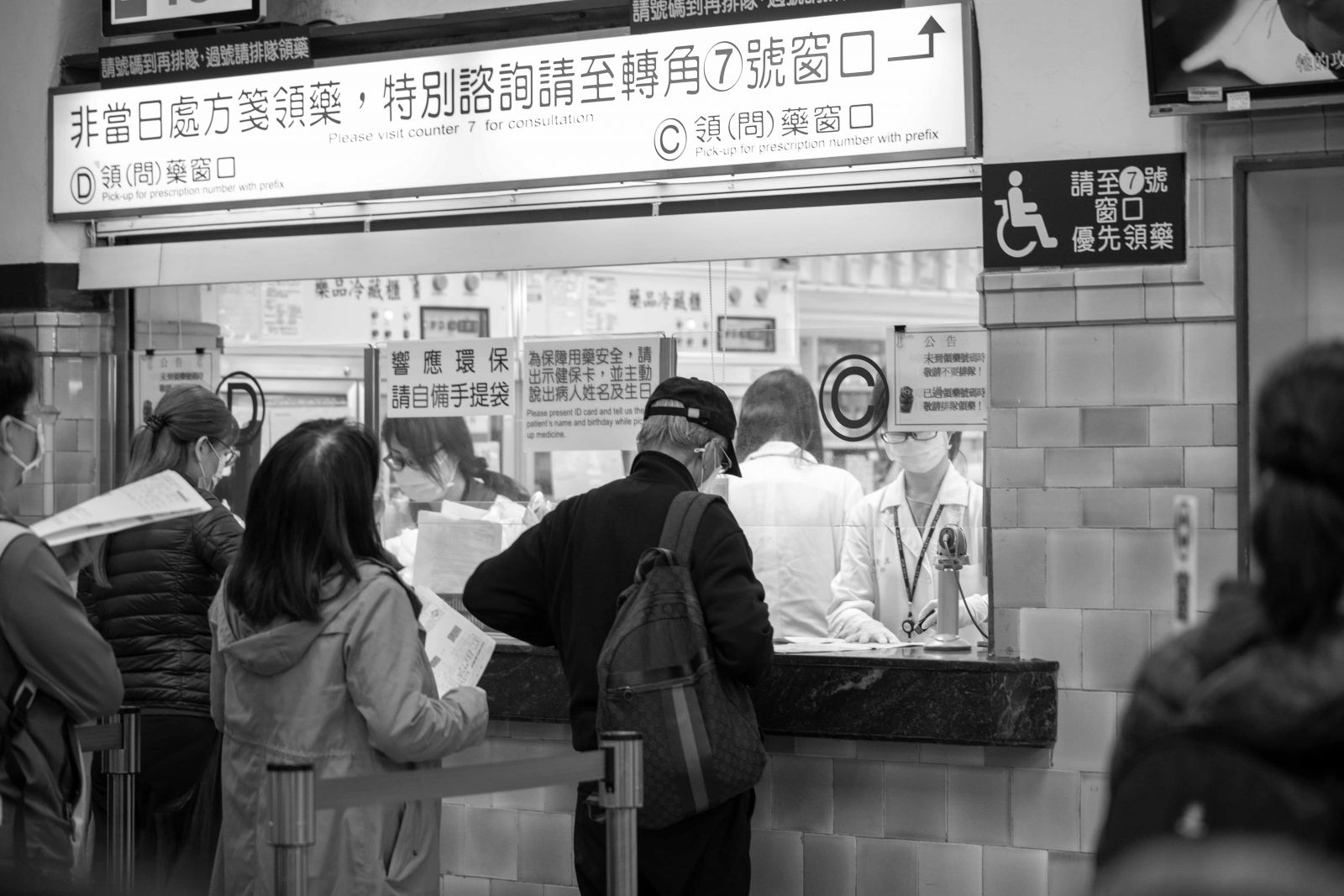 While the majority of foreigners who have experienced Taiwan’s healthcare system give it high praise and agree that it deserves its strong global reputation for a variety of reasons, they have also discovered that, like any system, there is a mix of benefits, challenges and differences to be aware of when seeking medical attention in this nation.  It also helps to have realistic expectations about the care they will receive, as good as that generally is.

Non-Taiwanese don’t have to look very hard to see the comparative advantages that local healthcare offers. Chrissy Wang, chief strategy officer for Taichung’s Kuang Tien General Hospital (KTGH), has had plenty of opportunities to compare Taiwan’s system with the American one, thanks to experience working at Boston Children’s Hospital and Tufts Medical Center and an MBA in Healthcare Management from Brandeis University.  She says that Taiwan’s main advantages for foreigners are accessibility, efficiency and affordability.

“It’s about being able to get an appointment. In Taiwan, you can see a doctor immediately, on the same day. In the US, after you see your primary care doctor, it might then take you three or four months to see a specialist. In Taiwan, you can see a specialist on the same day, or at least in the same week, in the same hospital,” she says. “It also doesn’t matter how rich or poor you are; you can also see the same doctor. That’s the amazing part of Taiwan’s national health system’s equality.”

She points out that this Taiwan advantage has extended to include Covid-19 testing, noting that a friend recently had significant difficulty and delays scheduling testing in New York City despite calling a Covid-19 hotline and the fact he was displaying coronavirus symptoms.

Affordability is easily one of the top reasons many foreigners, particularly westerners, enjoy healthcare on this island, thanks in large part to the National Health Insurance Administration (NHIA) programme. Even when foreign visitors and “medical tourists” not covered by NHIA pay in full, Taiwan’s costs are quite low. KTGH’s International Health Services Center, created to provide special services to foreigners, offers comprehensive full-body health exam packages using state-of-the-art equipment for US$500-1,000, but these would cost at least twice that amount in the United States, according to Wang.

However, there is also a price to be paid for the local healthcare system’s top attributes.  Taiwanese doctors may be required to see dozens of patients in a single morning, severely restricting the time they spend with each person. This heavy patient load is considered a direct result of the ease and affordability of Taiwan’s system, making it subject to overuse and abuse. As Wang points out, the average Taiwanese person visits a doctor 11 times per year, versus 1-2 times for an American.

Mark Chan is programme director for Jen-Ai Hospital’s International Patient Center—which to date has served over 32,000 international patients from 117 nationalities since it was founded over 16 years ago in Taichung—and says that foreign patients who expect they’re going to get perhaps 30 minutes with a doctor quickly find this isn’t the case.

“Some foreigners have the misconception that they’ll be treated differently from a local person but the doctors and nurses will treat them like any other patient, which may be hard for some of them to accept. The system here can be quite different from [foreigners’] home countries. You’re kind of like a number and the doctor will see you quickly, be very direct and spend no time on chitchat,” he explains.

Related to this is the different doctor-to-patient dynamic that many foreigners—westerners in particular—often notice when interacting with Taiwanese doctors, who are used to be passing down diagnoses, treatments and medications without being questioned, challenged or giving detailed explanations. Wang says that this traditional attitude can appear arrogant to foreign patients who may show up with a lot of “homework” on treatments and medications. Nevertheless, both Qiu and Chan add that this appears to be changing among younger doctors as their local patients are increasingly like their foreign counterparts.

“Younger Taiwanese are starting to do research on their own and question doctors, so doctors are getting used to the idea that not everything they say is going to fly, and that patients may question their directions and advice,” notes Chan.

At the same time, the national healthcare system’s very positive reputation for affordability among foreigners may leave many of them unaware that it does not cover all their costs and has distinct limitations that should be considered, particularly when it comes to international residents who do not receive additional health insurance from their employers and/or plan on living in Taiwan long-term. Prudential Life Insurance Co. of Taiwan Assistant Manager Lisa Qiu has extensive experience selling policies to resident non-Taiwanese and frequently helps her clients as they navigate the local healthcare system.

She notes, for example, that while most foreigners strongly prefer a private hospital room, the NHIA will only cover a shared 4-8 person room. This extra out-of-pocket charge can start from about NT$4,200 per night in Taichung and NT$6,000 in Taipei and if cheaper rooms aren’t available, this price can easily skyrocket to NT$16,000 per night.

Qiu points out that the NHIA won’t cover elective treatments (including giving birth) and preventative medications. Even in non-elective situations it will not necessarily cover all costs for treatments and medications, being very specific about what qualifies for coverage or not.

For such reasons, Taiwanese hospitals have made it a standard practice to present patients with lists of upgraded non-NHIA medicines and equipment that they can opt to pay for themselves. Qiu experienced this first-hand recently when she underwent surgery and paid NT$2,000 extra for a less uncomfortable and abrasive silicone breathing tube over the standard NHIA-covered plastic one.

Other examples include a foreign client who required a breast cancer medication, costing NT$1,500 per dose, twice a day but found that the NHIA would only cover this for patients with Stage 3 cancer and not Stage 2. Yet another client was involved in a bad accident that completely fractured her right leg. Her total bill after 11 days in the hospital came to about NT$128,000, of which she had to cover almost NT$89,000 in non-NHIA expenses such as a private room and special surgery and post-surgery medical items.

As Qiu reminds her clients, such costs can add up quickly, making additional non-NHIA insurance extremely important. Such policies can also cover income-loss replacement during hospitalization and the hiring of a full-time caretaker (at least NT$2,400/day in Taipei) to help those receiving in-patient care in a variety of tasks, from using the bathroom and other physical assistance to buying outside food and running errands. Such basic assistance—commonly provided to hospitalized Taiwanese by family and friends—is often not factored into medical planning by foreign patients but underlines some of the differences that westerners in particular may experience when it comes to a Taiwan hospitalization.

Qiu says that underpaid and overworked local nurses certainly take care of their patients but regularly deal with staff shortages that restrict their response and care time. Wang agrees with this assessment, noting that the patient-to-nurse ratio is much higher in Taiwan than the US.

“You’re kind of expected to get outside help [when staying in the hospital] in Taiwan as nurses try to stick to dealing with more medical-related needs, due to their heavy patient load,” adds Chan.

One even more traumatic eventuality not covered by the NHIA that longer-term foreign residents need to consider is special medical care necessitated by a serious accident or debilitating medical condition. Qiu notes that such expenses can easily run into the millions of NT dollars for those lacking additional insurance, as has been the case for numerous foreigners in Taiwan over the past decade or two.

In recent years, she has been involved with Haxstrong, a local registered charity specifically founded in 2010 after a South African Kaohsiung resident Gregg Haxton was almost killed in a motorcycle accident, spent two months in a coma and woke up not knowing who he was. His friends rallied to pay for his significant medical bills and began a movement named after him. Later, after fully recovering, Haxton made it his life mission to support the organization (now serving as its vice president) which continues assisting foreigners who have experienced serious accidents, illness and other challenges, including legal and immigration related difficulties.

Haxstrong President Shaun Bettinson, a UK citizen who has lived in Taiwan for 16 years, says that his organization deals with two to three more serious medical-related cases per year where it publicly assists foreigners in fundraising—usually by publicizing local fundraising efforts or offering advice on setting up crowdfunding platforms—to cover expenses related to serious accidents or unexpected illnesses, ranging from cancer to strokes. Sometimes this involves assistance to individuals who are facing significant bills but are unable to work because of their condition. Haxstrong will evaluate the overall situation, including the person’s existing resources and physical and financial needs, and in many cases help resolve issues by providing advice on available options, such as negotiations with hospitals on the repayment of bills.

Much more mundane, but perhaps the single biggest challenge for foreigners using the Taiwan healthcare system, is the communication barrier, according to Qiu. This ranges from a limited ability by doctors and nurses to discuss medical conditions and explain treatments and medications to simply providing comfort and reassurance. This and other related challenges are reasons that a significant number of hospitals around Taiwan have set up special centers for international patients over the past decade or two.

According to Chan, Jen-Ai Hospital’s International Patient Center was founded out of an understanding of the difficulties for foreigners seeking medical care in other countries, including language barriers. Thanks to volunteer translators (including many former patients), he says that with advance notice the center can provide assistance in at least a dozen languages, with patients from Japan, Indonesia and Vietnam among its largest number of users besides English speakers. He describes its assistance as “hand-holding” for foreigners during every step of their medical process—from doctor visits to the translation of medical documents for future use—until they feel comfortable with what is usually a very different system, adding that these services are provided for no extra cost.

KTGH’s International Health Services Center, now almost a decade old, was originally focused more on offering VIP-style self-pay services to foreign “medical tourists”. However, Wang says that its scope started to broaden as she witnessed foreign friends and acquaintances experiencing difficulties navigating Taiwan’s healthcare system, from websites to language barriers. Today, about 80% of her center’s patients are Taiwan-based foreigners, who still pay just a standard NT$100 registration fee when they show up. The center also assists foreigners in making appointments, which can be difficult at regular hospitals because of language challenges and ignorance about what doctor they want to see. “We’ll choose the right doctor and one with better English and do all the ‘homework’ for you. We also escort patients and help translate,” she says.

Whether foreign patients use one of these specialized centers or not, Wang believes that most of them come away with positive impressions and experiences when it comes to both in-patient and out-patient care, with the efficiency and affordability factors making the biggest impression.

“I think it’s a fantastic system. I’m sure there are some issues but the services Taiwan provides are very good, especially the speed at which they provide them,” agrees Bettinson, noting that he can get access to a specialist in a week or less in Taiwan versus up to six months in the UK. “Access to healthcare in Taiwan and what it delivers is very, very good.”

Combined with the nation’s recent globally publicized success in combating Covid-19, the well-earned reputation of Taiwan’s healthcare system looks like it will continue to win admiration and fans from around the world.