As Taiwan closes its borders to foreign nationals during the current global coronavirus outbreak, those hoping to put roots down in Taiwan have their plans upended, and face uncertain futures 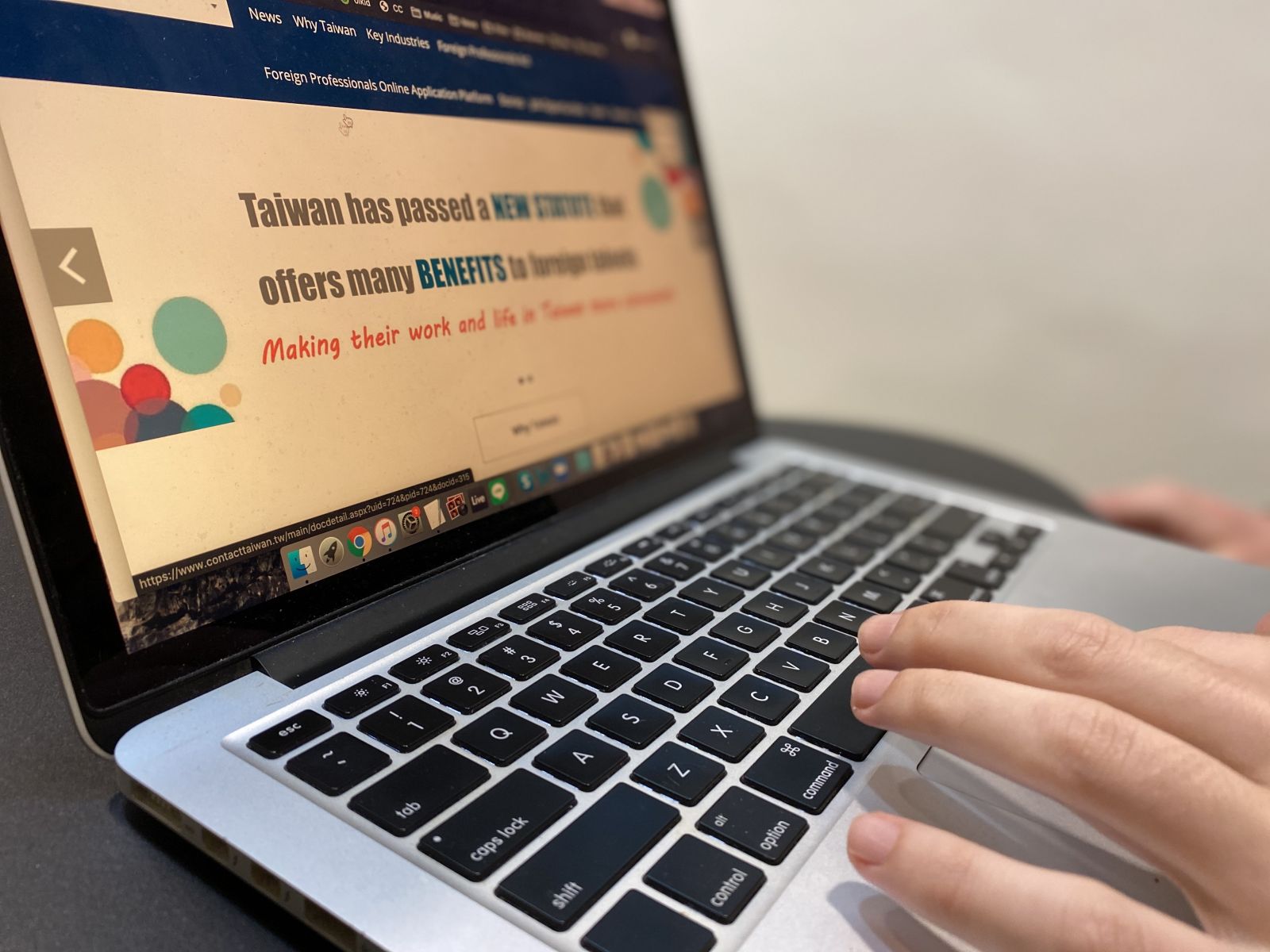 Paul* may be in home quarantine, but he’s never been happier to be home. It’s a small price to pay, just to be let back into the country in which he has now resided for almost three years, albeit without valid residency.

The software engineer and budding entrepreneur leaves and re-enters Taiwan every 90 days, armed with a French passport that should, by now, have more than ten entry stamps for Taiwan. On a normal day, resetting the visa-exemption clock is business as usual; in the midst of a global pandemic and tightening borders around the world, it’s a race against the clock – as Paul, and countless others who live in Taiwan unofficially, were shocked into finding out on 18 March, when the Bureau of Consular Affairs announced that foreign nationals would be barred from entering the country, in a bid to stop the spread of the Covid-19 coronavirus.

When he flew to Okinawa for a one-day visa run, he hadn’t foreseen the panic that was to come.

“I bought my ticket for the 18th, back on the 19th in the afternoon, thinking things cannot change that fast,” Paul says. But, incredibly, they did. He arrived, headed to his hotel and took a nap – only to be woken up by a phone call by his girlfriend in Taipei. A border closure announcement had just been made.

“She told me that Taiwan is going to block foreigners from coming in. We didn’t know if it would be the day after – so, the 19th or 20th. The information was really sparse. You just had the CDC speech, so that was the only set of information we had,” he says.

“I couldn’t eat because I was so stressed. The thing for me is that if I couldn’t come back to Taiwan, that would mean going back to France. I have all my stuff here. And I’m not from Paris in France, so I’d have to take the train, but the trains are stopped as well.”

Booking a new flight for the next morning, Paul managed to get out of Okinawa and back into Taiwan, though only by a whisker.” The plane had only six people, but the six people were doing visa runs as well,” he says. “Everybody was super stressed out.”

Beyond Paul and the six people on his flight, many others were grappling with their own uncertain futures on the ground, at Taipei's Bureau of Consular Affairs office. 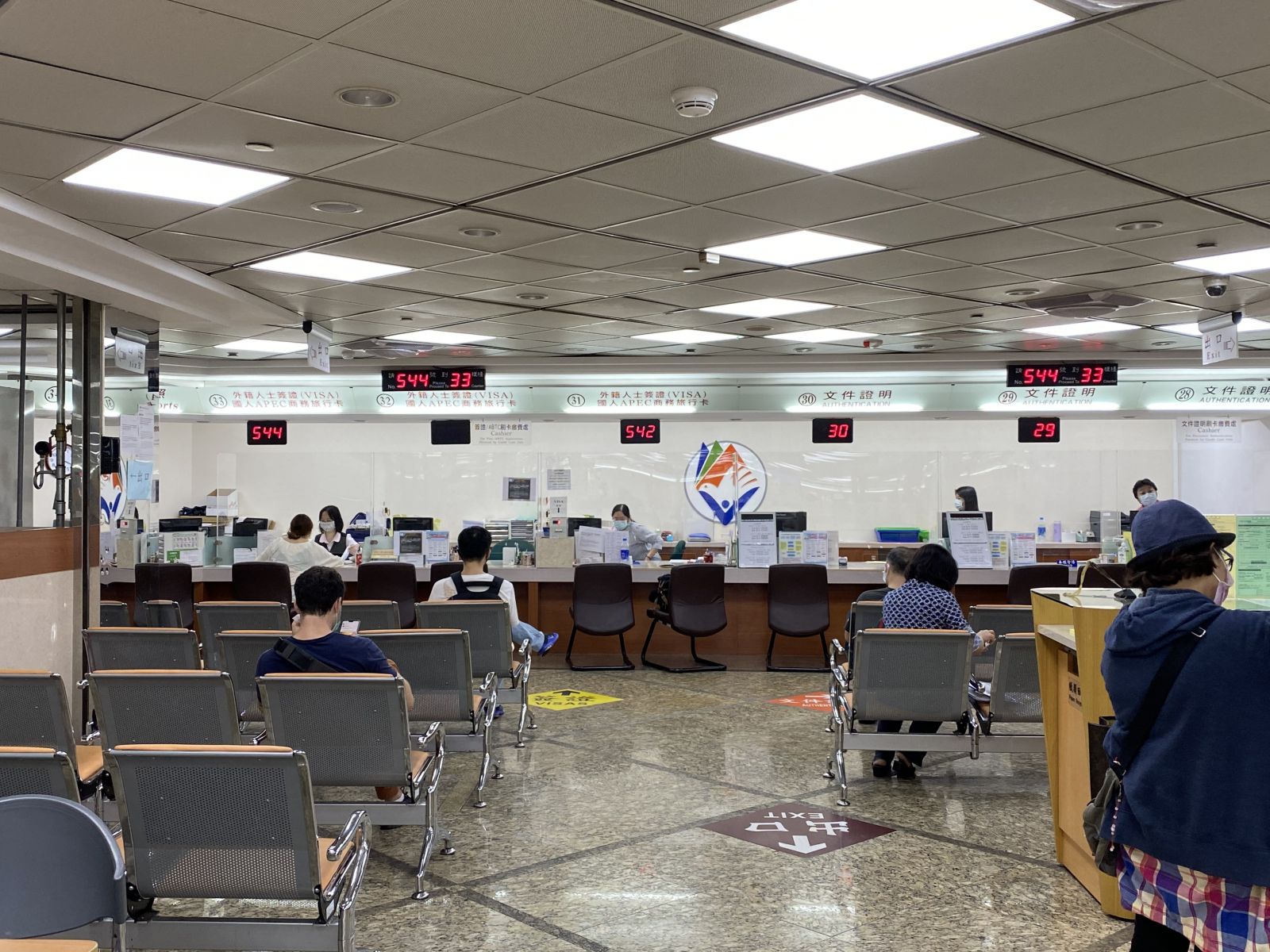 “I arrived in the afternoon the day of the announcement with 105 people in line ahead of me, and more coming in,” says US national Chason Dailey. “This border closure definitely shocked a lot of people.”

A job seeker who had previously studied Mandarin in Taiwan, Chason is just one of many caught in the sudden upheaval to everyday life that the Covid-19 pandemic has brought about. He had arrived back in Taiwan, visa-exempt, just as Lunar New Year was coming to an end – and when news of a virus from Wuhan emerged. While the first wave of panic had stalled his job hunt, he was prepared to “proceed cautiously” when things began to lighten up.

Convenient as it may be, the current Covid-19 pandemic has shown that living in Taiwan 90 days at a time is a double-edged sword.

Mark Hsu, a venture capitalist and founder of 11th Fleet, a company that helps local startups and foreign entrepreneurs establish their businesses in Taiwan, cites an ‘internationally mobile’ crowd as that which is most affected, including business people, artists, retirees, and more – but especially younger people who may be overconfident in their ability to jet around.

“It could be that at that stage in your life, you don’t think about these things: residency and how that connects to your ability to receive government protection,” he says. “But in times like these, the importance of residency and access to public services – for example, healthcare – become self-evident.”

Outside of the United States, Chason Dailey had only lived in China prior to this, a country with “very stringent visa policies for everything”; Taiwan’s 90-day visa exemption was something he was new to, but thankful to have for the purpose of seeking employment. He did not anticipate that it could potentially thwart his plans for settlement.

“Perhaps there are people who have a heightened sense of the quick ways in which things can change, but it has been a very constant learning experience for me,” he says. “In the best of times, it’s a very convenient tool, but in a situation like this, it really calls to light exactly how ephemeral, fleeting and flimsy that sort of living situation is.”

Navigating through the intricacies of visas in Taiwan can often be obfuscating, in part due to a lack of information, as well as missing links in the bureaucratic chain. Prior to the border closure, Chason had begun looking at possible options to extend his stay. He had stumbled upon a job-seeking visa, something he hadn’t realised existed, but something that also confused the consular officer he spoke to.

Though he is thankful to have been helped by many patient and understanding government employees, his entire visa process – from documentation requirements to even just knowing who to speak to – has been a little “cumbersome”. “Just more streamlined, clear information alone would be very, very helpful,” he says. 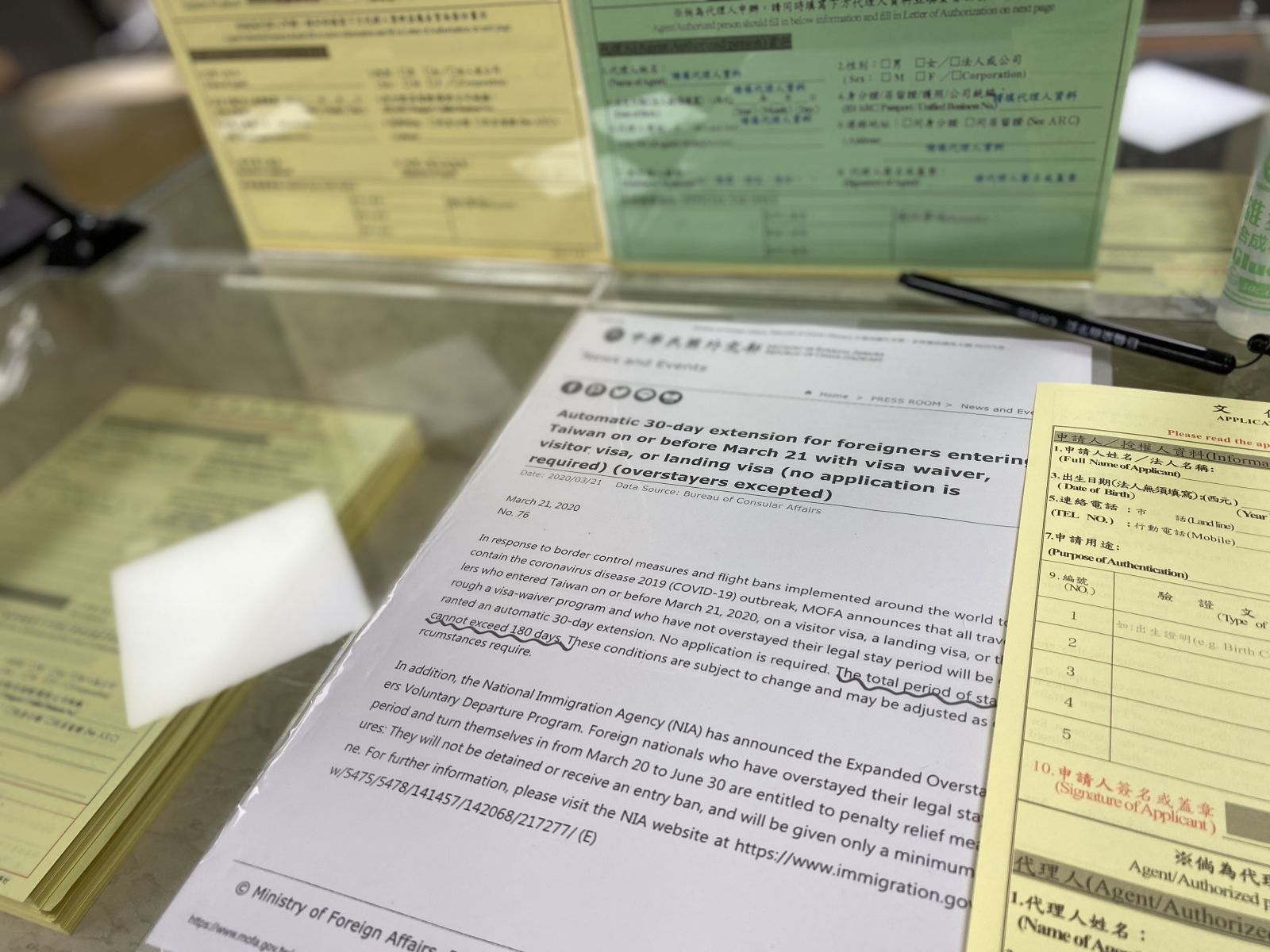 The job-seeking visa, along with the coveted ‘Employment Gold Card’ are part of the Act for the Recruitment and Employment of Foreign Professional Talent, implemented back in 2018. The new, relaxed regulations for foreigners seeking to live and work in Taiwan reflect broader efforts by the government to curb the ‘brain drain’ and attract talented individuals in fields ranging from arts and culture to science and technology.

Paul thinks that the ‘Employment Gold Card’ was made for people like him – those who have highly sought-after skills and are increasingly more mobile. Having been issued to almost 600 individuals since its introduction, the ‘4-in-1’ card gives the recipient the right to not only legally reside in Taiwan, but also offers both multiple entry and open work permits.

As a software engineer, Paul is aware he may be able to qualify for it somewhere down the line, but in the midst of establishing his own company, he has not always been able to justify the minimum monthly income of NT$160,000 – one of the primary requirements of the gold card.

“I’m freelancing for a company I’m creating. I’m not working for other clients,” he says. “I had moments at that level, but it’s just not a full-time job, where I can say, every month I earn this.”

With business partners based in France and Canada, he hopes to eventually establish the IT part of the business in Taiwan, and recruit a team of local programmers.

“If this company works, I would become an employee of my own company. Now we’re still looking for funds, but obviously everything is on slow-down because of the virus.”

According to Paul, 90-day visa exemptions have worked out for him so far, simply because there are no questions asked and “no strings attached”. However, his recent experience has made him reconsider his visa status, or lack thereof.

“I realise that the lifestyle I have right now can basically just fade in an instant. If they say no, then that’s it.”

Similar sentiments have frequently been voiced by ECCT members. Attracting and retaining the talent that is necessary to ensure vibrant economic development is a problem facing both international and local companies operating in Taiwan. In the ECCT’s 2020 Position Paper, the Human Resources committee pointed out that the Act for the Recruitment and Employment of Foreign Professional Talent, while well-intentioned, has provisions that are actually conservative while the criteria to qualify for the gold card are excessively high. If Taiwan is to succeed in attracting the best and the brightest, the HR paper recommends simplifying the act and related regulations and adopting an Asia Pacific regional view, that takes into account the conditions and benefits offered by Taiwan’s regional competitors (especially Hong Kong, Singapore and South Korea).

For now, Taiwan has put into place automatic 30-day visa extensions for foreign nationals who entered the country before 21 March – a band-aid solution for Paul, who now has four months to find a viable way to stay in Taiwan, or head back to France, should current travel restrictions remain in the face of a global pandemic still unfolding.

For others, it may just be a lifeboat. Chason Dailey, who had received a job offer at the time of the announcement but was waiting for a crucial background check, now has an extra 30 days to finalise his work permit. Without it, he would already be on a flight back home, something which makes him “legitimately fearful”, given the likelihood of being exposed to the virus whilst en route to the United States.

While both Paul and Chason are quick to admit that the Taiwanese government isn’t responsible for people like themselves, and should prioritise citizens first in the interest of public health, they hope they are able to continue to live in and contribute to Taiwan, in spite of these extraordinary times.

“It’s very much to Taiwan’s benefit, I think, for Taiwan to continue to be the Taiwan that Taiwanese people want it to be – that it can be visible, that it continues to have connections to people all around the world,” says Chason.

Where countries in the West, specifically those in North America and Western Europe, have traditionally been safe havens in times of crises, the roles have been reversed this time around, says Mark Hsu.

With the current international spotlight on Taiwan, he hopes that more positive things can emerge from the end of the tunnel: “I hope the government sees the tremendous things that are going for Taiwan – like, healthcare, democracy, a vibrant open society – and finds a way to sell itself to the world.

“And hopefully, come up with a relatively easy way that non-Taiwanese can set roots in Taiwan.”

*Paul’s name has been changed to protect his identity