The importance of contingency planning 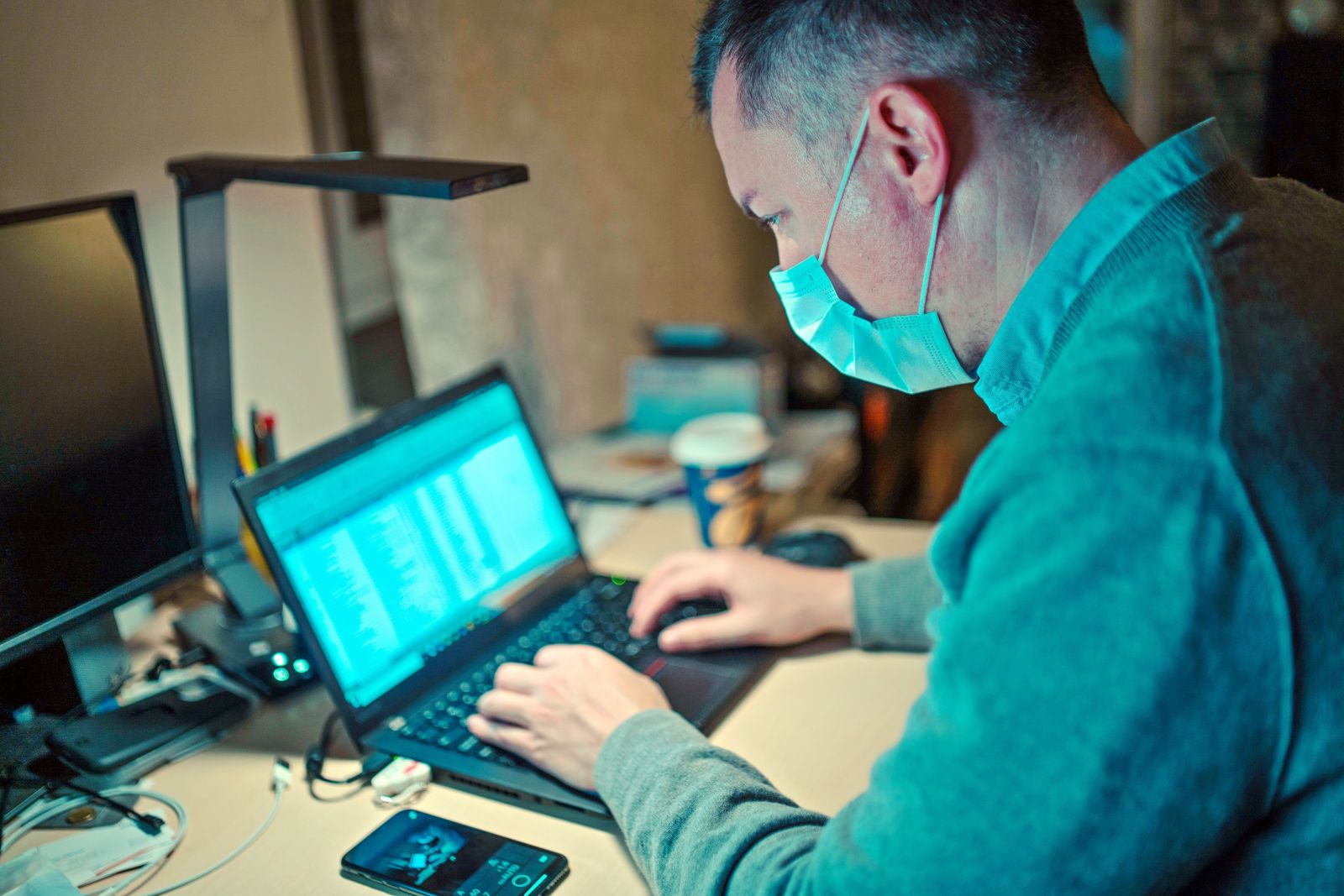 This week, the ECCT held a lunch on the subject of dealing with the novel 2019 coronavirus (Covid-19) at the Sherwood Hotel in Taipei. As is usual for events of this kind, guests showed up early and mingled for a casual chat before proceeding to sit down for a hearty lunch, in anticipation of hearing an insightful speech half an hour later. However, what was different this time around was that the guest speakers giving presentations were not at the venue in person but instead called in via video conference from Beijing China.

While this is somewhat of a novelty for the ECCT, in China it has, of necessity, become the only viable alternative to large gatherings in the wake of the Covid-19 outbreak. As reported by the speakers from the ECCT’s counterpart in China, the EU Chamber of Commerce in China, the chamber has reverted to hosting webinars instead of live seminars after Chinese authorities put a stop to large gatherings.

And while video conferencing has long been used by companies to keep in touch with their colleagues in faraway locations, it has now become one of the indispensable tools for communications between people within companies in the same location, thereby helping them to keep operating at a time of mass quarantines and travel restrictions and when there are increasing calls to minimise physical interaction between people.

The outbreak and rapid spread of Covid-19, from China to dozens of countries on five continents has come as a shock to healthcare authorities and businesses worldwide. While no single company will be spared from the impact of the virus to their operations, those that already had robust contingency plans in place have been best equipped to deal with the consequences.

Many large companies already had emergency plans in place which they were able to put into practice when the virus hit or to make adjustments as the situation evolved. What have European companies in Taiwan been doing and what have they learnt from the implementation of contingency plans over the past few weeks? We asked ECCT directors working for large European multinationals to outline some their plans and actions.

Obviously, the first priority of all employers is to safeguard the health and safety of their employees. Companies are following guidelines issued by Taiwan authorities regarding travel restrictions, cutting down on travel abroad and mandating self-quarantining of employees that have visited affected areas. Most are exercising an abundance of caution and urging employees who are not well, regardless of their symptoms, to seek professional medical attention and to stay at home. They are also following healthcare authority guidelines for the workplace by measuring temperatures of employees, reducing the number of face-to-face meetings or non-essential gatherings, urging employees to wash their hands frequently, to avoid physical contact and keep safe distances from one another. They are also all stepping up hygiene efforts, such as more frequent cleaning and disinfection of office equipment and furniture. Some companies are asking employees to wear face masks in the office, while others are not doing so.

The next priority for companies is to try to minimise disruptions to their business operations, starting with contingencies for absent personnel and for disruptions to their supply chains. Most multinational companies implemented their emergency contingency plans as soon as they became aware of the outbreak. According to Erdal Elver, ECCT Vice Chairman and President & CEO of Siemens Limited Taiwan, Siemens activated its Emergency Response Team (ERT) in late January and a daily situation report has been prepared since early February to provide the most up-to-date information regarding the Covid-19 outbreak.

According to Jan Hollmann, ECCT director and Managing Director of Robert Bosch Taiwan, Bosch has had emergency crisis management and task forces in place since January to offer manufacturing support from their international network or to release secondary supply sources, among other measures.

Olivier Blachier, ECCT director and President of Air Liquide Far Eastern (ALFE), reported that, at the start of the outbreak, his company immediately implemented strategic policies, such as the adoption of preventative measures and the revalidation of strategic business continuity plans (BCPs). Blachier stressed the importance of continuous communication with all its stakeholders regarding risk assessments and preventative measures, implemented since the very beginning of the crisis, which has helped to increase visibility for all. ALFE has also been reviewing its supply chain and evaluating alternative suppliers in cases of severe delays on the part of its major suppliers.

When the outbreak in China forced everyone to stay home, companies like Robert Walters were already quite well prepared. According to John Winter, ECCT director and Country Manager of Robert Walters in Taiwan, at the time of the forced shut-downs and quarantines in China, Robert Walters had already implemented flexible working arrangements across its offices in the region, offering a number of work options to employees. It had also put in place a comprehensive and robust technology infrastructure to enable productive and efficient remote working. In particular, the company invested in tablet PCs for everyone and a completely cloud-based database and secure communications system. Employees use Skype and Facebook communication tools to remain in touch. In addition, there are clear guidelines in place as to how employees should work and communicate with their colleagues.

According to Winter, the system is built around the idea of trust but there is also the recognition of the need to stay connected. For example, a good rule of thumb is to start every day with team meetings attended by everyone, either in person or dialling in remotely via video conference. Also, it is made clear to employees that it is incumbent upon those who work remotely to inform their colleagues in advance where they will be and to ensure that they can be contacted during working hours.

Several other companies have implemented working from home, including ALFE and STMicroelectronics. While working from home is obviously a necessary contingency option, and can work well, it is not always the ideal option. According the Giuseppe Izzo, ECCT Chairman and Managing Director, Taiwan & Vice President, Asia Pacific Region for STMicroelectronics, whose company has implemented working from home options, while it works for some types of jobs, it is not suitable for others. For example, it works for software engineers and customer service agents but does not work for hardware engineers and sales staff, which require physical interaction with others.

Companies have also experimented with ways to reduce the potential for the disease to spread by either splitting work teams into two or more locations or adopting a rota system. Robert Walters in Hong Kong, for example, employed a rota system, whereby half of the office staff came in to work for a week while the other half worked from home. The following week, they switched roles. According to John Winter, the method has been positively received.

Physical segregation is also part of ALFE’s business continuity plan. Under the plan, alternate teams of employees have been set up to cover all key positions across all functions and business (team A and team B), who can be physically segregated and be deployed with different work schedules. The segregation of teams A and B is based on their roles and responsibilities. Each key task owner has a delegate who is placed on a different team to minimise the risk of contamination during a virus outbreak. According to Olivier Blachier, employing this option would allow ALFE to stay in operation even during a crisis. So far, fortunately, ALFE has not had to implement physical segregation arrangements in Taiwan. However, the company is ready to implement its plan in the event of an emergency, such as if an employee becomes infected with the virus. Until then and unless the BCP is activated, the company operates normally without segregation.

While the importance of having contingency plans in place cannot be overstated, the real test of course is how they work in practice. At the time of writing, Covid-19 has not yet led to mass disruptions to the workforce in Taiwan and most of the impact has been from disruptions to travel and operations in China, particularly the breaking of complex supply chains that has had a knock-on effect for the operations of European companies in Taiwan and their colleagues elsewhere in Asia and Europe. If the situation were to worsen in Taiwan, the plans would be judged on how well they can be adapted and implemented to deal with an escalated crisis.

There is also only so much companies can do in the short term to address supply chain disruptions, especially if they rely on products and services from the worst hit areas in China. In the medium to long term, addressing this will require a rethink of supply chains to reduce reliance on too few sources.

Another important consideration is that the successful implementation of any plan relies on people implementing it faithfully. This assumes that people can function optimally under abnormal conditions, which is by no means a given. Much has already been written as to how productive (or not) people are when working from home, even under normal circumstances. It is not just a case of people goofing off when there is no boss around to check up on them but also the mental health impact on people if they have to spend extended periods of time alone. According to feedback from colleagues at Robert Walters, John Winter noted that dealing with loneliness is a challenge for some of the company’s employees. If they are worried about themselves or their loved ones getting infected or about any of the related daily challenges of living in isolation, this is bound to take a toll on their mental health. Humans are, after all, social animals. It is therefore important to have some kind of regular interaction with other people, even if has to be done via video conference.

At the time of writing, the management of the Covid-19 outbreak by healthcare and other authorities in Taiwan has received near universal praise for keeping the situation under control while, at the same time, planning for a much larger outbreak. Companies would do well to use this time to fine-tune their own contingency plans so that they will be ready if things take a turn for the worse.