Impact of Covid-19 on business 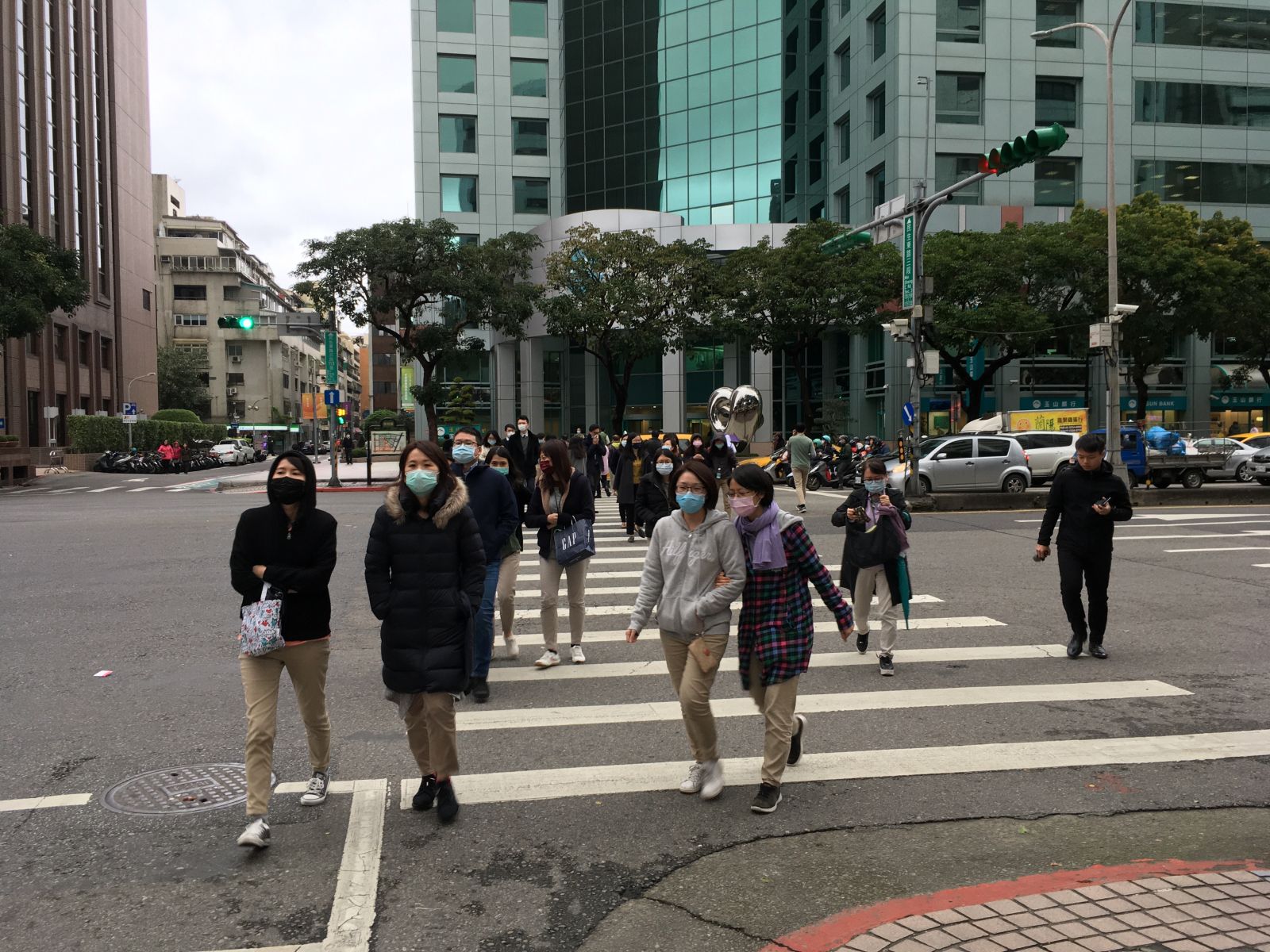 As the death toll and infection rates from the 2019 novel coronavirus (Covid-19) continue to rise beyond China, both in Taiwan and globally, ECCT member companies are working hard to keep their staff and customers safe as well as taking contingency measures to keep their businesses running as smoothly as possible. At the same time, they are beginning to assess the impact of Covid-19 on their businesses in the short and medium term.

When considering the impact, probably the most crucial factor is China’s now outsize contribution to the global economy. IMF managing director, Kristalina Georgieva, has noted that China’s economy at the time of the SARS outbreak (from 2002-2003) made up just 8% of the global economy but that figure has since risen to around 19%.

Another important consideration is that the outbreak is causing a chain reaction of disruptions both as a result of labour shortages as well as the shuttering of or reduced capacity of operations across the supply chain, from the extraction of raw materials, to manufacturing, logistics, retail and other services. For example, suppliers of raw materials in China are facing labour shortage problems, which is exacerbating the shortage of supplies and raw materials for companies both inside and outside China. Labour issues are also affecting the logistics, shipping, retail and other service industries in China and elsewhere. In China for example, even if factories are producing goods, due to compulsory quarantine measures, there are not enough available truck drivers to transport the goods. Moreover, some truck drivers may be given the go-ahead to return to work in one province or region, only to be prevented from driving to another, given different worker restrictions in another area, creating a literal logistical nightmare for everyone in the industry.

Based on a survey of selected ECCT members, while it is too soon to tell what the final impact will be, a number of preliminary assessments can be made at this stage.

As Francine Wu, ECCT board director and CEO of Schroder Investment Management (Taiwan), points out, the impact will depend on the region, sector, and how soon the contagion can be brought under control. She notes that, for example, airlines are feeling an immediate and direct impact from flight cancellations and restrictions as are the industry sectors dependent on tourists. She adds that consumption will also drop for retailers, especially in the luxury goods sector. As for the manufacturing sectors, she believes the disruption of supply chains in China will have an impact on overall short term global economic growth.

Erdal Elver, ECCT Vice Chairman and President & CEO of Siemens Limited Taiwan, remarked that his company is already seeing delays in some projects as a result of difficulty in acquiring parts and supplies. Nevertheless, his company believes that the impact on the global economy will be limited if the epidemic is brought under control within a few months. However, if it continues into the summer or beyond, the hit to the global economy will be harder as the supply chain issues and weaker demand from China will slow the global economy considerably. He notes that Taiwan and China have been particularly close in terms of business and industrial activities and hence Taiwan may not be able to insulate itself from the relevant impact. However, he praised the Taiwan government for its successful efforts so far in containing the spread of the virus in Taiwan as well as announcing relief and support measures to lessen the impact on the affected industry sectors. He added that ongoing investments in the semiconductor industry remain very strong while Taiwanese companies are continuing to increase investments in Taiwan, which bodes well for the future.

Jan Hollman, ECCT director and Managing Director of Robert Bosch Taiwan, said that his company is seeing a drop in demand in the greater China region and supply chain related impacts due to the limited availability of materials and components in almost all business areas, to a greater or lesser extent, depending on the sector. As a large portion of Taiwan’s exports go to mainland China, he believes that it is inevitable that the virus will have a negative impact on Taiwan’s economy. He reported that some of Bosch’s plants in China restarted operations in the first week of February and, as of 19 February, 75% of its operations in China were up and running. However, capacity has been reduced due to limited labour, materials and components resources. He noted that the delays in restarting operations in China, which require government approval for each facility, may affect customers outside China depending on the components made in China. This may result in delays in end products reaching their final customers. He added that the virus outbreak may open some opportunities for Taiwan as Taiwanese companies may relocate some operations to Taiwan faster than their original plans (which had been triggered by the US-China trade conflict). Hence, the overall impact on the Taiwan economy is hard to predict.

It is worth noting that not all industries will be affected equally. Markus Wild, ECCT director and Managing Director of EnBW Asia Pacific, does not expect a major impact on the rollout of offshore wind farms in Taiwan as a result of the outbreak. According to Wild, China’s role in the supply chain of components for the offshore wind industry in Taiwan is limited. He cautions, however, that if the coronavirus outbreak lasts for longer than a year, the supply chain of the industry might eventually be affected. Moreover, given the disruption to international travel, this might discourage participations in offshore wind business events in the next few months.

How companies and analysts are responding
Companies are adopting all manner of measures to protect their employees and limit the impact on their operations. For example, Bosch has had emergency crisis management and task forces in place since January to offer manufacturing support from their international network or release secondary supply sources, among other measures. According to John Winter, Robert Walters, Country Manager of Robert Walters Taiwan, his company has implemented a full working from home policy for its entire staff in China for the foreseeable future. In Hong Kong, the company has split the office into two groups which will alternate between working for home and working in the office.

Analysts are also making revisions to forecasts in response to the outbreak. Several banks have weighed in with downward revisions to growth forecasts. Bloomberg has cut its first-quarter GDP growth for China to 4.5% while ANZ says it could fall to as low as 3.2%. Others think that even this downgrade is wildly optimistic. Jörg Wuttke, President of the EU Chamber of Commerce in China was quoted as saying that even 2% growth would be too optimistic.

Here in Taiwan, according to the Chung-Hua Institution for Economic Research (CIER), the disruption is bound to dent the Taiwanese economy in the first half of the year, with non-manufacturing sectors unlikely to recover pent-up demand, unlike manufacturers, even after the virus is contained. This is especially applicable to service-oriented sectors, especially airlines, hotels, retail and entertainment, which have been affected the most, and would see comparatively slower recovery, because they cannot redeem business losses.

The Chinese National Federation of Industries (CNFI) has warned that Taiwan’s electronics sector could experience disruptions in raw material supplies as soon as early March. Hubei is an important part of global supply chains in autos, healthcare, electronics, aerospace and defence and construction materials. Many Taiwanese electronic components makers have built clusters of production sites in Hubei and Guangdong provinces, the two regions hit the hardest by the COVID-19 outbreak. Lockdown policies in at least 48 cities and four provinces across China, and travel restrictions that have shut down highways, railways and public transportation systems have restricted the movement of millions of people and limited the size of factory workforces at numerous plants. Even when manufacturers secure approval from local governments to resume production, workers have to stay in quarantine for 14 days before starting production line duty, which has slowed down output.

Apple has warned of global iPhone supply shortages resulting from its suppliers' Chinese factories being shut because of the coronavirus outbreak, even though its factories are not in the most affected areas of Hubei Province. In addition, the company is experiencing a dramatic drop in sales due in China due to fewer Chinese shoppers during the virus crisis.

While larger companies, like Apple, will be able to weather delays, a lot of SMEs, especially those with cash flow problems, could face bankruptcy.

What about the long term impact?
Prior to the outbreak, questions were already being asked as to the world’s over-reliance on China. This was made all the more stark during the US-China trade dispute in 2019, which prompted many companies to relocate parts of their operations. Several ECCT members expect the current crisis to accelerate the relocation of facilities from China and Taiwan and other countries in South and South-East Asia are likely to be the biggest beneficiaries. The consequent increase in investment and economic activity in Taiwan should therefore help to offset the impact from the drop in exports to China.

Besides a shifting of facilities outside of China, the impact of labour shortages from the outbreak is also likely to accelerate the trend towards automation and digitalisation of more parts of the manufacturing and service industry sectors.