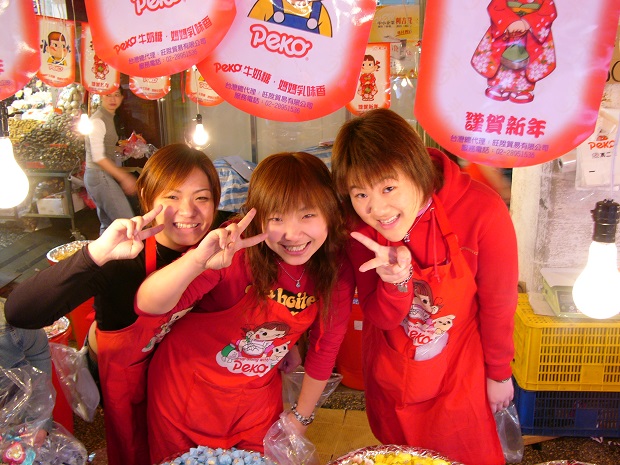 The Ministry of Transportation and Communication (MOTC) announced in December that it will widen the scope of subsidies for charter flights arriving in Taiwan. The move is part of government efforts to boost local tourism in the wake of falling numbers of tourists from China.

The MOTC said that transport minister Lin Chia-lung has instructed that inbound charter flights arriving at Taiwan’s airports—apart from Taiwan Taoyuan International Airport and Taipei Songshan Airport—from Japan, South Korea, Russia and Hong Kong and Macau will be granted subsidies in proportion to their load factors, if those factors hit a level between

In line with existing regulations, each charter flight (with more than 140 seats and at least 100 tourists) from Japan and South Korea is eligible for an MOTC subsidy of US$13,813 and US$7,998, respectively.

Meanwhile, charter flights from Southeast Asian countries (excluding the Philippines) and the Far East area of Russia are entitled to a subsidy of US$8,000, while those from other parts of the world (except China) get US$5,000.

Subsidies for those with a load factor higher than 70% will remain the same, the MOTC added. The measure was adjusted to encourage local travel agencies to organise more charter flights to Taiwan, after they complained about “zero” subsidies even if charter flights they organised had a load factor of 50 to 70%, MOTC officials said.

It is also aimed at filling the gap left by the drop in the number of tourists from China since Beijing imposed restrictions on sight-seeing trips to Taiwan in August, by bringing in more foreign tourists to central, southern and eastern Taiwan, they said.

The new measure is expected to take effect later this month, the MOTC officials said. According to Tourism Bureau tallies, the number of tourist arrivals to Taiwan from China in October dropped to 114,000—a 52.5% year-on-year fall.

In addition, another new measure will also be put in place that will grant local travel agencies NT$1,000 for every foreign tourist who arrives in Taiwan (except those entering through Taipei and Taoyuan) aboard their charter flights and who stay in the country for at least six nights before June 30, 2020.

Travel agencies that organise charter flights that fly at least 50 foreign tourists on each trip to Hengchun Airport in Pingtung County, southern Taiwan, will also be able to claim a subsidy of NT$600 for each foreign tourist they bring in.

Meanwhile, a number of airlines are expanding routes in and out of Taiwan. Tigerair Taiwan, a subsidiary of Taiwan’s China Airlines, announced that it will launch direct flights to the Japanese city of Niigata March 30, which will give the carrier 15 routes connecting Taiwan and Japan. The Taoyuan-Niigata flights will operate every Monday and Friday using an Airbus A320, according to the carrier. The flights will depart from Taiwan Taoyuan International Airport at 1:45pm and arrive in Niigata at 6pm, while the return flights will take off from Niigata at 6:50pm and land in Taoyuan at 9:25pm, it said. Upon including Niigata in its flight network, Tigerair Taiwan will operate 31 international routes to 24 destinations from Taoyuan, Taichung or Kaohsiung airports.

Meanwhile, Vietnamese budget carrier Vietjet Air announced that it will begin operating regular flights between Taiwan and Can Tho, south-western Vietnam in January. The Taoyuan-Can Tho route will include four round-trip flights per week, starting from January 10, 2020, the carrier said, adding that the new service aims to expand the airline’s international flight network while creating more convenient connections for travellers looking to visit famous destinations in Vietnam.

Can Tho is Vietnam’s fourth largest city and a transportation hub in the southwest of the country. The flights will depart Mondays, Wednesdays, Fridays and Sundays from Can Tho at 12:40 pm and arrive in Taoyuan at 5:10pm, while return flights will take off from Taoyuan at 6:10 pm and land in Can Tho at 8:55 pm, it said.

Currently, Vietnam Airlines is the sole operator for Taoyuan-Can Tho flights. Meanwhile, China Airlines (CAL), Taiwan’s largest carrier, announced it will start regular flights to Cebu, the second-largest city in the Philippines, from March 2020.

Flight CI705 will depart from Taoyuan at 7:40am, and arrive in Cebu 10:35am (local time), while flight CI706 takes off at 11:35am from Cebu and returns to Taoyuan at 2:30pm. After Manila, Cebu will be the second destination in the Philippines to be served by CAL.