In defence of Taiwanese banks

While paperwork may seem excessive and some procedures outdated, Taiwanese banks share many of the same issues as their counterparts in other jurisdictions 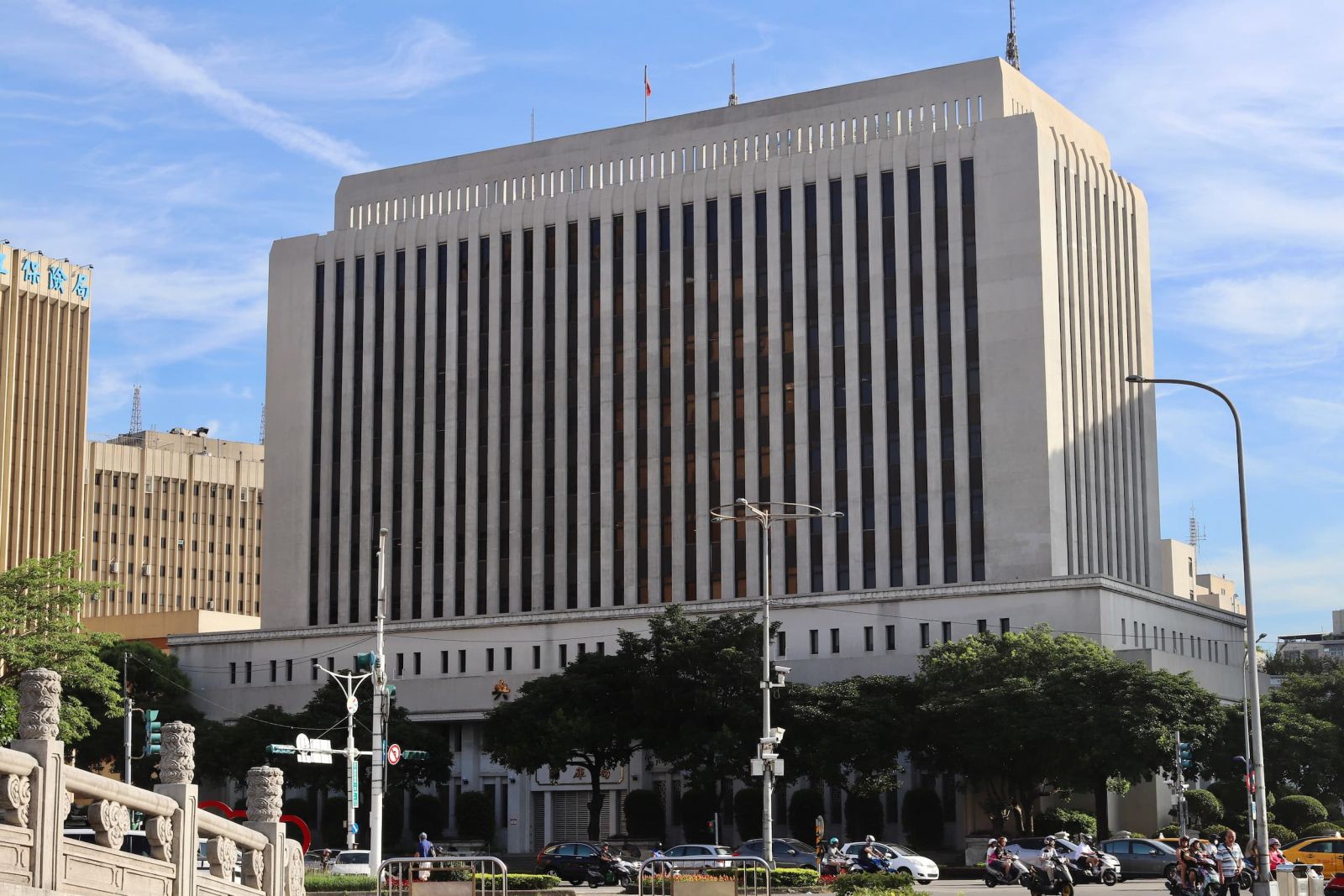 Let me be frank upfront. This is not intended to be a fawning admiration piece about Taiwanese banks. Rather, it is intended as a dispassionate description of Taiwanese banks in 2022 and how international best practice requires them to behave in a particular way, with an additional hope of going some way in explaining to non-Taiwanese some of the complexities of current international banking practices.

The instigation for this article is an extremely well written and balanced article published by Erin Hale (a business reporter in Taiwan) in late April this year. Perhaps it was the punchy title of “Will Taiwan’s banks stay stuck in a ‘1980s’ time warp?” that caught my attention. However, I have also been following numerous posts by users in expat groups in my Facebook feed, many of which are prefaced with comments like “Well, let me tell you what happened when I opened my account at such and such a bank” or “And no credit card!”. It often appears as if many of the people posting in these groups are in some sort of competition to outdo each other in derogatory comments castigating Taiwan banks. But some of the issues raised both in the aforementioned article and these posts are worth further scrutiny.

Do Taiwanese banks have issues? Absolutely. Is Taiwan overbanked? Without a doubt. Do Taiwanese banks require excessive paperwork and procedures? I’d have to say, yes. Is the continued use of a bank book (and the presence of dot matrix printers next to the ATMs) a bit odd and outdated? Yes, but it can also be seen as a very expedient way of keeping an eye on your account rather than searching for that elusive email. Moreover, spare a thought for elderly people who might find digital technology confusing and complicated. The passbook gives them what they need. And perhaps a more interesting observation is that the majority of Taiwanese are happy with their banking experience, according to a project researcher at the Taiwan Academy of Banking and Finance (TABF), who was quoted in the article.

TABF is a non-profit organisation, advised by the Financial Supervisory Commission of Taiwan. It is, in its own words, “a pioneer in Taiwan for research, training, proficiency testing, and publication services for banking professionals”. I have dealt with TABF on a number of occasions and can testify to their professional standards.

I’ve worked in banking across Asia Pacific for more than 30 years (in five countries to date) and whilst my activities were mostly related to commercial banking, I too had to have bank accounts in those countries. And based on my experience, while Taiwan banks have their issues, they have many issues in common with banks in other jurisdictions. Perhaps some countries are better than others on particular issues, but no bank is perfect (even large international banks).

There is one universal similarity that all banks share and that is dealing with risk. Banks everywhere have complex risk management systems in place, and they are all answerable not only to their own financial regulators (in the case of Taiwan it is the Financial Supervisory Commission (FSC)) but also to regulators in countries where they operate overseas (for example, Taiwanese banks operating in Vietnam are also regulated by the State Bank of Vietnam). Also, increasingly banks, their regulators, and indeed countries, are required to follow international rules set down by international regulators. This is why certain procedures (with their attendant multiplicity of documents) are now required.

After having read the article and seen the volume of negative comments directed at Taiwanese banks (many of those named were major local banks or branches of some of the world’s major international banks that currently operate and are regulated in Taiwan), I began to wonder what the causes for dissatisfaction might be. At the outset, let me pose this question to the detractors (particularly the expats) who feel so aggrieved by the Taiwanese banking system: When was the last time you opened a bank account in your own country?  In my case, it was probably around 1993 – a lifetime ago some would say, and certainly a lifetime ago in terms of banking regulation and I’m sure some of my accounts were in existence from my childhood. In another recent post, an expat questioned why their perfect credit score in the US and their US based assets were not considered when opening their Taiwanese bank account. To answer just those two points alone would require its own lengthy article, but for the purposes of this article, I’m just going to highlight the most commonly raised issues together with my response.

The perceived difficulty of opening a bank account seemed to top the list of complaints. Associated with that were issues surrounding the amount of paperwork and documents required to open the accounts.

Well, I going to take an educated guess here and if you are just at the point of opening an account, it suggests that you have only recently arrived in Taiwan and recently obtained the necessary ARC. If my assumption is correct, pause for a moment and remember the amount of paperwork needed for your ARC (or perhaps your employer did that for you, so the pain was less obvious).

So, you go to the bank with your crisp new ARC. Congratulations! But other than your ARC and details of the employing company (in fact the bank is probably only entertaining opening an account for you because of their relationship with your employer), the bank really doesn’t know you. They have no details on your prior history (nor are they interested in your non-Taiwanese “credit score” etc.). They need to know, on a risk-based approach whether you pose any risk to the bank (more on that later) and so they need to gather quite a deal of information from you. So, what you are going through is what every bank refers to as an “on-boarding process”. Yes, to “on-board” you they are obliged by FSC regulations to perform this process. It’s also referred to as “Know Your Client” or KYC. A well-run bank should have a detailed KYC/On-boarding process and should be able to detail, very clearly what information is required. I do hope that was your experience (if not, then yes, the bank should improve its processes).

Regulations also require that this process be replicated at certain intervals of your “life” as a customer with the bank. And part of KYC these days also involves international regulations – questioning whether you are a citizen of the US (or have tax liabilities in the US). This is governed by a piece of US legislation better known by its acronym, FATCA, (Foreign Account Tax Compliance Act) and as the US claims extra-territorial rights over its citizens every country will have you sign a form known as a W8 or a W9 depending on the declaration you make.

However, I know that if you tick all the appropriate boxes, you will get a bank account, usually a simple savings account for your regular salary from your employer and an ATM card.

Why am I not automatically offered a credit card by the Taiwanese bank?

This query was also very much at the top of the list of concerns.

Well, to go back to the account opening issue above, the bank knows almost nothing about you and credit cards are a risk for the bank. Perhaps all your bank will see of your banking activity for a period of months is, salary in, expenses out, leaving quite possibly not that much left at the end of the month.

Whilst it may seem harsh, Taiwanese banks may simply not have the “risk appetite” to offer a newly arrived expat a credit card or they may even have a history of credit card default by expats who leave Taiwan without fully honouring their tax and/or financial obligations.

Nevertheless, there is no regulation preventing Taiwanese banks from providing expats with credit cards. There are anecdotal stories of some bank tellers being unaware of this and refusing to provide them (or perhaps they are also concerned that they know that despite you filling in another lengthy application form, your initial application will be declined).

However, a quick search of a very large and well-known Taiwanese bank clearly states that it will issue credit cards to expats, but the following conditions apply (again, the bank is taking a risk-based approach here) and presumably not singling you out for denial of services. The conditions are:

So, cards are available but perhaps not in the manner some expats may be accustomed to.

I mentioned previously a little bit about the role of the FSC and the imposition of FATCA by the US. Perhaps the other onerous regulations that all global banks and indeed most countries (that wish to be viewed as part of the global financial system) must adhere to relate to Anti-Money Laundering (AML) and Counter Terrorism Financing (CFT) (including Sanctions) and Taiwan is an active adherent.

These regulations are essentially guided by the Financial Action Task Force. FATF is an intergovernmental organisation founded in 1989 on the initiative of the G7 to develop policies to combat money laundering. In 2001, its mandate was expanded to include terrorism financing. Taiwan takes FATF’s guidance’s very seriously (as should any country). Taiwan underwent what was essentially a review of its AML/CFT laws and regulations in 2019 and Taiwan was deemed Compliant with 10 and Largely Compliant with 26 of the FATF 40 Recommendations. Recommendations for improvement were made and the FSC and the Taiwan government have been working to ensure the next review has an even better result.

To show how seriously KYC and AML/CFT breaches are treated in Taiwan, in 2021 alone, the FSC fined some five banks, operating in Taiwan a total of NT$40 million for failures to relating to KYC and AML/CFT deficiencies (not massive by international standards but a clear message from the FSC for banks to tidy their houses). It would not surprise me if some portion of the paperwork that expats complain about is due to local banks stepping up efforts to comply with these international standards and best practices.

So, in summary, are Taiwanese banks perfect? Obviously not. Are they vastly different to banks in other countries? My personal observation is that that they are not. Are Taiwanese banks trying to improve? Most definitely. Is the FSC and FATF keeping Taiwanese banks on their toes? Absolutely. I imagine the complaints will continue but what if you, the disgruntled bank customer, provide some open, honest, and helpful feedback to your bank branch? Change will not happen overnight, but patient persistence may just be the key. Trying to outdo one another on internet sites or social media with shrill complaints will achieve nothing. Happy banking.