Inflation - it's all in the mind(set)

Many of us are currently being spooked by the return of inflation, something we thought belonged to the past. We are right to be worried, but if we understand how inflation affects us personally then we can help mitigate or maybe even benefit from its effects. 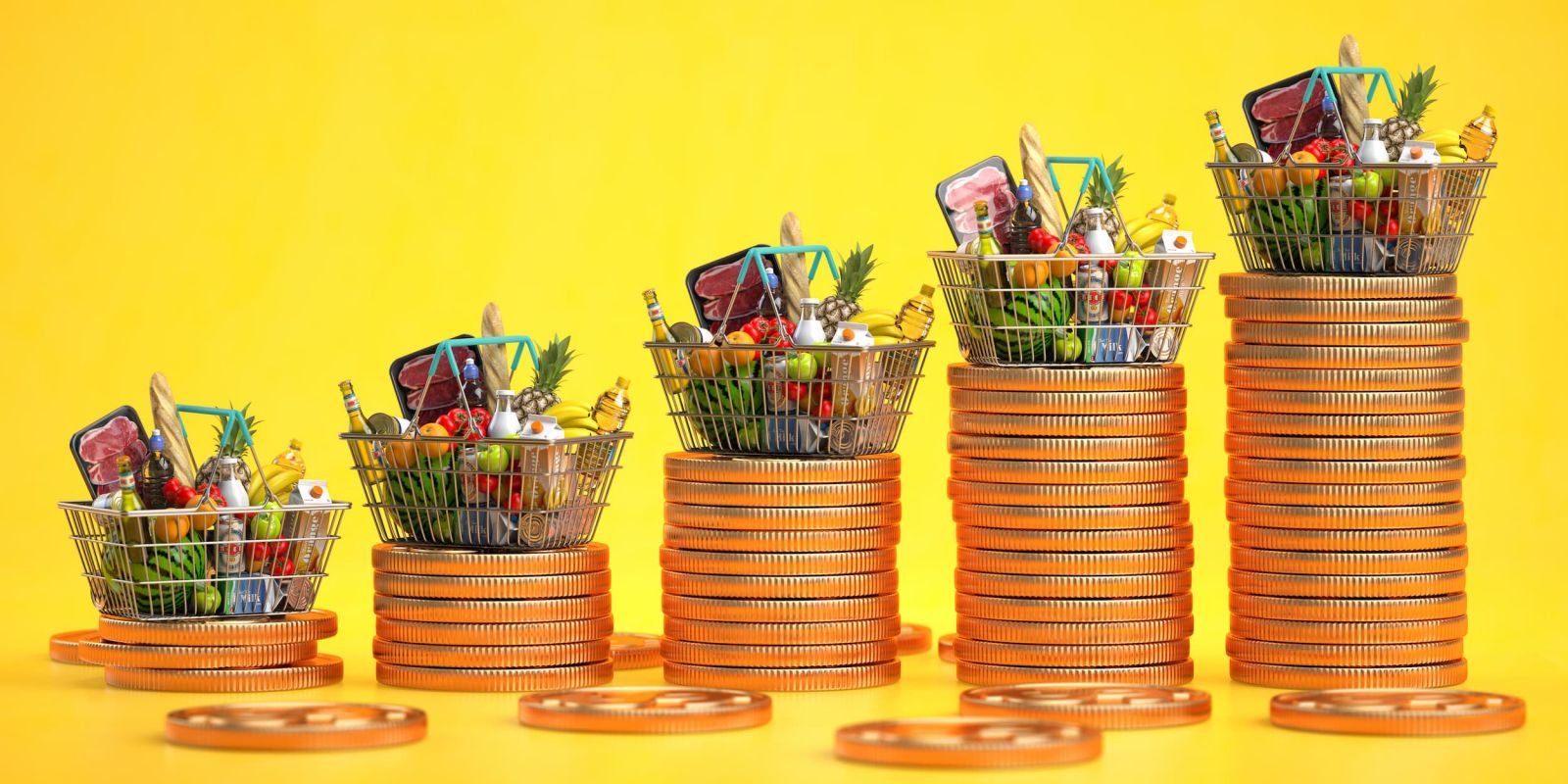 Anyone under the age of 50 probably won’t remember the great inflation of the 1970s and 80s. The main cause of that inflation is often attributed to the steep rise in oil prices triggered for largely political reasons by the Opec cartel; in some respects that is not too dissimilar to the events causing today’s inflation.

The effects were far-reaching, causing many on fixed incomes, particularly pensions, to be hit hard. From the combination of inflation and stagnant low-growth economies the term “stagflation” was coined. Stagflation reigned in the 1970s and, if we’re to believe some of today’s economists, it might reign again in the 2020s. The remedy for dealing with inflation then was monetarism - Milton Friedman, Ronald Reagan and Margaret Thatcher - and an economic and political orthodoxy was born.

Current fears over inflation may prove to be unfounded, and nothing more than a blip-reaction to the Russian invasion of Ukraine and the after-effects of Covid-19, but if those fears turn out to be true then we need to dust off our “coping with inflation” behavioural toolkit or, for those who’ve never really experienced inflation before, learn one.

A small amount of inflation is good

We’re often told that a small amount of inflation is good as it staves off something far worse - deflation. Deflation, where holding currency rather than spending it works out in your favour, can be very dangerous indeed, and is one of the causes of the relative economic stagnation of Japan over the last decades. There is no definition of what an acceptably “small” amount of inflation should mean, but the world’s most important central banks seem to have settled on 2% per annum as being the appropriate level. The best definition I’ve heard of an “acceptable” level of inflation is one that is low enough for it to be ignorable for business planning purposes.

Most people fear inflation in excess of this “small amount” - the reasons are many and the evidence abundant. Inflation distorts the price mechanism, one of the key drivers of consumer behaviour and the proper functioning of a capitalist economy. Inflation is a hidden tax - every day you hold cash, or non-indexed investments, the value of what you hold is eroded, and the government benefits. Inflation helps borrowers rather than investors, and it hits the poor the hardest as they have more limited access to the means of protecting against it.

Inflation’s biggest drawback is that it can accelerate into hyperinflation, with all the labour relations and social unrest that brings. One of the worst calamities of the 20th century, the rise of fascism in Germany in the 1920s, can be laid at the door of the hyperinflation of the Weimar Republic.

What does it mean and how is it measured?
For all the ubiquity of its use, the word “inflation” and the ways we measure it often aren’t properly understood. When prices increase, they go up in discrete chunks and at specific time points; for example, a bag of rice might cost NT$100 on 1 January, then increase to NT$105 on 6 June, and then again to NT$109 on 18 October; what it doesn’t do is go up every single day by a small amount.

If we say “inflation is 3%” what we really mean is that the “average level of prices over all goods and services in the economy, as measured by a sample basket of goods and services, is increasing at the rate of 3% every year”, a bit of a mouthful but a definition that holds the key to understanding inflation properly and mitigating its effects.

Whose basket?
The sample basket is decided by government statisticians and is supposed to be reflective of the wide range of the goods and services purchased by consumers today. As new products and services emerge, they are added to the basket, while those that fall out of favour or become obsolete are removed. But, as its name suggests, the basket is an average over all the population - your individual basket might be very different. That’s why you shouldn’t necessarily trust inflation indices - your personal inflation rate might be very different from the average. For example, those who are fuel dependent are being hit proportionately much more by the huge recent increases in gas prices. The first key to adopting an inflationary mindset is, therefore, to understand your own basket.

Don’t forget compounding
The next is to dust off those school maths textbooks and revise that thorny issue of compounding, or “increases on increases”. For example, if inflation is 3% per annum, then the 3% increase would apply not only to the original price of the NT$100 bag of rice but also to the NT$3 that had been added to the price the year before. This compounding of price increases is the real killer in terms of erosion of value over time.

In a previous article I wrote about financial rules of thumb, by which I mean approximate guides that can help you understand complexity; for the compounding of inflation, the best rule of thumb is the Rule of 72. To understand how inflation erodes the real value of your money, divide 72 by the annual inflation rate and the answer is the number of years over which prices double (or the real value is halved). So, for example, if inflation is 4% per annum, 72 divided by 4 is 18, so prices will double every 18 years - what might look like something minor, “4%”, turns out to be something pretty major when your timeframe is longer than 18 years.

Short-term blips vs chronic
The third key to coping with inflation is to decide whether it’s just a blip or whether you’ll have to deal with it semi-permanently.

If it’s short-term, there’s probably not much you can do other than put up with it: revise your household budget (or do one if you’ve never had to do one before), shop around more, rebalance your spending more to the needs and musts of life and less on the wants. This can be a cruel choice if your income is limited and could mean choosing between spending on fuel and food.

If inflation does appear to be taking hold and becoming a chronic problem, then you need to adopt a new mentality. I used to live in Argentina, a country so historically (and currently) scarred by inflation that every aspect of consumer and business behaviour is built around hedging against it; all medium and long-term contracts, and the prices of substantial assets like housing, are denominated in dollars as proxy indexation against inflation.

Invest to protect
The final key to managing inflation is investing to protect yourself, i.e., making sure your assets keep their value in real terms. Your investment plan will very much depend on:

In a future article I’ll look at managing investment risk from a consumer perspective, as there isn’t enough space here, but one of the main “risks” everyone needs to manage is inflation.

If you understand the gaps, then you can see more clearly if you are winning or losing in real terms. If you take out a mortgage at 5% interest and inflation is running at 8% then inflation reduces the real value of the loan, so that can be a good thing - the gradual erosion of the real value of the debt is 3% each year. On the flip side, if inflation is 3% but your bank only pays you 1%, then the value of your money will erode by 2% each year in real terms.

If you forget the absolute rate of inflation, and consider it is a mere notional benchmark, and look at the gaps instead then you will see how the real effect of inflation works each year. And you can see clearly whether you stand to gain or lose from inflation and can adjust your plan for protecting against it.

Is Taiwan special?
Although inflation in Taiwan is higher than it’s been for some time, and seems to be accelerating, it hasn’t reached the very high levels currently being experienced in the US and the UK. It is difficult to pinpoint exactly why that is; it could be that the composition of the Taiwanese “basket of goods” isn’t reflecting the huge recent increases in energy prices to the same extent as the British and American baskets. Given that energy inflation will eventually cause higher food prices, and that Taiwan is heavily dependent on both energy and food imports, it certainly isn’t immune to inflationary pressures elsewhere in the world. It might just be a question of time, and it is definitely something to keep a close eye on.

We still need to control it
As I said at the beginning, some inflation may be a good thing - it’s when it accelerates that we need to raise our antennae. Let’s hope what’s happening now is short-lived - the world does have a long memory when it comes to inflation, maybe longer than its memory of investment booms and crashes. Increasing rates of inflation nearly always end badly, either from accelerating into hyperinflation, or through enforced recessions to bring it under control.

If we understand how inflation is measured, what prices mean in real terms, what our timeframe is, how we should invest to mitigate its effects, and how gaps might be working for or against us, then we’ll be much better prepared for any scenario.

Lee Faulkner is a Fellow of the Institute and Faculty of Actuaries, the UK’s actuarial body, and has more than 30 years’ experience in the world of financial services in Asia, Europe and Latin America. He is a Taiwan Gold Card holder and now lives in Taipei.