Heading for the moon or oblivion?

Cryptocurrencies: Love them or loathe them - the Taiwan perspective 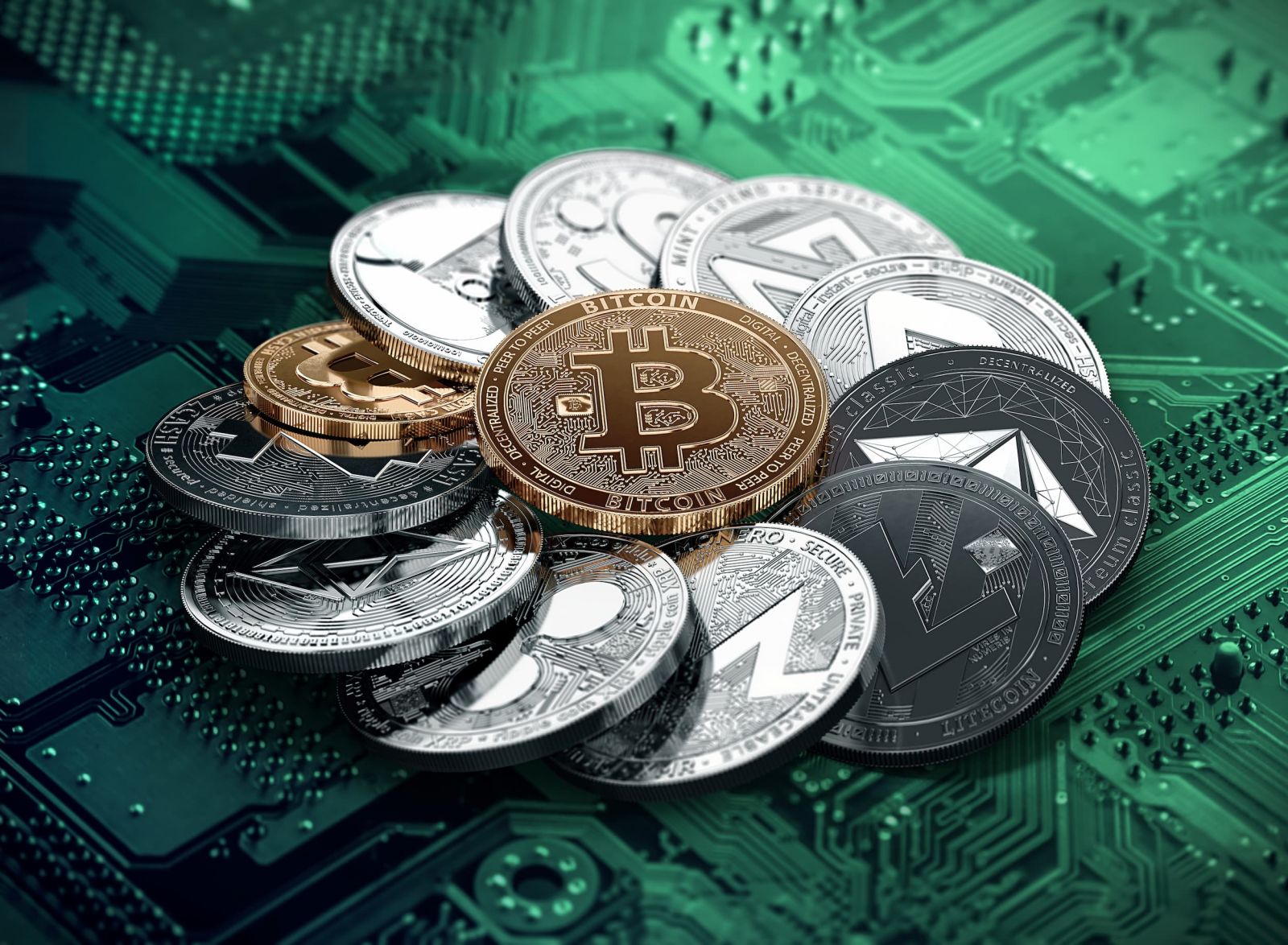 Well, the week ending Friday the 13th of May was certainly a rollercoaster ride for cryptocurrency at an international level. With international headIines reading, "Cryptocurrencies Melt Down in a 'Perfect Storm' of Fear and Panic" (New York Times), "How a Cryptocurrency Trader Turned $10,000 into $200 in Just Days" (Bloomberg), "Cryptocurrencies are crashing into oblivion" (dailymail.com.uk) and "Crypto's Wild Week Offers a Much-Needed Warning – Crypto is everywhere. That doesn't make it legit." (Bloomberg), I began to wonder whether this article, which has been "in the making" since early May was worth publishing. However, neither the Taiwanese government nor the relevant regulators have sounded a clarion call to action yet and the volatility in the trading price of Bitcoin has since eased (it has traded in a narrow range around the US$30,000 level since mid-May), so, let's forge on then, shall we!

There are two or three camps in the cryptocurrency world and the Taiwanese market is no different.

There are the flag waving advocates of cryptocurrency, who espouse its purported benefits and there are similarly "red" flag waving advocates who denounce its very existence (e.g., apart from the quotes above, the famous investor, Warren Buffett was asked at the annual Berkshire Hathaway shareholders' meeting if he had changed his famously negative views on Bitcoin or Cryptocurrencies, the 91-year-old investor is quoted as saying, "If you ... owned all of the bitcoin in the world and you offered it to me for $25, I wouldn't take it …"). Strong words, but it does demonstrate the polarity that cryptocurrency creates.

The third camp? Well, those who simply have no interest in either its purported benefits or its possible dangers, who never intend to use it and live their lives quite contentedly within the traditional financial markets.

A quick definition for the purposes of clarity. Wikipedia defines a cryptocurrency, crypto-currency, crypto, or coin "as a digital currency designed to work as a medium of exchange through a computer network that is not reliant on any central authority, such as a government or bank, to uphold or maintain it." That is cryptocurrency at its most pure form.

In Taiwan, the Central Bank of the Republic of China (CBC) does not accept cryptocurrencies as a currency. The CBC and the Financial Services Commission (FSC) stated in 2013 that Bitcoin (the first and most traded decentralized virtual currency) was not a currency but instead it was viewed as a highly speculative digital virtual commodity. In 2014, the FSC mandated that Taiwanese banks must not accept Bitcoin nor provide any services related to Bitcoin. This stance was reiterated by the FSC in 2017.

However, and this is an important exception to that statement above. There are regulations in Taiwan if any "virtual token" ("token" is a word often associated with cryptocurrencies) takes on the nature of a security (i.e., a security token). Offerings of a security token are commonly referred to as a "security token offering" (STOs). Also, cryptocurrency exchanges in Taiwan have, since July 2021, been obliged to follow the Money Laundering Control Act (MLCA). We will discuss STOs and the MLCA issues later in this article.

Before we delve more deeply into the current Taiwanese market, it is worth examining more about the love or loathe poles.

The "lovers" maintain that cryptocurrencies have the following advantages (over traditional currencies, for example, the NT$):

On the other hand, those who loath cryptocurrencies see the following disadvantages:

But this article is essentially about the Taiwan perspective so let's get back to our real topic.

The following are regarded as the popular exchanges to buy cryptocurrency and Bitcoin in Taiwan (there is no special order to the list and each exchange has its own terms and conditions which each individual investor should personally assess and understand their own risk appetite for cryptocurrencies):

In September 2021 there were an estimated two million cryptocurrency users in Taiwan.

Earlier I mentioned STOs, and I believe it important to understand STOs so that we can clearly differentiate them from the pure cryptocurrency market in Taiwan. By way of repetition, if any "virtual token" in Taiwan takes on the nature of a security (i.e., a security token) any offering of that security token is referred to as a "security token offering" (STOs) and subject to regulation.

The STO regulations were meant to create a reliable fundraising channel for new equity fundraising for Taiwan startups, however for reasons that remain unclear the FSC imposed overly restrictive STO regulations. The rules generally permit only professional investors, defined as those with assets of NT$30 million or more and sufficient "knowledge and trading experience," to participate in STOs and also cap the subscription amount per project at NT$300,000 (this subscription limitation basically rules out institutional investors as the sums are just too small for their investment strategies).

Then, as though icing the restrictive cake, STOs above NT$30 million must be conducted through Taiwan’s Fintech Regulatory Sandbox. The Taiwanese financial market is wary of the the sandbox’s reputation for red tape, with the no doubt unintended result that it is unlikely to be useful for STO fundraising.

There are also licensing issues and minimum capital requirements to overcome, and a further key problem is that investors must use NT dollars to purchase the token, thereby essentially excluding the global market and even though the FSC revised the regulations in January this year, to allow foreigners to participate in STOs this measure was seen as having little or no positive impact.

So, what of the cryptocurrency market in Taiwan which has continued to grow? In addition to the retail market, we now see active investment from large international banks such as Standard Chartered, BNY Mellon, Citibank, and UBS.

As noted above, since July 2021 cryptocurrency exchanges must adhere to the MLCA by, for example, complete know-your-customer (KYC) requirements to authenticate the identity of their clients, establish an internal control and audit mechanism, a reporting procedure for suspicious transactions and exchanges must report transactions greater than NT$500,000 conducted in cash.

The local crypto industry has in fact generally reacted positively to these regulations and there is even talk of wanting more regulation (provided it would firm up the continuation of the industry, allow it to attract more high-quality institutional investors and perhaps also have a benefit when applying for global licenses). As a non-Taiwanese but someone with a deep background in the global fight against financial crime and onboarding processes I put myself through the KYC process with one of the Taiwan exchanges and came away very impressed with the rigor and depth of the process, especially as it was an online non-face to face process.

We should be cautious of painting an overly rosy image of the Taiwanese cryptocurrency market. Scams have already occurred (and no brave person would rule out the possibility of more). Examples include:

Even with these scams, Taiwan does appear permissive of cryptocurrency retail investment and despite the FSC doing its job in warning investors of the risks of investing in cryptocurrencies it appears these warnings have done little to curb trading.

But let’s be honest, there is still an "elephant in the room" on cryptocurrencies and I believe the events that have taken place just recently highlight what concerns many people, that cryptocurrencies remain something with no inherent value and lack government backing, such as fiat currencies (i.e., a government issued currency such as the NT dollar).

Some financial commentators have long compared crypto to a Ponzi scheme, though with a Ponzi scheme there is usually a central administrator "pulling the strings" (as no doubt was the case with the 2019 incident in Taiwan, noted above). These same commentators see the value of cryptocurrencies as simply what everyone has decided that it’s worth with the added concern that crypto tokens can be easily made. A recent Financial Times (FT) article highlighted that "there are now almost 20,000 cryptocurrencies out there" (i.e., in the international market and not just Taiwan), "making a mockery of the idea of digital scarcity".

Nevertheless, the same FT article still pondered whether despite the concerns of value and Ponzi scheme-like characteristics it would make makes sense to put a bit of money into cryptocurrency (a decision that some two million Taiwanese seem to have answered in the affirmative). The risk is that the investment could all go to zero, but that is a known risk. There is also the risk that by not investing the value of the cryptocurrency that it could go up multiple times and the investor misses out. But the FT raises a further issue by describing cryptocurrency as "a negative-sum game" which could lead to "billions lost in outright scams," and the impossibility of counting "the number of people who have been given false hope." It remains to be seen if investor confidence can be restored following the recent sharp selloff. The FT article concludes with the writer being unable to take "crypto seriously — either as an asset or as a form of money."

I have no real answer to these issues and concerns other than adhering to the long-quoted statement that as with any investment, only invest what you can afford to lose. Full disclosure: I have no cryptocurrency holdings (and even if I had available liquid assets, I am unsure whether I would invest in cryptocurrency). Certainly, this article is not and never was intended as positive or negative advice.

Whilst we must watch how the situation plays out, there is still a long way to go in Taiwan’s embrace of cryptocurrency, or if there is potential for it to become viewed as more mainstream (difficult in Taiwan’s otherwise traditional and risk-averse financial market).

One thing that is certain, however, is the eagerness of the current market participants to continue to encourage the growth of the existing market but also to innovate and become more attractive and lucrative for both the exchanges and their customers.

I for one will be watching with interest to see if Taiwan can really develop into Asia’s cryptocurrency haven.