In a pandemic, this art fair week is anything but normal

Taipei Dangdai is back, but with shifts in behaviour, consumption and the industry in general – just who will meet them on the other side? 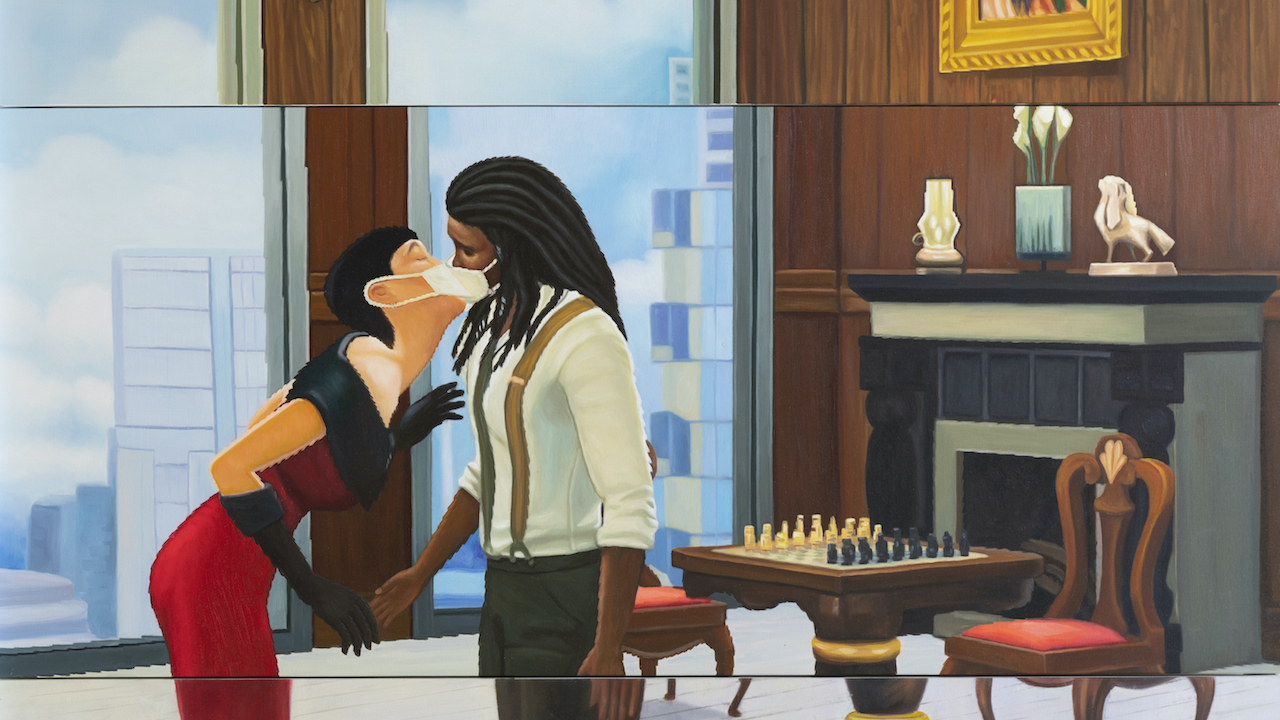 The arts, broadly speaking, is still feeling the aftershocks from the last two years.

Back in 2020, I wrote about the ways in which an industry so predicated on the “live” experience was completely floored in a pandemic. Two years on, as we all try to adjust to a new pandemic “normal” and push through with regular programming, it’s hard to pretend the industry did not incur significant financial losses, brain drain and shrinking engagement on a global scale. In fact, on that last note, the organisation I currently work for, which engages young people in theatre, has been desperately trying to get their primary audience back into programmes, with great difficulty.

The art market itself, however, has marched to a considerably different beat, seeing not only a speedy recovery, but a kind of spectacular rise. According to the 2022 Art Basel and UBS Global Art Market Report, though the art market was met with one its worst downturns the year the pandemic struck, it quickly bounced back in 2021 – even surpassing its value in 2019, just prior to Covid. Aggregate sales by dealers and auctioneers reached US$65.1 billion, climbing by 29% from 2020.

The success of the market, and particularly the high end of the market, is in part due to the rising wealth of high-net-worth individuals. As noted by the report, the pandemic has clearly contributed to greater income inequality and pushed many into poverty, but such shifts undoubtedly change spending patterns – and “the rapid advance in wealth at the top has helped to support luxury markets such as art and antiques.”

The recent explosive rise of NFTs, too, had an impact on the sector. Although the report notes that most NFT sales “have been outside the traditional art market” for now, the quick shift towards the digitised new frontier has diversified buyers and buyer behaviours – enticing “younger, tech-savvy collectors, often unknown to established galleries and fairs,” Christl Novakovic, CEO of UBS Europe SE and Head Wealth Management Europe, wrote.

It is against this backdrop that the annual Taipei Dangdai art fair, the country’s young international contemporary art fair, finds itself as it prepares for its 2022 opening – initially heralded as a big return after its postponement the previous year.

Where Taiwan was relatively sheltered from the impact of Covid in the latter half of 2021, Omicron has now swept the country, and is set to peak around the same time as the Dangdai opening. Moreover, the country has persisted with travel restrictions and quarantine measures, meaning that the flurry of the traditional art fair week, with its swirling mix of collectors, patrons, agents and artists, will be a much more subdued one in reality.

According to its wrap-up report, Dangdai’s inaugural event back in 2019 attracted over 28,000 visitors, including international collectors and representatives from leading art institutions. In 2020, that figure climbed to 40,000 – drawing prominent art-world figures like collector Richard Chang and artist Takashi Murakami, artnet reported.

If 2020 saw 99 participating galleries, the figure would have dropped by almost half at this year’s Dangdai, in part due to ongoing travel restrictions in the country. Fair co-director Robin Peckham noted in an online press conference that a handful of international galleries have “tried really hard” to be physically present at this year’s fair, with gallerists and representatives choosing to do their ten-day quarantine in order to enter the country. As for the gallerists who cannot attend, Peckham said the fair had already organised independent agents to act on behalf of them.

Moreover, with more than 65,000 daily cases at the time of writing, some artists had mentioned to me anecdotally that they were hesitant about going to the fair, despite many of them having been invited by galleries to attend.

Similarly, where the debut of Taipei Dangdai in 2019 coincided with a jam-packed list of art shows, performances and events in the city, current anxieties around the Covid peak have also reduced this in capacity — take Art Revolution Taipei’s postponement (link in Chinese), for example. 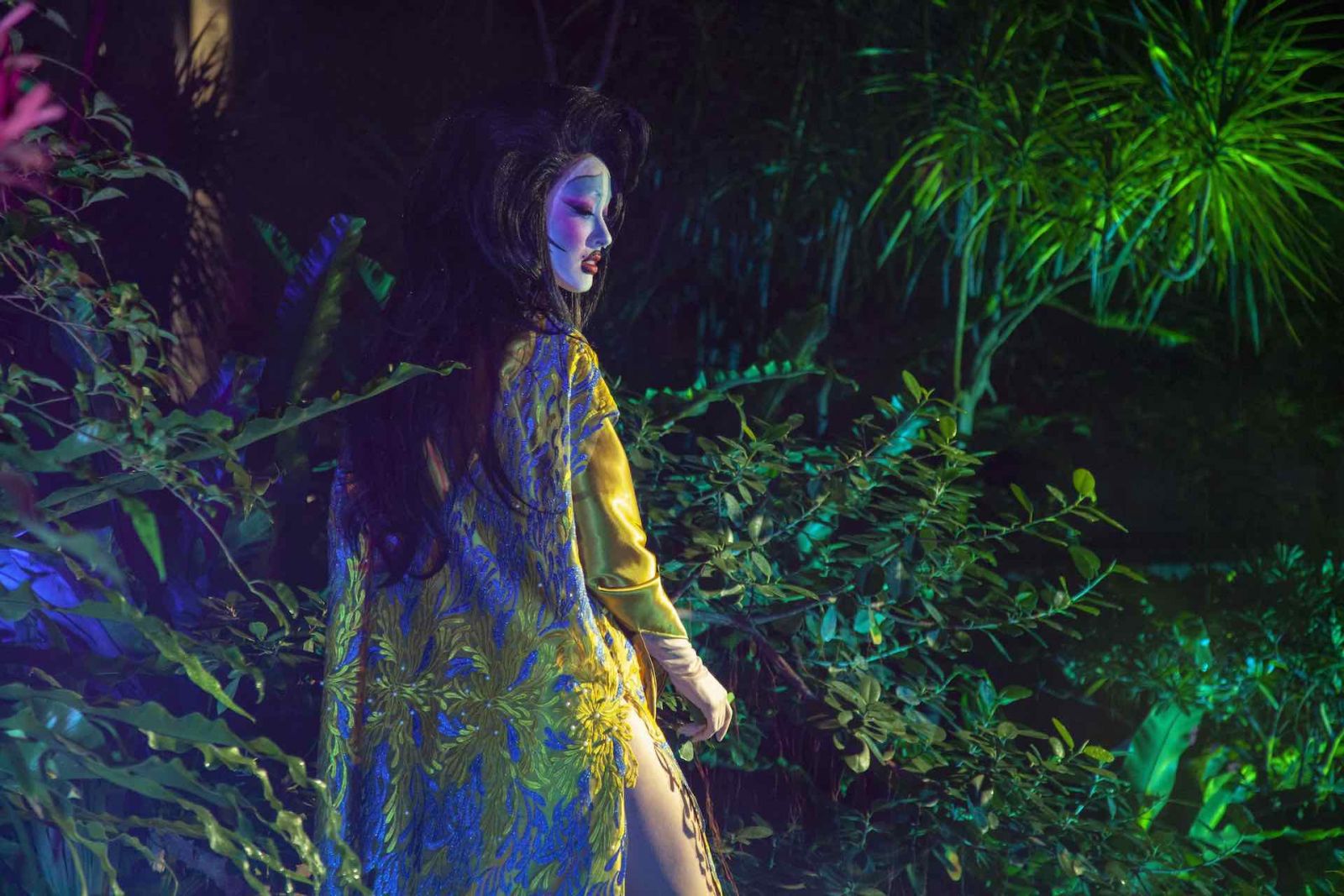 Sin Wai Kin, “If I had the words to tell you we wouldn’t be here now”, 2019.
Image courtesy of Chi-Wen Gallery.

Some galleries are powering through with their Dangdai week events, such as Chi-Wen Gallery’s Double Feature screening. The gallery will present two video art pieces by this year’s Turner prize nominee Sin Wai Kin, a performance-slash-video artist who has been prominently featured at recent editions of Art Basel and Frieze. One of the works, If I had the words to tell you we wouldn’t be here now, was first presented during Dangdai week back in 2019.

The screening of the other work, A Dream of Wholeness in Parts, filmed at the end of 2020, is something that has been a long time coming for gallerist Chi-Wen Huang. According to her, many art critics and collectors were unable to attend its premiere screening at the Eslite Art House Cinema last year.

With regard to the current situation, Huang said she was not so worried. “We don’t need to be too panicked,” she said, matter-of-factly. “We still have to work on all these art events; in June, we have a solo show, and we can’t just stop it.”

Besides, if someone really did feel unwell at her Dangdai week screening, Huang joked that she could surely just send them home with a link to view online.

In the art world, “online” is best as a contingency plan.

This year, Taipei Dangdai has not made the decision to go totally online; rather, it is live with the added OVR (Online Viewing Rooms) function – much like recent editions of contemporary art fairs like Frieze or Art Basel. Developed back in 2020, Dangdai was one of the first fairs to implement such a digital platform.

On the subject of OVRs and its successes, Robin Peckham noted that it was a very convenient tool at the time. “Some people began to suspect that perhaps there would be no need for art fairs in the future,” he said. “But soon, we discovered that while OVRs can be used to look for new works from artists and galleries, it’s hard [for buyers] to be moved by a new work through the platform.”

Similar sentiments have been echoed by many in the art world; in an interview with artnet, one gallerist stated that OVRs lacked the serendipitous flair of its in-person counterpart.

According to Robin Peckham, the live art fair functions as a place of “discovery”; when a gallery that invites potential buyers to the fair, these clients would invariably pass by other gallery booths on the way to their “destination” gallery and see something new that piques their interest.

“This is a function that I don’t think can be substituted by anything in the market so far,” Peckham said. “Auction houses can’t do it, galleries can’t do it, since they can only find their own audiences.”

“That’s why we need this kind of a large-scale exhibition event.”

Beyond connecting buyers and collectors with artists, Chi-Wen Huang also noted the importance of the gallery-art fair ecosystem for artists’ own career development. Speaking about Sin Wai Kin’s meteoric rise in the contemporary art world, Huang says Chi-Wen Gallery had a hand in elevating their status by bringing them to Art Basel.

“We cannot say Sin Wai Kin was nobody, because they were very active in performing,” she said. “But we actually tried to place them as a video artist – especially bringing them to Basel or Frieze, which gave them a lot of exposure.”

More than just representing artists and selling their works at art fairs, Huang thinks galleries play an important role in supporting artists in art-making. In recent years, her gallery has skipped out on art fair attendance and leaned into production instead – including putting together Sin Wai Kin’s A Dream of Wholeness in Parts.

“You don’t want to have a relationship with the artists as a dealer only.”

Joanna Lee is a Taiwanese-Australian freelance writer, editor and translator