Are our financial support systems solvent?

Our intense focus on the short-term investment results of pension and social support funds means we overlook their longer-term sustainability. To keep them solvent we all need to understand and be honest about who is shouldering the risks involved. 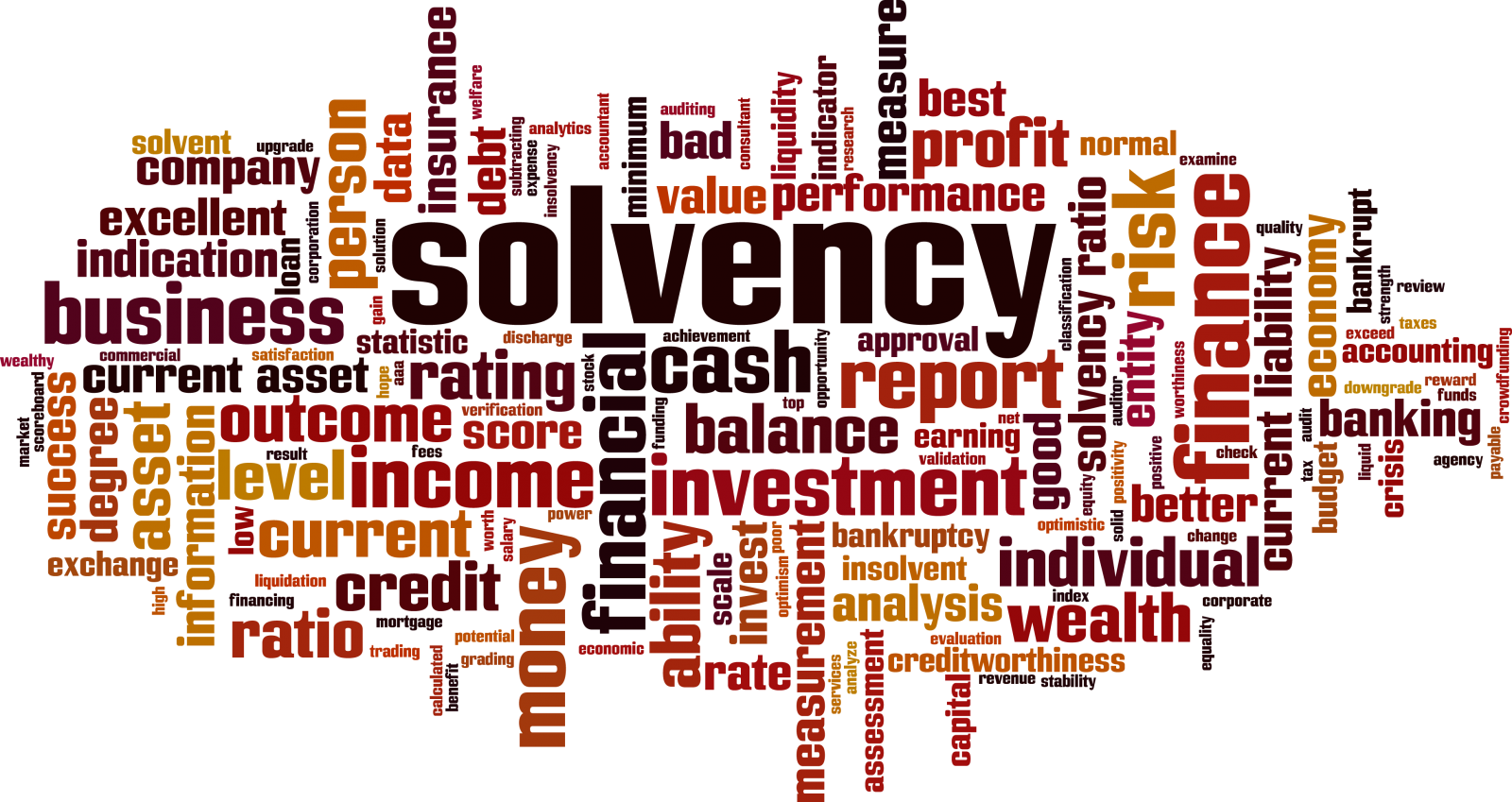 Recently, Taiwan’s Central News Agency (CNA) reported that the funds managed by the Ministry of Labor's Bureau of Labor Funds earned substantial returns in 2021 as global and local financial markets performed well despite the Covid-19 pandemic. On the face of it, that’s good news, and it would be “bad” news if it had gone the other way, right? The extent to which these statements are true depends on your timeframe: short- or even medium-term fluctuations in investment returns are of secondary, even minimal relevance when you look at long-term solvency. What is much more important is whether the amounts that are being paid into such funds are adequate or not.

Short- or long-tail? Whose risk?
Some of the funds managed by the Bureau cover what we insurance people like to call “short-tail” risks such as protecting against the risk of unemployment - the risk is defined and quantifiable, and benefits are paid out over a pre-determined and relatively short period of time. Other funds protect against longer-tail risks such as pensions. Why am I calling pensions a “risk”? Because depending on the extent to which benefits are promised, and who picks up the tab for meeting those promises, someone is facing the very long-term and largely unquantifiable risks of not fulfilling those promises. Who is, or who should be shouldering the risks of increasing longevity and the shrinking labour force? The answer to that question is one of the most important social, political and financial challenges of our time.

In this article I will focus on the risks of pensions, as this is the area that people, in general, least understand, but there are very important analogous risks elsewhere such as the funding of social security programmes and the National Health Insurance scheme.

What’s defined - benefits or contributions?
Worldwide, pensions systems fall into one of two types: Defined Benefit (DB) or Defined Contribution (DC). Taiwan is no different - it has a mishmash of both DB and DC. Each system has very different profiles in terms of who is carrying the risk of meeting expectations.

With DB systems, and as its name would suggest, the benefits you get are pre-established, usually a function of the number of years you’ve worked and the average or final salary you earned while working. The age that you get the pension is also pre-determined, and the pension is usually paid for as long as you live. A DB pension is tantamount to a promise - someone, somewhere is promising you that you will get a certain amount of pension from a specific age payable for the rest of your life. The mechanics of making sure that those promises can be kept require actuaries to make a whole bunch of assumptions, check progress against those assumptions every few years, and adjust, if necessary, the amounts that should be put into the scheme to keep it solvent now AND in the future. Usually it’s the employer, or, in the case of public sector pensions, the state that deals with the consequences of these inherent unknowns i.e., the employer or the state shoulders the risk.

DC systems don’t have any of the promises or solvency management issues of DB - all you know is how much you need to pay in. But that’s the main risk - the amount paid in, a combination of employers’, employees’ and sometimes the state’s contributions are pre-established but there is no promise or guarantee that the invested contributions will reach any specific size of retirement pot when you retire. All you can do as you go through your working life is make projections of what it might all roll up to when you retire, and then adjust your contributions if there is a projected shortfall or surplus. Most importantly from a risk perspective, when you retire you have no idea of how long you’ll live nor how long you’ll need to stretch your retirement pot of money out for - you can consult average longevity statistics, and relate the state of your health to the population average, but that’s only a guide. If you live too long you will run out of money; if you get run over by a bus after a year you would, with hindsight of course, have been too prudent. There are none of the guarantees of “pensions payable for life” that there are in DB schemes. The employee is shouldering all the risk here.

This causes friction between those who have DB schemes, largely public sector workers or those in very large corporations who can deal with the volatility, and everyone else.

Is the balance of risk right?
There is no straight answer to that question as it is entirely political. Do we think it’s fair, all other things being considered, that the taxpayer fronts the risk of DB pensions for public sector workers? What about the basic level of DB benefits that underpin most countries’ retirement and social security systems? Is it right to expect employers to deal with the inherent volatility of DB scheme contributions to keep their promises to their employees? Is it right to expect ordinary DC scheme members to shoulder the uncertainty of their future retirement largely on their own and in the midst of extremely complicated rules, regulations and financial projections?

The very same issues exist with social security and National Health Insurance - are we willing to pay in more to keep the same benefits, or would we prefer to pay the same, or less, and cut benefits instead? Do we want cuts only to affect other people, or are you personally willing to suffer cuts too?

What else can we do about it?
Unless we’re prepared to pay more or take benefit cuts, there are only three ways of keeping our pensions and social support systems healthy over the long term: have more kids, import more people, or make the same people work longer. None of those options is trivial, and none would have much impact in the short or medium term even if you were able to solve them immediately. And each of them is fraught with social and political problems.

Let’s look at having more kids: whether you look at this from the point of view of birth rates (annual number of births as a percentage of the total population) or fertility rates (the average number of children per woman of child-bearing age) Taiwan is at or near the very bottom of the world’s league tables. If we want a stable population, stable in terms of the relative proportions of people in each age group, then roughly speaking we need to double the number of kids we’re having. How likely is that? If we set it as a target, what would it mean in terms of additional maternity leave, childcare support, and having enough teachers and schools? I hear plenty of people talking about investment returns as a way of guaranteeing their future retirement benefits, but I have yet to hear anyone talking about having more children in Taiwan as a way of achieving the same aim.

What about importing more people? Well, there are initiatives underway to deal with that, the Gold Card scheme being one of them, but we are underestimating the numbers needed and the social problems that such large-scale migration might bring in terms of identity and social cohesion. We need hundreds not tens of thousands of migrants.

As for working longer, ask yourself and your colleagues how you feel about that, and you should get a rough idea of the scale of the challenge.

The Great Risk Transfer
My professional body recently undertook an exercise called the Great Risk Transfer - although some of the content is UK-specific, it does address how much the burden of transferring risk from employers to employees, institutions to consumers, and the state to people, has already taken place, how much further it could go, and whether the time is ripe for a profound rebalancing. I think it sets out the areas we need to talk about very clearly and I recommend it to anyone.

Let’s all talk
As I’ve alluded to, all these problems are intensely political and very controversial but only one thing is certain - going on like this without doing anything serious is just going to make everything worse year after year. We need to raise the profile of the problems - instead of frequently reporting on investment results, which people generally understand, the CNA and the financial press should be reporting on the other metrics that make our support systems solvent - birth rates, immigration levels, retirement ages, and contribution rates. They aren’t sexy, but they are relevant, and talking about them will at least stop us avoiding the problems once and for all.

Lee Faulkner is a Fellow of the Institute and Faculty of Actuaries, the UK’s actuarial body, and has more than 30 years’ experience in the world of financial services in Asia, Europe and Latin America. He is a Taiwan Gold Card holder and now lives in Taipei.